Why Your Dog Follows You to the Bathroom

18 People Who Lost the Online Shopping Game With a Score of 0:100

15 Head-Scratching Rules That Children of British Royalty Must Follow

15 Cult Locations Where Our Favorite Movies Were Shot, but Few of Us Noticed

18 Shots That Are So Perfect, You’d Swear They Were Photoshopped

12 Stars That Brought Disney Princesses to the Big Screen

Someone Spilled These 20 Floofers, but Please Don’t Call the Janitor 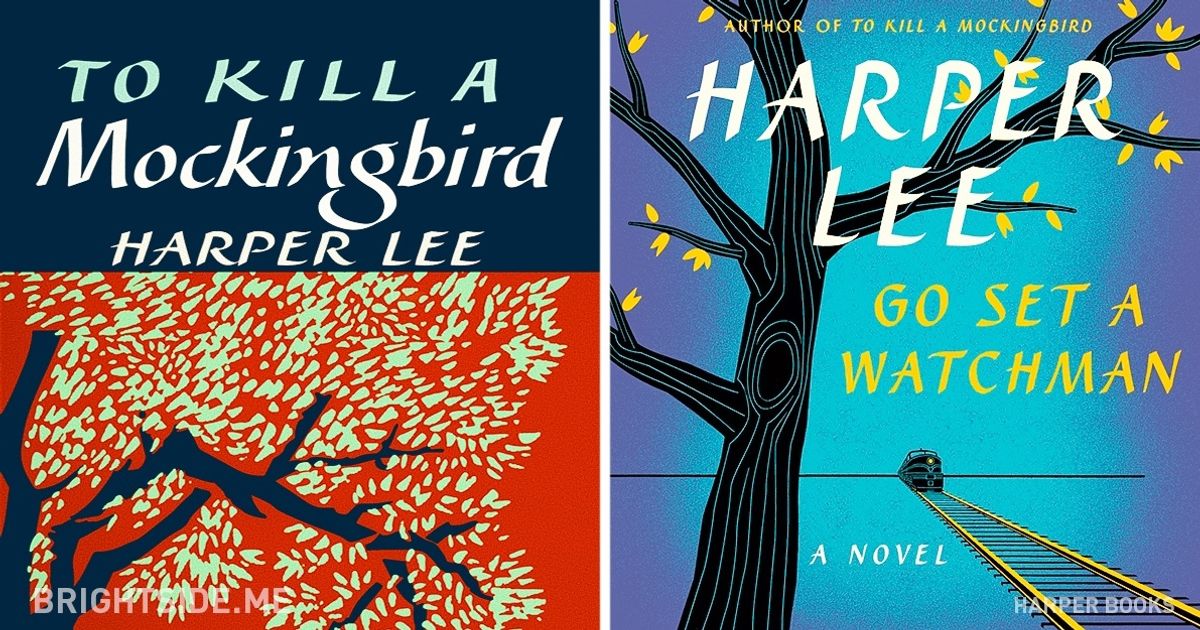 People who don’t read may find it strange, but ’’grieving’’ for a book you’ve just finished is absolutely normal. In fact, some novels are so compelling that you just can’t put them down and then, when such a book gets towards the end, you find yourself wishing that it was maybe a bit longer and had a few more pages. Thus, trying to delay finishing the story, you linger over each sentence or word choice, read only a few pages at a time and re-read passages you enjoyed earlier.

Fortunately, not all stories come to a close with the end of the book. You may be surprised, but several classic stories do have follow-ups you’ve probably never heard of. We here at Bright Side offer you a chance to take a nostalgic journey back in time with your favorite fictional characters. Here is the list of sequels of some of the most famous novels you didn’t know existed.

Harper Lee
This is the sequel to Harper Lee’s most famous novel, ’’To Kill a Mockingbird.’’ As it turned out, ’’Go Set a Watchman’’ was actually Lee’s first manuscript submitted to publishers. But because her literary agent was more interested in the character of Jean Louise as a young girl, the author had to re-write the story from that perspective. Today, readers have a chance to find out what happened to Scout Finch 20 years after the events of the first novel.
Buy

Gregory David Roberts
’’The Mountain Shadow,’’ the long awaited sequel of ’’Shantaram,’’ tells the story of Lin, a man who managed to get out of the abyss and survive. Two years after the events in Shantaram, when Lin lost two people he had come to love, he still struggles with life’s difficulties. One question is still open here: will the main hero believe in love again?
Buy

Lauren Weisberger
A film adaptation of ’’The Devil Wears Prada,’’ Lauren Weisberger’s best-selling novel, has brought the author enormous popularity. Brilliant performances by Meryl Streep and Anne Hathaway make it easy for readers of the second book to follow the storyline and understand the internal musings of the characters. Andy Sachs, the story’s protagonist, meets the love of her life and gets married. Everything seems to be going great, but her former boss can turn Andrea’s life into a nightmare.
Buy

Ray Bradbury
’’Farewell Summer,’’ the official sequel to ’’Dandelion Wine,’’ has long been out of print — it took the author half a century to publish it. In fact, it was created at the same time as the classic, ’’Dandelion Wine,’’ but the publishers thought the original work was too long and convinced the author to put off the second half until later. Thus, Ray Bradbury rewrote his novel a thousand times until he finally came up with what it is now.
Buy

Mario Puzo
This book is considered to be the sequel of ’’The Godfather,’’ a famous novel by Mario Puzo. The story revolves around Don Vito’s youngest son, Michael. The author describes the life of the Sicilian Mafia, its traditions and laws so vividly that the reader feels transported to 20th century Italy. Friendship and enmity, love and hate, betrayal and retribution — these are the central conflicts of this great novel.
Buy

Winston Groom
Winston Groom’s follow-up novel ’’Gump and Co.’’ continues the story of Forrest Gump, a slow-witted and naive, but still good-hearted and athletically prodigious man. Having overcome severe obstacles, the main hero achieves dizzying heights of success. With its fast moving plot and deep irony, the book is a must-read for all Forrest Gump fans.
Buy

Chuck Palahniuk, Cameron Stewart
Two years after the events of the first novel, Sebastian and Marla’s marriage begins to crumble. This encourages the main character to reduce the number of pills he takes so that he could unleash his old friend, Tyler.
Buy

Alexandre Dumas
Maybe not many people know this, but the fantastic adventures of the three musketeers don’t end with the end of the famous novel. Twenty years have passed since Dumas’ immortal quartet triumphed over Cardinal Richelieu and Milady, but the main heroes are still full of energy and are ready to defend the weak and fight for justice.
Buy

Annika Thor
’’A Faraway Island,’’ Annika Thor’s first novel, introduces readers to a 12-year-old girl who is sent to Sweden during the WWII. This book, though, tells the story of grown-up Stephie, who now attends school on the mainland and tries to find answers to her numerous questions.
Buy

James Dashner
The first book of ’’The Maze Runner’’ trilogy left a lot of questions unanswered. What is WCKD? Were Thomas and Teresa involved in creating the Maze? The second book tells the reader about new challenges that the main heroes have to face after they have gotten out of a deadly maze.
Buy
3-38-
7k