© 2014–2022 TheSoul Publishing.
All rights reserved. All materials on this site are copyrighted and may not be used unless authorized by the Bright Side.
7-11- 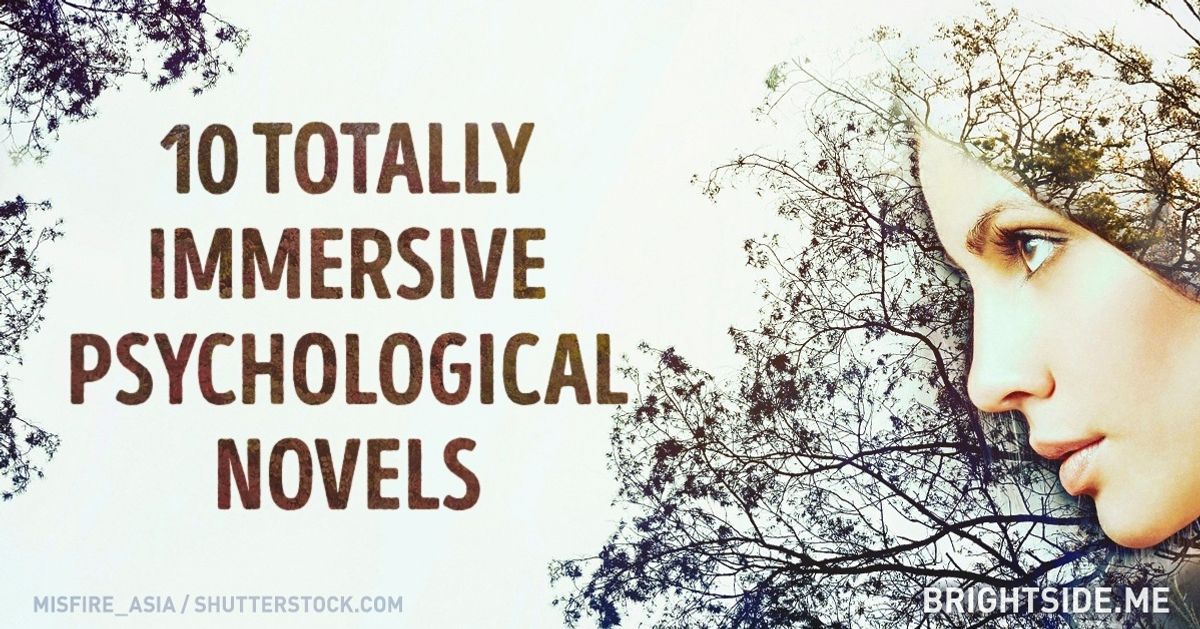 Sometimes you really want to delve into the minds of the people around you, and interpret their most irrational or unconventional behavior, thoughts, and general attitude towards life. When it comes to literature, there are plenty of psychological novels out there to help you immerse yourself in the inner world and mentality of the most eccentric characters.

Today, we at Bright Side present the ten most fascinating psychological novels that will let you see the world through others’ eyes.

A Strangeness in My Mind

Orhan Pamuk
The main character of the novel, Mevlut, earns his living by selling traditional Turkish beverages in the streets of Istanbul. The author describes him as ’a bit of a weirdo, yet with a heart of gold.’ Throughout the years, Mevlut witnesses the various transformations of the city, people and Turkey in general. All the time, Mevlut wonders what the source of his ’strangeness’ is and what makes him different from others. This novel is one of the most widely read and amazing works of Nobel Prize laureate, Orhan Pamuk.
Buy

The One Good Thing

Kevin Alan Milne
The story here revolves around a good and generous man, Nathan Steen, who always tries to carry out several acts of kindness every day. Before leaving the house every morning, Nathan puts six small stones in his pocket and uses those stones to remind him to follow the Golden Rule, moving a stone from one pocket to the other with each act of kindness. The novel is truly a harrowing story full of sorrow, kindness, beauty and inspiration at the same time.
Buy

The Ground Beneath Her Feet

Salman Rushdie
This novel describes the love of two young people, Ormus and Vina, who were born in Bombay and share enormous musical talents and skills. Eventually, they move from India to the USA where they become famous rock stars. One day, the Earth swallows Vina, and the young man turns into the mythical Orpheus trying to find his Eurydice in every woman. It’s an incredible book with a vast number of cultural and religious allusions and some elements of mysticism.
Buy

Jonathan Trigell
This is a heart-rending, emotionally-packed novel about a young man who has spent most of his life in juvenile institutions for a terrible crime that he committed in his childhood. However, the past continues to haunt his mind even after his release from prison. He struggles to forget it, start from scratch, be a part of the modern society and have the future he craves so vigorously. On the whole, the novel raises urgent issues around morality, society, family, the media and friendship.
Buy

Niccolò Ammaniti
The novel is about scared and lonely nine-year-old Michele Amitrano, for whom the world has shrunk down to the size of one thin dime. He doesn’t fully comprehend the severity of the situation and walks on the razor’s edge without being aware of it. However, he believes that there must be strong and grown-up people out there who will be willing to lend a helping hand to him. The book is about how to overcome our fears and anxieties and how we should all perform little acts of kindness regardless of age.
Buy

John Fowles
The collector is Fowles’ debut novel, which has been hailed as world’s first psychological thriller. At first, the book seems to be an ordinary thriller with a predictable plot, but once you get the grasp of the novel, you face a multi-layered story with hundreds of subtexts and well-drawn characters.
Buy

Ian McEwan
The story is set in Berlin during the Cold War, near the border of the Western and Eastern sectors. The Innocent of the title is a young Englishman, Leonard Marham, who is sent to Berlin to work on plan of digging under the Berlin Wall to tap into Russian phone lines. With a wonderful ease of writing and wit, the author describes the life, hardships and emotional state of people in post-war Berlin. It’s a detective story, a psychological thriller, and a historical drama at the same time, but above all, it’s a story about true love.
Buy

Dean R. Koontz
Imagine that something terrible is going happen to you, but you don’t even know from where to expect danger. On the night of Jimmy Tock’s birth, his dying grandfather predicts that Jimmy will experience five horrible days. It’s a poignant story about love, courage and family relationships. Koontz depicts the absurdity, mystery, hope and sadness of real life. It’s an amazing, gripping story.
Buy

The Art of Hearing Heartbeats

Jan-Philipp Sendker
Julia’s father mysteriously and inexplicably disappears, leaving her mom and two children behind. Mr. Win is a successful lawyer and loving dad, but nobody is aware of his past. Julia is at a loss and decides to travel to Burma, her father’s homeland in search of answers. There, she uncovers a sublime world of true love, compassion, happiness and great values.
Buy
Preview photo credit shutterstock.com/misfire_asia
18-191-
Share This Article