In 1877, Hermann Schaaffhausen, a German anthropologist, was the first one to try to reconstruct the appearance of a human being from the Paleolithic age using a skull. Today, thanks to this method, we can compare the real look of historical figures with their portraits and sculptures and find out what our famous ancestors looked like, even the not so famous ones.

Bright Side has decided to compare the faces of people whose appearances were reconstructed from their skulls with the pictures we’re all used to. 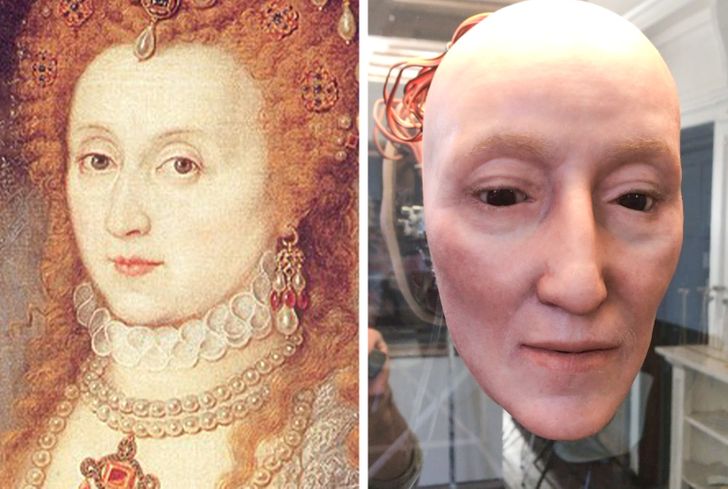 In 2018, British artist Mat Collishaw introduced his robotic project titled The Mask of Youth and reconstructed the face of Queen Elizabeth I. When she took the throne, she was only 25 years old. The Queen’s reign is called the golden age in English history. 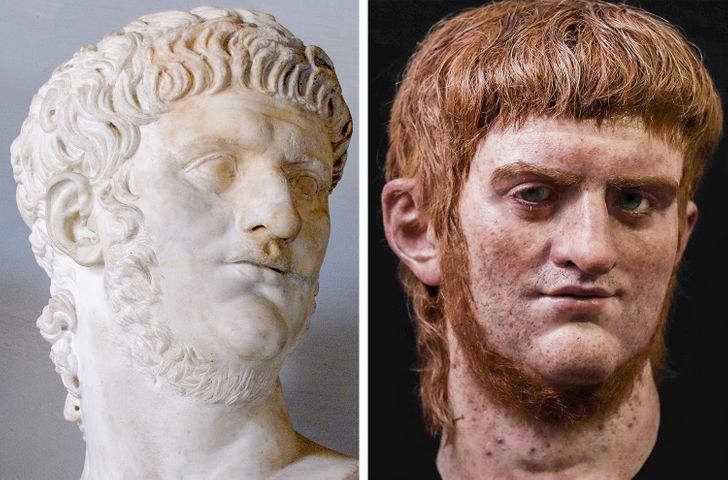 Spanish artist Salva Ruano created a project called Césares de Roma and reconstructed the faces of Roman emperors like Nero, Octavian Augustus, and Caligula. To depict them as realistic as possible, the artist examined coins depicting them and other available sources.

Nero became an emperor when he was 16. At the beginning, he was a discreet and shrewd person, but later, he revealed his tyrannical character. 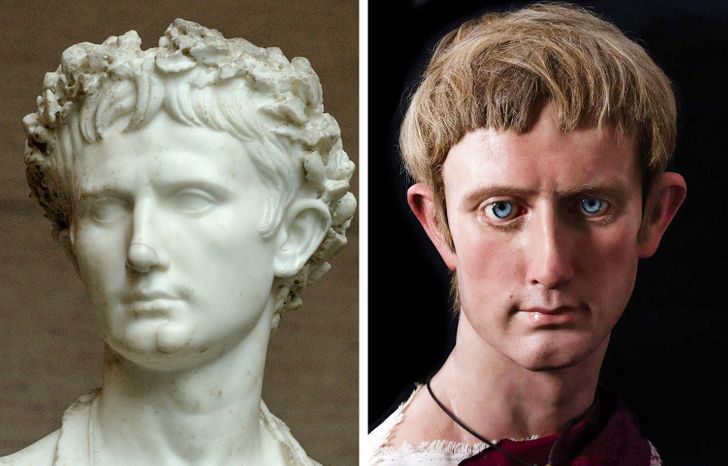 Octavian Augustus was Caesar’s great-nephew and the founder of the Roman Empire. He significantly expanded the state’s borders and became the first emperor ever. 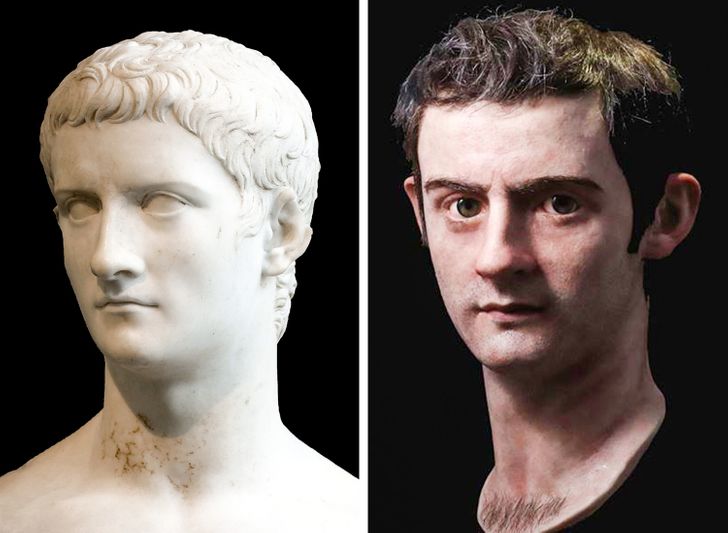 Emperor Gaius Julius Caesar Augustus Germanicus was a cruel ruler, though he used to be a pretty reserved man initially. He ruled for only 4 years and was murdered as the result of a conspiracy.

Nicholas the Wonderworker (the prototype of Santa Claus) 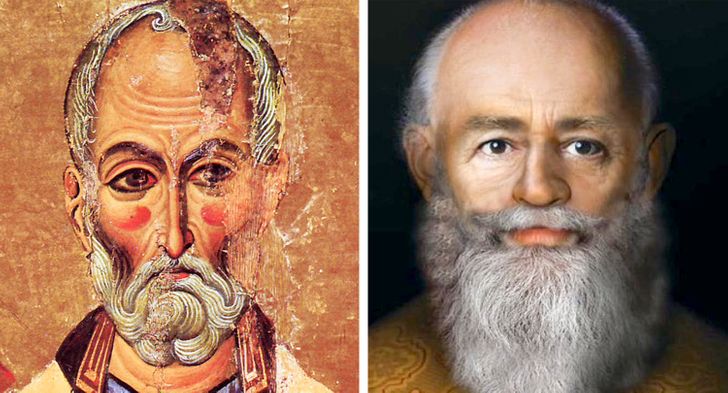 Christians call Saint Nicholas the Wonderworker. In the East, he’s considered to be the patron saint of travelers, orphans, and prisoners. In the West, he’s the patron of all people, and especially children. He’s also Santa Claus’ prototype.

In 2014, British scientists managed to reconstruct his appearance from his skull. Nicholas’ height was 5’6’’, his head was round, and his jaw was massive. 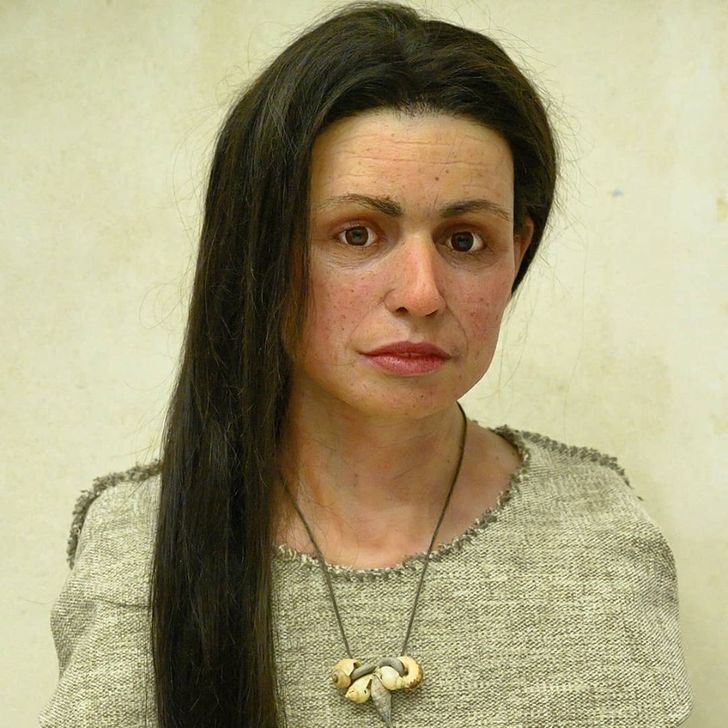 In 1996, in Gibraltar, the remains of a woman who lived 7,500 years ago during the Neolithic period was found. She was named Calpea, in honor of a rock near where the woman was buried. Her skull was deformed, but thanks to modern technologies, scientists recently managed to restore it, and in just 6 months they reconstructed Calpea’s appearance. They found out that she was a brunette with dark eyes who died when she was around 30-40 years old. 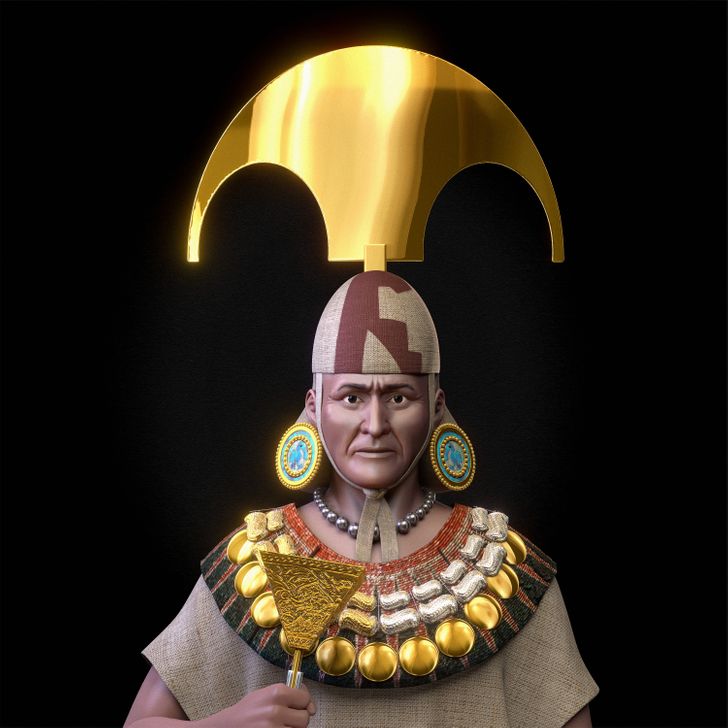 In 1987, archaeologist Walter Alva discovered the tomb of someone, who is known as “Lord of Sipan,” in the north of Peru. A ruler of the highest rank was buried there together with 8 more people. In 2016, anthropologists reconstructed his appearance and found out that he suffered from arthritis and died when he was between 45 and 55 years old. 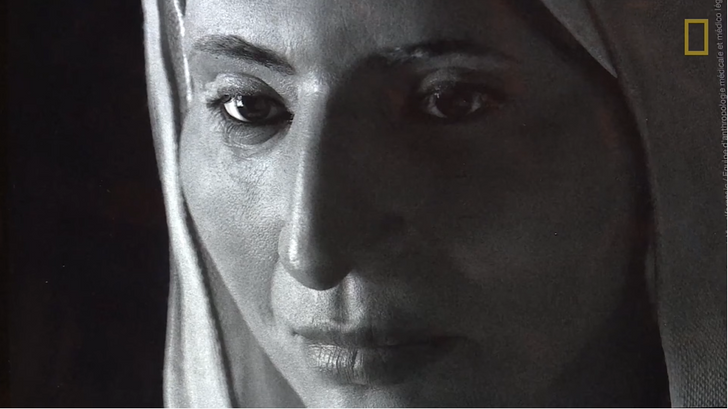 In 2017, Philippe Charlier, an anthropologist, and Philippe Froesch, a forensic expert, from the University of Versailles, reconstructed Mary Magdalene’s appearance. To recreate her look, more than 500 photos of her skull were taken and then a 3D model was constructed. However, according to the scientists, they aren’t 100% sure that the skull belongs to Mary Magdalene. 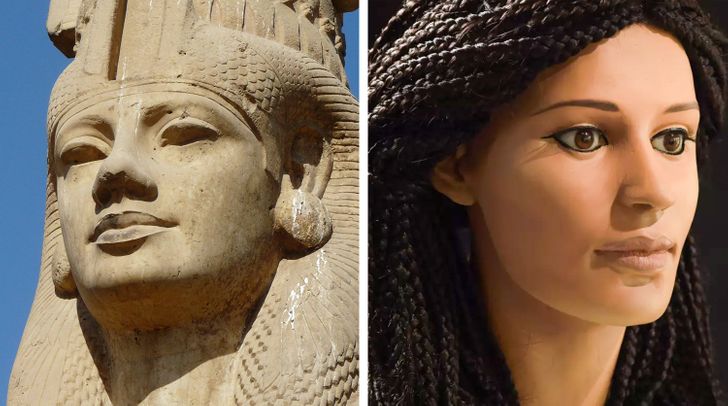 Meritamen was a ruler of Ancient Egypt and the daughter of Ramesses II. At the beginning of the 19th century, her tomb was discovered by Karl Lepsius. In 2016, her head was reconstructed by Australian scientists from the University of Melbourne. They used a 3D printer and a computer tomograph. The skull of Meritamun took 140 hours to print. 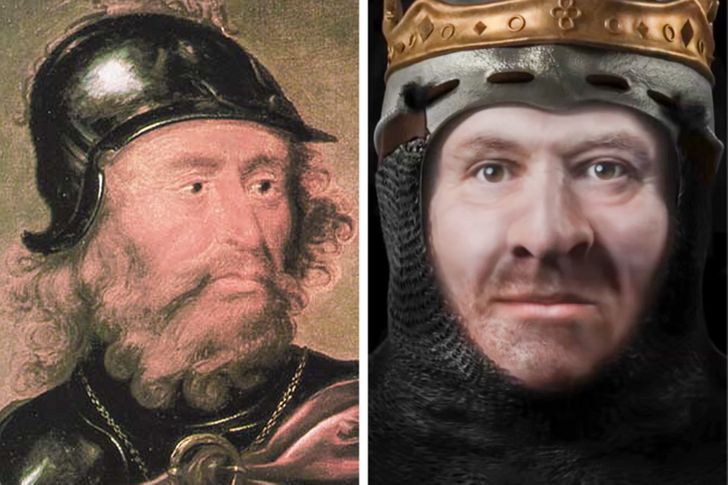 Robert the Bruce was one of the greatest Scottish monarchs and the founder of the Bruce dynasty. Several facial reconstructions were done, and scientists assumed that he suffered from leprosy. But they didn’t make a final conclusion due to a lack of data and decided to reconstruct 2 versions of Robert’s appearance: one with traces of the disease and one without. 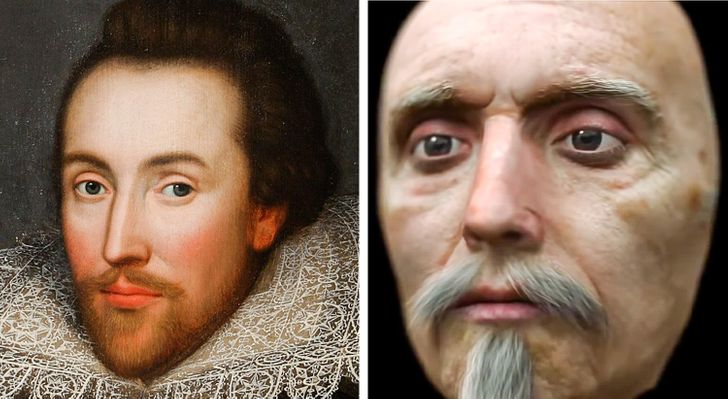 William Shakespeare is considered to be one of the most prominent dramatists in the world. After his death, there were many doubts with regards to the authorship of his works. For example, his vocabulary numbers from 17,500 to 29,000 words, but there is no evidence that he had any education.

In 1849, Shakespeare’s death mask was found in Germany. With its help, a group of British anthropologists from the University of Dundee reconstructed his face.

If you had the chance to talk to a historical figure, who would it be?