© 2014–2021 TheSoul Publishing.
All rights reserved. All materials on this site are copyrighted and may not be used unless authorized by the Bright Side.
--2-

18 Times Parents Tweeted About All the Ups and Downs of Being a Parent, and We Couldn’t Relate More

15 Famous Friends That Prove How Important Long Term Friendships Are

8 Ways to Deal With a Highly Sensitive Child

Challenge: Guess the Movie by Its Short Quote

17 Acts of Kindness the World Deserves to See 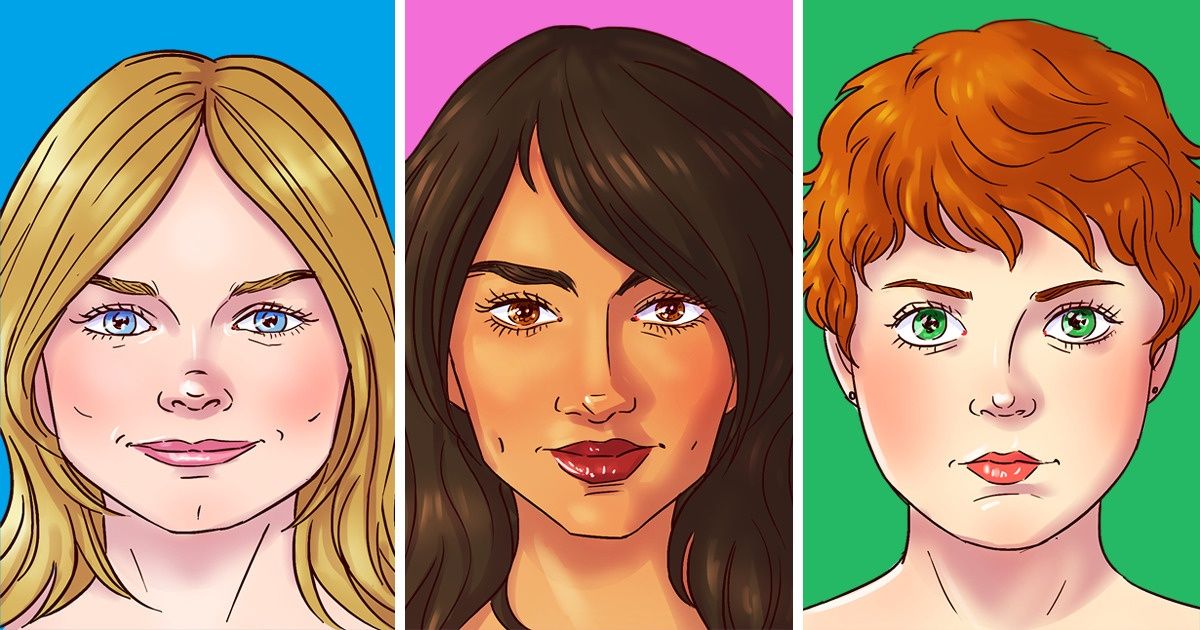 What Your Facial Features Can Say About You, According to Science

There are some facts that say there is a connection between our facial features and our personality traits. If you have a small nose or a wide face, it is not just about genetics. It can also predict your behavior and reactions. Let’s check some of the interesting conclusions that were made by researchers.

We at Bright Side continued to sift through this research and found 7 scientific results that connect appearance and personality. Also, you’ll find a bonus at the end of the article.

1. The wider your face, the more testosterone you have.

The wider your cheekbones, the more likely you are to be assertive, and even aggressive, according to science. The link was made with capuchin monkeys. Of course, if you are full-faced, it doesn’t mean that you are dangerous and aggressive. This is just to say that these people may be more likely to respond to a conflict, rather than ignore it.

2. The thinner your face, the less you’ll suffer from infections.

Scientists have found that the less fat you have on your cheeks, the less severe your illnesses tend to be, and the less stressed you get. As a bonus, the owners of slim faces also tend to have a lower rate of anxiety and depression. This could be related to your overall fitness because, generally, active people have less fat on their face and are happier.

3. Long noses don’t make you a liar, but they do make you more ambitious.

Researcher Abraham Tamir has been studying facial traits and their connection to personality for a long time. He has noticed that people with long noses can be very ambitious, have good instincts, and tend to be leaders.

4. Baby-faced men tend to be less dominant in their youth.

Scientists have shared with us that baby-faced men tend to be less dominant in their youth, but at the same time, they learn how to be more assertive as they grow up.

5. People with a high brow-line tend to be more agreeable.

At the base of a study that used the Big Five personality traits as a model, it was noticed that those people who were more agreeable tended to have a higher brow line and smaller forehead spans. The researchers noticed that those who had the same levels of conscientiousness and agreeableness, had similar faces.

6. The shorter the nose is, the more sensitive you are.

After studying 1,793 pictures, researchers noticed that people with cute button noses and short noses have an easier time showing their sensitive sides. Also, they can be kinder than others.

7. Extroverts have chins that are more protruding.

Some studies have shown that communicative people have some facial features in common as well. The more of an extrovert you are, the more protruding your nose and lips are. Also, it has been noted that their chin is more prominent and that they have better masseter muscles.

Bonus: The side you pose with can indicate how emotional you are.

After looking at all these tests and studies, researchers have suggested if you are more emotional and expressive, you tend to pose with the left cheek because it seems more photogenic. Posing with the right cheek says that you are more of a scientific type.

Do you see yourself in any of these descriptions? Do you believe that our facial features can say a lot about our character? Please, share your insight with us!