“I was the last person to board the plane and I saw that someone was already in my seat, so I asked him to move. He turned to me and I saw my own face in front of me... All the people on the plane were looking at us and laughing.”

This is the recollection of Neil Douglas, who was flying to Ireland for an ordinary wedding on a regular day. He found himself in the unusual situation where he met his own twin. Not only had the stranger twins accidentally bought plane tickets for similar seats, but they also met in a hotel later, and then in a bar (well, okay, the bar was planned).

And now just imagine that the same thing could happen to any individual in the world! You might have heard the legend that nature creates 8 identical people and puts them in different places across the world, so that at least one of them survives. And if they meet, the system fails and one of the twins dies.

We at Bright Side don’t believe these tales, but we can prove right not that, in theory, you really might have a twin.

Guy on right is the husband of my friend @elrottencrotch. Guy on left is a STRANGER he met on a flight last night! pic.twitter.com/kwBFOOEoMc

1. Only 0.1% of the genome is responsible for a person’s uniqueness

The first point here is based on the fact that 99.9% of the genome in the entire human race is absolutely identical, and only 0.1% is responsible for our uniqueness. And there are even fewer genes which determine our appearance itself. So, despite the sheer number of possible DNA combinations, identical appearances don’t seem unbelievable in theory. This could be the explanation why there are so many rumors about famous people having twins.

Of course, a full match of even this small percentage can happen only in one out of a billion cases, as with “the infinite monkey problem”: sit a monkey in front of a typewriter for long enough and eventually it will surely write the Complete Works of William Shakespeare by randomly hitting the keys on the keyboard.

Ignoring grammar, the monkey has a one in 26 chance of correctly typing the first letter of Macbeth. So far, so good. But already by the second letter, the chance has decreased to one in 676 (26×26) and by the end of the fourth line (22 letters), it’s one in 13 quintillions. When you multiply probabilities together, the chances of something actually happening disappear very, very quickly.

But still, there is a chance! 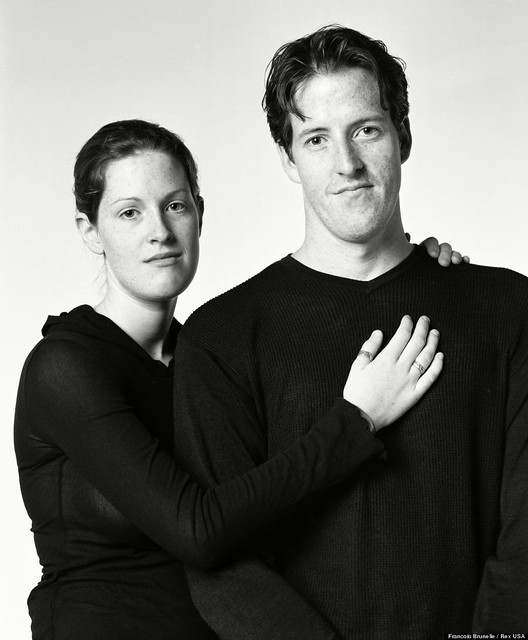 This is why, theoretically speaking, out of 7 billion people, there could be one person whose DNA matches yours to a pretty significant extent. For example, take a look at this amazing story by Valeriy Panushkin about bone marrow donors:

"If your bone marrow is assimilated into someone’s body, you get a call from the doctors. They ask you if you want to meet the recipient. If both of you agree, then you fly to meet one another.

A few years ago, I attended just such a meeting with a friend of mine, doctor Mikhail Maschan, and a group of Russian children, Mikhail’s patients, who had had a non-relative bone marrow transplant. There were 5 or 6 kids. They were waiting for the donors and eating cakes.

Then a door opened and a young, 30-year-old woman came in. She looked really confused. She didn’t know where to go, We did, though. From the first glance.

Mikhail said, ’God! That’s impossible!’ This skinny blonde woman looked like one of our girls as much as older sisters look like their younger sister. This couldn’t have been a mistake. One glance was enough to realize that the woman and the girl had matching DNA.

Mikhail came up to the blonde woman, asked the name of the girl she was looking for, and of course, the woman was looking for the girl we had in mind. Mikhail introduced himself and said he was the doctor who had performed the transplant. He took the woman across the room to introduce her to the girl. The woman was saying something in English. Then she saw the girl, froze for a second, and whispered, ’Mein Gott! Das bin doch ich als Kind!’ I don’t speak German but I understood that she said, ’My God, that’s me in childhood’. 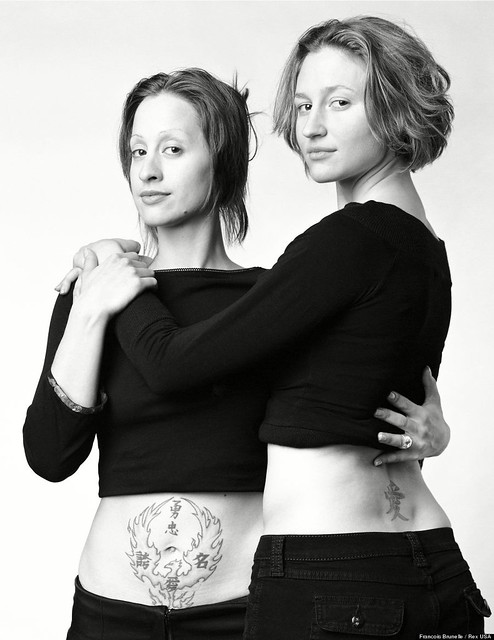 2. You might turn out to be distant (very distant) relatives

And here’s the second rationale: if you look at this question not from the point of view of genetics, but from that of mathematics, then unknown twins could simply be relatives. According to calculations, a person can have more than 250 relatives after approximately 8 generations, and within 30 generations, the number of relatives can be higher than 1 million. So, it’s no wonder that you could potentially meet your distant cousin who has the same appearance as you.

For example, while we were preparing this article, we used the photo project of Francois Brunelle, which has helped to bring together many Canadians who were separated in childhood. Who knows, maybe they’re just relatives? 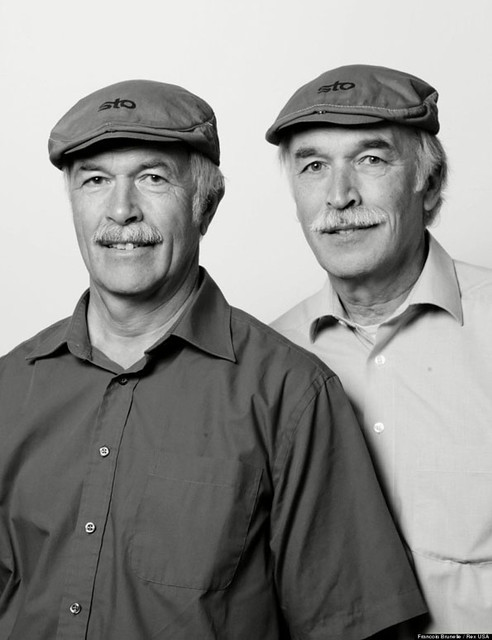 The only hope we have is that in the future, the faces of all the 7 billion people who live in the world will be in some kind of a database (like this website) — then we’ll be able to talk about looking for our twins. So far, such encounters have been miracles, unless your twin plays in some cute Hungarian movie or makes some trash art film with his phone.

And finally, imagine for a second that somewhere in the world, there’s at least one more attractive person just like you! Tell us honestly: would you like to meet the person?

2
0
2
0
20k
© 2014–2020 TheSoul Publishing. All rights reserved. All materials on this site are copyrighted and may not be used unless authorized by the Bright Side.