10 Absurd Ways Movies Are Messing With Our Reality

Movies are like “windows” to the places we’ve never been to. They show us another side of life that is different from ours in many ways. You imagine African people living in small huts in the middle of savannah or American teenagers partying every weekend. In fact, many things we used to believe are far from being true.

Get ready to shake your reality because Bright Side has something curious to show you and broaden your horizons. 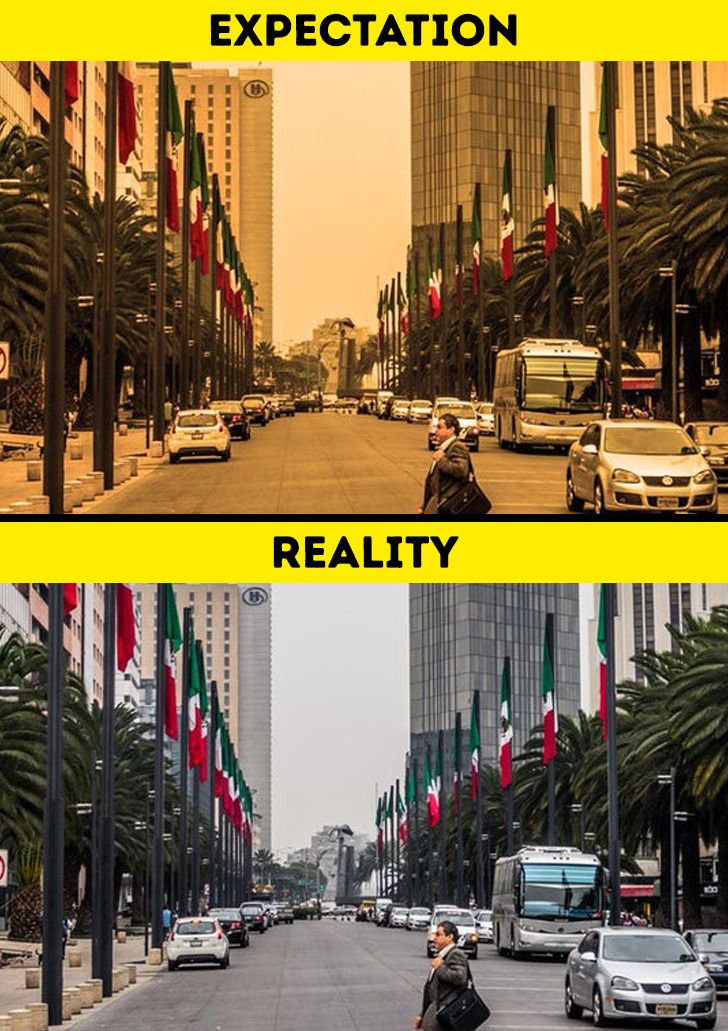 In many movies Mexico is shown through a yellowish filter, to show that it’s a hot country, but people really start to think about it this way. Of course, it’s not true. 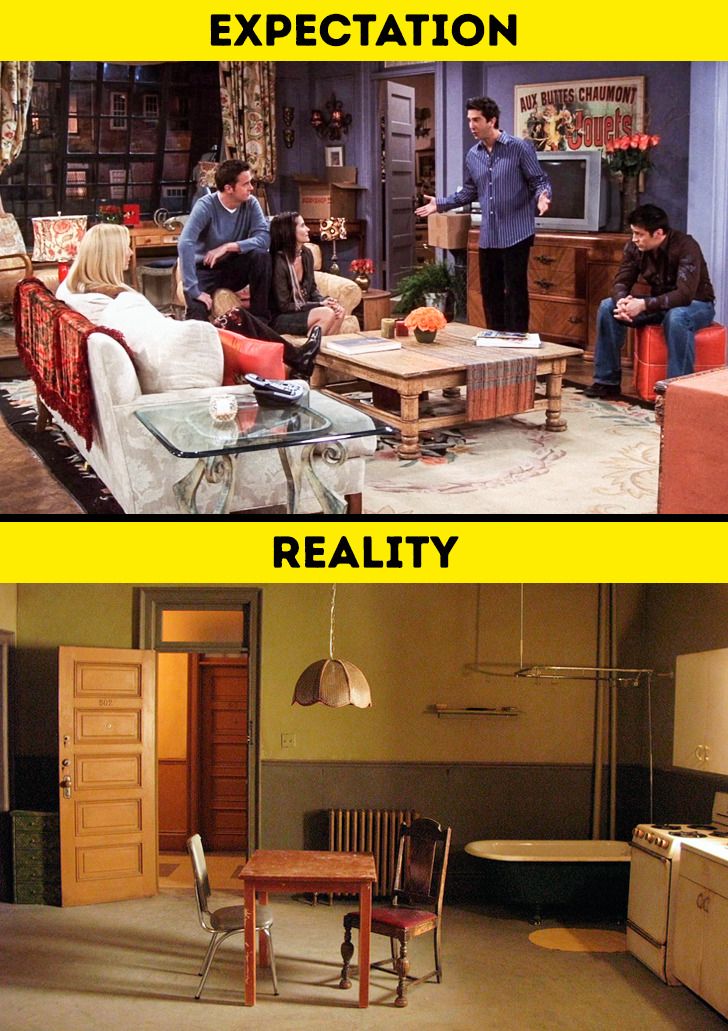 People who work regular jobs can’t afford a big 2-room apartment in Manhattan. The apartment they can afford is way closer to a tiny studio apartment that is a bedroom, kitchen, and bathroom at the same time. 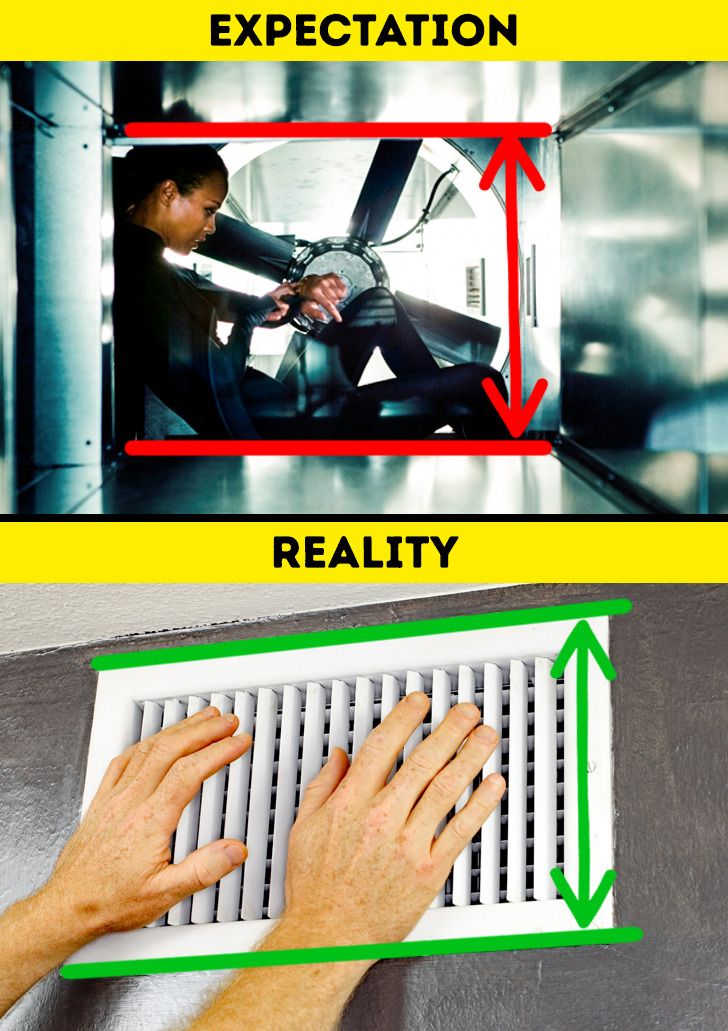 They’re too small, too dusty, and they can’t carry the weight of a person. So even if there’s an enormously huge air vent, you’d still end up on the floor.

4. A knock out is way more harmful than what’s usually shown. 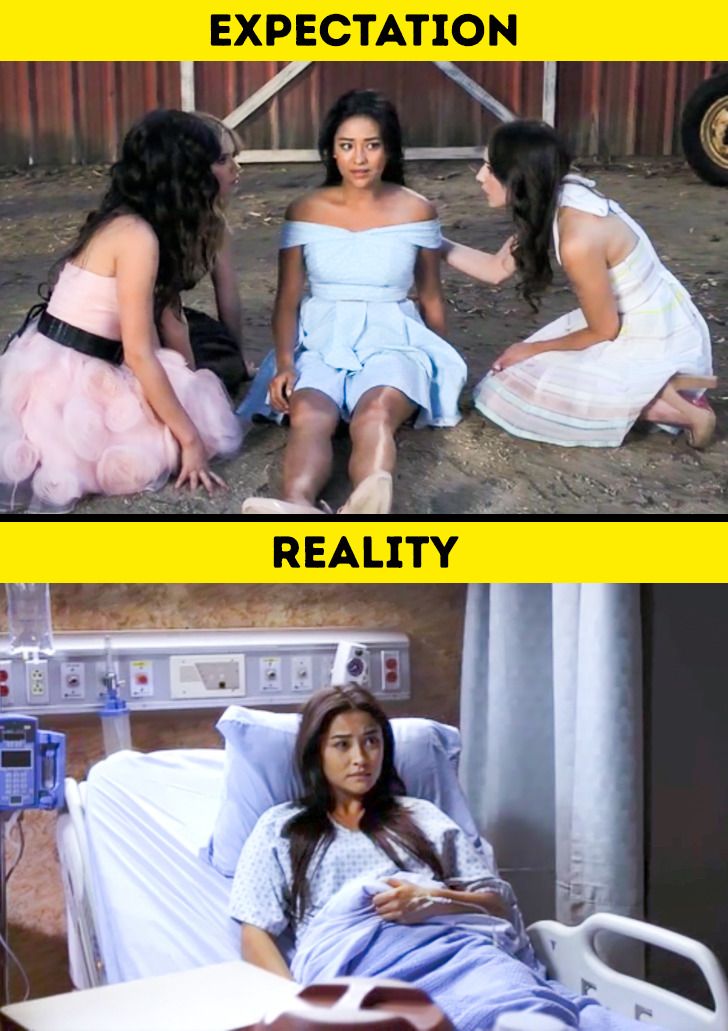 Hitting somebody hard in the head can cause internal bleeding and even brain damage. If a person lies down more than 5 minutes, it is crucial to call an ambulance.

5. Defibrillators aren’t used to bring a person back to life. 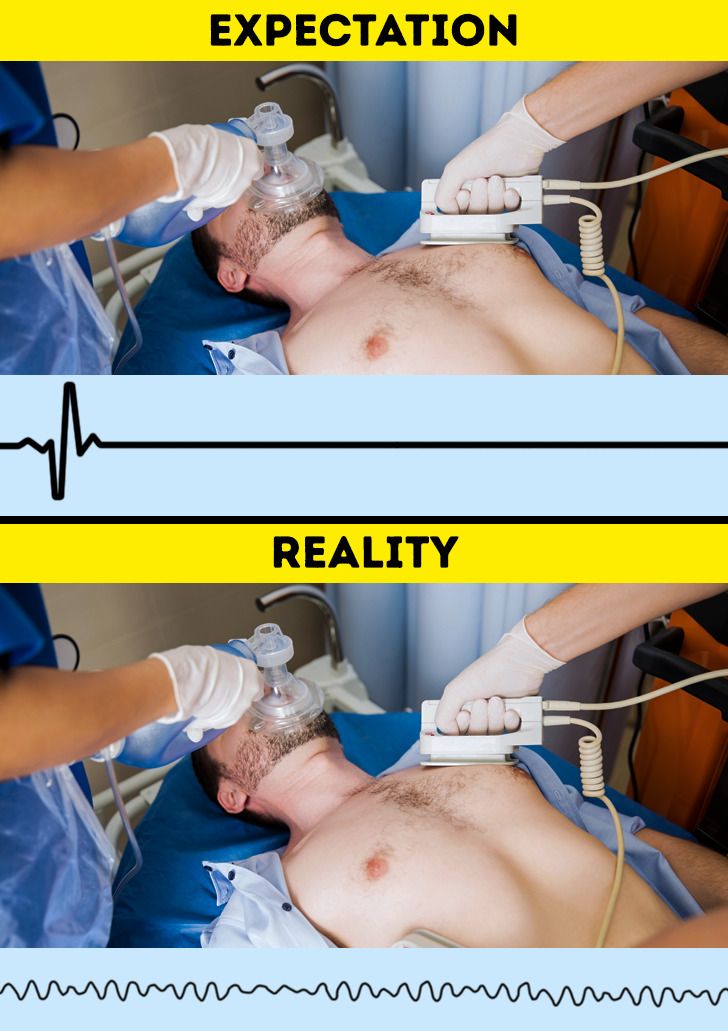 Defibrillators are actually used in instances of an irregular heartbeat — in order to improve it, and not in the cases where it has already stopped. And, to tell the whole truth, no one rubs the paddles together on the defibrillator either. 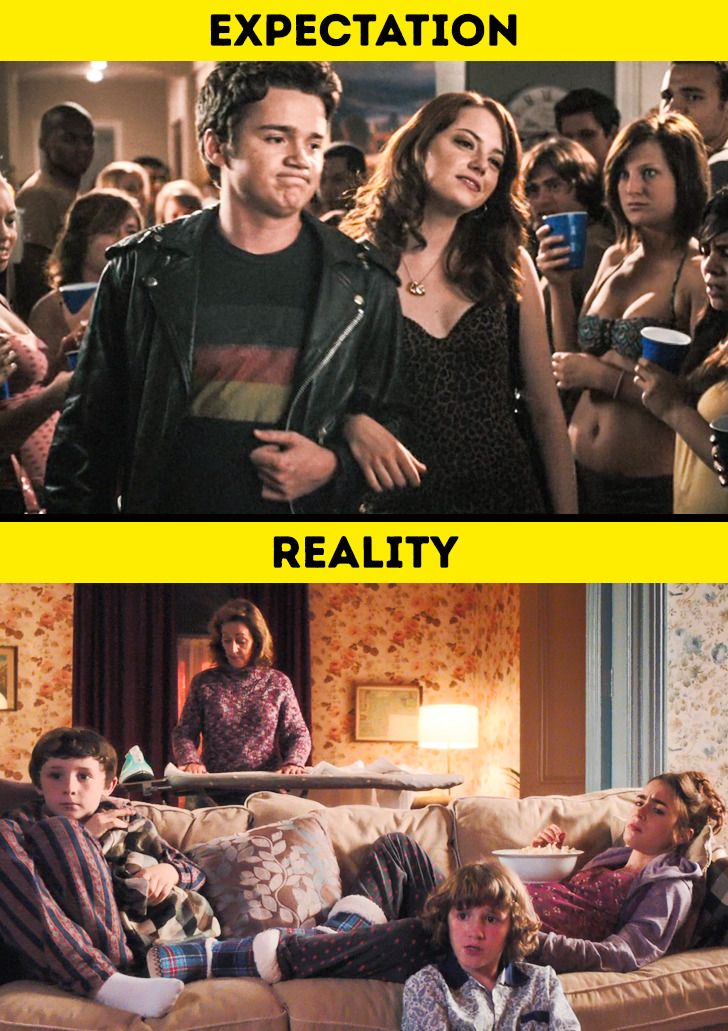 In many American teen movies there are house parties for the whole school, but in reality, this doesn’t really happen. Even if someone throws a party once in a while, the whole school doesn’t come, since teens prefer to hang out with their friends and not with people they don’t even know.

7. Not all American high-schoolers are crazy about school spirit. 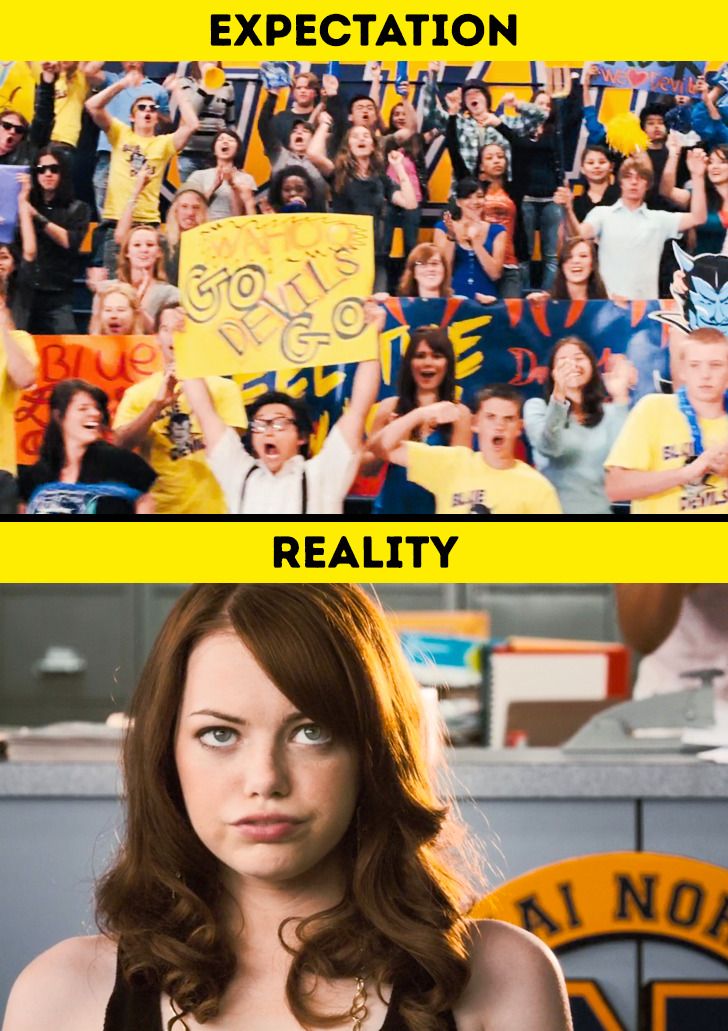 Although major school spirit and huge school sporting events are shown in teen movies, usually the only ones who care that much about it are the cheerleaders and those who are on the school’s teams. 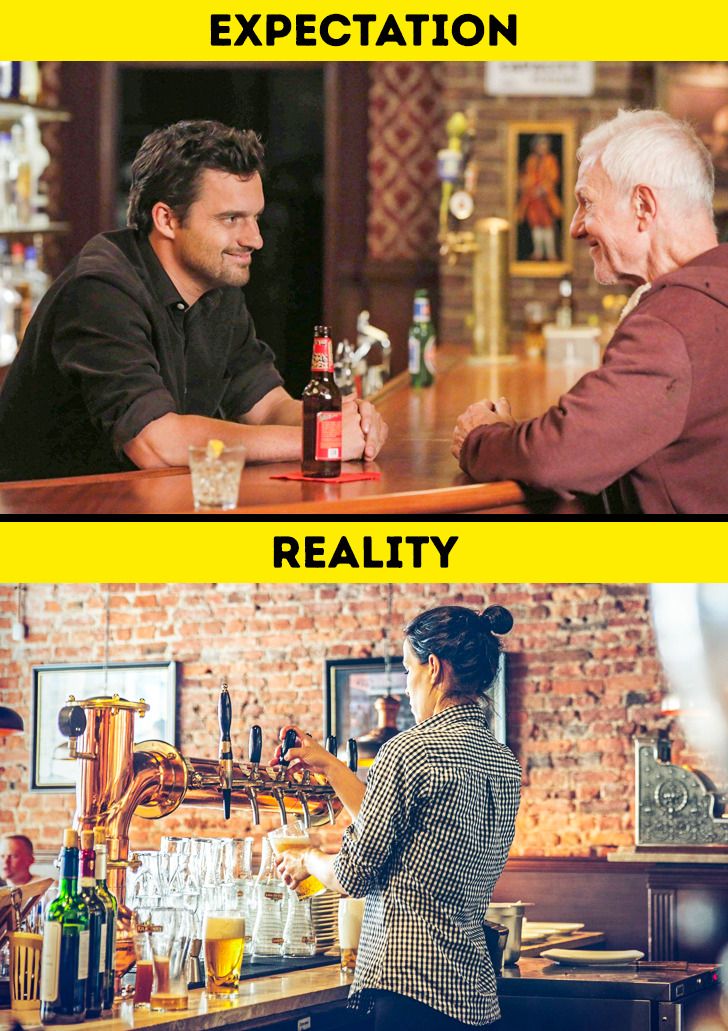 They also don’t remember every “usual” drink and don’t polish glasses all the time. 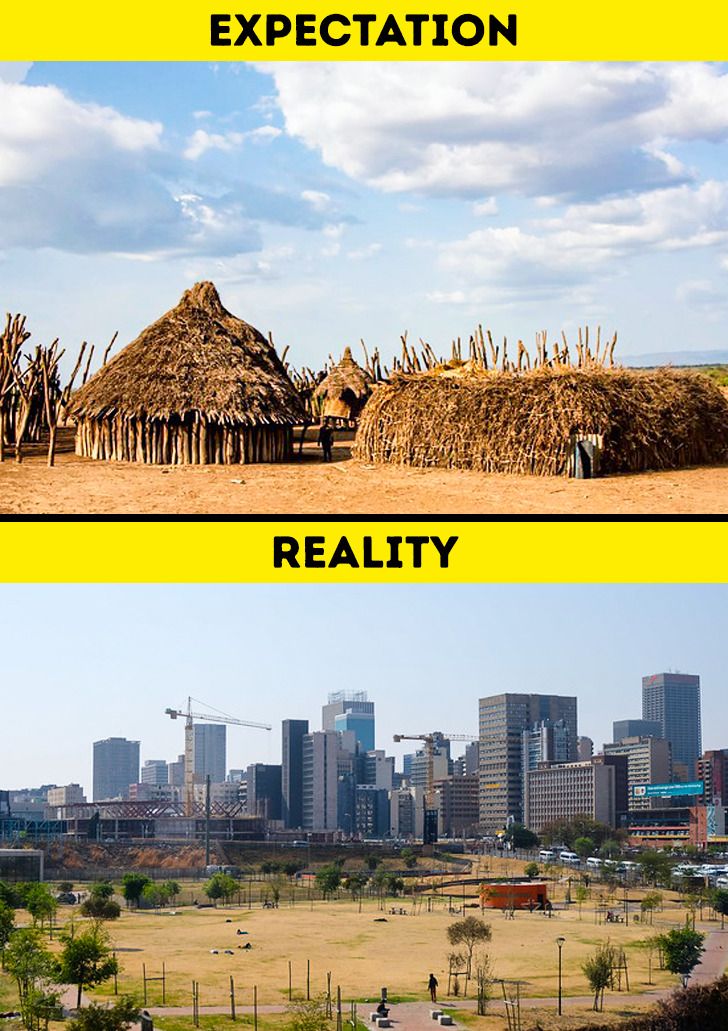 In many movies, Africa is represented as a place with no civilization, where people hunt animals, and don’t know what the internet is, but this is not true. Of course, there are still places where people lack water and live in terrible conditions, but Africa isn’t all like this and it hasn’t been for a long time already.

10. There are no loud noises in space (in fact, there’re no noises at all). 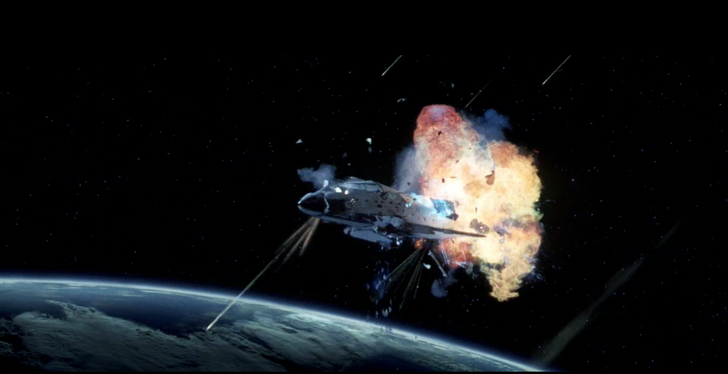 In many movies, space explosions are accompanied by a loud noise, which is not true at all. Space is a vacuum, so we can’t hear a thing.

What funny trends that aren’t actually true have you noticed in movies? Share with everyone in the comments and let’s debunk some movie lies!