© 2014–2022 TheSoul Publishing.
All rights reserved. All materials on this site are copyrighted and may not be used unless authorized by the Bright Side.
6510-

20+ Photos That Have More Drama Than Any Movie

15 Tricky Riddles That Will Give Your Brain Its Daily Workout

15 Pics That Prove All Parents Deserve a Gold Medal 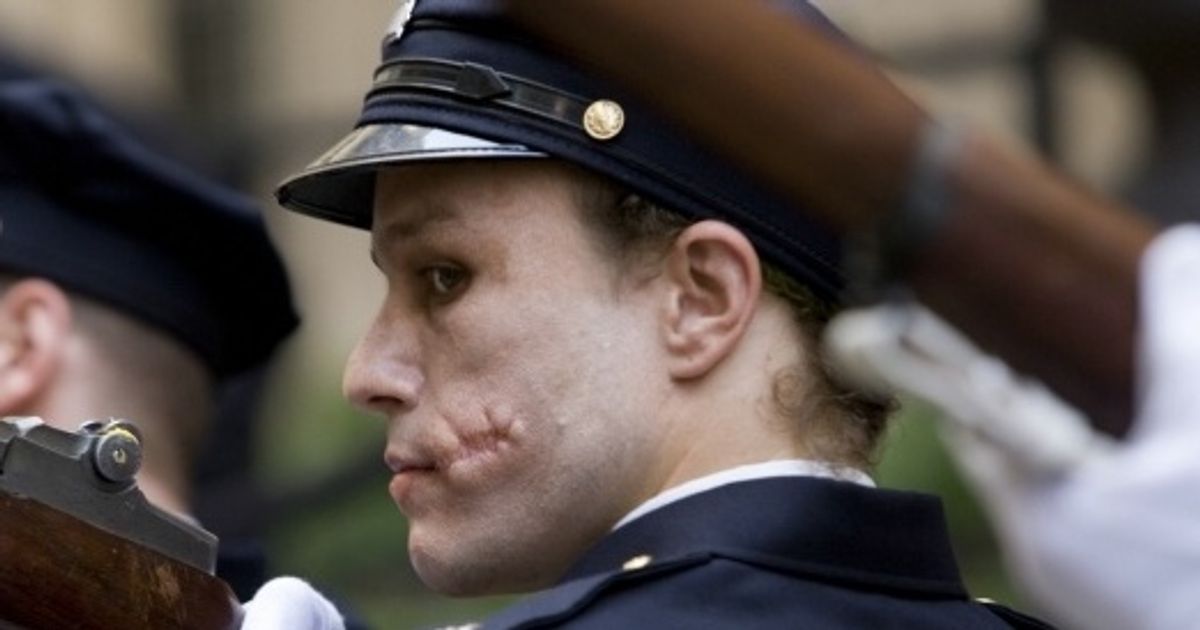 Some moviegoers tend to interpret the events in famous movies in their own way, finding hidden signs and messages. Thanks to their active imaginations, incredible theories spring to life, making the films themselves even more captivating.

Today Bright Side presents a collection of crazy ideas from true cinema aficionados, guaranteed to make you see many big screen adventures in a new light!

This theory concerns the movie The Dark Knight (2008) and claims to explain Heath Ledger's character's abundant knowledge of weapons and explosives, as well as to nail the origin of his physical and mental scars. Some fans cite lines from the movie where the Joker talks about people's indifference to things like a "truckful of soldiers" getting "blown up." Perhaps this supervillain is simply a victim of post-traumatic stress disorder?

9. James Bond is not a specific person but a codename assigned to different agents.

In the Bond movies, the callsigns "Q" and "M" stay the same, yet the people that bear them grow old, die, and replace each other. Why not apply the same logic to the famous 007? As for the fact that all the Bonds drink martinis "shaken, not stirred" - this might be some kind of corporate ethics that each new agent has to adhere to!

8. Gandalf wanted to send the eagles into Mordor all along.

Fans of The Lord of the Rings often wonder why Gandalf didn't just summon the eagles to fly Frodo into Mordor so he could destroy the Ring quickly and safely. According to one theory, the wizard wanted to do just that but decided he'd share his plans with the other members of the Brotherhood after they'd reached the forest of Lorien, where they'd be hidden from the Eye of Sauron. In the mines of Moria, as he was about to fall into the bottomless pit, Gandalf shouted, "Fly, you fools!" It's a pity no one understood him properly.

7. All the events in Grease are actually Sandy's dying visions.

In the song "Summer Nights" at the beginning of Grease (1978), John Travolta's character mentions that Sandy nearly drowned during their first meeting. One popular theory states that the girl actually didn't survive and that all the goings-on in the film are her dying visions as Danny vainly tries to resuscitate her on the beach. At the end of the movie, Sandy and Danny get into a red convertible and the car takes off into the skies - this must be the actual moment when the girl dies and heads for Heaven. Adds a whole new positive dimension to the story, doesn't it?!

Some people believe that this character's clumsy and idiotic antics were just a skilled pretense. In fact, Binks was a cunning Sith, long in the service of the Dark Side of the Force. No wonder his actions brought so many problems to the good guys! And in Episode 3, Jar Jar actually became a member of the corrupt Galactic Senate. A number of fans out there are certain that Binks helped Palpatine come to power and destroy the Jedi...

5. Neo is a machine, and Zion is just another level of virtual reality.

It's easy to get lost in the layers of meaning of The Matrix trilogy (1999-2003), even without inventing additional theories. But this doesn't stop some ardent moviegoers! This time, they've come up with the idea that Neo is actually a machine, and the underground city of Zion - the last bastion of humanity - is just another level of virtual reality, created (wait for it!) by humans to keep the machines under control.

4. Jack was a time traveler who came to the Titanic to prevent Rose's suicide.

According to some fans of this James Cameron movie, Leonardo DiCaprio's character was sent to the Titanic from the future to save Rose. If she jumped into the water, the ship would've had to be stopped, and, because of this delay, the collision with the iceberg would never have occurred. As a result, the course of history would have been changed forever. Why it was so important to save Rose and not all the other passengers on the ship remains a mystery. Unless, of course, Rose was the great-grandmother of John Connor from The Terminator!

3. Mad Max is one of the 4 Horsemen of the Apocalypse.

One can find many symbols and metaphors in the post-apocalyptic movie Mad Max: Fury Road (2015). For example, viewers point out the similarity between some of the characters and the Horsemen of the Apocalypse. Immortan Joe is Conquest or Pestilence, The Bullet Farmer is War, The People Eater is Famine, and Mad Max is Death.

One legend says that the devil takes out a person's soul through a hole in the back of his or her neck. In the movie Pulp Fiction (1994), crime boss Marsellus Wallace sports a band-aid precisely at this spot on his body. The code to the strange suitcase is 666. When it's opened, we see an eerie light coming from within. Finally, Marsellus seems to care a lot about this suitcase. Hmm...it all fits!

1. Hogwarts does not exist. The world of wizards is a figment of Harry Potter's imagination.

Some fans of the Harry Potter books and movies suspect that the whole world of magic is simply a daydream, concocted by the mind of a lonely unloved boy who spends his days in a cupboard. Hogwarts, friends, various adventures - Harry made all this stuff up to escape from his dreary reality. Besides, this explains the fact that he just happens to be the most important person among wizards. The Boy Who Lived...a delusion?