© 2014–2022 TheSoul Publishing.
All rights reserved. All materials on this site are copyrighted and may not be used unless authorized by the Bright Side.
15-9-

Test: Find the Odd One Out in Less Than 7 Seconds

18 Pics That Prove Dads and Pets Have the Strongest Bond 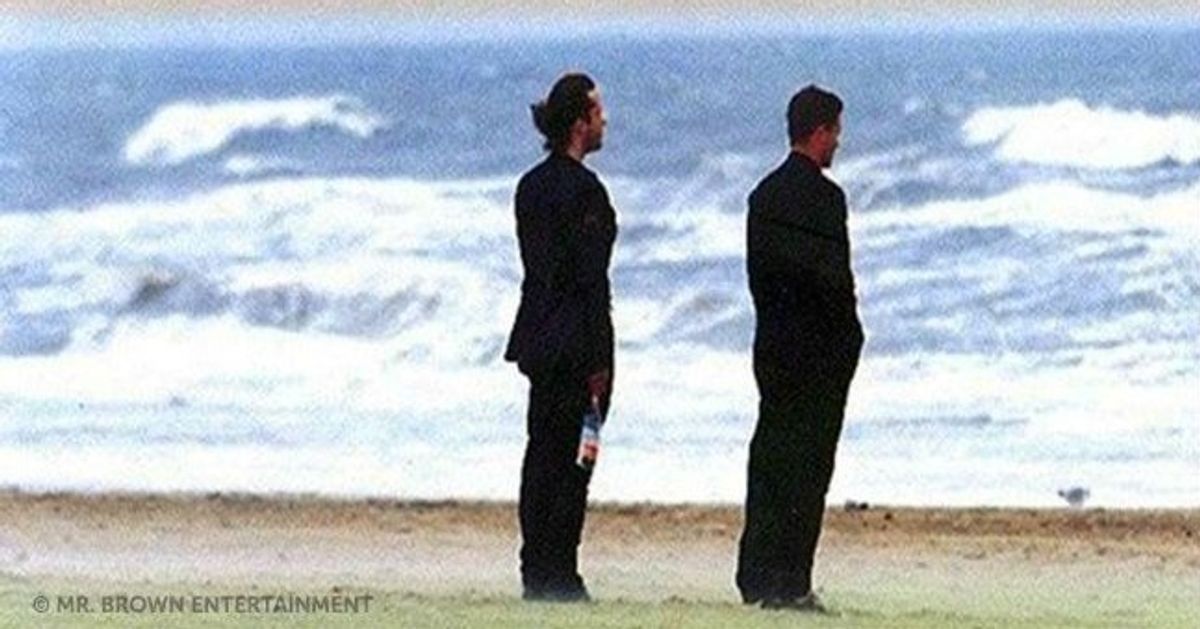 10 Movies That Make Even Men Cry

People say men don't cry. Yes, women are more emotional creatures, but it doesn't mean the severe half of humanity cannot be sentimental. Even they can get misty-eyed and sad when watching touching movies.

Bright Side collected 10 movies to prove it.

A music professor on his way from work met a lost puppy at the station. Taking him to his house, he couldn't even imagine their friendship would last for many years, becoming an example of a dog's sincere love and devotion to a human.
It has been proved many times: this tear-jerking story, based on real events, makes even the most unsympathetic people wanna cry.

Two patients, lying in the same hospital room, have disappointing diagnoses: they don't have long to live. Having decided it's not worth spending their last days in gloom, they run away from the hospital, steal a car, and go on a trip to the sea. On their way, they get into funny and sometimes dangerous situations. A great movie about life, death, fateful dreams, and eternity.

A massive black man accused of killing two girls gets sent to death row. The prisoner stands out not only for his noticeable appearance but also because he has a magical divine healing gift. In the course of communication, the prison warder starts to doubt whether this remarkable man was really guilty.

Deep, philosophical, sometimes hard - The Green Mile is one of the best adaptations of a Stephen King novel.

My Name Is Khan

Indian movies are usually full of songs and dances, but not this time. This surprisingly touching movie tells the story of Rizwan Khan, who suffers from Asperger's syndrome. He goes on a trip across America in order to return to his love. His wife left him after the attack on September 11, 2001, when the world's attitude toward Muslims changed dramatically. During his journey, he wins the hearts of people with his kindness, peace-loving nature, and sincerity.

The story of Oskar Schindler, a successful businessman and member of the Nazi party, who saved the lives of over a thousand Jews during the Second World War. The movie is a tribute to his heroic deeds, and it's a masterpiece that will shake you to the core with its depth and realism.

The world of Michael, suffering from cerebral palsy, literally turns upside down when a new patient, Rory, arrives at the home for the disabled. Rory is limited to a wheelchair due to muscular atrophy. The young man not only doesn't whine about the unfairness of life but shows enviable vigor, living his life to the fullest. Infecting Michael with his positive attitude to life, he shows him new opportunities for joy.

This wonderful movie makes us reconsider our views of life and start to appreciate what's forgotten in the everyday hustle.

During the Second World War, Guido and his young son fall into a concentration camp for Jews. The man, wanting to save the boy's life, tells him everything that's happening is a game, and the winner's prize is a real tank. In order to "win," one shouldn't let the guards notice them. The boy believes in his father's story and begins to skillfully hide in a barrack to remain alive.
A good movie, demonstrating love and kindness, making you cry and laugh.

Ben Thomas cannot forget a car accident where seven people, including his fiancée, died because of his negligence. Haunted by his guilt, he finds a way to correct the error of the past. Sacrificing his body organs to terminally ill people, he helps them survive and thereby compensates for the losses of the accident. Everything becomes complicated when he meets Emily and falls in love with her. No one can hold back tears while watching the mental torment of the main character.

Maggie dreams of a boxing career. Frankie Dunn is a coach beaten down by life and not very enthusiastic about training the new girl. Yet seeing her persistence and furious desire to become a champion, he agrees to take her under his wing. A decisive tournament is ahead. The chances for victory are high, but fate decides to play a cruel joke. The movie is about the inner struggle, about the desire to fulfill a dream regardless of anything.

The great warrior Maximus was to become heir to the throne of the Roman Empire. Having learned this, the Emperor's son condemns him to death. Miraculously saved from death, Maximus becomes a gladiator. He again has to face his nemesis, but now the scene is the gladiatorial pit of the Colosseum. Russell Crowe's strong dramatic play wins our hearts from the first minutes of the movie. And then there's the climax, where the audience begins to cry their eyes out.