© 2014–2022 TheSoul Publishing.
All rights reserved. All materials on this site are copyrighted and may not be used unless authorized by the Bright Side.
16-121

14 People Decided on Drastic Hair Changes and Never Regretted It

18 Photos That Allow You to Travel Through Time

21 Pics That Prove Love Goes Beyond Any Species 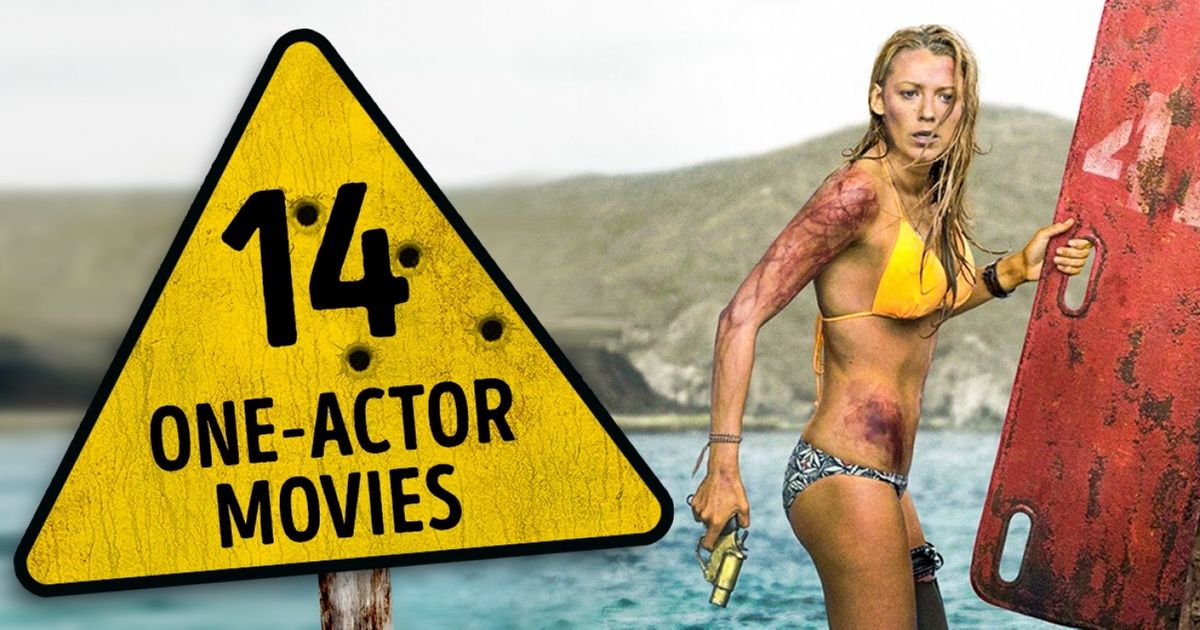 14 Movies With Only One Amazing Actor

There's a category of movies "created" by only one actor. And this actor performs in such a way that you cannot keep your eyes off the screen. Sometimes such movies stick in our memory for a long time - much longer than those with multi-million budgets and lots of celebrities.

We at Bright Side decided to remember some great movies with one (or almost one) actor.

Yes, sometimes other actors appear, and in the end you can find Jim Carrey. The movie's not riding on him, but on Steve Oedekerk. Just don't be nitpicky. Steve's character is practically doing nothing for the whole day but grumbling, complaining, and getting on everyone's nerves. But he does it in such a funny and masterful way that the movie's certainly worth watching - at least once.

The triumph of human will in the face of natural forces, fate, destiny... We can understand the plot in various ways. The most important thing is that this movie's about a surfer on a tiny island who has been attacked by a shark, and it touches a nerve. Because somewhere deep down we're all afraid of facing an inexorable danger we cannot deal with.

The first feature film by Steven Spielberg that immediately showed both critics and audiences that he was no less than a brilliant director. The movie made in just 13 days remains an unsurpassed picture in a sense. A simple story about a driver who's chased by a demonic big rig turns into a parable about a faceless evil. But don't let the word "parable" confuse you - it's a real thriller, and it keeps you on your toes from the very beginning. And then these giants on the road - aren't they terrifying?

Despite his age, a tall, tanned, good-looking man travels on a luxury yacht along the Indian Ocean. But suddenly everything changes, and he's left alone with the abyss. He'll have to fight a fierce force of nature - for his own sake and for the sake of those left on the shore.

Chuck Noland's fate mercilessly made him look at his remaining years from another perspective and rethink his priorities. The engineer was marooned on an island after his plane crashed into the ocean. But Chuck was lucky enough to survive. Now he has to spend many painful years on a desert island, constantly fighting for the right to live.

This list wouldn't be complete without "Locke." A great chance to admire a close-up Tom Hardy. And the movie is worth watching: within an hour and a half we can see how the life of Ivan Locke, who used to control everything, breaks into pieces and descends into chaos. Despite the fact that the only person we can see is Tom Hardy, there are lots of plotlines weaving together.

An unusual and funny experiment from famous director Steven Soderbergh, well-known as a person who loves to search for new forms. The movie's a one-man show, or better to say it is the monologue of Spalding Gray, a writer and an actor, which is interrupted from time to time by a variety of short scenes. Gray has a lot of fans in the USA, and his TV shows are a cross between a stream of consciousness and stand-up comedy.

Zulo is a philosophical and very realistic movie that deeply explores the facets of the human psyche. Miguel, a 40-year-old man, wakes up one day to find himself in a dark pit laid out with brick. All he has is a bucket and blanket. The man was thrown there by two kidnappers in masks (we almost can't see them), who occasionally throw down a cigarette, a piece of cheese, or a candle. And only over time, when Miguel is no longer concerned with physical survival, does it turn out that he knows his captors very well.

Mike Enslin writes horror novels, but he doesn't believe at all in supernatural phenomena and ghosts. He never had a chance to see them himself. Never before...until he decided to come to the Dolphin Hotel and check into notorious room 1408. In this movie, John Cusack performs one of his most eccentric characters and reveals all his potential.

The Man Who Sleeps

This French movie explores the solitude of a man who doesn't want and doesn't feel anything. This is a chronicle of the rejection of the external world and a slow dive into complete detachment - an accurate description of a gradual distancing from people and things. Don't let the black and white colors confuse you - it makes the impression and emotions after watching even stronger.

This movie is based on a play by Jean Cocteau and invites us to enjoy the amazing actress Ingrid Bergman. She plays a woman who calls her beloved the day before his wedding and tries to explain herself. The conversation starts calmly, but within the hour the woman comes to total despair. For movie lovers, it's an hour of pure pleasure.

Paul worked under contract in Iraq. During an ambush, he lost consciousness, and after a while found himself buried in a wooden coffin. He'll have to get through an unimaginable number of terrible psychological attacks and make a lot of physical effort fighting for his own life.

Just try saying this is not a movie of one actor. It's almost a one-actor show, where all the other minor characters are no more than decorations. You surely haven't seen this Tom Hardy yet - he's perfect as a savage Charles Bronson, "the most dangerous British criminal," dreaming of fame.

Sam Rockwell playing himself is so great that this movie's remembered every time it comes to one-actor movies. We couldn't help it either. This is a touching story about a man who spent three long years on the Moon, alone and isolated but for the robot Gertie (with Kevin Spacey's voice). His contract comes to an end, and two weeks before coming back to Earth he meets his replacement. But there's a strange thing: he's Sam's spitting image.

Of course, this is not the end of a great one-actor movie list. There are such movies as "127 Hours," "Gravity," "Phone Booth," "Brake," and "Life of Pi." You can read about them here.

Don't forget to write the titles of your favorite one-actor movies in the comments.