© 2014–2022 TheSoul Publishing.
All rights reserved. All materials on this site are copyrighted and may not be used unless authorized by the Bright Side.
12-81

8 Signs That Bugs Have Moved Into Your House

7 Common Signs That You’re Consuming Too Much Bread

17 Pics That Remind Us the World Is Full of Warmth

How 10 Places Have Changed Their Cityscape Over Time 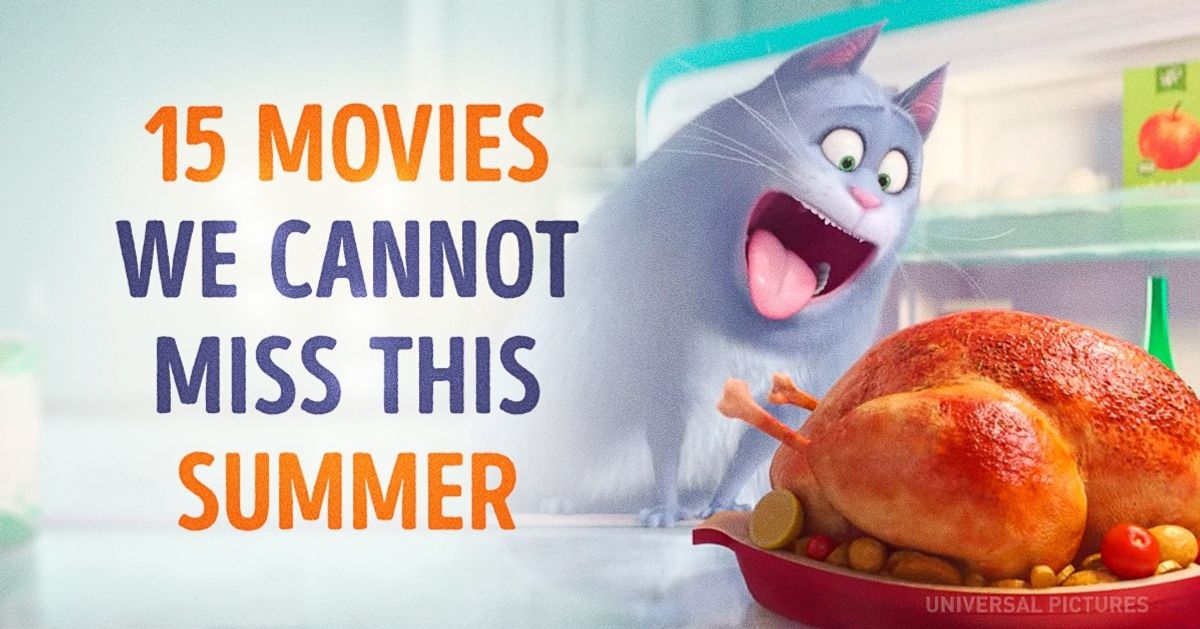 15 movies we need to watch this summer

Summer is a time for vacations, relaxation, long hot days, and warm nights. Of course, we should go to the sea, go camping, meet our friends, enjoy the fresh summer air - everything but sitting at home in front of the TV day and night. But these movies are worth spending a little bit of our precious time on.

Bright Side collected the most anticipated movies of summer 2016, and we want to share this list with you.

The action takes place three years after the first movie. The world's best magicians, who call themselves 'The Four Horsemen,' get a new challenge from an unknown enemy. That means new puzzles and enchanting tricks, which are almost a real magic, are waiting for us. The charming and charismatic 'Horsemen' will fight evil once again, making a great show of it.

The Legend of Tarzan

Tarzan, who was raised by gorillas, also known as John Clayton, the lord's son, returns to the jungle after years spent in London. There, in the place that he considers to be his home, Tarzan has to fight evil in the form of a cruel diamond mine's leader. The official trailer promises us magnificent views, Tarzan jumping the lianas, and, of course, saving Jane from any danger.

If you don't sleep at night, an evil giant will come and carry you to his country. Sophie knows that this story is true...well, almost true: her giant turned out to be friendly and lonely. Sophie befriends the BFG, and together they start their amazing adventure.

Who: Dory, Nemo, Marlin, and others

Dory is a cute blue tang fish, and she has the dearest wish: to find her parents. Unfortunately, she suffers from memory loss and can't remember anything but the last few seconds of her life. Her caring friends Nemo and Marlin go along for the adventure to help Dory in her search for her family.

The action takes place in the 1920s-1930s. The movie tells us the story of a difficult friendship between two talented people: a publisher named Maxwell Perkins, who introduced the world to such names as F. Scott Fitzgerald and Ernest Hemingway, and the writer Thomas Wolfe.

After Will Traynor was hit by a reckless rider, he believed that his life was over: he was disabled. But he didn't know that this was just a twist of fate, and that his life had something completely new in store for him. This is a story about how a simple meeting of two people can change their lives forever.

A former donut lover and a constant loser becomes a superspy, while a playboy and the school parties' king works as an accountant and complains about his boring life. The radical changes of two former classmates' lives, and a chance encounter through social networks, result in a real spy story with chases, gunfights, and attempts to save the world.

There's good news for everyone who misses the TV series Breaking Bad: Bryan Cranston is back again. However, now he's from the other side of the tracks. A federal undercover agent is embedded in the gang of one of the largest Colombian drug lords Pablo Escobar. The movie is based on real events which took place in the USA in the 1980s.

Our favorite characters from Ice Age (as well as a few new ones) go for adventure again. This time everything starts with Scrat, who, chasing an acorn, catapults himself right into space. There he sets off a series of cosmic events that may lead to the destruction of the Earth. To survive, Sid, Manny, Diego, and the other animals have to stop the cosmic threat.

The crew of the USS Enterprise, headed by Captain James T. Kirk, is back again. The ship is attacked by a powerful enemy, and, as a result, the crew finds itself on an unknown planet, unable to escape. The characters will have to fight for their lives, while the audience will have the pleasure of watching an exciting fantasy thriller which promises to be of a traditionally high quality.

When: August 5
Who: Margot Robbie, Will Smith, Jared Leto

For those who are fed up with superheroes, the government decides to create a team of supervillains. A team of the most charming and charismatic supervillains. They have to complete an incredibly difficult and dangerous mission: to save the world. But they know that they'll probably die. The choice between imprisonment and death is small, but, after all, it's the job of a supervillain to be unpredictable.

This is a fairy tale adapted by the Walt Disney Company from a short story by S.S. Field and Seton Miller. The movie tells the story of Pete, an orphan boy, who escapes from his foster parents into the forest. There he finds a dragon who becomes his friend, and the story begins...

The Secret Life of Pets

When: July 8
Who: Max, Duke, and other animals

Have you ever happened to think about what your pets are doing behind the closed doors of your house? And what would happen if a dog owner took another dog from the shelter? What rivalry would result? This story vividly describes our pets' adventures when we're not at home. There's a good deal of positive emotions, a brilliant sense of humor, and heartwarming moments - a great movie for the whole family.

This is a kind of 'I don't know how it happened, but it did' story. The movie tells us about two pothead friends, who managed to sign a $300 million contract with the Pentagon to supply weapons.

A historical drama about Ben-Hur, a descendant of a noble Jewish family, who, because of his best friend's betrayal, spent many years in slavery in the Roman galleys. However, Ben-Hur manages to break free. He returns home, motivated by the need for revenge. The movie is full of amazing actors and magnificent landscapes.