© 2014–2022 TheSoul Publishing.
All rights reserved. All materials on this site are copyrighted and may not be used unless authorized by the Bright Side.
111161

10 Transgender Celebs Who Have Broken Barriers for Themselves and Others

11 Animated Movies Where Creators Had a Little Slip-up

15+ People Share Relatable Posts, and We Can’t Help But Say, “Yeah, I Feel That”

Nicole Kidman and Keith Urban’s Epic Love Story, the Ups and Downs of a Couple That’s Been Rocking It Together for 15 Years

Where the 20 Hottest Celebrities Over 40 Rank, According to Ordinary People

16 Pics That Prove Family Is Our Greatest Treasure 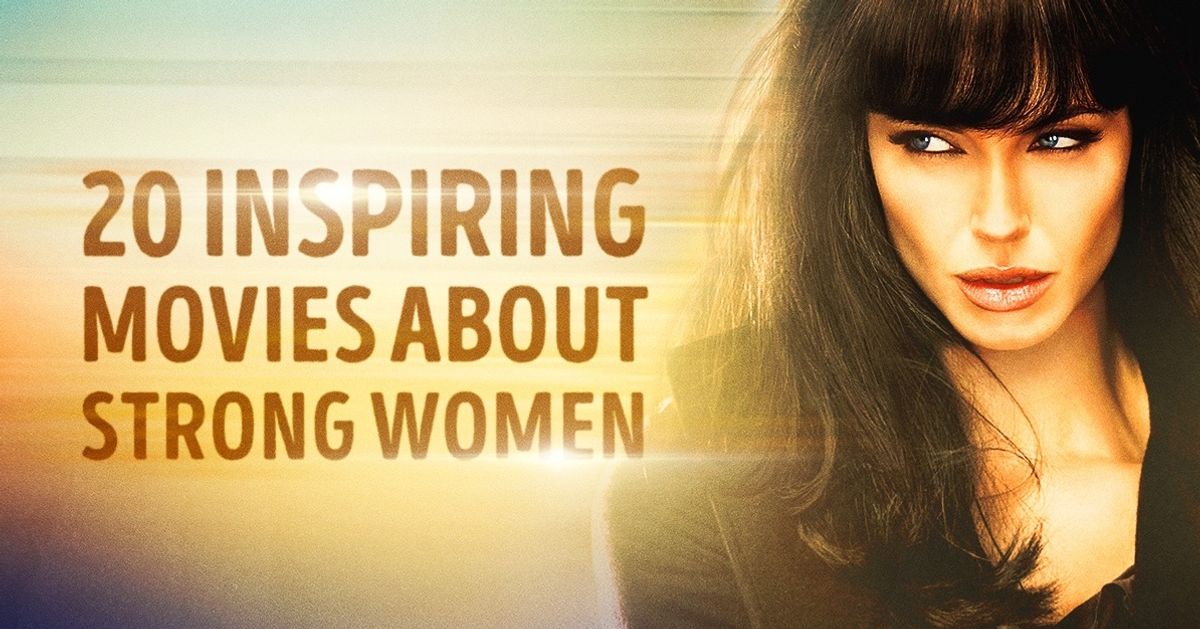 Most of us enjoy seeing Hollywood’s most beautiful stars shining on the big screen. We also love seeing these women as strong female leads are absolutely vital to the film.

We here at Bright Side put together a list of 20 inspiring films about the most decisive and courageous women.

Andrea is a provincial girl and a university graduate. She is dreaming to become a journalist and gets a job as an assistant to Miranda Priestly, the demanding editor-in-chief of a major fashion magazine in New York City. Andrea has always dreamed of a job like this, but she had no idea how difficult it was going to be.

A skilled archer named Merida choses her own path in life, defying the powerful Scottish clans and their leaders. She goes to a recluse for advice, who not only refuses to help but imposes on a dangerous spell on Merida. This young princess has to rely on her own bravery to brake the powerful curse.

A young girl named Sophie is going to get married and dreams of a traditional wedding ceremony, and she wants nothing more than her father to give her away at the alter. The problem is that she doesn’t know who her father is, since her mother Donna has never told about him.

Dr. Ryan Stone is going to complete her first space mission, commanded by veteran astronaut Matt Kowalski, who is on his final expedition before retirement. Everything is going well. There is not even a sign that something bad can happen, but...

"The Hunger Games" director Gary Ross created one of the most successful film trilogies in the history of cinema, starring Jennifer Lawrence, a super talented and ambitious actress. The film tells the story of Lawrence’s heroine, whose life quickly turned into a struggle for survival.

In this movie, Angelina Jolie plays a CIA agent named Evelyn Salt, who somehow manages to avoid prison after she’s accused of being a Russian spy. Now, Salt’s main task is to clear her name.

The plot revolves around a prima ballet dancer who competes with a new rival for leading roles. With performance day coming closer, the level of competitive intrigue becomes higher and higher. The film is just gorgeous. Natalie Portman and Vincent Cassel are magnificent in their lead roles.

Malena is a beautiful widow who is the obsession of every man and the envy of every woman. The women keep spreading dirty rumors about Malena, and the men keep dreaming of her. A stunning combination of femininity and strength possessed by Monica Bellucci’s heroine makes this film brilliant.

The film tells about the story of Alice Kingsley, a 19 year-old girl who struggles with unexpected circumstances. She receives the proposal from Hamish, the rich son of Lord and Lady Ascot. Not giving an answer, the girl escapes the crowd, notices the rabbit on the lawn, follows it down the rabbit hole, and finds herself in the magical world, called "Underland".

Katherine Watson is an art history at an all-female college. Passionate and enthusiastic, she fights for gender equality and has a big impact on her students. Teaching the girls to question their traditional social roles, Katherine herself is inspired to take a fresh look at her own life.

Lt. Jordan O’Neil, played by the stunning Demi Moore, is the first female trainee in the US Navy’s elite program at the "Catalano" training center in Florida. Only the best soldiers in the U.S. army are selected for service in this school of survival, where almost 60 percent of all candidates wash out within the first week. Is it possible for a woman to survive here?

A caring woman named Leigh Anne Tuohy from a happy Christian family takes in a homeless, illiterate African-American teenage boy, helping him to become a football star and to gain an education. Gracious and inspirational, this film by John Lee Hancock will melt your hearts.

Lara Croft is stunning, smart, and brave. She is a skilled martial artist, an excellent shot, and can survive in the most extreme conditions.

An FBI agent named Gracie is duty bound to participate in the beauty contest “Miss America“, where a serial killer nicknamed ”The Citizen" is expected to appear. With the help of Victor, an experienced beauty coach, Gracie has to learn to be a lady, to go undercover as a pageant contestant, and to flush out the killer. Throughout the film, the main heroine often gets into funny situations while somehow always coming off with honor.

Frida was only twenty when she married rich and depraved Diego Rivera, Mexico’s most famous artist. The film tells about her outstanding professional achievements and reveals her true life story.

At a wedding ceremony, a pregnant bride, who is also an assassin whose code name is Black Mamba, is shot and seriously wounded by a man, named Bill. The bullet hits her in the head but doesn’t kill her. After being in a coma for four years, the bride awakens, eager to find people who betrayed her.

The main heroine (Angelina Jolie) calls the police to initiate a search of her child. Some time later, the boy fitting the description is found. However, the mother insists that it’s not her son. A grief-stricken mother seeks for help but finds herself put in the asylum, instead.

Juno is a high school student who discovers that she’s pregnant. The girl finds a pleasant married couple who wish to adopt her unborn child. Being so young, she must find answers to difficult questions: what should she do, what will be better for her child, and how can she find herself? Finally, the young woman makes an unusual decision.

Being in a constant struggle with the outside world, Maggie has a steadfast fortitude and a will to win. More than anything, she wants people to believe in her. At first, a boxing coach named Frankie refuses to train her, but Maggie is too stubborn to give up. Later on, these two realize that they both have the same goal, which is to forget the past and to have a family.

The film tells the story of Margaret Thatcher, Britain’s first female prime minister, brilliantly portrayed by Meryl Streep. You’ll have to watch the film to understand the power this woman possesses.