Lewis Carroll’s tale Alice’s Adventures in Wonderland had an amazing influence on cinema, literature, and even psychology: movies and ballets were based on it, sequels and remakes were written. There is even a psychological disorder named after the main character: Alice in Wonderland Syndrome (AWS). This seemingly innocent children’s story was the subject of heated discussions by scientists of the 20th century and even Freud talked about it. The point of the discussions was simple: was the tale written for children or for adults?

Bright Side has read the book “Alice’s Adventures in Wonderland Decoded” and tried to figure out which parts of the story can only be understood by adults.

1. Alice’s shrinking and growing is a sign of puberty. 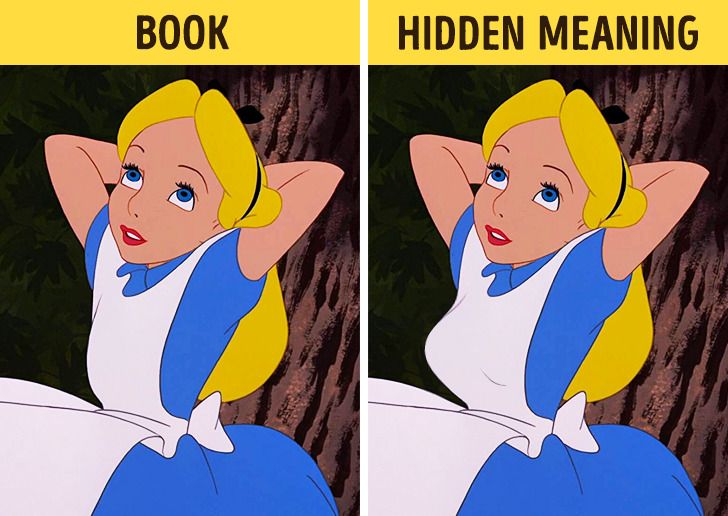 When Alice ate a cake or drank a certain mixture, Alice would shrink or grow, and she was scared that she would disappear completely. While there were no actual reasons for the changes in her body in the text, scientists have 3 versions of what could have been the hidden meaning behind that episode:

2. The pig the character has is an English King. 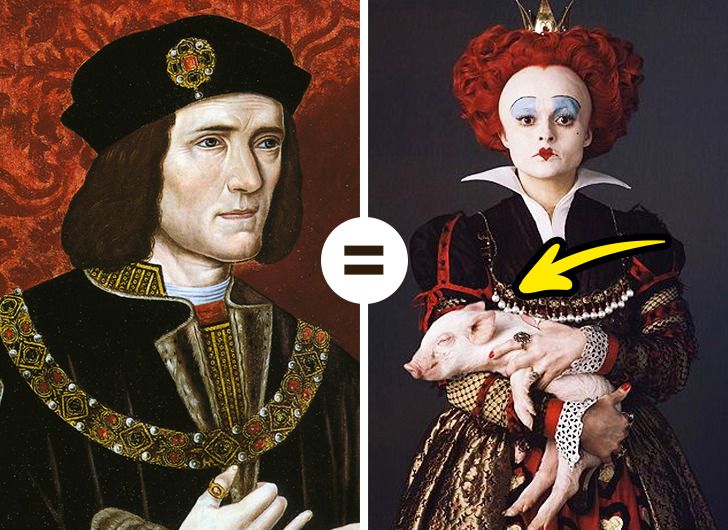 It is believed that the tale is an allusion to the War of the Roses that took place in England in the 15th century. This time period was full of scheming, betrayal, and there were a lot of chopped heads — just like in the tale.

Assuming the guess is correct, then baby that turned into the pig is a member of the White Rose. And more specifically, it was Richard III who had a sigil with a white boar. Shakespeare even wrote a play about it where he presented Richard in a very bad light.

3. The smell of pepper in the house of the Duchess hides the smell of bad food.

The tale casually mentions that the house of the Duchess smells a lot like pepper because the scullery was adding pepper to the soup. But it may have been a hint at the problem that the food at the time was peppered a lot, to kill the smell of rotten ingredients.

4. Alice is Eve, who becomes a sinner. 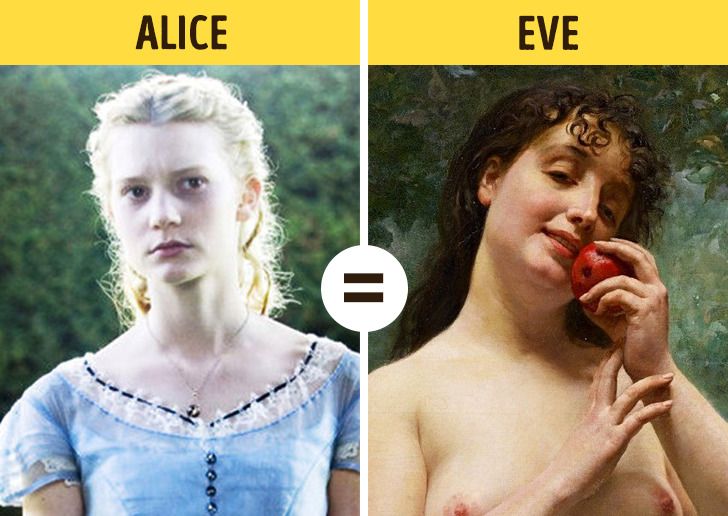 The adventures of Alice starts in a quiet garden. It was an idyllic place, green and quiet, and that’s why it reminds many people the Garden of Eden. But Alice doesn’t take an apple, she goes down the rabbit hole and goes into a world that gives rise to incredible changes in her. This theory seems to be pretty logical: children are innocent but when Alice went into the hole (took the apple), she entered the world of puberty, adult life, and became a sinner. 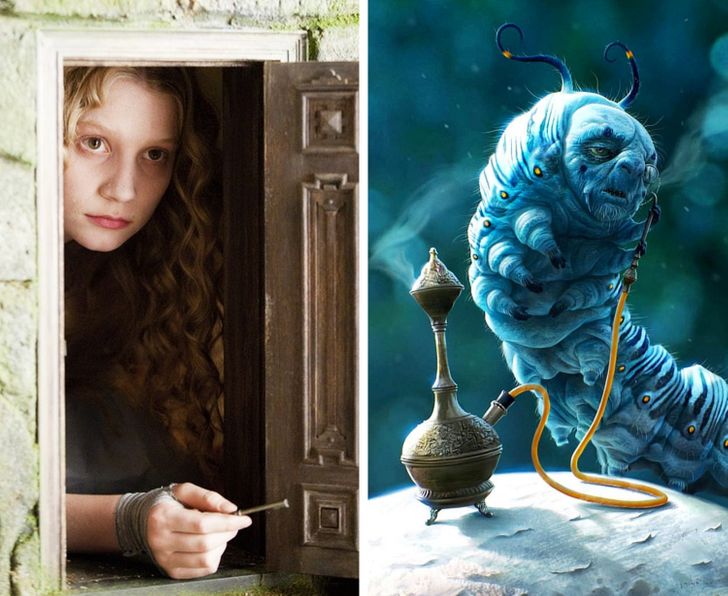 When Freudian theories became very popular around the world, the tale of Alice turned out to be full of gynecological symbols. The fans of Freud managed to see the symbols in the doors that were hidden behind the curtains, and keys that open these doors. Of course, they couldn’t have missed Absolem — the giant caterpillar that looks like a you know what.

Even though this theory has life, it is not very believable, because people can see these symbols everywhere if they really want to.

6. Walrus and Carpenter are actually Buddha and Jesus. 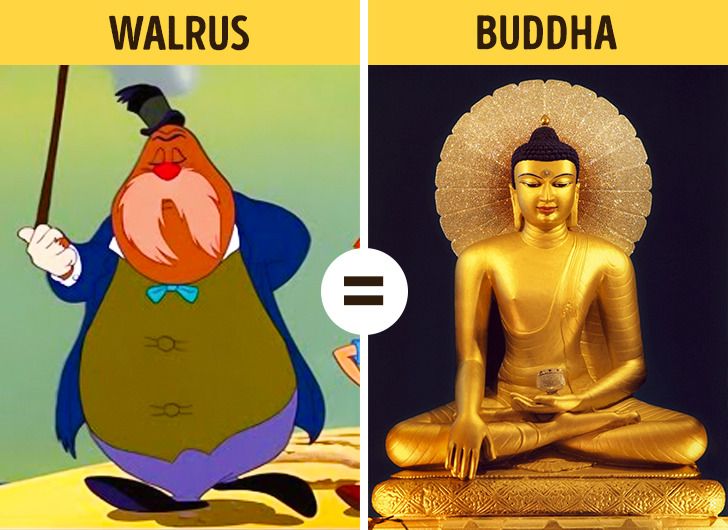 This is the name of the poem that the twin brothers Tweedledee and Tweedledum read to Alice. The poem tells the story about Walrus and Carpenter, that walk on the beach and call out for oysters to walk with them. The oysters go to the shore and Walrus and Carpenter eat them. Walrus then cries at the end.

There are several interpretations:

7. The poem about the White Rabbit in chapter 12 uncovers the love mystery of Carroll himself. 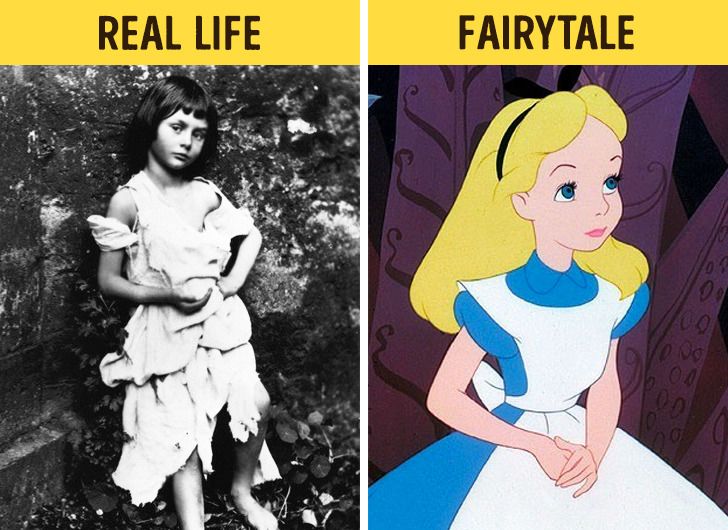 Some researchers see the reference to the unusual connection between Lewis Carroll and Alice Liddell that was the prototype of the main character. Here are the lines we are talking about:

He sent them word I had not gone

If she should push the matter on,

What would become of you?

This is one of the most sensitive moments in the interpretation of the tale. Some people think that when the girl was supposed to come of age, the writer was going to marry her, but for some reason he had an argument with Mrs. Liddell and he never saw the members of the family since.

Do you want to read the tale now that you have some new knowledge about it in order to find some new hidden meaning? If yes, you can read the original manuscript written by Carroll himself here.