Movie Critics Made a List of the 10 Best Movies of the Last Decade, and 1st Place Was Quite Predictable

The World of Reel website published the results of a movie poll: 250 critics and movie makers named 5 of their favorite movies that have been made in the past 10 years. Based on the answers, the organizers picked 75 movies that had been mentioned the most. Half of the movie picks were very easy to predict but some of them still surprised us.

Bright Side analyzed the 10 finalists and highlighted the major points that make these movies a great watch on any given evening. 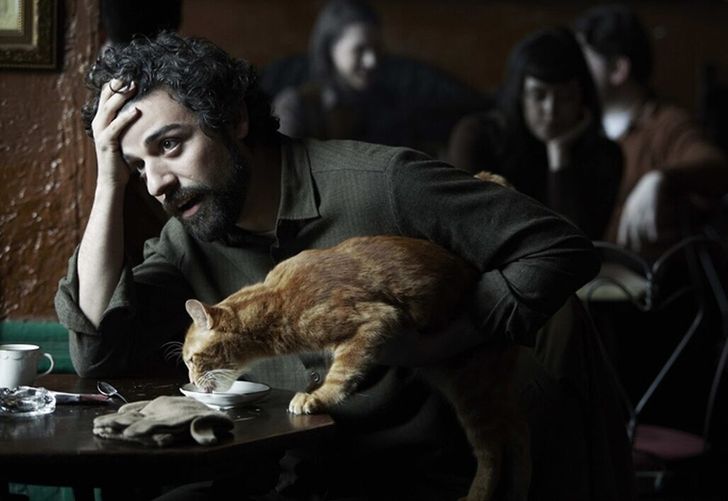 This film allows you to feel what it means to be a person who can’t find themselves in this world. The main character is full of ambition tries to be a good folk music artist, but his dream doesn’t lead him to anything. It doesn’t even give him enough money. It doesn’t seem like the movie is that original but don’t forget that it was filmed by the Coen brothers. In the film, you see a ginger cat in almost every shot, Justin Timberlake in a supporting role, and an unusual ending to the story. 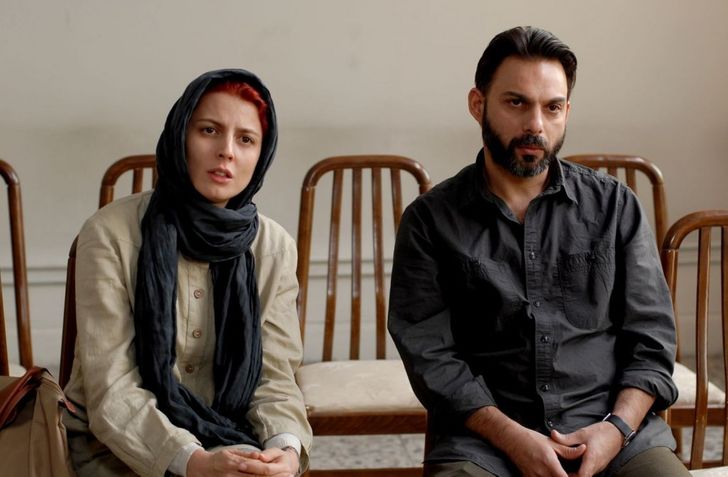 Many critics unexpectedly remember the Iranian movie, A Separation that received several awards including an Oscar for Best Foreign Language Film. The story is centered around a legal case where there are no guilty people, just two spouses that are in a difficult situation. Solid writing and great acting allow the viewers to imagine themselves as the characters and try to envision if they would be able to stay calm in this situation.

The main character, Reynolds Woodcock, is a perfectionist who suppresses the emotions of everyone around him. A woman, to him, is merely a model for elegant dresses that he makes. He’ll break up with a woman simply because she puts jam on toast in a way he doesn’t like. But he gets a new muse who’s a strong female character that doesn’t live in accordance with his rules. It’s really fascinating to watch this gender clash because of how great the acting is along with the cinematography — it’s amazing to see!

This is a very predictable choice. Roma by Alfonso Cuaron received more Oscar nominations than any other movie this year. This black and white film shows us the hard life of a woman in this world. Despite the fact that all the events happened in Mexico in the ’70s, the story in the movie is relatable. People who value cinematography have to see this one. 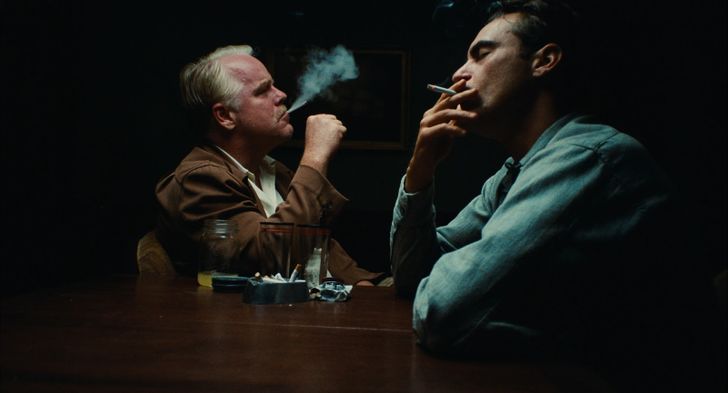 © The Master / The Weinstein Company

The Master is a complicated psychological film that tells the story of 2 men: a strange messiah and a man who needs a mentor. The latter is a marginal man who cannot be controlled but wants to become a better person at least for the woman he loves. The movie explores the deep philosophy behind a difficult relationship between a teacher and a student. 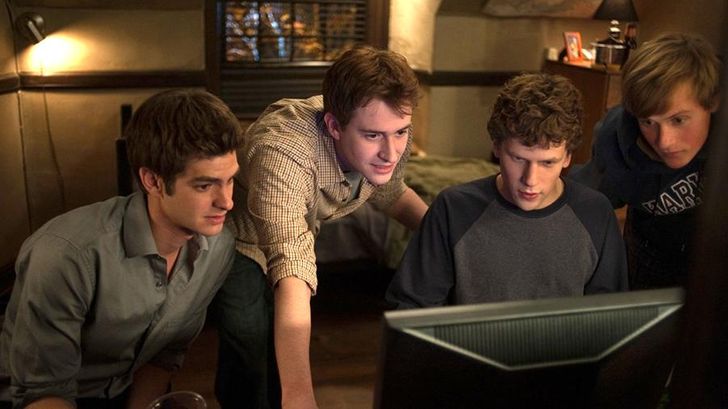 This movie is based on the true story of the creation of Facebook. It does have some minor changes compared to the original but the basics are true. You will see the creators’ amazing successes and all the ups and down they have along the way. The movie can be enjoyed by anyone, from businessmen and programmers to people who love gripping stories. 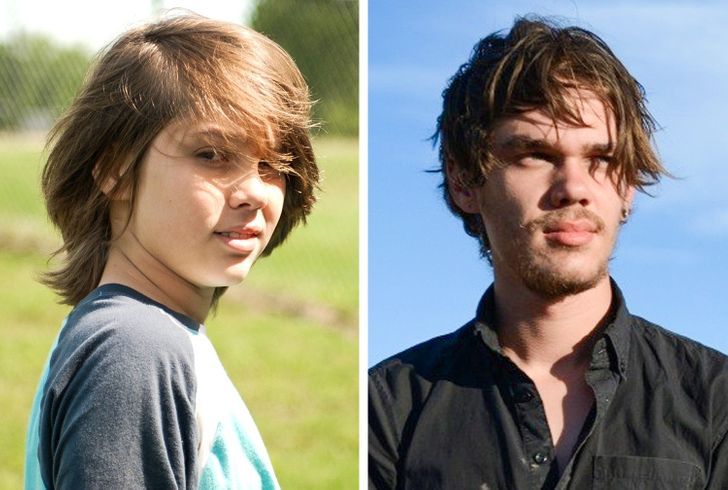 The fact that this production went on for 12 years with the same actors is deserving of your attention in itself. This allowed the creators to show the natural changes in the characters’ appearances. This was the first time this style of filming was done in the history of cinema. The movie is almost 3 hours long and it tells the story of a difficult family. The focus is on the process of how the main character becomes an adult. When the shooting started, the boy was 7 and by the end of the work, he was 18. This film is so realistic that it allows us to feel like we’re personally a part of it. 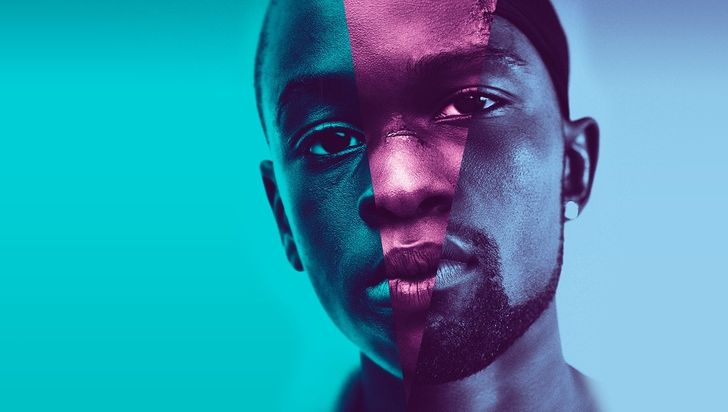 Many people missed this movie even though it won an Oscar. The film explores important topics such as love, growing up, and what it means to understand others. As a result, we got a multi-dimensional drama about the formation of personality. This is why this movie got so many nominations and received so many awards.

On this list, the film even scored higher than the hit, La La Land. 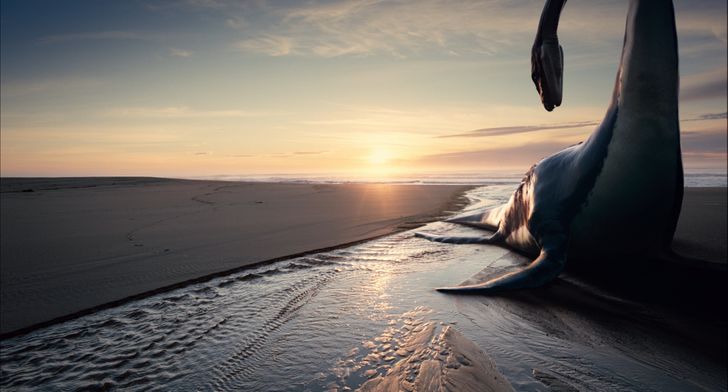 © The Tree of Life / Fox Searchlights

This movie found the perfect balance between a biblical fable and the drama of a traditional family. It talks about both everyday problems and the question of eternal existence regarding the nature of humans and God. But not only did experts appreciate the philosophy of the movie, but they also enjoyed it from a visual standpoint since it showed a lot of beautiful, natural landscapes.

It’s a little unusual to see this blockbuster among a list of truly dramatic movies. But it totally deserves its place: 1/4 of the people who took part in the poll thought it deserved to be the best. Fury Road is great in all departments. Even the supporting characters in it are awesome — they look just as great as Max himself. The action sequences are so incredible that almost any viewer has a rush of adrenaline after the movie as if they’d been running or fighting for 2 hours straight! 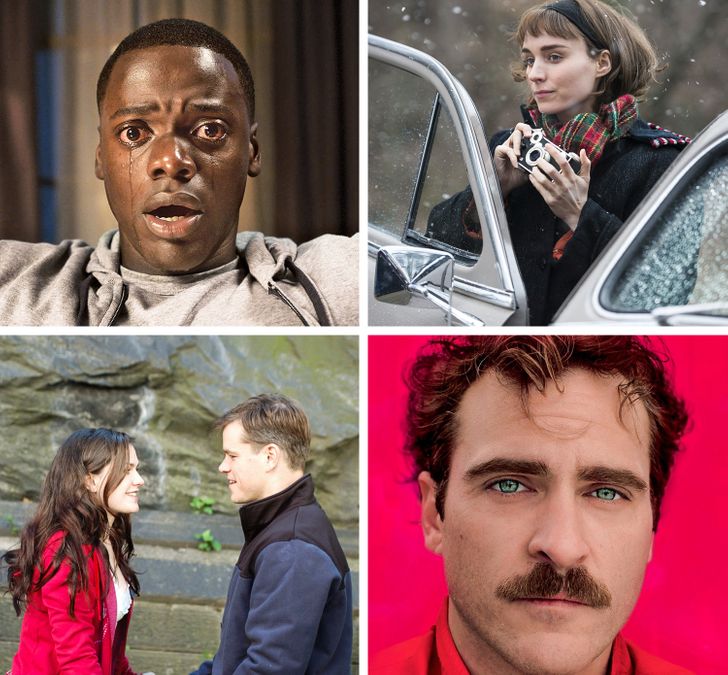 The above are screenshots from Get Out, Carol, Margaret, and Her. 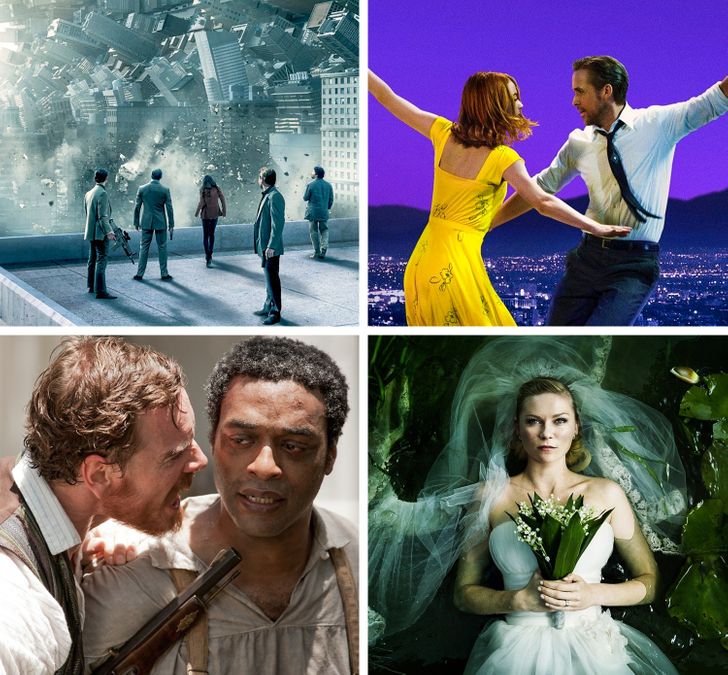 The above are screenshots from Inception, La La Land, 12 Years a Slave, and Melancholia. 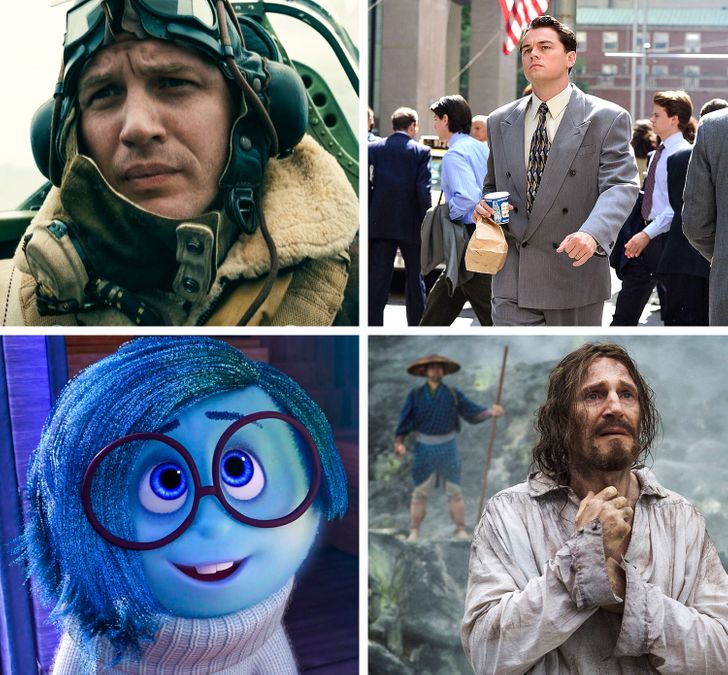 The above are screenshots from Dunkirk, The Wolf of Wall Street, Inside Out, and Silence. 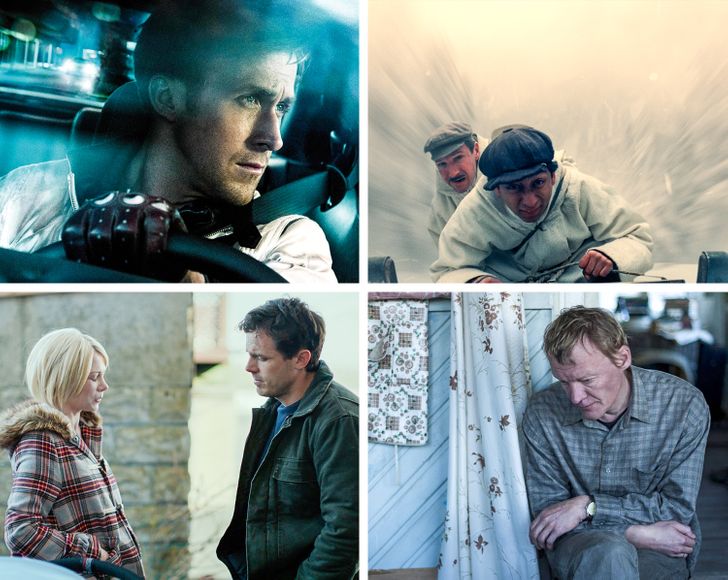 The above are screenshots from Drive, The Grand Budapest Hotel, Manchester by the Sea, and Leviathan.

Do you agree with the critics’ opinions? Which movies do you think they forgot on the list?