© 2014–2022 TheSoul Publishing.
All rights reserved. All materials on this site are copyrighted and may not be used unless authorized by the Bright Side.
11-9-

15 Times Expecting Mothers Showed a Funny Side of Being Pregnant

9 Celebrity Couples Who Had a First Date to Remember

14 Things for a Paradise Picnic From Amazon

14 Amazon Gift Ideas That Are Eco-Friendly 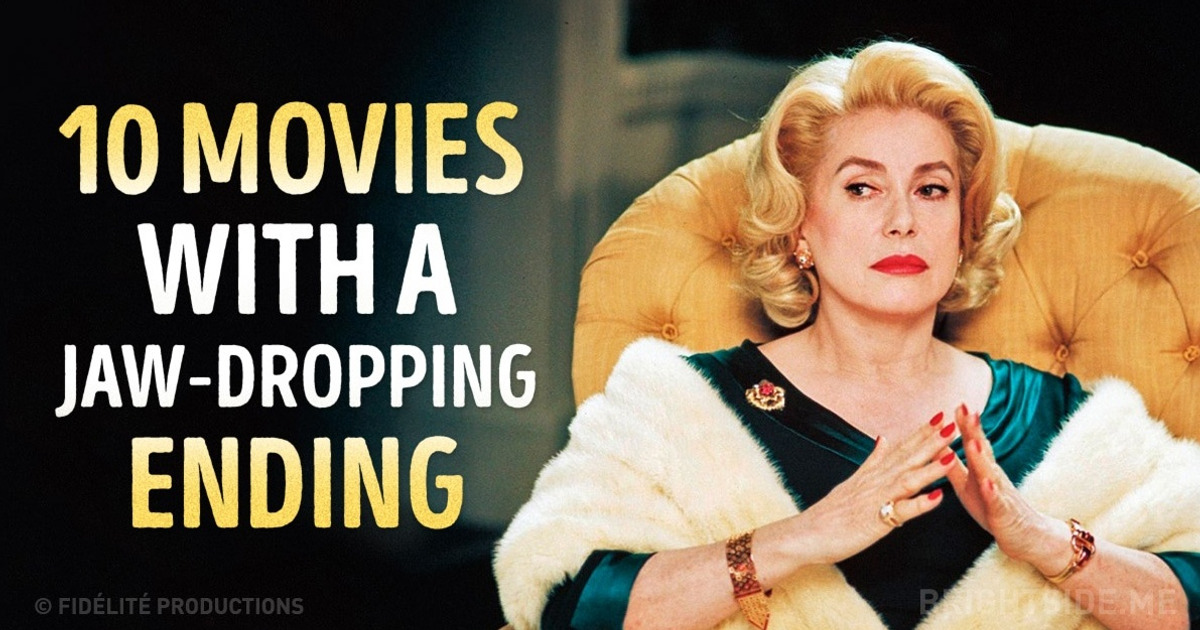 Isn't it awesome when the climax of a movie outright astonishes you?

Today, we at Bright Side bring you ten more films that you can proudly put on your movie shelf and watch again and again. Hold on tight!

Clay and Sam are in love with each other, and nothing can ruin their feelings. There is only one thing that casts a shadow over their life together - Clay has a heart disease, and has to undergo a transplant procedure. But this is no obstacle for true love, right? And so, the young man is already on the operating table, the team of best doctors are getting prepared for some difficult surgery, the patient is anaesthetized...but the drug-induced sleep doesn't come, and Clay stays awake.

What's the secret of success? There are dozens of answers to that. Eddie, an unsuccessful writer, gets an opportunity to try a new and seemingly effective way to achieve it - take a pill made of NZT, an innovative new medicine that makes the human brain work at its full capacity. However, as we soon discover, every drug has its side effects.

Cal McAffrey, a journalist, discovers that a woman close to his college friend, congressman Stephen Collins, has committed suicide, having jumped in front of a subway train. While investigating the case, Cal learns that it's only a single link in a chain of events that points to the guilt of the most highly-placed political figures - who don't like when someone messes with their affairs.

Police Captain Richard Malinowski suffers a horrible loss - his nine-year-old daughter has been found murdered. The culprit is soon caught and sent to prison, from where, however, he writes several letters to Malinowski, convincing the captain that he is innocent. The grieving father decides to find the true murderer by himself.

Dr. Helen Hudson is a specialist in the psychology of serial killers, and one day she is asked by the police to help catch a maniac. Analyzing the train of events, the psychologist comes to the conclusion that the killer is following to the letter the plot of her book through his murders - and his final goal is to kill her.

Angelique is deeply in love with her married friend, who is also expecting a baby. She would do anything to make him love her back - but where is the line between affection and madness?

Dr. Sarah Taylor is a psychologist - one that is very good at analyzing others' passions, but as is often the case, she can't understand her own feelings. To find herself and her purpose in life, she needs help from outside - and finds it in the handsome and charming Tony, who smashes into her life like a hurricane.

Jack the Ripper is probably the most mysterious serial killer of all time, who terrified the whole of England and whose existence gave birth to numerous rumors and legends. In this movie, Detective Frederick Abberline attempts to identify and catch the killer, and soon he is joined by a royal surgeon and a 'lady of the evening.' The detective is almost there; it seems that he could almost stretch his arm out and touch the culprit, but then...

Everyone is holding their breath awaiting the announcement of the next head of the Roman Catholic church. However, all the contenders for the position are ritually executed by a mysterious killer, and the Vatican turns to Robert Langdon, a well-known specialist in religious symbols, to make sense of what's going on.

A large family assembles at their mansion for Christmas, but the celebration is darkened by a terrible development - the host of the house is found stabbed to death in his own bed. Moreover, the phone line and the ignition wire in the only car are cut. The eight women closest to the victim are cut off from the outside world. What they all realize then is that the murderer is among them.