© 2014–2021 TheSoul Publishing.
All rights reserved. All materials on this site are copyrighted and may not be used unless authorized by the Bright Side.
221191

18 Objects That Prove Being Crafty Always Pays Off

15+ Tricky Riddles That Will Rack Your Brain

20+ Things That Showed the Power of Time

10 Common Mistakes That Prevent Our Hair From Looking Stunning

20 Objects and Animals That Are So Oversized, They’ll Make You Feel Small 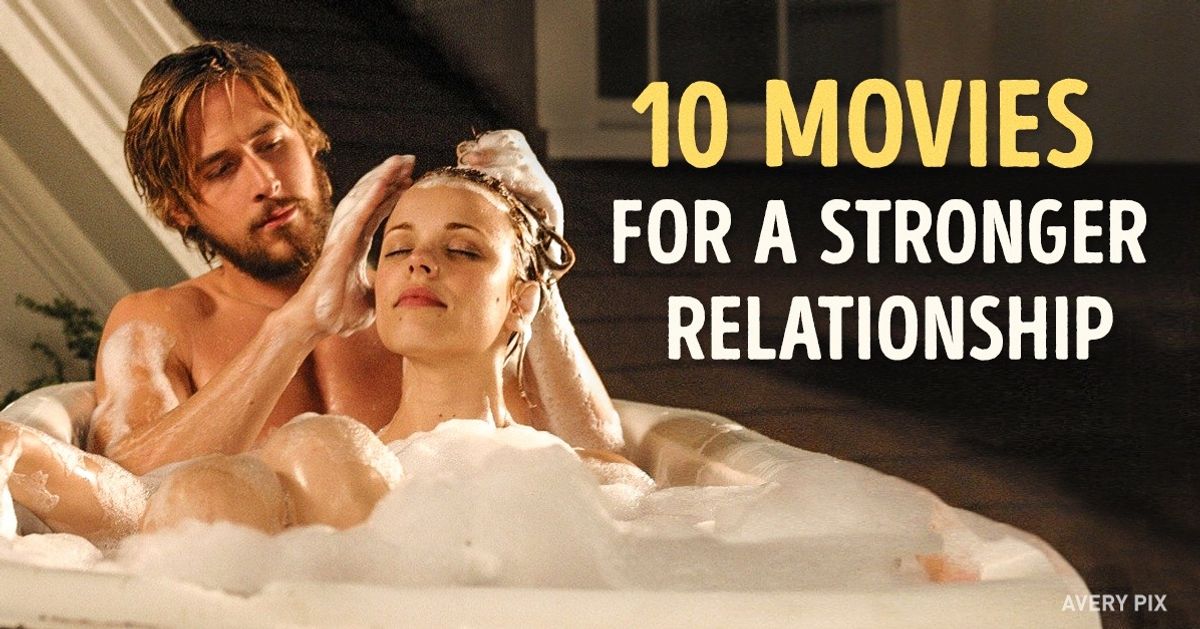 Ten life-affirming movies that can strengthen your relationship

It's a little-known fact that movies about relationships can help couples deal with the problems they face together no less effectively than meetings with a counselor. All they need to do is watch the film together and discuss what impressions they received from it, and how it relates to their own lives.

We at Bright Side picked out ten of the best movies which can help us to find the right solution when everything's complicated.

A powerful drama about two not-so-young couples going through difficult times. As they enter their various mid-life crises, the characters experience a large number of disappointments. Marriages come to an end, scandals and conflicts erupt, and a great deal of introspection takes place. Through it all, director Woody Allen tries to answer an important question: can marriage and love always be harmonious?

Dean and Cindy fell in love with each other long ago, but in recent years their feelings have become blunted, and recently have been reduced to almost nothing. We see this in the film through all the little details of their daily lives. But it's through the little things that we can sometimes remember why it was that we began to love a person in the first place.

Before sitting down to watch this movie, it's worth looking up Before Sunrise, released nine years prior to this film, which tells the story of how the main characters we see here became acquainted. This is a penetrating story of how, sometimes, people have only a few hours to make the most important decisions of their lives.

Who's Afraid of Virginia Woolf?

George and Martha have studied each other so much throughout the years of their long marriage that the only way they can now maintain an interest in each other is to engage in psychological games.

The Story of Us

Ben and Katy have been together for 15 years. They have two wonderful children, work interesting jobs...and are going through a relationship crisis. Out of the dozens of little irritants of their daily lives, a mutual dislike and misunderstanding is building up between them. This movie brilliantly shows how in many cases, no side in a marital conflict is 100% right or wrong.

A couple heads to Paris to visit relatives and also to shake themselves out of the monotony of their everyday lives. But the woman - a native of Paris - unfortunately has several former boyfriends living in the city who happen to meet her husband. This is an amusing film about what can happen when two lovers come from different cultures.

The story in this movie focuses on two lovers who are seemingly completely ill-suited to each other. Life always seems to keep them apart, and the path to happiness is long and tough. But everything is written down in a diary. And in later years, it's the only thing that remains to remind them of what they once had. This is an exquisitely beautiful romantic story about eternal love.

A story about a modern couple is told through the lens of five episodes in their life together. The action moves from the conclusion of their relationship backwards to the beginning - from their divorce to their first meeting. We see all the mistakes they make along this road. Ultimately, we learn that a question posed correctly often contains half the answer you're looking for.

Two for the Road

A wonderful film starring Audrey Hepburn about a couple who head to the sea to help save their flagging marriage. Conceptualized around the idea that the amusing and the sad can often go hand in hand, the movie perfectly reflects the contradictory nature of a shared life with someone we love.

An incredible story about true love and sincere devotion, and how they can accompany us into old age - right into our final years. Anna and Georges are both past 80 when she falls ill. Georges can't bring himself to hand over the love of his life to cruel, uncaring nurses. He leaves his job teaching at the conservatoire and devotes his remaining strength to making his beloved happy.