© 2014–2022 TheSoul Publishing.
All rights reserved. All materials on this site are copyrighted and may not be used unless authorized by the Bright Side.
16-121

5 Stories Where Children Were Born Surprisingly Different from Their Parents

15 Celebrities Who Got Their First Name for a Reason

Test: Prove That You Have an Eye for Detail 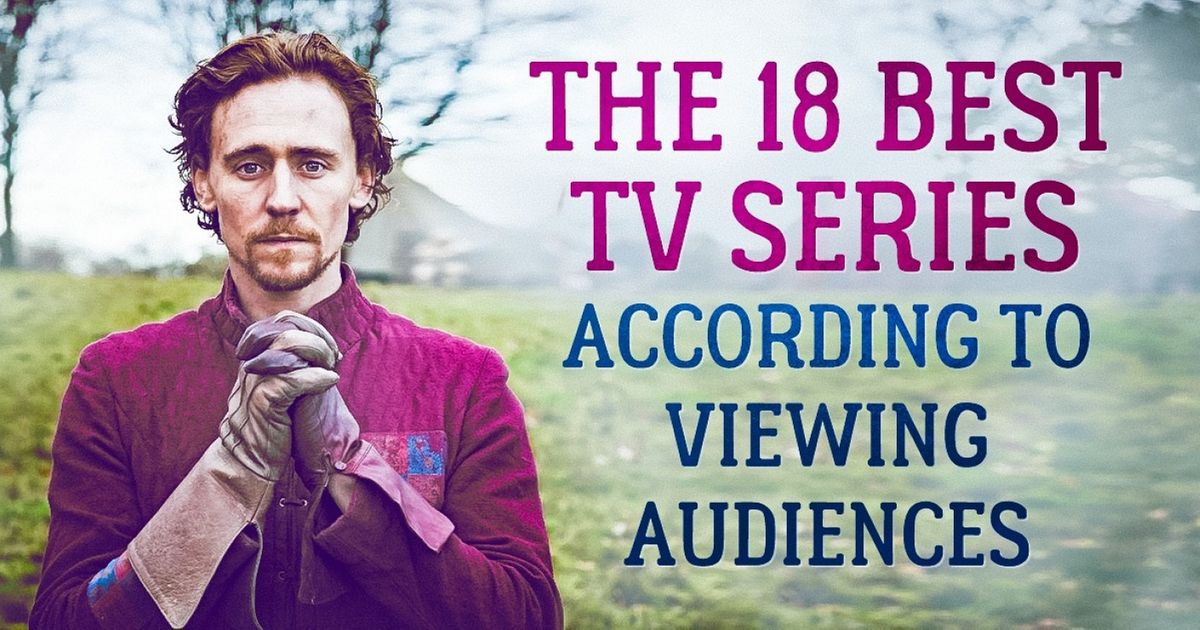 We at Bright Side have put together a collection of some great TV series loved by audiences. For this list, we’ve decided to stick to those that were released after 2010. In addition, we've deliberately chosen not to include TV hits like Game of Thrones, Sherlock, True Detective, Fargo, or Downton Abbey.

It's hard to find a more impressive team than that involved in Westworld: Jonathan Nolan (Christopher Nolan's brother and a co-author of all his films) as a writer and producer; the incredible Anthony Hopkins as a leading actor; and Ramin Djawadi, the creator of the iconic theme music to Game of Thrones, as the composer. Actually, Westworld's music deserves the highest praise. The piano in the cowboy saloon playing Soundgarden's Black Hole Sun and Radiohead's No Surprises is just awesome! Those who have already watched the show claim that Westworld, with its melodramatic original plot and vast western landscapes, seems just as astonishing as Game of Thrones.

This show shouldn't be confused with the American remake of the same name. If you want the best out of this drama, go for the original Spanish version. The series tells the story of a group of teenagers who meet as patients in a hospital's pediatric ward. As they become friends, they decide to test the theory according to which every group of friends includes six types: the Leader, the Second Leader, the Indispensable, the Handsome One, the Clever One, and the Girl. Sincere, kind, and touching, this story, into which the writer Albert Espinosa has put much thought and heart, is definitely worth your time.

The Young Pope is a new TV series by Paolo Sorrentino in which Jude Law plays the role of the young and very controversial Pope Pius XIII, the first American ever to become the head of the Roman Catholic church. Every scene in this series is so aesthetically perfect that you'll want to watch the show's episodes over and over again. Provocative, intellectual, and incredibly engaging, this drama is sure to leave all viewers on the edge of their seats.

This television series is a combination of three genres: the clichéd college movies where the nerds rise up and beat the jocks, the sci-fi films about crazy scientists which reached their zenith in the 1980s, and the horrifying mystery movies written in the style of Stephen King. This show, featuring Winona Ryder and a group of charismatic kids, has managed to combine these genres so well that it has already acquired a vast army of fans worldwide.

The Pillars of the Earth

The Pillars of the Earth is a historical miniseries set in the twelfth century, a time which is considered one of the darkest and most romantic periods in the history of England. Based on the bestselling novel by Ken Follett, this TV show starring the brilliant Eddie Redmayne is widely recognized as one of the best historical TV dramas of recent years.

Shameless is an American comedy-drama TV series that is actually a remake of the award-winning British series of the same name. The plot of the series revolves around the Gallagher family and their alcoholic father, Frank. They constantly fall into all sorts of trouble and try to survive in this world. Fans of the TV show all agree that Shameless is nothing less than adorable. It has excellent humor, charismatic characters, and an original plot. This is what has helped this comedy to become an international hit running for 7 seasons already.

This show has everything you can expect from crime drama: a gloomy and somber atmosphere, a magnetic soundtrack, an unpredictable storyline, and cool heroes brilliantly portrayed by Cillian Murphy and Tom Hardy. Peaky Blinders has already got a huge army of fans and continues to attract new audiences. An interesting fact: in order to make the show more realistic, the actors were all trained to speak with the accent of the time. So if you like the old atmosphere of the early 19th century, this television series is going to be your cup of tea.

Each episode in this series focuses on the evils of modern technology. Black Mirror shows a world we already live in, where people are completely dependent upon social media and take photos of their food with only one goal: to get as many likes as possible.

Facebook has even launched a game based on the third season's opening episode called Nosedive. In this world, a person's rating in social media determines their social status. If the characters act or behave badly, they'll get negative one-star reviews. If someone's rating drops too low, they become a kind of second-class citizen and won't be allowed into the office (which is just perfect for taking selfies) anymore.

This television show can be praised for many things, but what impresses audiences the most is its amazing cinematography, incredibly talented cast, and thrilling plot that can keep anyone on the edge of their seat. Narcos tells the story of the growth and spread of cocaine drug cartels across the globe, and it centers around the notorious Colombian cocaine kingpin, Pablo Escobar. The popularity of this TV show is very high, and it noticeably increases with every new episode.

The legendary Indian epic the Mahabharata is given a brand-new life. This series is probably the simplest and the most fun way to get introduced to the age-old wisdom of the Indian people. It tells us about the kings, heroes, and gods who love, fight, compete, and make wise decisions. This drama is about the eternal struggle between good and evil. Each episode of this great series ends with the words of almighty Krishna: "Think about it."

Spartacus: Blood and Sand / Spartacus: Gods of the Arena

A great dynamic plot, spectacular gladiator fights, and amazingly charismatic characters all come together to create a strikingly beautiful TV show that reveals everything about the Roman Empire. The series consists of two parts: the main drama is called Spartacus: Blood and Sand while Gods of the Arena is actually a prequel to the first season which, by the way, has even more positive reviews than Blood and Sand.

The Hollow Crown is actually a miniseries of adaptations of William Shakespeare's historical plays starring such notable actors as Tom Hiddleston, Benedict Cumberbatch, and Jeremy Irons. If you're a fan of classic English literature, then this TV series is definitely a must watch for you.

It's hard to believe, but TVF Pitchers has a higher rating on IMDb than the iconic Friends. IMDb users ranked it as one of the 10 best TV shows of 2010 and put this show alongside such mega hits as Game of Thrones, True Detective, and Stranger Things. The series tells the story of four young entrepreneurs who quit their jobs in order to work on their million-dollar idea, their start-up venture. But the young people will have to overcome many obstacles on their way.

Over the Garden Wall

Over the Garden Wall is an animated television miniseries centered around two brothers who find themselves lost in the wild and try to find their way home. Surprisingly stylish, witty, and surreal, this story will definitely leave you wanting more.

This is probably one of the most fascinating and sophisticated stories ever adapted to the screen. The theme, plot, and characters all work together to create a perfectly harmonious story. With the exciting events unfolding almost hypnotically, this show will keep your eyes glued to the screen from start to finish. And one more pleasant bonus: everything from faces to actions feels very naturalistic in this series.

This show is widely adored by cinema addicts, and we agree with them. It tells the story of two ingenious lawyers: Harvey Specter and Mike Ross. These are the guys who can win almost any case for their clients. But not everything is as simple as it seems.

The plot of this charming series, starring Steve Buscemi, revolves around Horace and Pete's, a run-down bar in New York that has been run by members of the same family for a hundred years. With its excellent humor and positive philosophy, this show will definitely make you both laugh and think.

This story about the transformation of the young Princess Elizabeth into the iconic queen will reveal everything about the British monarchy. Although all the action in the series develops very slowly, The Crown includes multiple storylines, each of which could be made into a separate TV show. The series focuses on the age-old themes of family, marriage, and politics, and this is probably what makes The Crown so exciting.