© 2014–2021 TheSoul Publishing.
All rights reserved. All materials on this site are copyrighted and may not be used unless authorized by the Bright Side.
201415
4k

Experts Have Determined What Your Selfie Can Reveal About You

From Rocky Beginnings to a Family of 5: Kate and William’s Love Story As They Celebrate Their 10th Anniversary

10+ Challenges That Can Tickle Your Vision and Train Your Brain

11 Things That Should Not Be Stored in the Bathroom 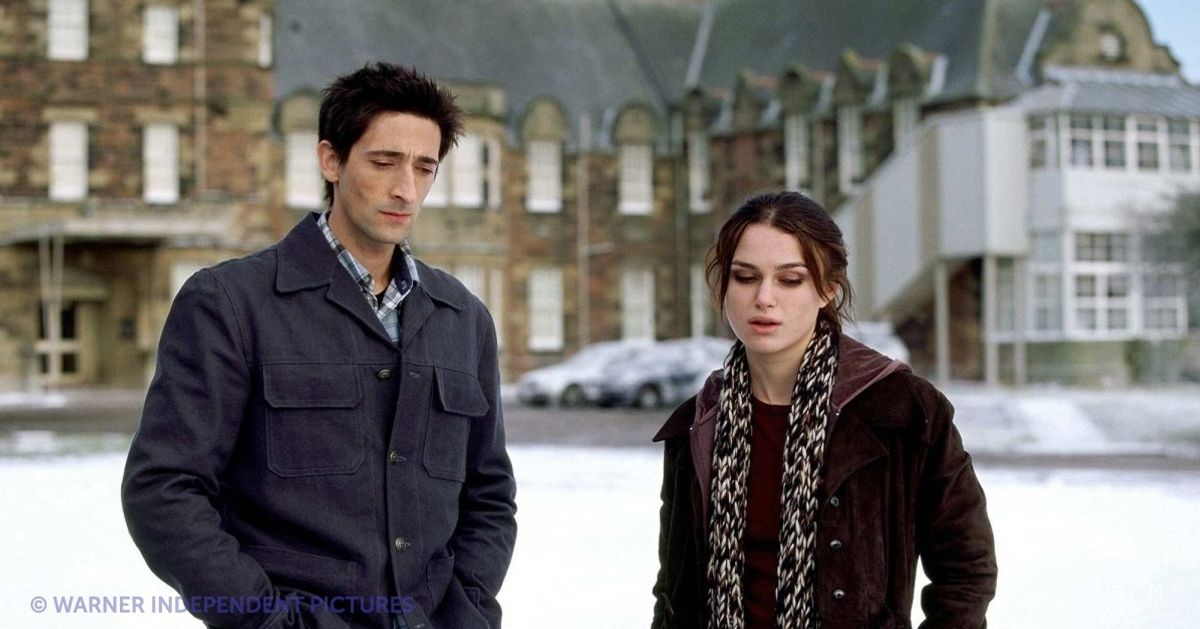 The 20 best puzzle movies that will blow your mind

Do you like dense, complicated movies with an intricate plot and cunning twists? If your answer is ’’yes,’’ then you are in for a real treat today. We here at Bright Side have picked up 20 brilliant movies that you’ll definitely want to see. Here are films that will really make you rack your brain to work out what’s going on. Enjoy your watching!

This film by Terry Gilliam defies any explanation or description: through an obvious and seemingly banal plot for a science fiction film, he somehow managed to create a movie that can hardly be called fiction at all. It’s a remarkable and genius film. Despite the slow-moving plot, it quickly picks up and doesn’t let you go until the final moments. Great job, Terry!

There is no better way to acquaint yourself with this director’s renowned style than with this paranoid David Fincher thriller. The master dissects reality layer by layer so that the audience doesn’t know if there is any reality there at all. Michael Douglas’s character tries to solve a puzzle in a simulated reality created by his brother to see how solid the world is.

The film’s dialogues and sounds will definitely tickle your nerves. It seems to steep deep into the very bowels of the soul, touching right against the most sensitive part of our hearts. And just when it seems like everything is getting clear and the ending is obvious, the story takes a dramatic turn.

This is a meaningful and captivating thriller with connections that can be made to every day life. Sure to keep you on the edge of your seat!

With its great combination of science fiction and heartbreaking dramatic elements, the film instantly became a masterpiece. The themes present in the film, such as family, love, and betrayal, are immortal and clear for all people. But at the same time, the mysterious depths of limitless space can’t do anything but thrill you. The director managed to convey its awesome immensity showing how tiny we really are compared to the universe. By combining these virtually opposite things, Christopher Nolan has created a real hit.

Now You See Me

The film features a story about ’’The Four Horsemen,’’ a team of the world’s greatest illusionists, who rob banks during their performances and give some of the proceeds out to the audience. These charming guys, who play a game of cat and mouse with an elite FBI squad, will simply hypnotize you. A word of warning — once the movie starts you won’t be able to take your eyes off the screen. So get your snacks ready before you start it! And one more thing to mention here: the magic tricks shown in the movie are jaw-dropping and extremely professionally delivered. This film is definitely worth watching.

At the beginning of the story, the film’s protagonist, an engineer, works on several complex and highly confidential but short-lived projects. As soon as he is finished, his memory of the work he has done is wiped out. But everything changes when he is offered a job that would last 3 years. What will be his decision? What does he value more, three years of his life or money?

Evan, the main character in this story, is suffering from a strange disease inherited from his psychopath father who now is locked in a mental institution. Evan does not remember some episodes of his life, during which, pretty strange and terrible events occurred. Having entered a university, he makes a surprising discovery: he can return to his childhood and change the future with his own actions.

Considered to be one a cult film, The Matrix has brought a lot of innovative ideas into the film industry. It’s a real sci-fi masterpiece. No exaggeration. It is one of those movies that leaves a deep and lasting impression on every viewer. You definitely won’t forget it.

Almost everyone has experienced deja vu at least once in their lifetime. Sometimes we feel as if we have lived this moment already and this thing has happened before in our past. This phenomenon can be explained in many different ways. But whatever attitude to deja vu you have, this movie will definitely make you believe that going back in time and changing your past is possible.

Fight Club is a film that will never lose its relevance. The philosophy of Tyler, the movie’s main character, is so inspiring. It makes you rethink your entire life: maybe it’s time to leave the past in the past and start enjoying the present?

Sometimes there are films out there that seemingly expand our consciousness and push us to see our existence differently. They make you feel like your eyes are opened to some kind of truth that has always been right in front of you, but you haven’t noticed it. The Fountain is exactly this kind of film.

Because of this film’s stunning plot and production design, long before the end of the movie one starts discussing what is happening on the screen. Cloud Atlas’s philosophy is quite challenging. It will surely make you rack your brain trying to combine the seemingly unrelated events before you finally understand that everything in our lives is interconnected.

This film is about the pieces, fragments, and small parts that form a whole. An untrained or inexperienced audience simply can get lost trying to take into account every clue to complete a puzzle. This movie keeps you on your toes from beginning to end. The questions arise early, but that’s the reason why so many people like this film.

When the emotions get the upper hand, when the spirit strives upward for what is more beautiful, when you feel excited but at the same time calm and relaxed, when you don’t think about the past, nor worry about the future, you get the freedom that your soul craves. And this is what you’ll feel after watching The Jacket.

The story revolves around Leonard Shelby, a former insurance investigator who is searching for his wife’s killer. Unfortunately, Shelby, who sustained a severe head injury, suffers from short-term memory loss. Leonard can remember everything prior to the murder but his new memories don’t usually last more than 15 minutes. As a result, he must use all kinds of tricks to keep everything straight, which makes his investigation so much more difficult.

David, a tycoon’s son, is a spoiled child who likes wild parties and pretty girls. He takes all he has for granted; his wealth, his good looks, his relationships. But at some point, God decides to test him and give him a life lesson. After surviving a car crash, David has to adjust to living with his new mutilated face. But everything is not that simple: he has terrifying nightmares every night. That is when the main hero realizes that something in his life is going wrong.

The paradox of choice is a central theme of Mr. Nobody. Every step and every action is your choice. The film makes us wonder: what would our life be like if some events of our past didn’t happen exactly how they did?

This film constantly surprises the viewer. Although the plot seems to be steady and slow moving, every scene of the movie reveals new, unexpected secrets making you lose track of time.

This brilliant film, directed by Christopher Nolan, tells the intricate tale of two magicians who are both young, talented, and assertive. Each of them has achieved success in their chosen field. But this is not enough. Obsessed with the desire to outdo the other, they find themselves engaged in a severe, life-long battle for supremacy. The question is open: who will become the best magician in England?