10 Celebrities Who Made It Back to the Top

Popularity is an easy thing to lose: here today, gone tomorrow. Many celebrities ruined their own careers in a heartbeat with just one mistake. There are also those who managed to claw their way back and shine even brighter than before.

Bright Side found examples of how strength of spirit, perseverance, and talent helped famous people regain their former glory and the love of their admirers. If you have other examples, continue the list in the comments. 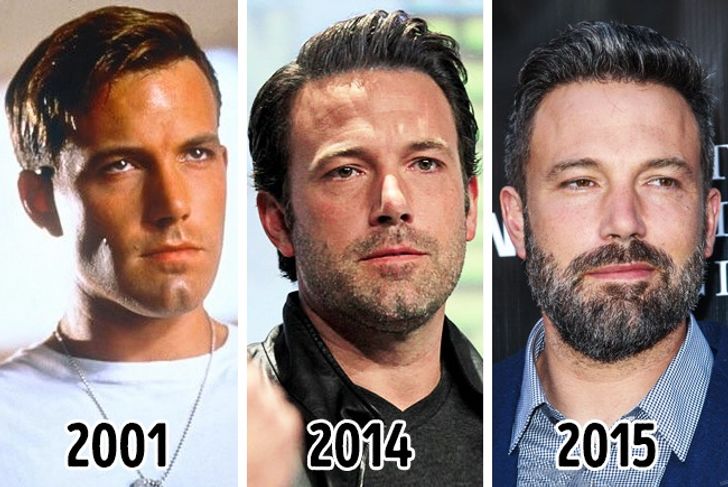 Ben's career is a classic case of riding a roller coaster with its ups and downs. He gained wide recognition and was on top in the late 1990s when he won an Oscar for Best Original Screenplay for Good Will Hunting. His popularity dropped sharply at the beginning of 2000. He received a Golden Raspberry for Worst Actor in the films Paycheck and Daredevil, and he was nominated for the same "anti-award" for Armageddon and Pearl Harbor. Ben couldn't boast of much success up until 2012. All at once he won the Razzie Redeemer prize in 2015 and got himself back on top. 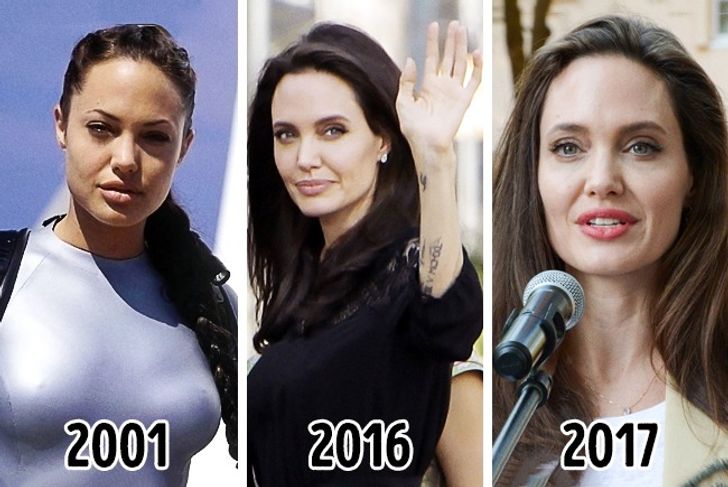 An emotional breakdown due to divorcing her husband, Brad Pitt, as well as being the mother of many children, led to the withering of Jolie's beauty. 2016 was the only year in recent times when she didn't act in a movie. With a sinking heart, her fans were reading press headlines about how Jolie's weight fell first to 40 kg (88 lbs) and then to 35 kg (77 lbs).

Angelina Jolie is dealing with a lot right now, but there are new photos in which she looks much better. Judging by recent projects Jolie was involved in, we are happy to note that the beauty is back in action. 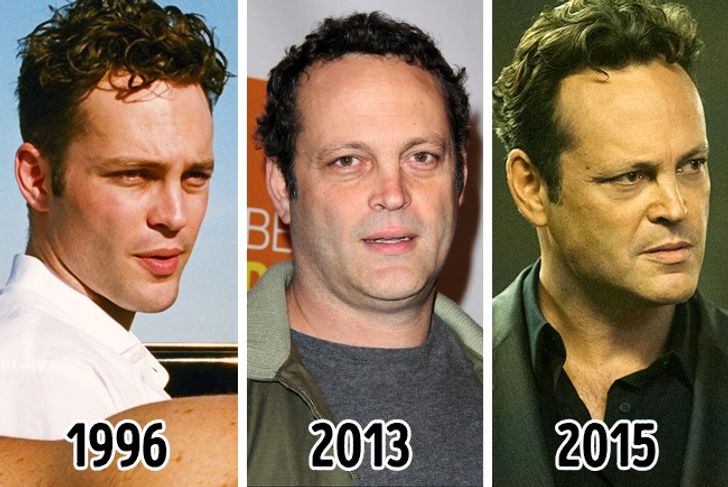 Vince Vaughn began his acting career in the 1980s. He gained wider fame from the movies Swingers and The Lost World: Jurassic Park. In the beginning of the 2000s, he was filming light comedies because he wasn't considered good enough to be cast in serious projects.
In 2015 he got to play in the cult drama TV series True Detective, which made his popularity grow considerably. 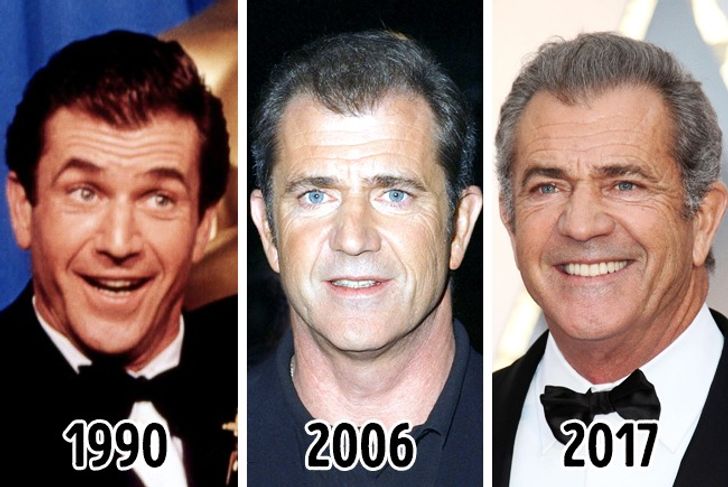 Although he gained a great reputation by filming the drama Braveheart, Mel Gibson hasn't always stayed on top. The brilliant actor and filmmaker has fallen out of sight many times due to problems with the press. In the middle of the 2000s, he had alcohol problems. Moreover, he made extreme statements on religious issues, bringing a deluge of criticism.

It seemed like his star in the Hollywood firmament would never be as bright as it had been in distant 1990. 2017 has come. Mel Gibson won an Oscar and a Golden Globe for the successful Hacksaw Ridge, which let him reclaim his former fame and admiration. 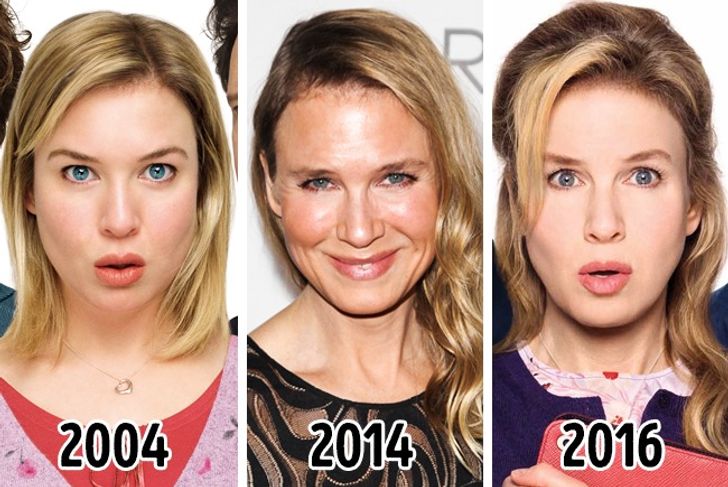 This charming young lady became a symbol of all single women when the first Bridget Jones came out. Renée Zellweger perfectly played the clumsy cutie and was not afraid of any unappealing camera angles. Her courage is the exact reason why she's loved by millions of people all over the world.

However, in 2014, this big-time celebrity shocked and upset fans by experimenting with her appearance. People couldn't recognize the Renée-Bridget they'd become used to seeing on the screen. She had to correct this great mistake and make her face recognizable again. Once that was done, she regained the love of her fans. 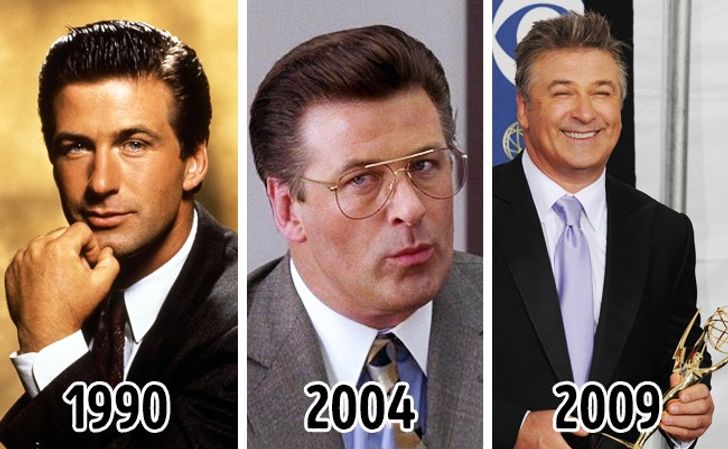 Alec Baldwin was a fine figure of handsome macho who could make women fall in love with him with a single glance. Time always affects appearances: he used to be a stately young man, and now he's turned into a respectable, intense-looking, gray-haired man.

For a period of time, the actor didn't appear on the air due to an artistic block. Even though he was in some movies, he couldn't boast of any marvelous success. But true artistic talent is never lost, no matter what. The actor reached a new peak of popularity by filming the satirical television sitcom 30 Rock, for which Alec won several prestigious awards. And since then he has been given the green light to play great parts in films. 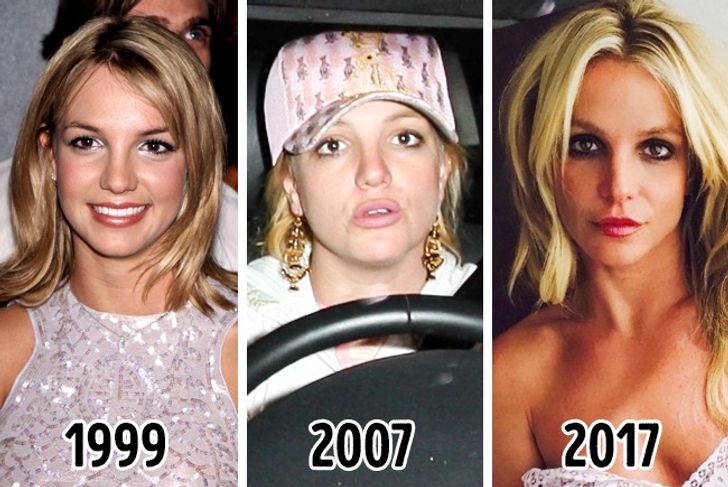 In the 1990s, the talented Britney Spears conquered the whole world with her powerful voice and charming face. She became a pop icon of that era. But, as is almost always the way, her world popularity played a cosmic trick on her.

In the middle of the 2000s, everybody was talking about the singer's prolonged depression and drug and alcohol problems. Nevertheless, Britney managed to find her way out of life's dangerous corner, and she's back on top of musical Olympus. 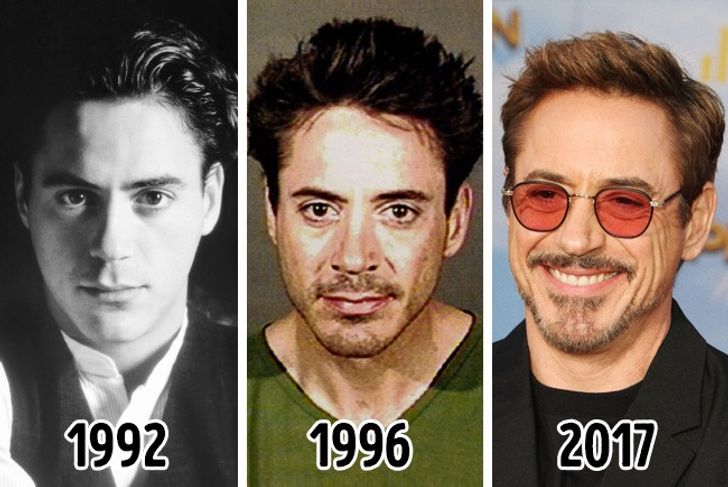 Marvel hero Iron Man, his alter ego Tony Stark, famed London detective Sherlock Holmes, or simply Robert Downey Jr. This is one of the highest-paid actors in Hollywood. But some time ago the brakes were put on his career due to imprisonment.

Legal problems and drug addiction don't suit anyone. However, if one pulls himself together, it's possible not only to get out of the swamp but also to make his way to the top. 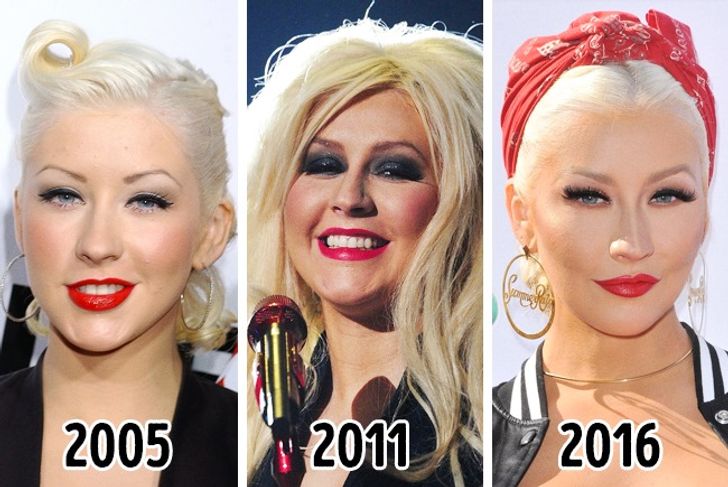 The angel-voiced girl with a sweet face and a perfect body has been a good example to follow for several years. Christina Aguilera went through 2 pregnancies and a rough divorce which changed her beyond recognition. The skinny blond girl turned into a "chunky" woman, and by that she brought a tornado of displeasure.

Envious people tried to ruin the great singer's career, but they couldn't. Changes in her appearance haven't affected her tremendous voice in any way. Christina got herself back in great shape. Nowadays, she continues to gain prestigious awards and make fans happy by releasing new songs. 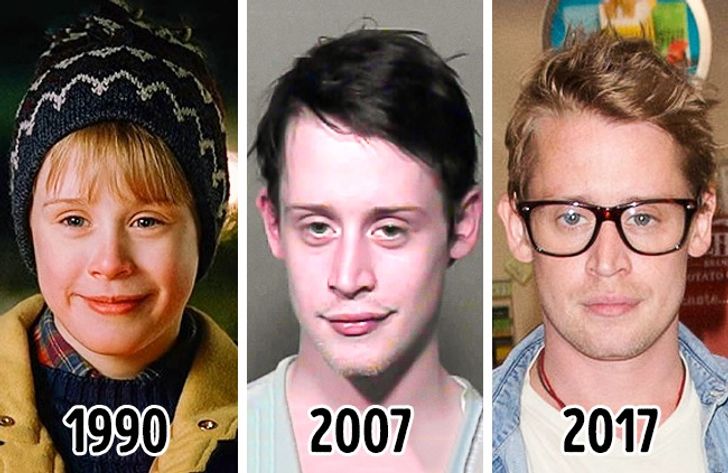 Nobody expected Macaulay Culkin to make it back to the top. The Internet is bursting with jokes and memes on his coolness as a child, comparing that to how bad things are now.
Drunkard, drug addict, suicidal – these labels were still going strong up until this summer when new photos of the refreshed and recovered actor appeared on the Internet. Culkin looks perfect. We hope his performance in the movie Changeland (2017) will bring him a new wave of success. Mac, fingers crossed.