Why One Side of Your Face Is More Attractive Than the Other, According to a Study

10 Poses That Can Fight Your Menstrual Cramps

“I Thought I Would Be Sad Forever. But I’m Not.” Women Share What Life Is Like After a Divorce 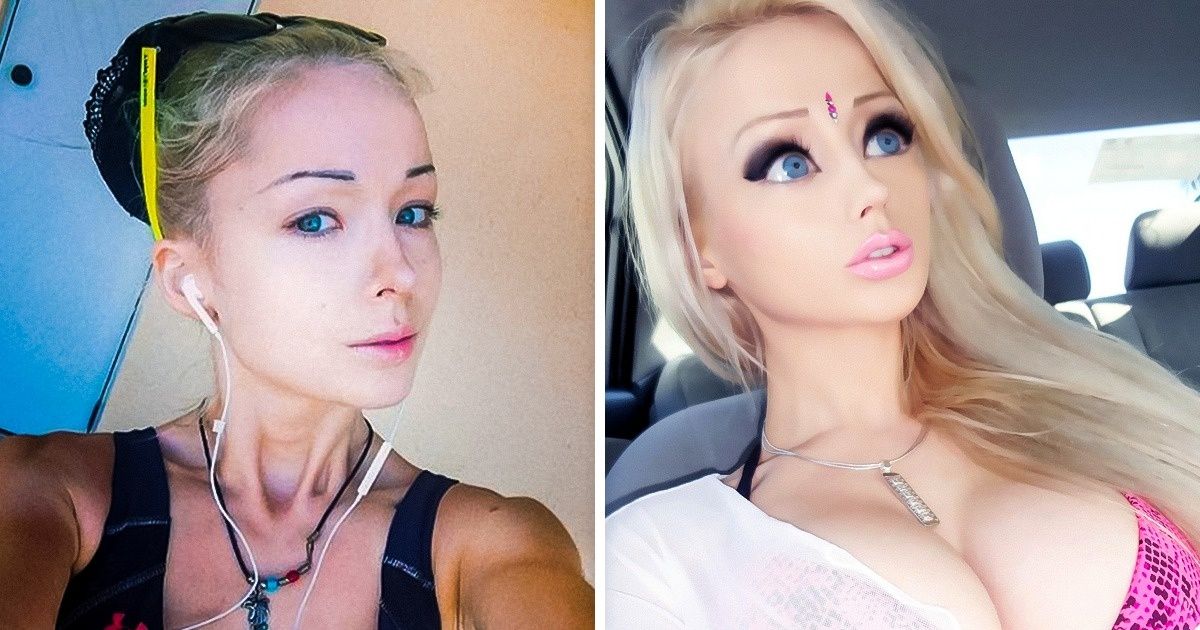 While the world goes deeper into individuality, there are some people who do their best to look like real-life dolls. They spend a pocketful of money on plastic surgery, they put on extravagant makeup, and they gloss over every pic to look like true Barbies and Kens.

We at Bright Side decided to get you acquainted with these doll-people. Their amazing appearances will surely not leave you cold.

Rodrigo Alves was disappointed with his looks all his life. He knew for sure how to spend his grandfather's inheritance: the total cost of surgery was more than $250,000, and the operations made him look like a real-life Ken doll. Now he is a frequent guest on various shows and one of the brightest examples of how craving the ideal appearance can cause harm.

Who is it: a real person or a character from "The Sims"? There is much fuss about Lil Miquela, the Instagram model from LA. Some specialists in animated graphics claim that Lil is a combination of real photos and a 3D-model.

Amber Guzman turned into a real-life doll because of muscular dystrophy. The girl says that her Barbie image saved her life. Amber imagined herself as a toy, always needing help even in moving.

After appearing on Australia’s Next Top Model, the dark-skinned Barbie-like model is known all over the world. Thanks to her unusual looks, Duckie Thot doesn't only have thousands of fans around the globe but also appears on the covers of world-famous Vogue and Harper's Bazaar.

Justin Jedlica says he wants to be 100% plastic. The man thinks he is still far from his ideal appearance, even after 190 surgeries. He is now planning new alterations to his looks.

This girl is a real makeup artist. In her YouTube videos, she easily becomes Sherlock, Jack Sparrow, Justin Bieber, and others. Her doll appearance is also the result of skillful makeup.

Nannette Hammond spent $500,000 to look like Barbie. The mother of 5 from the USA says she always collected dolls and dreamed of resembling one of them. Her first surgery was at the age of 21. This eccentric woman is now 43, and she is not going to stop.

Miniature Dakota Rose claims that her appearance is not the result of plastic surgery but the right makeup and clothing. This American girl is 22, and she lives in Tokyo because most of her fans are from Japan. Not surprising – they all love anime!

Angelica was treated and dressed like a princess when she was a child. She says, "My parents never let me go for a walk or communicate with boys. I don't have the regular adulting experience. I'm not created for real life. I'm just a living doll." Now the girl is a famous model and considers it a compliment when she is called "Barbie."

Ukranian Barbie claims that she had only breast surgery, nothing more. Her doll-like appearance is the result of proper dieting and good makeup. It somehow resembles story-telling, doesn't it?