© 2014–2022 TheSoul Publishing.
All rights reserved. All materials on this site are copyrighted and may not be used unless authorized by the Bright Side.
827-

20+ Pics That Prove Family Life Is Full of Adventures 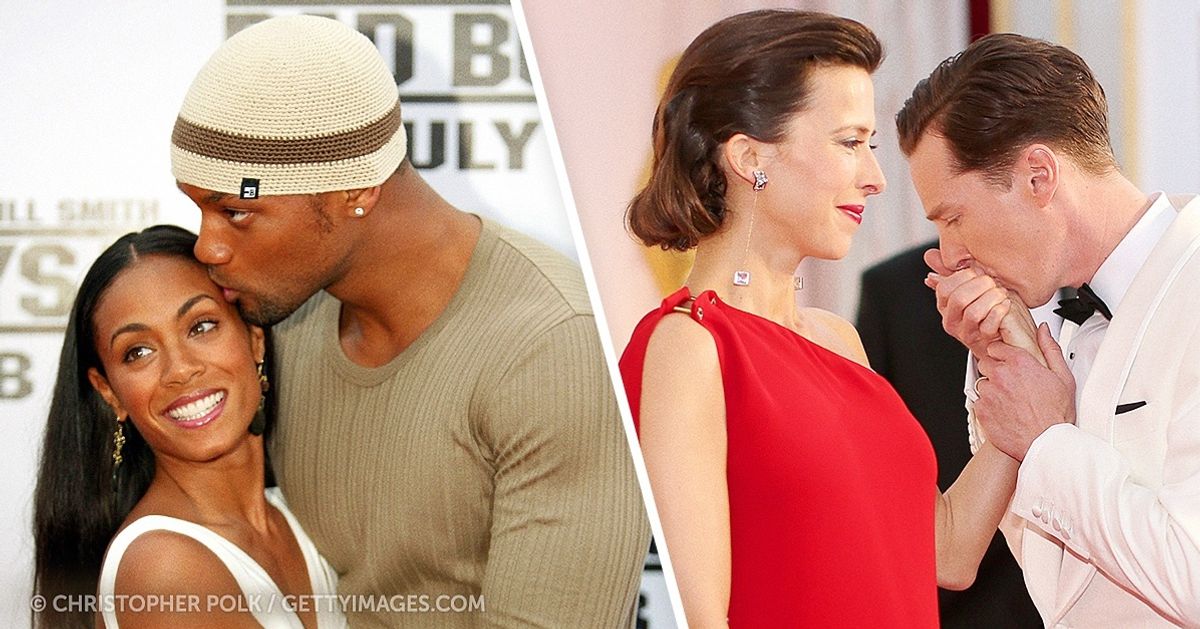 We're all human. Everybody wants to be loved and understood, but finding true love is never easy - and this can be especially true for celebrities, who seem to have even more trouble with finding their life partners than anyone else in the glare of publicity. But there are some Hollywood stars out there whose love stories are inspiring and insightful.

We here at Bright Side selected a few of our favorite happy couples who really inspire us with their devotion to each other.

Susan, a charming, smiling lady, is in fact the real-life partner of Iron Man. Robert Downey worships his wife. He says that it was she who helped him to overcome alcohol abuse.

Millions of women all over the world have dreamed of being with George Clooney. But he chose Amal, a brilliant lawyer and jaw-droppingly beautiful woman. Every time they're seen in public, the couple looks just so happy together!

The couple have become inseparable since they met and hit it off on the set of 'Step Up' ten years ago. Both actors simply adore their little daughter, and often publish makeup and filter free photos of their family. They have nothing to be ashamed of!

After nine years of dating and four years of marriage, this couple is still happy together. With a charming baby son, they are an example of how people can enjoy a married life. Their secret is simple  — Justin and Jessica just pay zero attention to what people say about them.

The 21st century Sherlock Holmes, Benedict Cumberbatch, and his wife Sophie simply adore each other. Benedict pampers his wife like a queen, and she, in her turn, consoles him when he's down and supports him in all his endeavours. The actor thinks he's not easy to love, but Sophie somehow copes with this difficult task. We're so pleased for both of them!

Is there anyone on the planet who still hasn't heard of Brangelina? These two super stars have managed to create a strong loving family with six children. Who would have thought it was possible in Hollywood?

The heart of the Mighty Thor from the Marvel Universe was conquered by a charming lady, Elsa Pataki. Even the age difference between the two — Сhris is seven years her junior — doesn't seem to hinder their relationship. Living happily together, the couple have three children already.

Now here's an interesting fact: Ian Somerhalder and Nikki Reed both played vampires in previous roles. Who knows, maybe it was some kind of vampire charm that drew them to each other?

They're probably the most popular Spanish couple in the world. They met as far back as 1992! Everything is good in its season, though — Penelope married Javier only 18 years later, in 2010. Now, they're raising two children together. What will their babies look like when they grow up? What do you think? Beautiful, probably!

All happy families are happy alike. Natalie and Benjamin have created an ordinary family that does everything together. And after the birth of their son, their relationship has become even stronger.

A true story of love at first sight brought a famous actor and a Brazilian model together. Today, they have three children. Matthew says he is still madly in love with his wife, and Camila, in her turn, is always there to support her husband.

The last Bond's compelling smile and piercing blue eyes made more than one woman's heart beat faster. Even the brilliant actress Rachel Weisz could not resist such an attraction. After twelve years of dating and five years of marriage, they still behave as if they're on their first date.

She performs at concerts, and he plays in films. How on Earth do they manage to find time for their family and, even more, to look at each other with loving eyes?

Perhaps, this is what people call the magic of love.

They're one of the most stunning couples in Hollywood. Will Smith and Jada Pinkett have been married for 18 years and have two children together. But he still refers to Jada as ''my queen'' and is not ashamed to show his feelings in public.

This has to be our favourite couple. When you look at them, you get the impression that arranging your family life perfectly really is that simple. Keith and Nicole were both disappointed and alone when they first met. Together, they managed to overcome drug addiction and withdrawal. Today, Nicole is a happy mom and Keith loves his wife with all his heart.