© 2014–2022 TheSoul Publishing.
All rights reserved. All materials on this site are copyrighted and may not be used unless authorized by the Bright Side.
16115-

20 Gems That Were Hiding in People’s Houses

Test: Check Your Visual Skills by Looking for Hidden Animals in These 15 Images 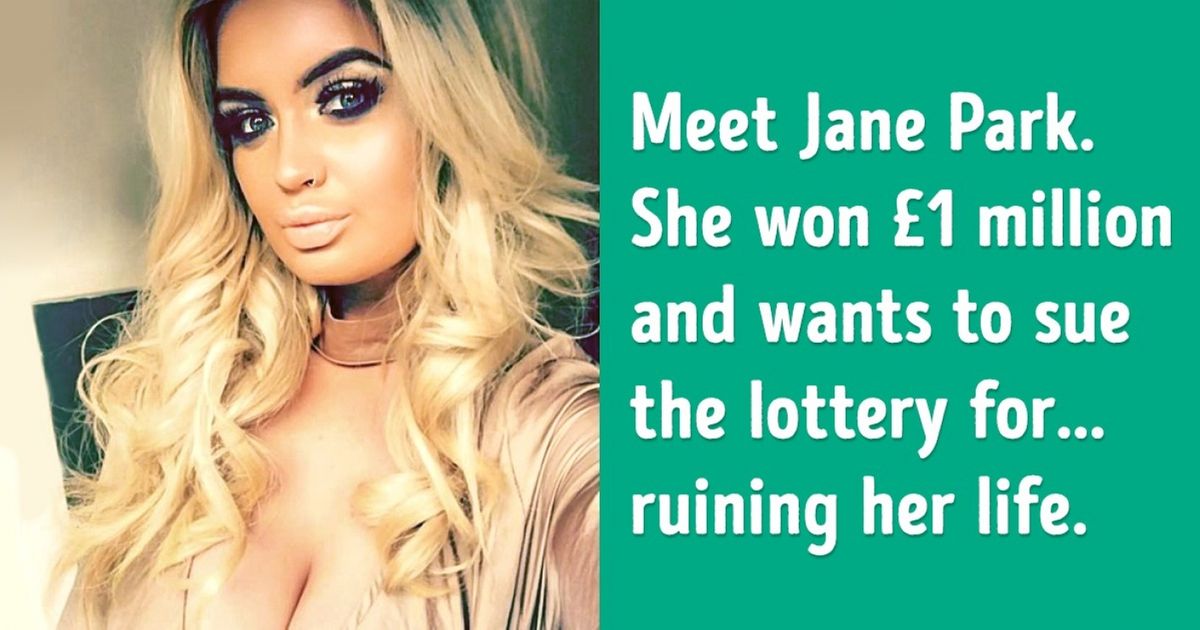 We sometimes dream of winning the lottery, thinking our life will then turn into a fairy tale. However, big money is a big challenge, and not everyone's ready for it.

We at Bright Side gathered several stories about how people behaved when they caught their luck by the tail - all of them different, like life itself.

Mickey with money and after wasting it.

In 2002, a 19-year-old Scottish garbageman won over £10 million. He decorated himself with heavy golden knickknacks, bought a £700,000 elite mansion with a pool, and began hosting wild parties there. Once, he and his buddies drove the streets at night and fired steel balls from a catapult, breaking 32 cars in the process.

Papers dubbed Mickey "Lotto lout" and "King of the Chavs." Yet after a few years of squandering, the money ran out, and he had to sell his mess of a mansion for £100,000 just to pay his debts. Mickey is now working as a garbageman again and doing repair jobs. Still, as he says himself, "I have no regrets."

Karl on the day of the win and today.

In 1996, Karl Crompton won a sum of about £11 million and became a paparazzi honey. He had the looks of a playboy and led the life of a rock star, buying luxury stuff and throwing wild parties. He was dubbed "Rollover Romeo" and one of the most eligible bachelors in the UK.

He would probably have wasted all his money if not for some chance thought. Karl invested the rest of it into real estate and eventually doubled his fortune. He's now married to his former classmate; they live in their own big house and are perfectly happy.

30-year-old furniture restorer David Ashcroft also became one of the most famous lucky guys in Britain, though for different reasons: after winning the lottery in 1997, he never changed a single thing in his life.

All he did with the money was buy himself a truck for work, a Mitsubishi sedan, a trailer for his parents, and he did some repairs on his veranda. There was a Ferrari, but he gave that to his relatives. Papers dubbed Ashcroft the "secret millionaire" and are still watching him closely for any money-wasting activity. But the latest news in 2013 was that he changed his windows. So much for wild parties.

Brad Duke from Idaho, US, was well off even before winning: he owned 5 franchised Gold Gym fitness centers. In 2005, having won the lottery, he said he'd like to raise $1 billion and help others.

Brad stayed true to his word and invested in bonds and real estate while still managing his gyms and doing charity work. He hasn't earned his billion yet, but he's doubled his capital, and he wants to write a book about it when he reaches the goal. "I'd like to do the right thing with this money and share my experience with others."

When Andrew "Jack" Whittaker won the jackpot of the Powerball lottery, everyone thought he'd be able to increase his funds and thrive because his own construction company was estimated at $17 million. It all went well at first: Jack gave 10% of his winnings to charity and bought a house and a car for the shop assistant who sold him the lucky ticket.

But then Jack's inner demons got the better of him. He began drinking and gambling, spending large sums of cash. First, robbers took $500,000 from his car. Then someone cleared his bank accounts by forging checks. In 2016, Jack's uninsured house burned down. As a result, in 4 years, Whittaker was left with empty pockets and a $1.5M debt to a casino.

Jane Park, who wants to sue the lottery, £1M

Jane Park is the youngest big lottery winner ever: she won the EuroMillions when she was 17. Jane immediately and happily went on a shopping spree, but after 4 years she says she wants to sue the lottery management: the girl faced lots of haters and even had to hire security guards for fear of them actually carrying out their threats. "My life could've been 10 times better if not for the win," Jane says.

Even though he was a simple bus driver, Peter Lavery from Belfast got the most out of his money: he opened several businesses, the most famous one being Cooley Whiskey Distillery - the first one in Belfast in the last 75 years. Apart from the distillery, there's a tasting room and a 200-seat restaurant.

Here Peter produces Danny Boy, a great blended Irish whiskey. "I work more than I did before the win," Peter says, "But I'm happy, and my distillery is like another lottery prize for me."