Doctor Apgar’s Name Is Famous Among All Mothers, but Not Everyone Knows Why We Should Be Grateful to Her

The Apgar Score is a term that every woman knows who’s ever given birth to a baby in a modern hospital. It’s one of 3 main indicators that a young mother learns in addition to her baby’s height and weight. As a rule, there are 2 digits that show the baby’s condition at the first and the fifth minute after coming into this world, and as long as they are over 7, a mother has no reason to worry. But not very many people know that there’s not just a baby’s health behind these digits, there’s the life of a person who managed to turn the world of medicine upside down with her incredible work.

We’re talking about Virginia Apgar, a brilliant doctor, talented musician, and amateur pilot. She didn’t have a crazy life, but Bright Side thinks that her story deserves at least an article.

Virginia was born on June 7, 1909 in New Jersey. She was the youngest child in a very poor family. Her father was a scientist and an inventor. He had a laboratory in the basement and a homemade telescope in the attic. He was also a music aficionado and created an orchestra with his family members. Thanks to her dad, she knew all of the constellations and could play the violin.

Her childhood could’ve been really happy if it wasn’t for some unfortunate events: her older brother was diagnosed with tuberculosis and another brother had a chronic disease. Unfortunately, her older brother didn’t survive. Perhaps it’s thanks to this tragedy and her love of knowledge that surname Apgar became significant in medicine. 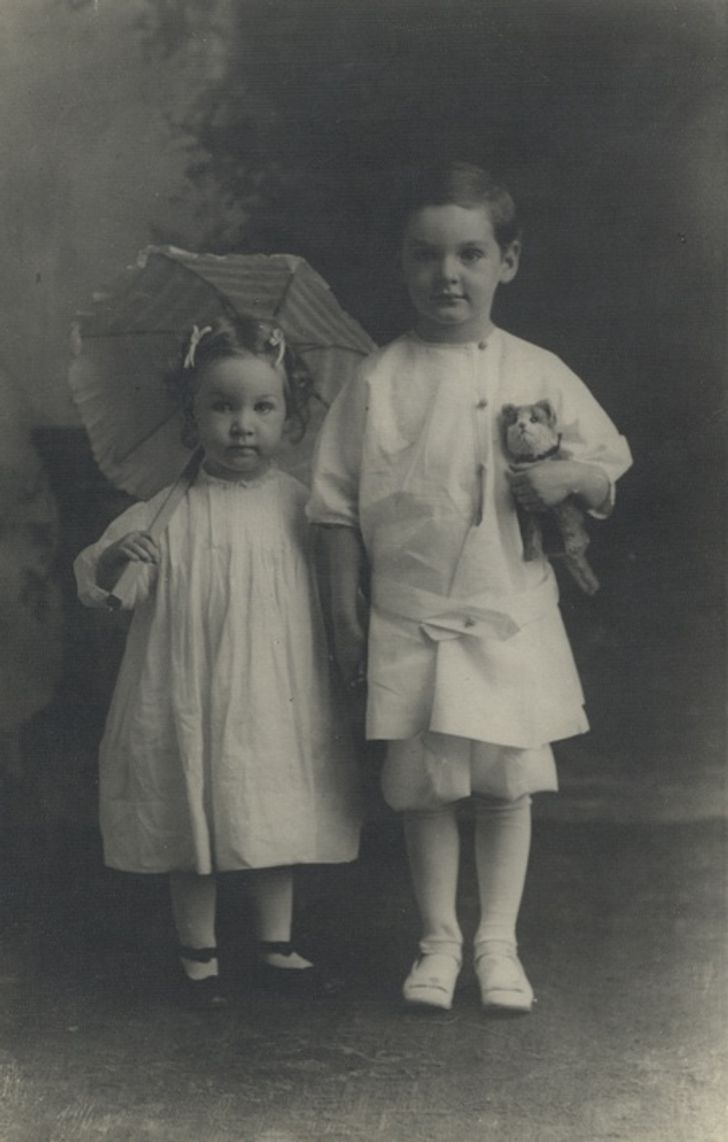 Little Virginia and her brother Lawrence

After school, Virginia entered college to study zoology. Here, her violin skills helped her to get a scholarship to pay for her education. But she still didn’t have enough money for everyday things, so she had to look for places to work part-time.

In 1929, Apgar got really close to her dream — she entered Columbia University, in the department of surgery and therapy. Then, after 2 months, the Great Depression began and she had to borrow money from a family friend to continue studying. She successfully graduated from the university, but by the time she got her diploma, she was already $4,000 in debt. 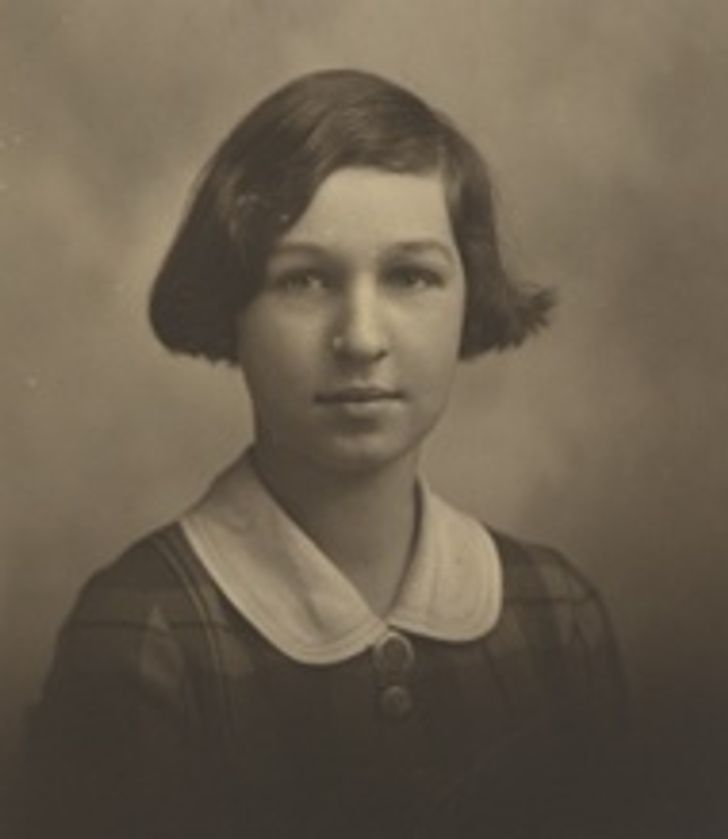 After college, Virginia started working as an intern with a group of surgeons and was really successful. But during that time, it was difficult for a woman to achieve significant career goals and she had to pay all of her debt. Then, chief surgeon, Alan Whipple offered her a chance to try anesthesiology as a profession.

In the 30s, anesthesia was mostly performed by nurses, and this branch of medical knowledge wasn’t fully developed. Whipple needed someone smart that could bring anesthesiology to a completely new level and Virginia Apgar was just the person to do it. 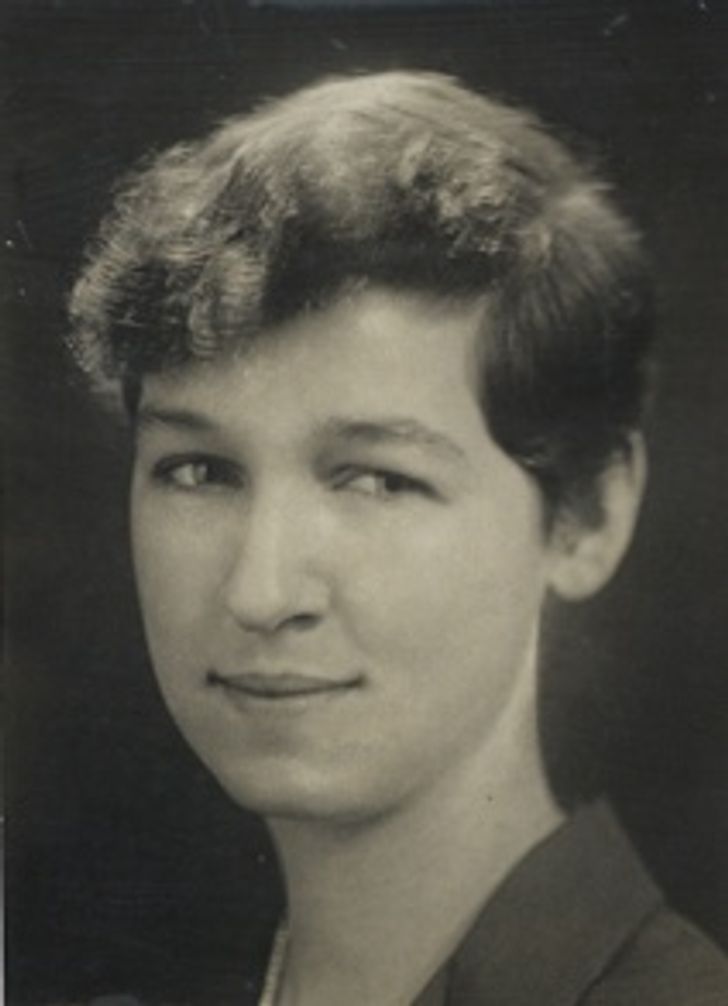 For her, it was very difficult to study anesthesiology since there were no experts in this sphere. Until the mid 40s in the USA, anesthesiology wasn’t even a separate branch, and Apgar changed everything. In 1938, she headed the anesthesiology department and was the only employee. In 9 years, she became the first ever female professor at Columbia University.

Virginia started specializing in obstetrics and gynecology. In the 1940s, anesthesia was popular during labor and Apgar started studying its impact on babies. For this purpose, she invented her own newborn health score, which was presented during the 27th annual anesthesiology congress in 1952.

To remember the criteria, Virginia Apgar used her own surname:

Each criteria has 2 points, and the highest score is 10 points. The check is supposed to be performed during the first and the fifth minutes of a baby’s life. For example, if the score shows 7 or more, a baby’s health is fine, if it’s less than 3, the situation is critical.

This method is pretty simple, yet very important: it shows doctors if a baby needs resuscitation and thanks to this method, the infant mortality was reduced in the US. 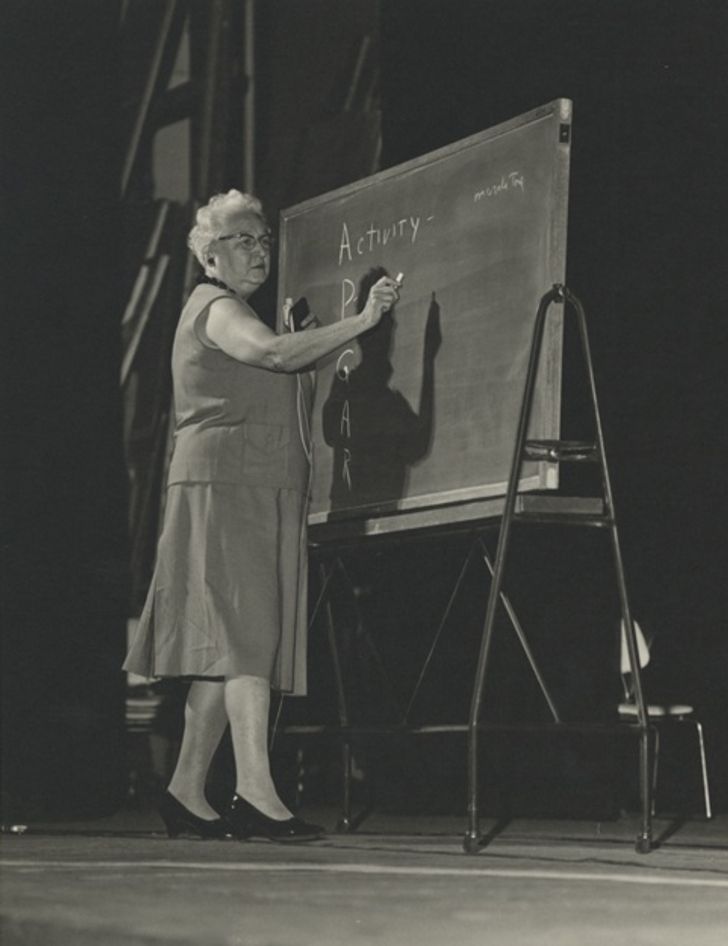 It was clear that Virginia Apgar made a powerful breakthrough in medicine, but she didn’t stop there. In 1959, she started studying again to get her master’s degree in health. At the same time, she was offered the chance to serve as director of the congenital defects division at the National Foundation for Infantile Paralysis.

Apgar was the first one to speak about compulsory vaccination against rubella. The thing is, this disease isn’t dangerous for adults, but may cause serious fetal congenital pathologies if a woman gets infected during pregnancy. 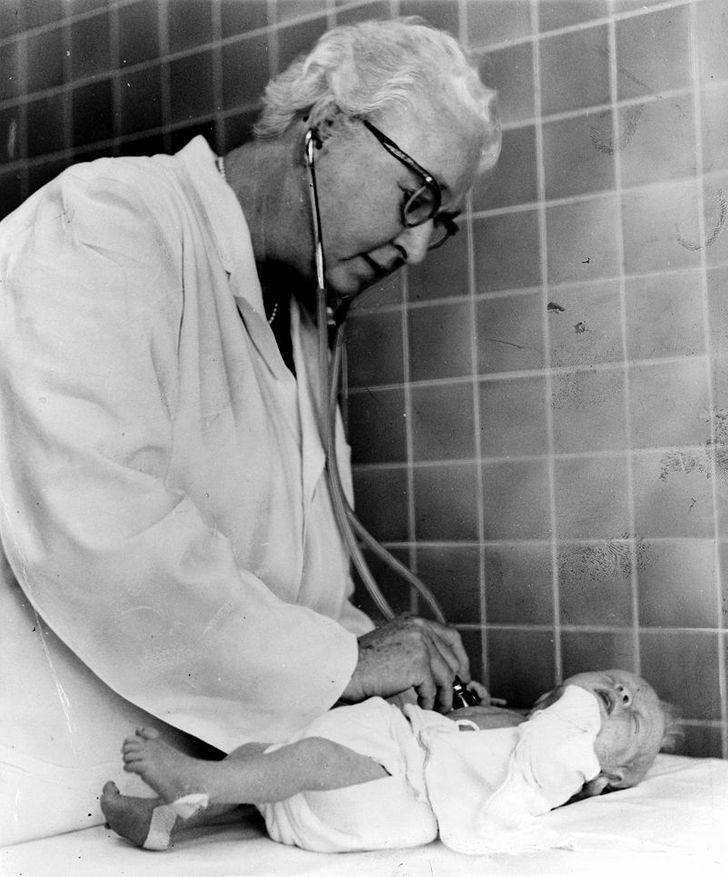 Virginia Apgar, who saved millions of lives thanks to her research, didn’t have her own children. She never got married either. Music was her love. Wherever she traveled, she took her violin with her. She often went to concerts of amateur orchestras and joined them.

Once, one of Apgar’s patients, Carlin Hutchins, told her that she made musical instruments, and Apgar asked her patient to teach her. Having devoted all of her time to medicine, somehow Apgar managed to find time for this new hobby — from midnight to 2 AM. She made 2 violins, a cello, and a viola. To create the viola, she even had to commit a crime.

She needed a maple board for the back of the viola and found a suitable shelf in the telephone booth in the lobby of the hospital she worked at. She tried to take it legally but failed, then Apgar asked Hutchins to help her, and they stole the shelf. The women brought another shelf to replace the stolen one, but it was longer, so they had to saw it in the ladies’ room. 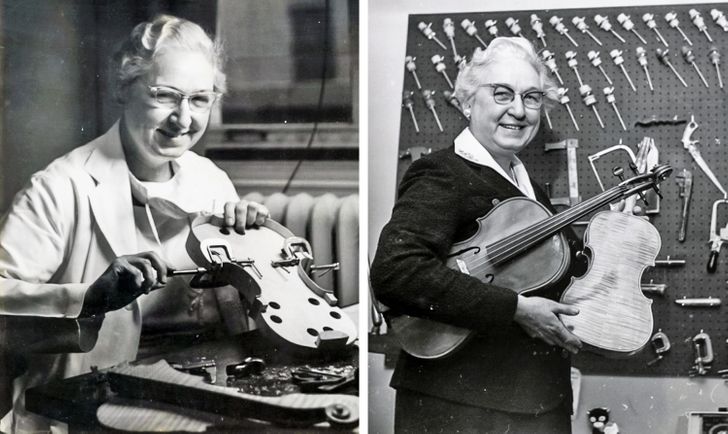 Virginia Apgar had many interesting hobbies. She loved going fishing for salmon in Scotland and around the Great Barrier Reef. She also loved gardening, stamp collecting, and playing golf. At the age of 50, Apgar started taking flying lessons and dreamed about flying under the George Washington Bridge in New York City.

A woman with so many hobbies, who managed to build a career in the male-dominated world of medicine, was destined to turn into a feminist, but she didn’t. She didn’t think women had to be liberated and said, “women are liberated from the time they leave the womb.” By the way, she used to claim that gender inequality in medicine still mattered, especially when it came to salaries. 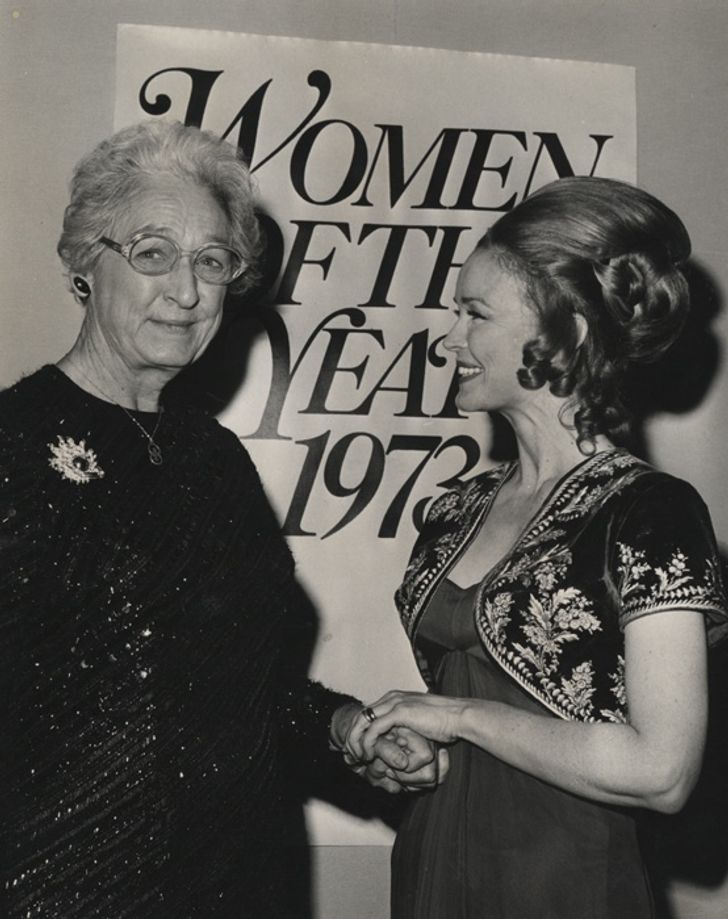 In 1974, Dr. Apgar died. In her eulogy, her colleague and friend, Stanley James called her an “eternal student” for her constant pursuit of knowledge. “The only thing she couldn’t learn was to speak slowly,” mentioned James, remembering Virginia’s pace during lectures. She appreciated her time here and managed to do a lot more than others. Unfortunately, she didn’t ever get to fly under the George Washington Bridge. 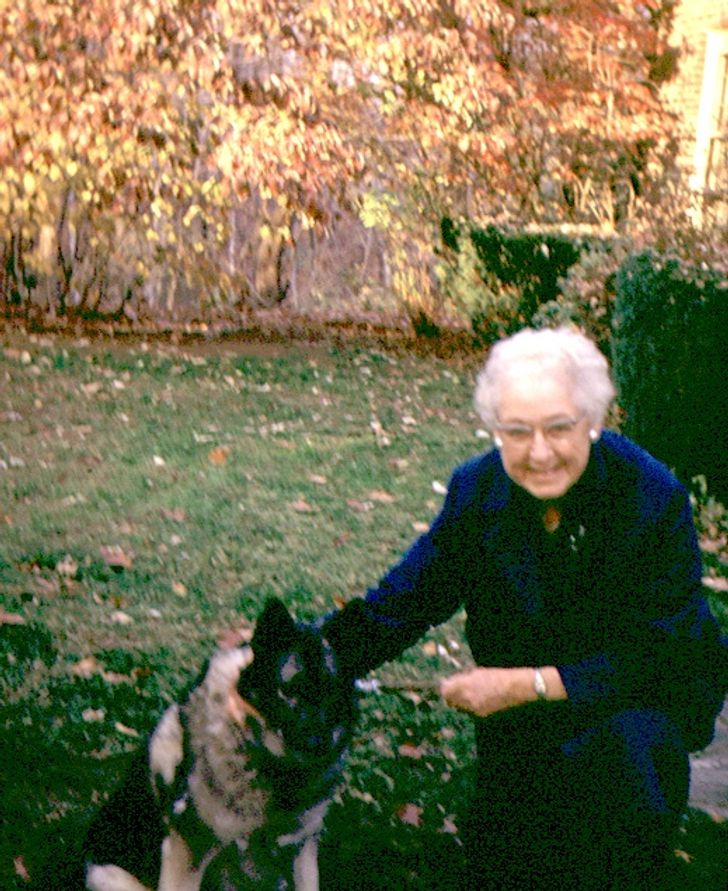 Do you want to add anything about this outstanding woman? Would you like to devote your life to just one thing?