The tragic eruption and the lost city of Pompeii have left a deep mark in modern history. For centuries after the deadly eruption, Pompeii was buried and forgotten by humankind, but the remains of the city were kept perfectly preserved, and today they provide us many with fascinating facts about the ancient civilization of Pompeii and the secrets of Mount Vesuvius.

We at Bright Side put together 10 startling facts that will allow you to take a closer look at the tragic incident in Pompeii and find out more about the mysterious volcano of Mount Vesuvius.

1. No one knew that Vesuvius was a volcano.

The people of Pompeii had no idea what they were dealing with. No one knew that Vesuvius was a volcano since it hadn’t erupted for more than 1,800 years. Pompeii was prone to minor earthquakes at the time, but local residents didn’t give much importance to those warning signs.

2. Pompeii was not originally a Roman city.

You would be wrong to assume that Pompeii was a Roman city as so many of us have, but as it turns out, studies have found that Pompeii was originally founded by Oscans in the 6th or 7th century B.C. Long after, in the third century B.C., Pompeii was conquered by the Romans. After the excavation of Pompeii, certain objects from Greek culture were found which further proved the fact that the Greeks used to inhabit Pompeii.

3. Pompeii remained undiscovered for 1,500 years after the tragic volcano eruption. 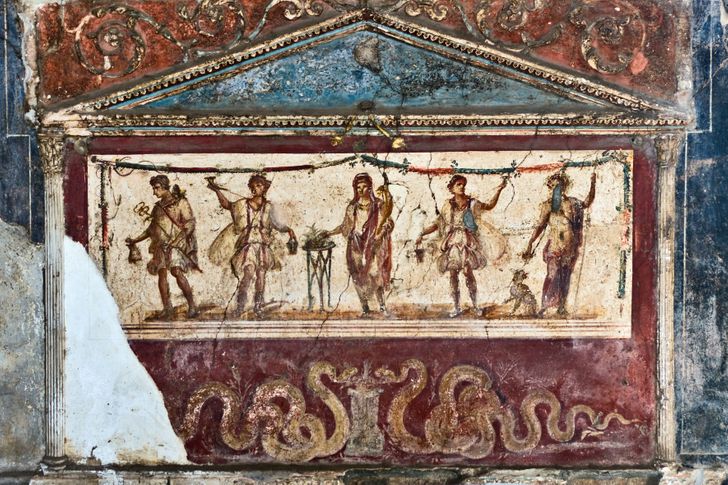 It seems baffling how an entire city can just be wiped out and forgotten from human history, but you can’t blame anyone for that since Pompeii remained buried in volcanic ashes for centuries. It wasn’t until 1599 that Pompeii was accidentally rediscovered by Italian architect Domenico Fontana while he was digging a water tunnel. 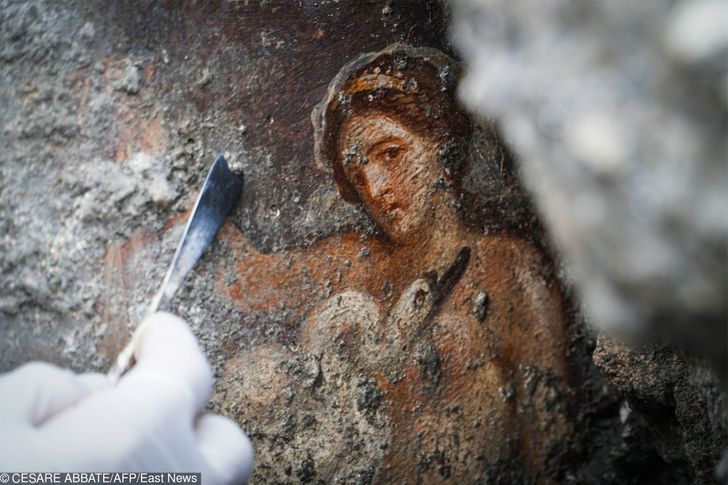 4. If the wind blew in a different direction, the ash from Vesuvius would have been blown away from Pompeii. 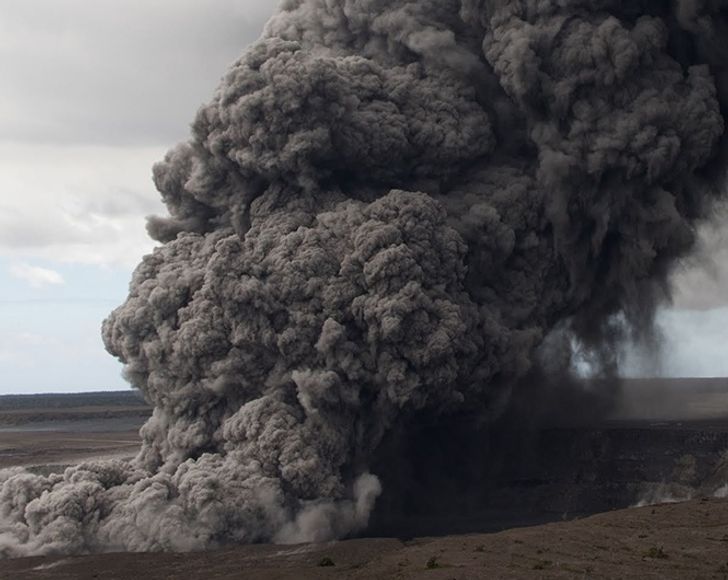 The people of ancient Pompeii were really unlucky. Had the eruption taken place on any other day, they would probably have had a better chance of escaping. In Pompeii, the wind usually blows in a southwesterly direction during the summer period, which would have blown the ash away out over the Bay of Naples. However, on that dreadful day, the wind in Pompeii blew in a northwesterly direction, causing the ash from the deadly eruption to be blown directly toward Pompeii.

5. The last eruption of Mount Vesuvius was in March 1944, during WW II. 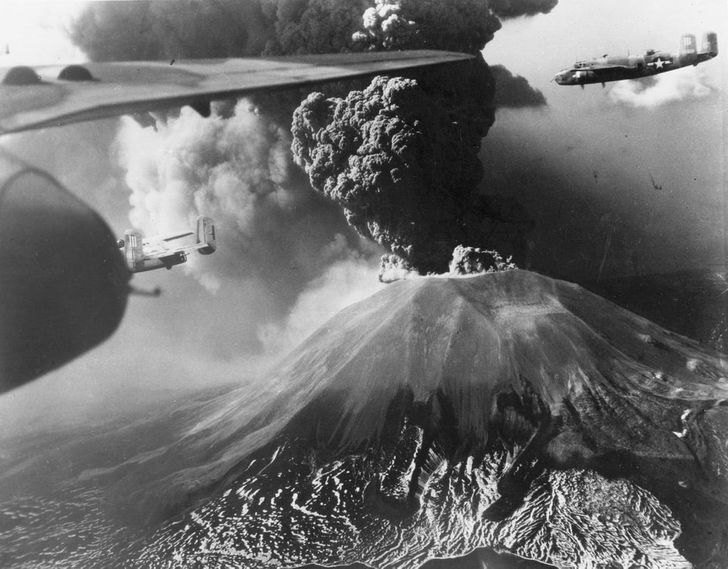 6. The eruption started on the morning of August 24, 79 A.D., just one day after the festival of the Roman god of fire, Vulcan. 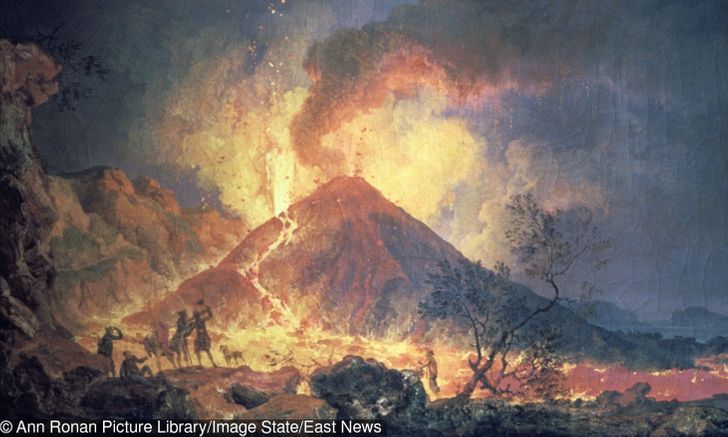 It is believed that the tragic incident occurred on the 24th of August, 79 A.D., exactly one day after the religious festival for Vulcan. Mount Vesuvius erupted and spewed giant masses of lava, volcanic gas, volcanic ash, and molten rocks at 1.5 million tons per second, to a height of 33 kilometers, and at a speed of 100 kilometers per hour.

25 meters of a poisonous mixture of gas, lava, and ash buried the cities of Pompeii, Stabiae, and Herculaneum. The eruption of Mount Vesuvius is thought to have lasted for 24 hours. Ultimately, it released 100,000 times the thermal energy of the Hiroshima-Nagasaki bombings. After the eruption, the buried cities were forgotten from human history for over 1,500 years.

7. Pompeii was buried under 4-6 m of thick volcanic ash which perfectly preserved ancient objects for centuries. 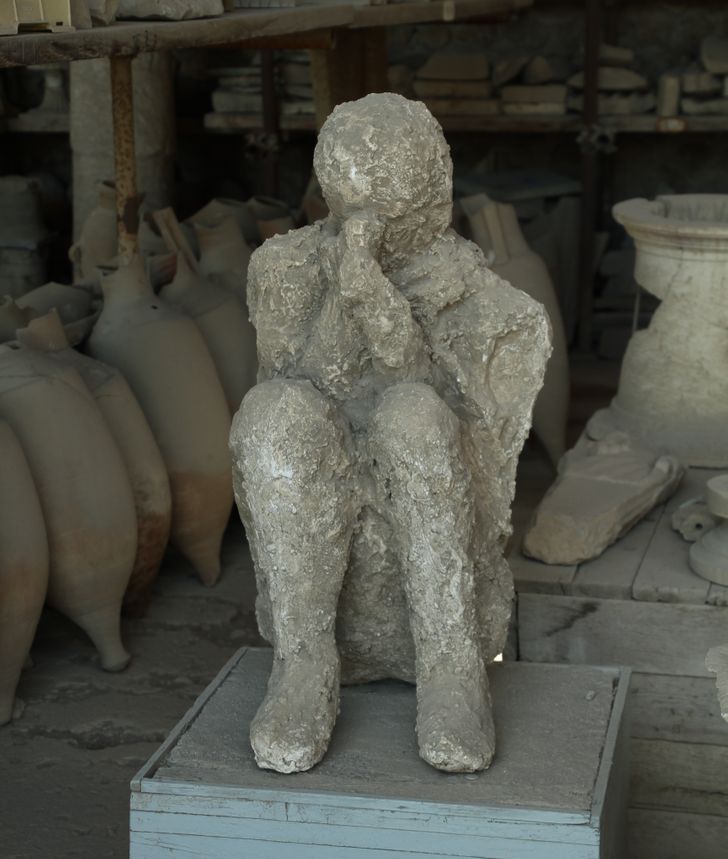 In the year 1748, Pompeii was rediscovered and excavated, providing an unparalleled archeological record of the everyday lives of Pompeii’s ancient civilization. Due to the thick layers of ash and pumice, and the lack of air and moisture, the artifacts found in Pompeii were perfectly preserved. 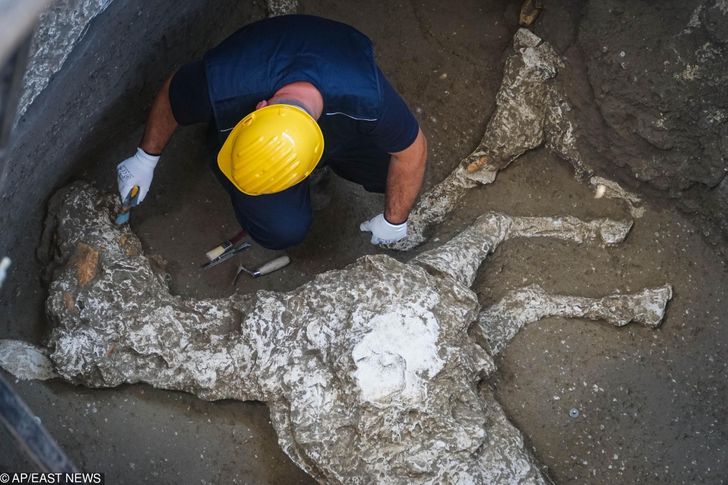 These artifacts provided detailed insight into the life of Pompeii as it was just moments before the tragic eruption. Its buildings remained intact, and its people were frozen right where they had fallen.

8. Pompeii was a highly-developed city inhabited by wealthy people with a lot of cultural landmarks. 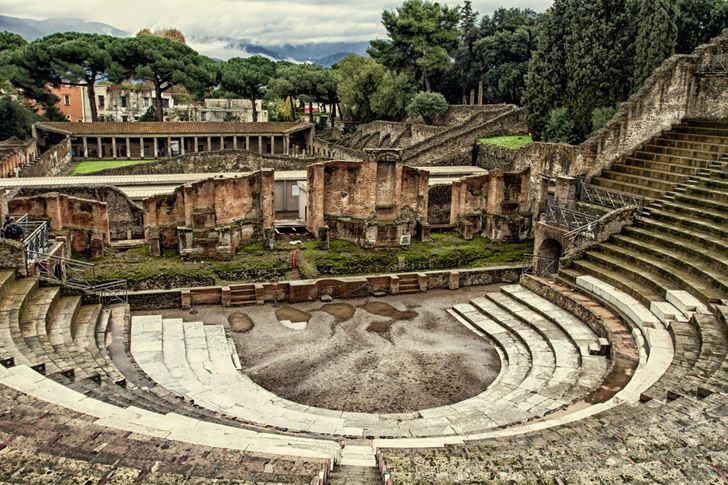 Prior to the tragic volcanic eruption, Pompeii was a thriving resort city near modern-day Naples which was inhabited by wealthy Romans and was home to an estimated 15,000 people. 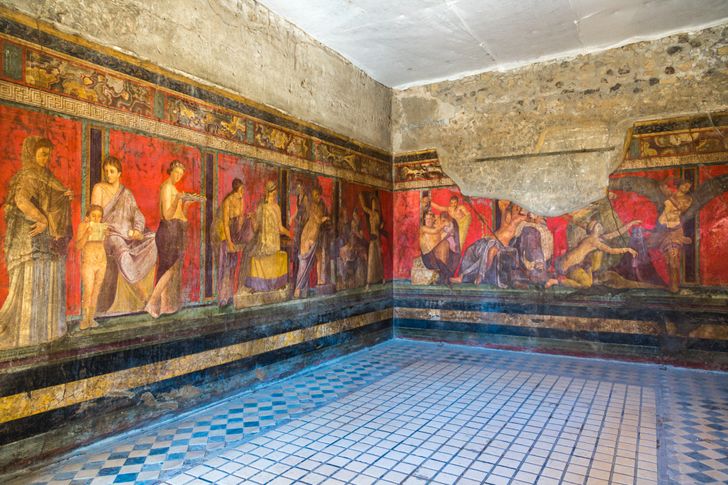 Pompeii was considered a holiday resort where rich people spent their vacations. The city had a complex water system, gymnasium, port, stadium, and an amphitheater.

9. 2.6 million people visit Mount Vesuvius and the remains of Pompeii each year. 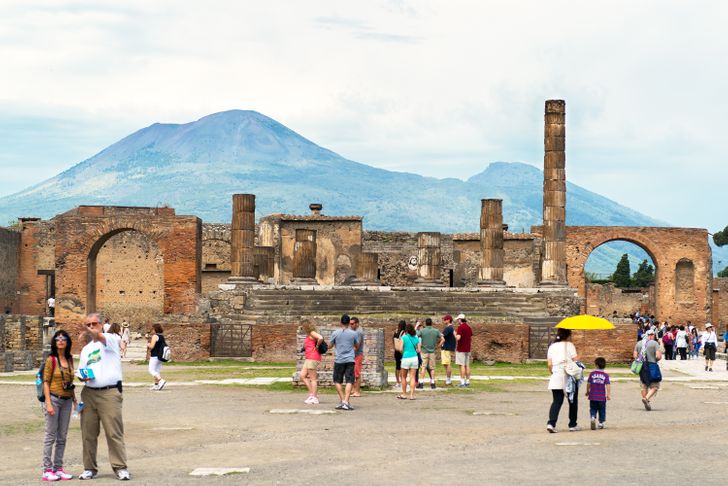 Today, Pompeii has UNESCO World Heritage Site status and is one of the most popular touristic attractions in Italy. Approximately 2.6 million people visit Pompeii every year, and during the summer, there are over 10,000 visitors every day. The number of people visiting Pompeii аnd Mount Vesuvius is continuously rising.

10. Vesuvius is an active volcano and it will erupt again.

The latest eruption of Mount Vesuvius took place in 1944 where it took the lives of 26 people. Today, Italian authorities are constantly monitoring the activity of the volcano, as it is known to be the only active volcano on mainland Europe.

There are emergency evacuation plans that have been specifically designed for this volcano and for the 3 million people who live within a 20 mi (32 km) radius from the crater.

Which of these facts seemed the most fascinating to you? Do you think that Pompeii and Mount Vesuvius hide more mystifying secrets that we have yet to unravel? Share your opinion with us in the comment section.