10 Things That Make Cuba Special (Warning: Now You May Want to Go See Them With Your Own Eyes)

What images come to your mind when you think of Cuba? Rum, cigars, and, of course, retro cars. Is that all? The most widespread facts about Cubans have already become outdated stereotypes. Cuba is an island with a not-so-simple history, but people that live there rejoice every day, they know the true value of things, and there is nothing that they call insignificant. If you want to learn more about Cubans and where their strong spirit, persistence, and love of life comes from, then this article is for you.

Bright Side doesn’t have any doubts that, after learning more about this small and sunny country, you’ll want to get to know it personally. 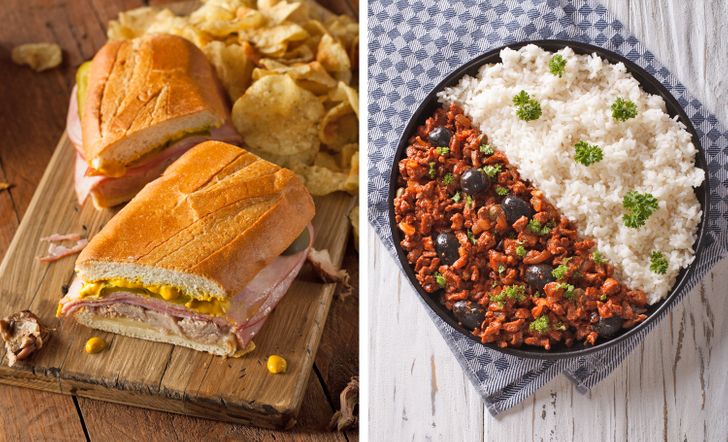 When it comes to food, Cubans become very conservative — they will never trade their national cuisine for any other. Cooking takes a lot of time because the basis of almost any dish is beans, which need to soak in water before being cooked. Also, the meat that they use for cooking has to be marinated for several hours before cooking. Making pre-cooked versions of those products a week ahead of time won’t work because Cubans only eat freshly cooked food.

Cuban cuisine can hardly be called healthy: if it’s meat, then it has a lot of fat and is covered with a crust. If it’s potatoes, then they’re cooked in a large amount of oil. It seems this nationality is still unaware of the harm cholesterol causes and they simply enjoy every meal. Maybe that is one of the secrets to their happiness?

One should start their acquaintance with the local gastronomic culture with a Cuban sandwich which consists of Cuban bread, fried pork, ham, cheese, pickles, and yellow mustard. Afterward, try dishes made of plantains — Cubans make almost everything with plantains — sauces, puddings, casseroles etc.

The most popular sport is...ballet! 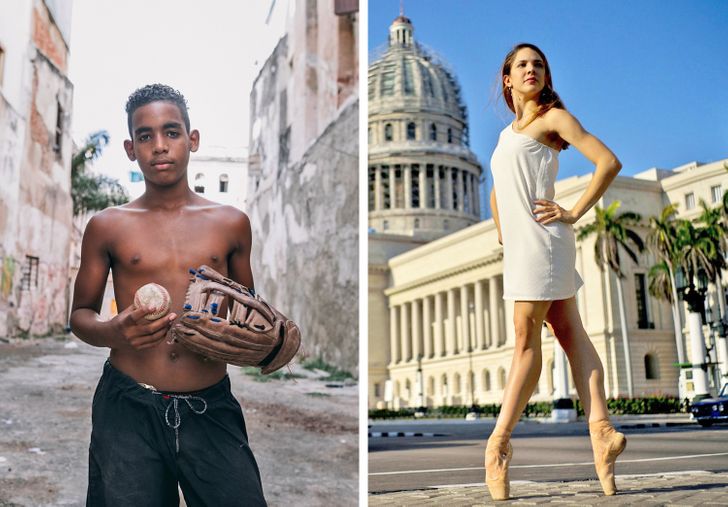 We’re sure you are surprised now because the sport most associated with Cuba is usually boxing. Nevertheless, nowadays the most popular sport in Cuba is baseball, while the main pride of the country is the Cuban Ballet.

The Cuban National Ballet is one of the strongest in the world. Cubans say, “Russian ballet impresses with its excellence, French ballet is emotionally rich, while Cuban ballet embodies both of these features.”

Sports became available to everyone thanks to Fidel Castro and today physical activities play a huge role in Cuban society. Mothers instill the love for sports in their children almost from birth. They start to help their kids do morning exercises when they are 45 days old, thus, preparing them for further physical activities. Later, kids start playing different sports that include working all the muscle groups. And, of course, their love for bawdy, hot dancing helps Cubans stay in good shape. There is hardly any Cuban that cannot dance.

There is almost no internet in Cuba. 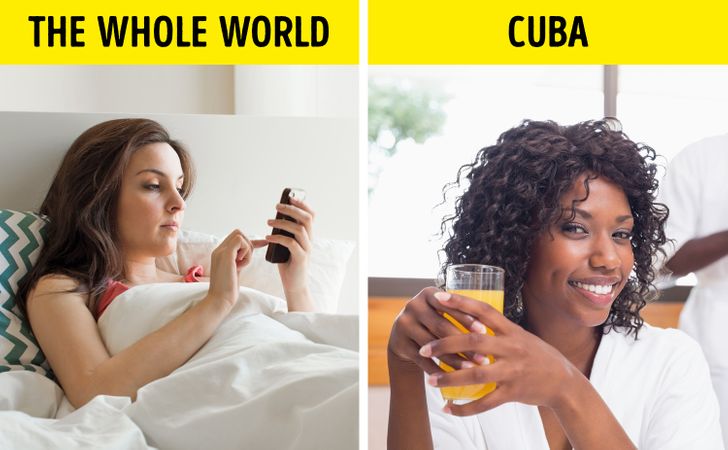 It’s said that there is almost no internet in Cuba. However, everything has changed since January 2018 — almost 500 public places started to provide access to high-speed Wi-Fi. However, home and mobile internet are still considered a luxury for local residents because one hour of using the internet will cost $1, which is a lot when the average salary is $17-30 per month. So if you are used to checking your newsfeed on social media when you wake up, Cubans are used to starting their day with a glass of juice. And now the big question “Who is luckier?” 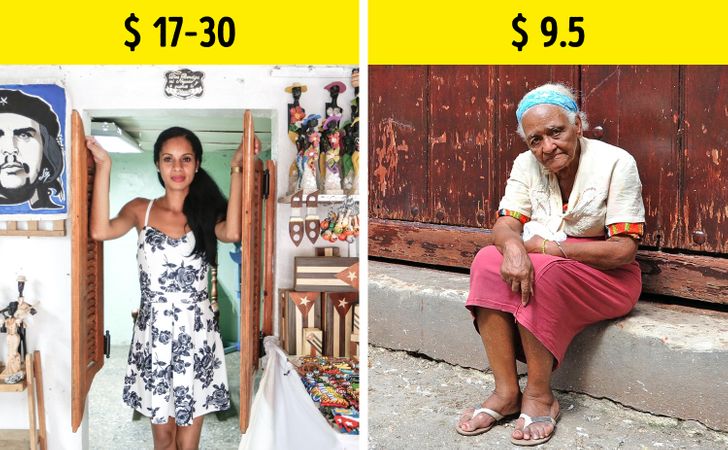 The monthly salary of an average Cuban person is $17-30, while their monthly pension is $9.5. But every month each resident of the island is given a basket with products containing a dozen eggs, one liter of vegetable oil, 2 kg each of sugar and rice, and a little meat, chicken, fish, and sausage.

In 2016, the Cuban government implemented its citizens’ requests into reality and legitimized small and medium-sized businesses; earlier everything belonged to the government. These reforms allowed about half a million Cubans to start working in the private sector. Additionally, the government cares about school-aged children — they provide school children with free uniforms: a blouse with a skirt for girls and a shirt with trousers or shorts for boys. Cubans are proud that medicine and education in their country are free.

The salary of doctors exceeds the average salary around the country by 40 times. 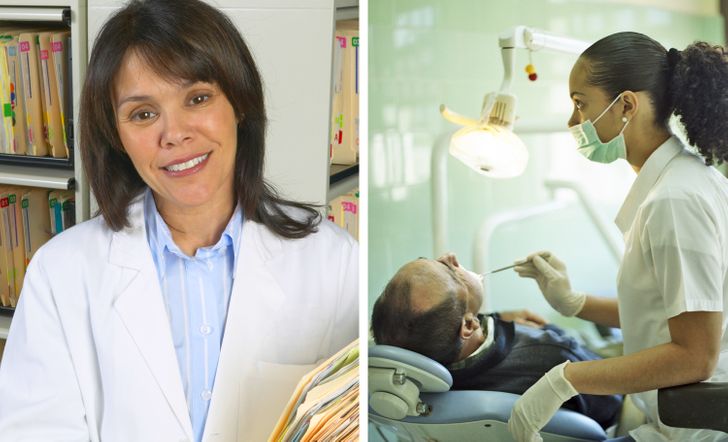 It’s prestigious and profitable to be a doctor in Cuba — their salary can reach $1000 per month and at the end of their contract they can get a state apartment for free.

To study in a medical university is quite unique here — it’s a kind of a combination of an American educational system before the 60s and a Soviet educational system after the 70s. Cuban doctors often work in other countries of Latin America and Africa and this kind of ’leasing’ gives Cuba a good income.

Additionally, apart from local residents that take care of their health in this country, many foreigners come here to improve their health too. Cuba has a large staff of medical personnel, as well as many well-equipped hospitals for treating the most severe diseases.

Government cars are required to give rides to hitchhikers. 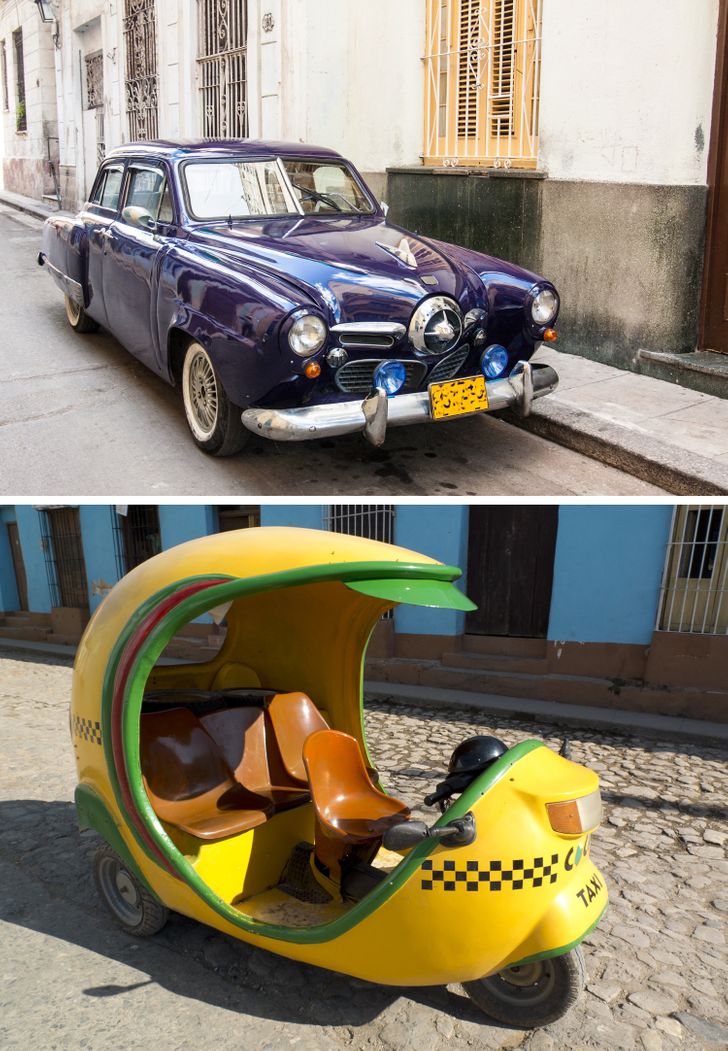 One of the stereotypes about Cuba is that there are no new cars on the streets of this country and that residents are not allowed to buy them. Well, you can see many old cars on Cuban streets and they actually became a reason for a tourists flow to this place. But Cuba has started importing sedan cars manufactured by the Chinese company ’Geely’ since 2009. These vehicles serve as police cars, taxis, and rental cars. Also, Cubans have been allowed to buy new cars from state dealers since December 2013.

Another of Cuba’s idiosyncrasies is hitchhiking. It’s customary to give a ride to friends, while state cars are required to pick up hitchhikers, according to the law. It’s considered disrespectful to not pick up a person asking for a ride on the road. But you should always be careful — if you’re a driver, strangers will easily get into your car without permission in order to use your car as public transportation.

Stray dogs have their own personal ID. 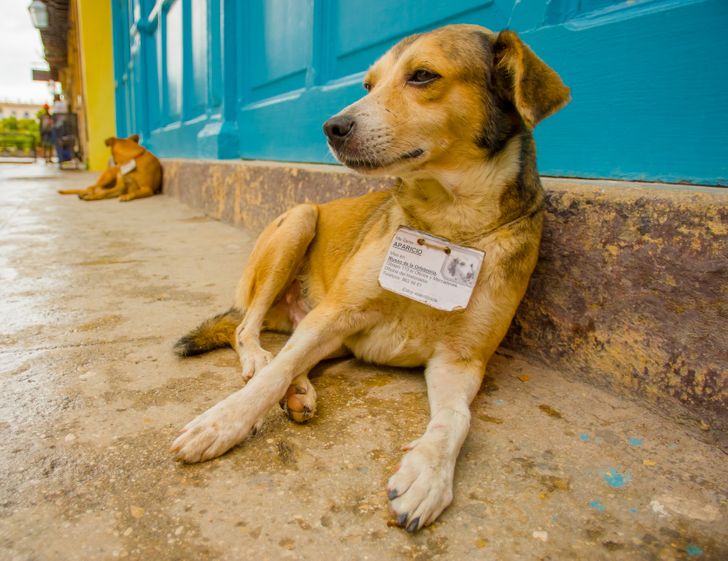 Cubans love dogs a lot and almost each of them has a pet dog at home. Stray dogs have become a part of tourist attractions. The government actually held a campaign during which each public institution took responsibility for stray dogs. These dogs are given IDs containing information about the animal — its photo, nickname, living place, medical information, and specifics about their character. For example, “My name is Aparicio. I am sterilized and I live in the Goldsmith Museum. Don’t pay attention to me.” Conversely, if a dog likes attention, then you will see another sign saying, “Pet my back” or many other different options.

It’s forbidden to catch these animals and they become mascots of the places where they live. Unlike many other countries, the stray dogs of Havana are healthy and friendly both with local residents and tourists. They say that one can easily determine how good the people of a country are by looking at how they treat their stray dogs.

Cuba is obsessed with the idea of a healthy golden age. 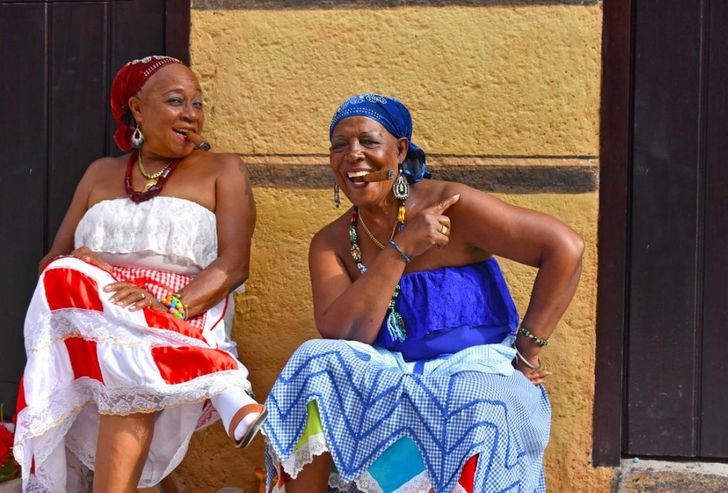 Men retire at 65, women at 60 and all of them have one common big wish — to not grow old. Cuba is literally obsessed with the idea of healthy old age, that’s how the 120-Club appeared here. Any Cuban can become a member of this club regardless of age. However, there are several requirements that have to be fulfilled. The first rule of the club is to not be an indifferent person and it’s actually quite easy for Cubans to follow this. The second rule is more difficult to follow because it officially forbids the members to smoke and to consume alcohol. And, some people break this rule — how can one stay away from a Cuban cigar? The third rule forbids pessimism and skepticism in the club.

A special feature of Cuban pensioners is independence, which is preserved for many years. And even if a pensioner is healthy and can take care of themselves independently, there is a family doctor that usually lives in the same district and watches every house in the area. These doctors work 24/7. Apart from that, every pensioner can visit a free policlinic. The average life expectancy of women is 83 years and for men it’s 78 years.

A Cuban guy can call a stranger girl ’cutie’ or ’babe’ and that’s OK. 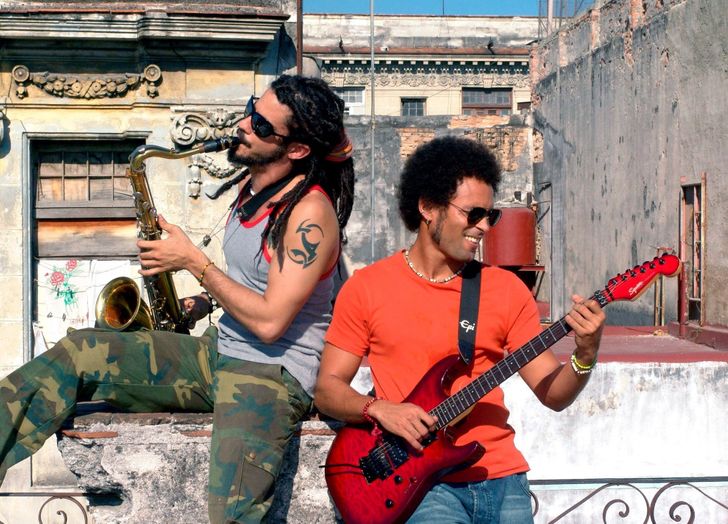 Now it’s time to talk about the main beauty of the country — its people. Cubans have no issues with self-esteem and a sense of dignity. They are not striving for outer-wealth, and their confidence from within.

Cubans respect themselves and don’t let themselves look unkempt — they try to take a shower whenever it’s possible, use perfume, and change their clothes if they get sweaty. You’ll probably never see drunks on the streets that are not able to get home. Of course, the exceptions are always there but they are very rare on this island.

It’s pretty difficult to get used to the sociability of local people. For them, it’s normal to come up to a stranger and start talking. Many foreigners get confused by Cubans’ friendliness, which actually doesn’t imply anything bad. For example, a Cuban man can approach an unknown girl calling her “cutie,” “babe’” or “doll” and once you get used to it, you’ll realize how nice it actually is.

Cuba has a low crime rate, but, of course, one shouldn’t show off their expensive stuff. Despite living in poverty, this society hasn’t become aggressive. The philosophy of Cubans is to not do bad to others, help everyone who needs it, and to please those who are precious to you.

The 15th birthday is always a big celebration for girls.

Quince (short for ’’La fiesta de los quince años’) is the name of the celebration when a girl turns 15. It is a ritual that signifies a girl’s transition into womanhood. On this day, the birthday girl is introduced to the community of women with honors. Historically, prior to this age, girls have been taught how to cook, how to take care of the house, how to sew and weave, and other things that could help prepare her for the role of a future wife. Nowadays, they get other benefits — once they turn 15, they are allowed to go to adult parties, shave their legs, wear high heels and makeup, and pluck their eyebrows.

The celebration itself can cost up to several thousand dollars. The wealthier the family, the more luxurious the party is. Some families even announce the event in local newspapers. On this day, a girl turning 15 always wears a gorgeous and elegant dress. The ceremony starts with a waltz and the first dance always belongs to her father. Another interesting ritual during the feast is called the ’Tree of Life’ - a girl gives out 15 candles to the people she considers most significant in her life. The 15 candles symbolize 15 years that stayed behind as well as special moments she had with each of these 15 people.

Quince is celebrated in many other countries like Spain, Mexico, Argentina, Bolivia, Peru, Uruguay, Paraguay, and Ecuador.

Would you like to get to know this country personally? Which of these facts amazed you most of all? Please let us know about it in the comments!