13 Stories From Mysterious Islands That Send Chills Down the Spine

In our childhood, many of us were dreaming of finding ourselves on a mysterious island with many treasures and tropical fruits. However, it’s not that simple when that island contains cryptic atolls, abandoned hospitals, or not-so-playful wildlife. For example, one of them has 5 snakes per square meter (and this island is the nicest on our list!).

Bright Side collected 13 really strange islands surrounded by secrets. At the end of the article, there is a bonus waiting for you. It will show you how astonishing the residents of different islands can be. 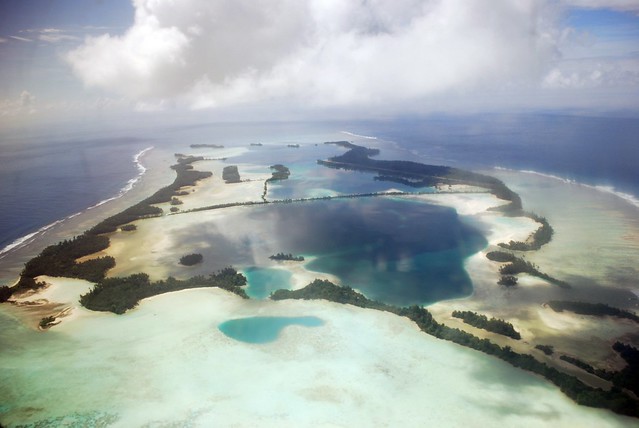 The atoll is located almost due south of the Hawaiian Islands and belongs to the USA. They say, “This place is obsessed with demons.” For several centuries the island became notorious because of the many shipwrecks near its shores. One of the accidents initiated a slew of gossip about a hidden treasure that was cursed by the souls of dead sailors.

Besides shipwrecks, this place is famous for lost ships. In 1855, it is reported that a vessel collided with the reef, but when the rescuers reached the place they were unable to find both the ship and the sailors.

During the Second World War, this island was used as a bridgehead. The soldiers working there are said to have had panic attacks of unknown origins, with some of them committing suicide. 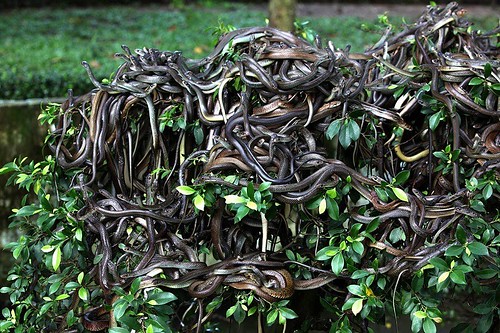 On this attractive island near Brazil, there are so many snakes that nothing besides them and some rare birds inhabit the area. The species of snakes occupying the island is officially classified as the most poisonous in the world; after only one bite, the dull decay of tissues begins. Even excursions are a rare thing here; only the expeditions of Nat Geo for the purpose of studying and filming have happened.

However, there have been several people that became the victims of this island recently. A fisherman that didn’t know about the danger landed ashore. When he was discovered, he was lying in blood, covered with snake bites. There was also a family that decided to move to this island unaware of all its dangers. According to rumors, they rushed out of the house when the snakes filled the whole room, crawling through the windows. Afterwards, according to reports, they were found on the island in pieces. 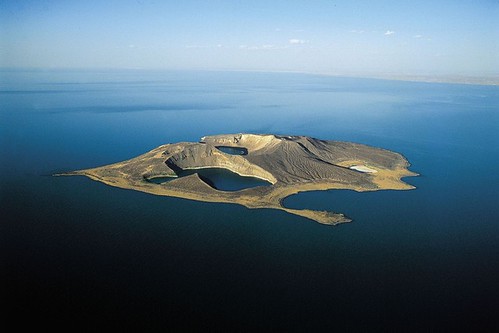 The name of this island in the Kazakh language is Barsa-Kelmes, which literally means “the land of no return.” Its name takes its origins from ancient legends that tell about escapees who had stayed for about one year on the island but returned home appearing to have aged decades. Moreover, big groups of people disappeared on the island — the Kazakhs blamed their disappearance on a flying lizard from prehistoric times.

Officially, the island was opened in the middle of the 19th century. In the 20th century, its territory was occupied by hunting households. However, quite soon the island was declared a reserve, which became one of the most closed in the USSR.

After the shallowing of the Aral Sea, the island officially became a natural boundary. 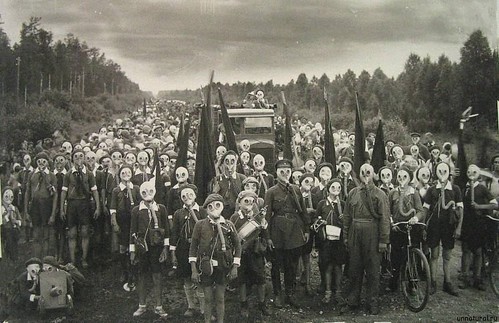 One can stay here only with a gas mask in hands to be put on immediately in case of danger. There is an active volcano on Miyake-Jima. However, the greatest danger is not the eruptions but the poisonous gas that seeps from the bowels of the earth. In 1962, after a severely strong eruption, all residents were evacuated, but in 2000 they returned to their motherland. Nowadays, about 2415 people live on this island. 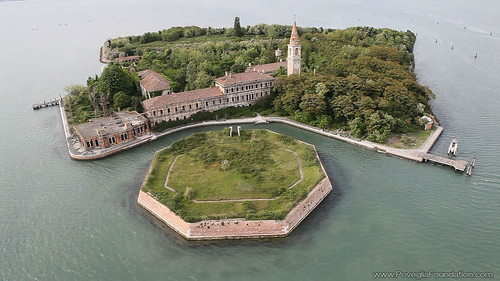 The story of this island in Venice amazes by the way people tell it. During the epidemic of the Black Plague, the island was the last refuge for about 160,000 patients, with 50% of its soil consisting of the ashes of burnt corpses.

In the 1920’s, the Italian government opened a hospital for the mentally ill on the island. The patients kept complaining that they had headaches and that the island was full of souls that died in terrible agony. Moreover, the head physician is said to have conducted terrible experiments with the ill. It remains a mystery, though, why he committed suicide, having jumped from the island belfry. After that, the hospital was closed.

Nowadays, the island is empty, but there are many photos of abandoned hospital rooms and the belfry on the Internet.

8. The Island of the Dolls 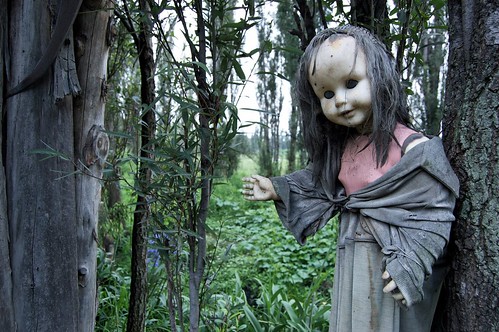 It’s a pretty famous island among the lovers of specific sensations. The loner Julián Santana Barrera lived on this island. The legend says that once a girl drowned near the shore and since then he started to find many broken dolls floating nearby. Juliánbegan dressing them up and hang them on the trees as a sign of respect, protecting himself from evil, and trying to appease the girl’s soul.

He had been collecting these terrible dolls for 50 years until he also drowned. He was found in the exact spot where he found the girl’s body decades before. 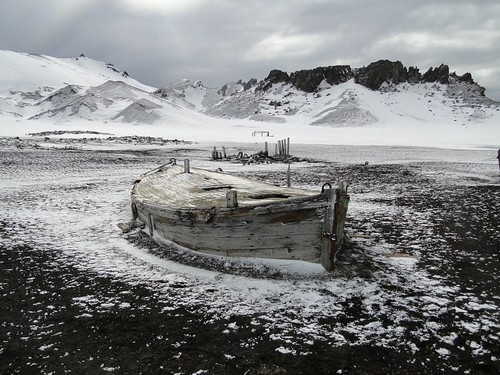 This island seems to be the most isolated spot on the Earth. There is no other land 3,146,000 square miles around it (which is a little less than the area of Europe).

Despite this, there is an interesting story connected with this island. It was opened in 1739 and forgotten for almost 60 years. After this period, an expedition came to the island and found a strange thing: there was an abandoned ship lying in coastal waters. No serious malfunctions and no name nor other identification marks were found on the ship. There were paddles lying 10 meters away from the vessel. Of course, it was thought that the ship had wrecked, but no dead bodies and no shelters were found near the ship.

Besides that, 2 nuclear explosions took place on the island in 1979 for which no country took responsibility. 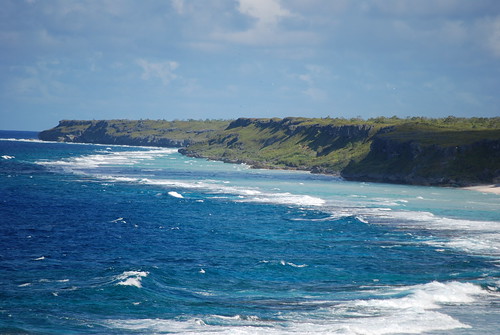 Nowadays this island is famous only for the enormous amount of debris near its shores. However, it has a more beautiful and mysterious side.

One of the biggest mysteries of the island is a cave with a spring where human skeletons were found. Also, on the surrounding rocks, there were found some petroglyphs as well as earth furnaces, stone tools, and other things. Nobody knows where these people came from and what culture they represented. According to the archaeological data, the island was inhabited between the 12th to the 15th centuries.

The fact that there was an extremely small amount of fresh water on the island and that the skeletons in the caves were stacked incredibly neatly makes the mystery even stranger.

At the end of the 19th century, a hospital specializing in curing smallpox and quarantining the sick was opened. In 1904, the ship “General Slocum” wrecked near the coast of the North Brother Island. Over a thousand people died in this accident.

Forty years later, another drug rehabilitation hospital was opened on the island. It was infamous for its corrupted and cruel personnel. Moreover, the number of patients that started using drugs drastically increased after coming to this hospital, which is why it was closed in 1963.

As per current available information, the island is abandoned, the hospital is destroyed, and its territory is overgrown with forest. 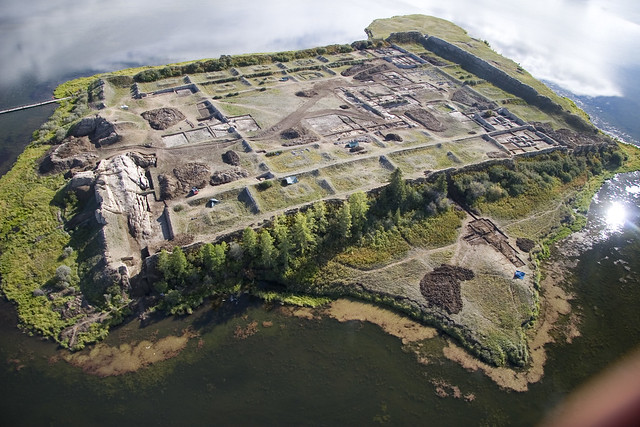 Por-Bazhyn (translated from the Tuvan language as “clay house”) is a historical monument built on a small island in the middle of Lake Tere-Khol of the Republic of Tuva.

The most popular story nowadays is that the construction was a summer residence for resting.

Besides that, the researchers managed to learn that the lake around the island disappeared several times due to the blocking of underground springs. It’s very likely that the fortress was built during one such disappearance, and the road on the bottom of the lake proves it.

Still, no exact reasons for the construction decay and no exact historical figures who resided there have been determined. 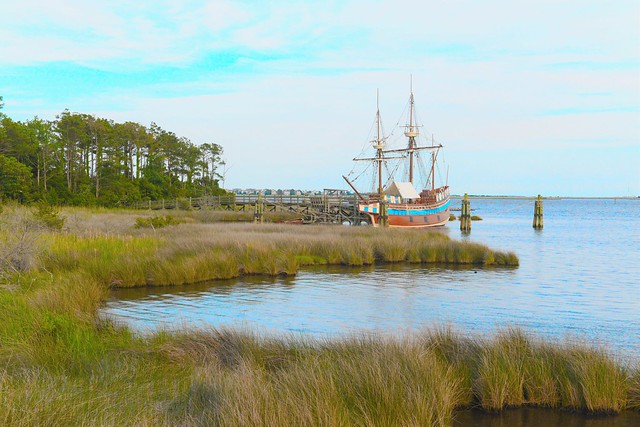 This island is famous for the group of colonist that disappeared from it. In 1587, John White, the settlement leader, left more than 100 men and women on the island and went to England to get necessary supplies. However, there was a war in England and he was only able to return 3 years later.

Before his departure, the colonists promised to leave a sign in a visible place if they decide to leave the island. On arrival, John White found the word “CROATOAN” carved into a post of the fence around the village, and the letters C-R-O carved into a nearby tree that seemingly was a short form of the first word. Croatoan is the name of the neighboring Indian tribe, but the settlers were not there. Moreover, Croatoan is the name of an Indian god that translates to “the Soul Reaper.” It is possible that the colonists became the victims of a ritual sacrifice to this deity.

This episode became a plot for some works in literature, and there are theories that “Croatoan” is an incurable virus. 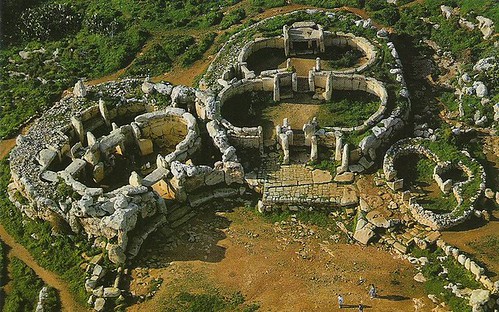 One of the most mysterious things on our planet is the ancient constructions of Malta. Its temples, catacombs, and observatories are 1000 years older than the pyramids of Egypt. It’s likely that these constructions had a cultural function. Even with 21st century technology, moving clumps weighing several tons is a difficult task. It’s also unclear who built them and why this civilization abandoned the land.

Besides that, the whole island is riddled with large ruts resembling a group of rails or roads, but no wooden or other material wheels were found there.

Officially known as Hashima Island, it is located 9 miles from Nagasaki. Nowadays, the island is abandoned, but it has some concrete buildings and is surrounded by the sea wall.

Earlier the island was famous for its undersea coal mines that were operating during the industrialization period of Japan. Coal was discovered here in 1810, and in 1890, the island was bought by Mitsubishi Goshi Kaisha and the main constructions started. Apartment blocks, a school, a kindergarten, a hospital, a town hall, a clubhouse, a cinema, a communal bath, a swimming pool and many other facilities were built for the Islanders.

But starting from the 1930’s and until the end of the Second World War, Chinese prisoners and Korean conscripted civilians were forced to work here under very harsh conditions. Many people are reported to have died from underground accidents, exhaustion, and malnutrition during this period. In 1974, when petroleum started to replace coal, the mines were closed and all residents were made to leave the island.

For a long period, the island was closed for anyone and breaking this rule resulted in deportation from Japan. Now the island is a UNESCO World Heritage site and is open for visitors from around the world.

This island with the aptly named Pig Beach is famous for the fact that it is populated by a colony of feral pigs that are regularly fed by specially hired Bahamians or tourists who visit the island to see this wonder of nature.

You can come to the island, rent a room in a small hotel, rent a boat, and gaze with wonder as floating pigs approach you asking for some treats. But beware: if your vessel gets stranded, one of the piglets can jump into your boat and eat your lunch!

Do you already know which fantastic island one you want to visit first? Let us know in the comments!

0
0
6
1
23k
© 2014–2020 TheSoul Publishing. All rights reserved. All materials on this site are copyrighted and may not be used unless authorized by the Bright Side.