The world is becoming increasingly interested in North Korea and its way of life. However, we know extremely little about this country. Even those who have been there might give absolutely contradictory accounts.

Bright Side has collected fascinating and virtually unknown facts about North Korea, which might help us to understand this country and its people a little better.

1. North Koreans are convinced that Korea is a single country.

If you take a political map of the world made in any other country, you’ll see both North and South Korea on it. However, North Koreans are certain that there is only one Korea: any school map shows a united country with the capital of Pyongyang. On the other hand, despite both sides seemingly dreaming about unification, both have their own reasons to maintain the status quo. 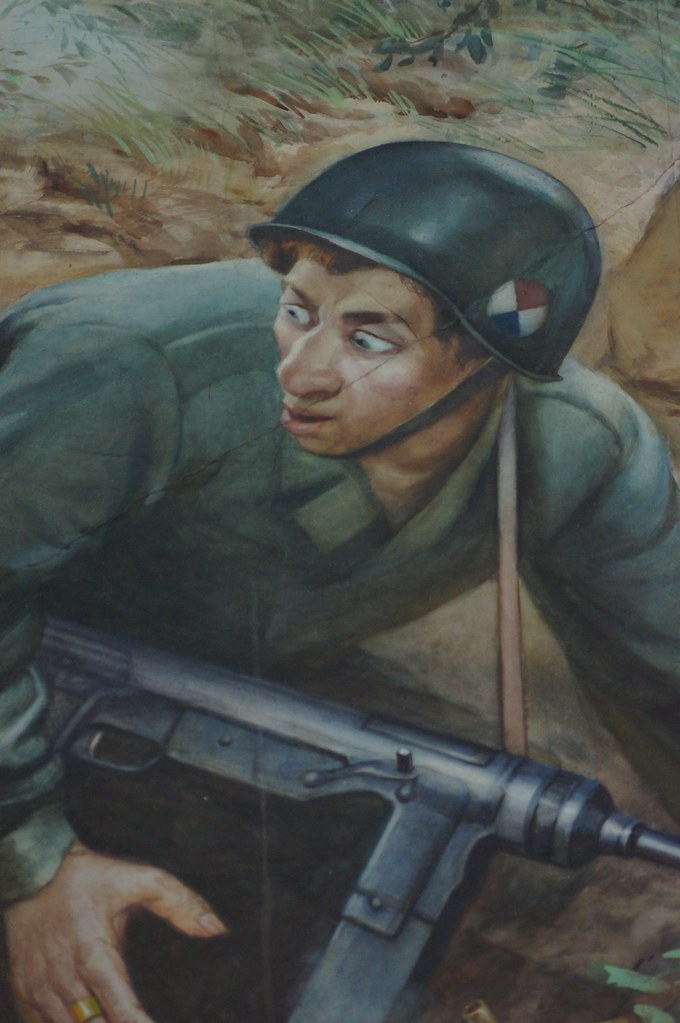 North Koreans believe that all Americans have big noses, huge eyes, and hairy chests. According to defectors’ accounts, they are taught to kill American soldiers in their school PE classes. For this, they use cardboard mannequins made to look like people in military uniforms, with giant noses and wide-open blue eyes.

3. North Korea is not communist. 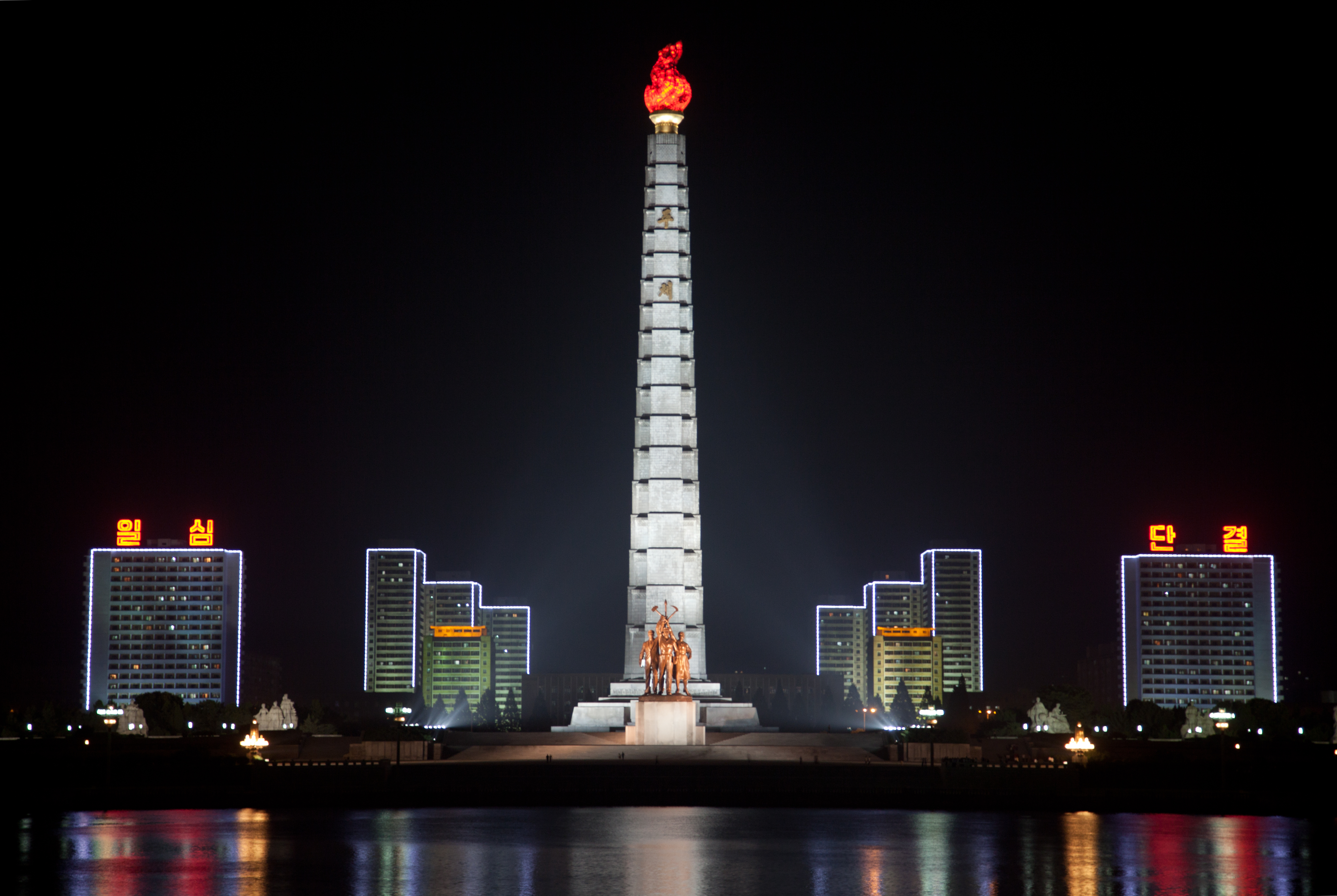 It is commonly believed that North Korea follows the doctrine of Marxism-Leninism. In fact, it gave up the communist ideology in the ’50s when the personality cult was officially debunked in the USSR. That is when the Juche idea blossomed. According to North Korean historians, this idea arose as early as 1926 as a continuation of Marx’s and Lenin’s teachings.

Over time, all mention of communism started to be wiped out from the North Korean constitution. In its last edition, adopted in 2009, it disappeared altogether.

4. North Korea has no taxes.

North Korea is one of the few countries in the world whose residents do not pay any taxes. Taxation was abolished in 1974 as part of the "old world." Only organizations and individuals who are making money outside the country are not released from it. However, everything might change soon: it is rumored that the government is planning to reintroduce income tax in the near future.

Yes, you read it right: they just love Hollywood films in North Korea. Titanic and Die Hard, for example. However, Koreans often don’t know exactly where the film was shot. After all, it’s not only Americans that have big noses. Incidentally, watching South Korean TV is much more dangerous because one cannot plead ignorance of where a film or show come from in this case.

7. North Korea is one of the world’s leading exporters of seafood. 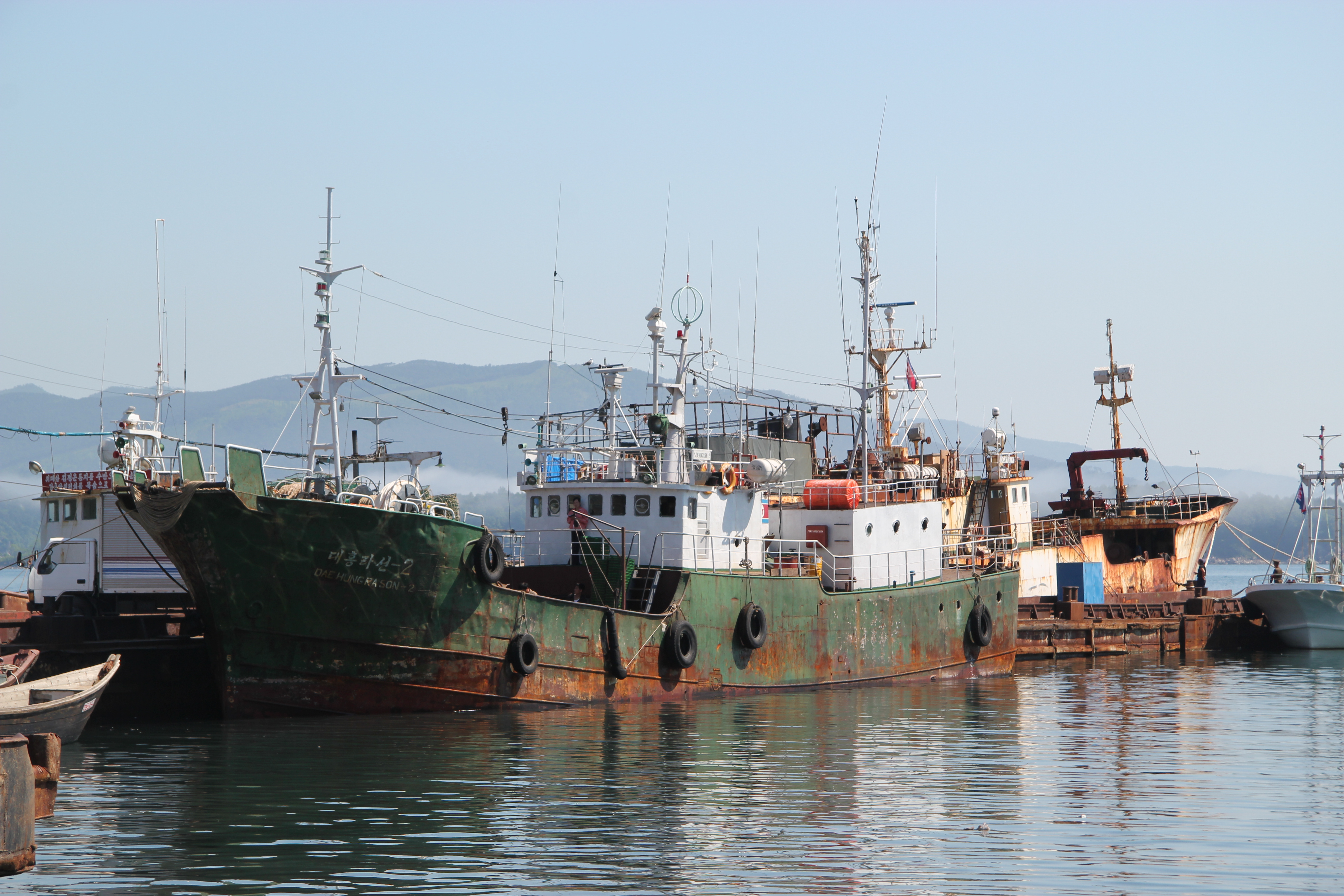 North Korea’s main trading partner is its neighbor China, and that accounts for about 60% of the country’s exports. One of the main export items is fish and other seafood, making up a quarter of all goods sold abroad. In addition, North Korea is among the top 20 countries exporting fishery products.

By the way, other items North Korea exports are monuments, which are produced, let us say, under orders. In the Mansudae Art Studio, which is engaged in creating monumental art, paintings, and tapestries, you can even order something for yourselves.

8. The head of North Korea is a dead man.

Kim Jong-un, the Supreme Leader of the DPRK

North Korea is the only state in the world that has a unique form of rule: necrocracy. The reason is that Kim Il-sung was posthumously declared the Eternal Leader of the DPRK. In practice, it means that the incumbent leader of North Korea, Kim Jong-un, bears the titles of the Supreme Leader of the DPRK, Supreme Commander of the Army, and Chairman of the Workers’ Party, but he does not hold the presidential status. And in all honesty, he doesn’t really need it.

9. The Arirang show features 0.4% of the country’s population. 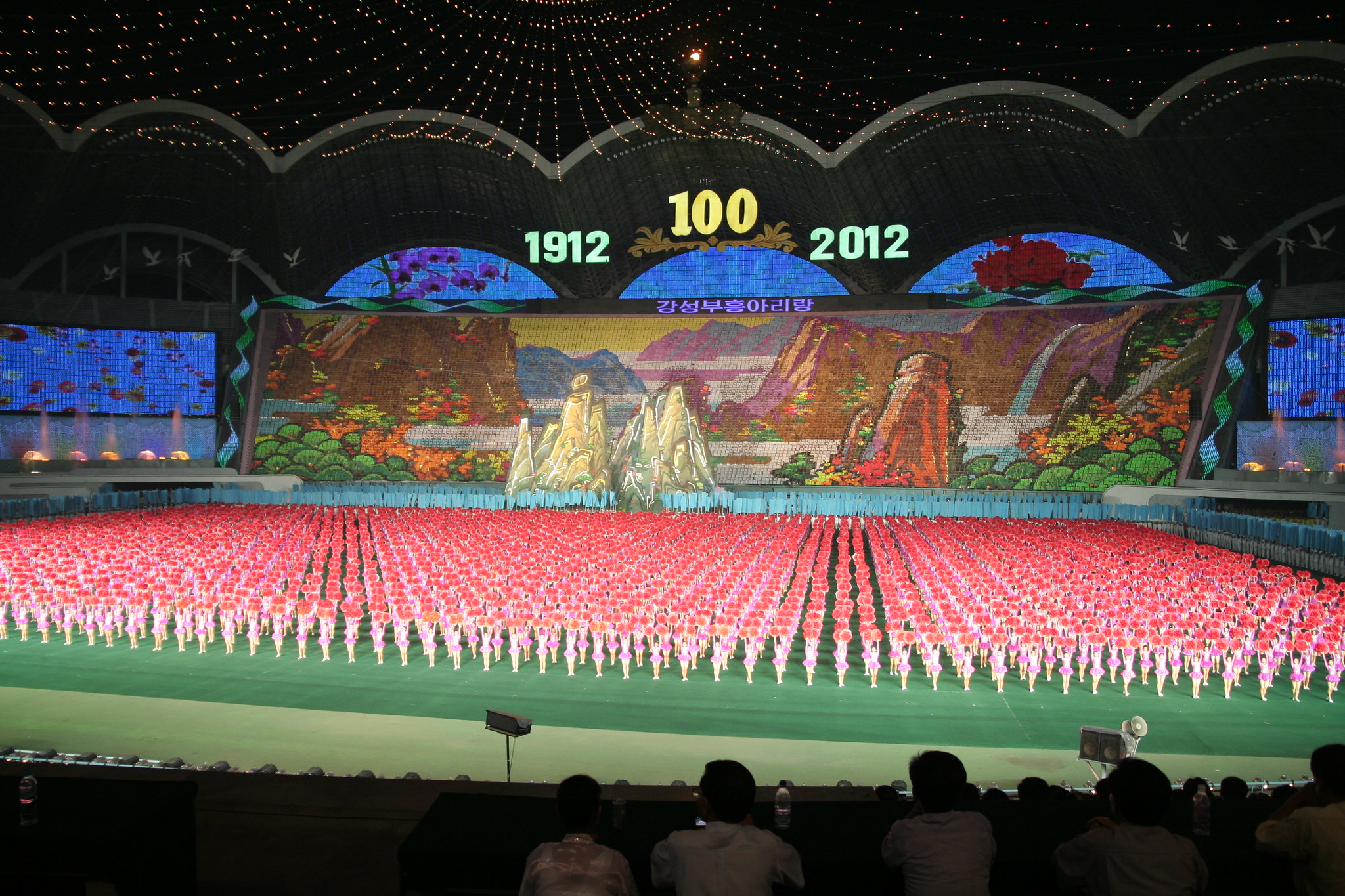 The 2012 Arirang Festival, dedicated to the 100th anniversary of the birth of Kim Il-sung

The Arirang Festival is the largest mass performance and is included in the Guinness World Records Book. About 100,000 people take part every year, the country’s whole population being around 25 million. Moreover, the show is held in the Rungrado 1st of May Stadium — the largest stadium in the world with a total capacity of 114,000.

10. There is a propaganda village at the border with South Korea.

At the border with South Korea lies the village of Kijong-dong, built in order to show the southern neighbors all the privilege of living in the North. It was constructed in the 1950s when electricity was a luxury in rural areas on both sides of the border.

The lights appeared in the same buildings strictly according to the schedule, the streets were patrolled by soldiers, and the same women washed the same windows for 15 years. Later, when technology allowed the southerners to see the village better, it became clear that the houses in Kijong-dong are nothing but empty boxes with no floors, ceilings, or inner walls.

There is another curious story connected to Kijong-dong. For several years, it hosted a loudspeaker that described the delights of living in North Korea for those who would defect from the South.

However, in 2004, realizing the futility of their attempts to entice their neighbors, North Koreans started broadcasting military marches for 20 hours a day and at full volume. The southerners responded with their famous K-Rock. When the noise became completely unbearable, the radio was turned off by silent consent of both sides.

Kim Jong-un during a visit to a boarding school, Pyongyang

In North Korea, it is officially forbidden to give children the name borne by their Leader. If a child had been named like this before his accession, the parents must urgently change the name. This is not the first taboo of this kind in the DPRK: in 2011, Kim Jong-un’s father, Kim Jong-il, issued an equivalent decree about his own name. However, the first to make this step was their respective grandfather and father, Kim Il-sung, and all the earlier prohibitions are still in effect.

13. North Korea has mandatory military service for both men and women.

A lot of countries have obligatory military service, but it’s probably not as lengthy as in North Korea: all males over the age of 18 must serve a 10-year term in the army. Until 2003, the term had been 13 years.

In 2015, women started to be conscripted as well, albeit for a shorter term: after graduating from high school and until the age of 23. Small wonder that this country has an active military personnel of about 1 million people (4th in the world), with almost 6 million paramilitary personnel! 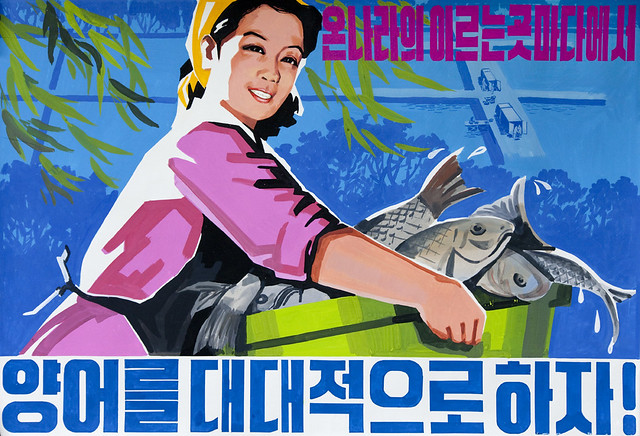 "In every place in the whole country, let us perform large-scale fish-farming!"

As is well known, propaganda in North Korea follows you everywhere all the time. Posters calling to serve their homeland and the cause of the Kims await Koreans on every street corner. You can even buy a couple of North Korean propaganda posters. Note that they are hand-painted!

Which fact surprised you most? Share with us in the comments!

0
0
6
0
76k
© 2014–2020 TheSoul Publishing. All rights reserved. All materials on this site are copyrighted and may not be used unless authorized by the Bright Side.