Looking for a place to spend your vacation usually turns into a true challenge: you want it to be inexpensive, yet luxurious and without crowds of people. One Reddit user was also curious about which tourist attractions aren’t worth our time and money. Some of his findings are really surprising.

Bright Side found this information useful and is sharing the most popular comments on Reddit and some reviews on TripAdvisor. At the end of this article, we’ll prove to you that any place can become a dream destination.

Expectations: To see the Hollywood Walk of Fame and enjoy its magnificence.

Reality: “There are crowds of homeless people. And it smells like sewer.”

Expectations: To plunge into this Shakespeare play’s atmosphere looking at the place where Romeo and Juliet had their famous talk.

Reality: “Thousands of tourists squeeze into a narrow street to take a look at the balcony. And it turns out that the balcony was actually built after the play had been written.”

Expectations: To take a leisurely stroll enjoying the view, take some beautiful pictures, and eat something tasty.

Reality: “It took us several hours to get there from Las Vegas. The walk itself cost $30. To get from the skywalk to the closest mall, we spent $30 more. It’s forbidden to take pictures there or even take a camera with you. But they’ll try to sell you a camera there! There’s only one place you can eat at and they serve cheap canned food that costs a fortune.”

Expectations: To explore the portrait in detail and feel the power of Mona Lisa’s smile.

Reality: “The Louvre is incredible, but the Mona Lisa is a disappointment. The picture is tiny and there are crowds of tourists everywhere. You can barely see anything.”

In the picture, you can see a similar typewriter.

Expectations: To feel the energy of the typewriter Adolf Hitler used.

Reality: “It’s an ordinary typewriter. Nothing special, though in the picture it looks amazing.”

Expectations: To be able to imagine that it’s the rock that the first British settlers touched and get excited that you’ve managed to see an important part of history.

Reality: “In fact, no one knows whether this rock is real or not and if it has anything in common with the first settlers.”

Expectations: To be able to take a lot of bright photos for Instagram.

Reality: “The photos are taken for money. And there are huge lines for these pictures.”

Expectations: To see a city full of mad scientists and alien hunters and find some pieces of a UFO.

Reality: “The city is small and there are no people in it. There are also so many stores with ‘alien’ stuff, but no one visits them. It looks so creepy.” 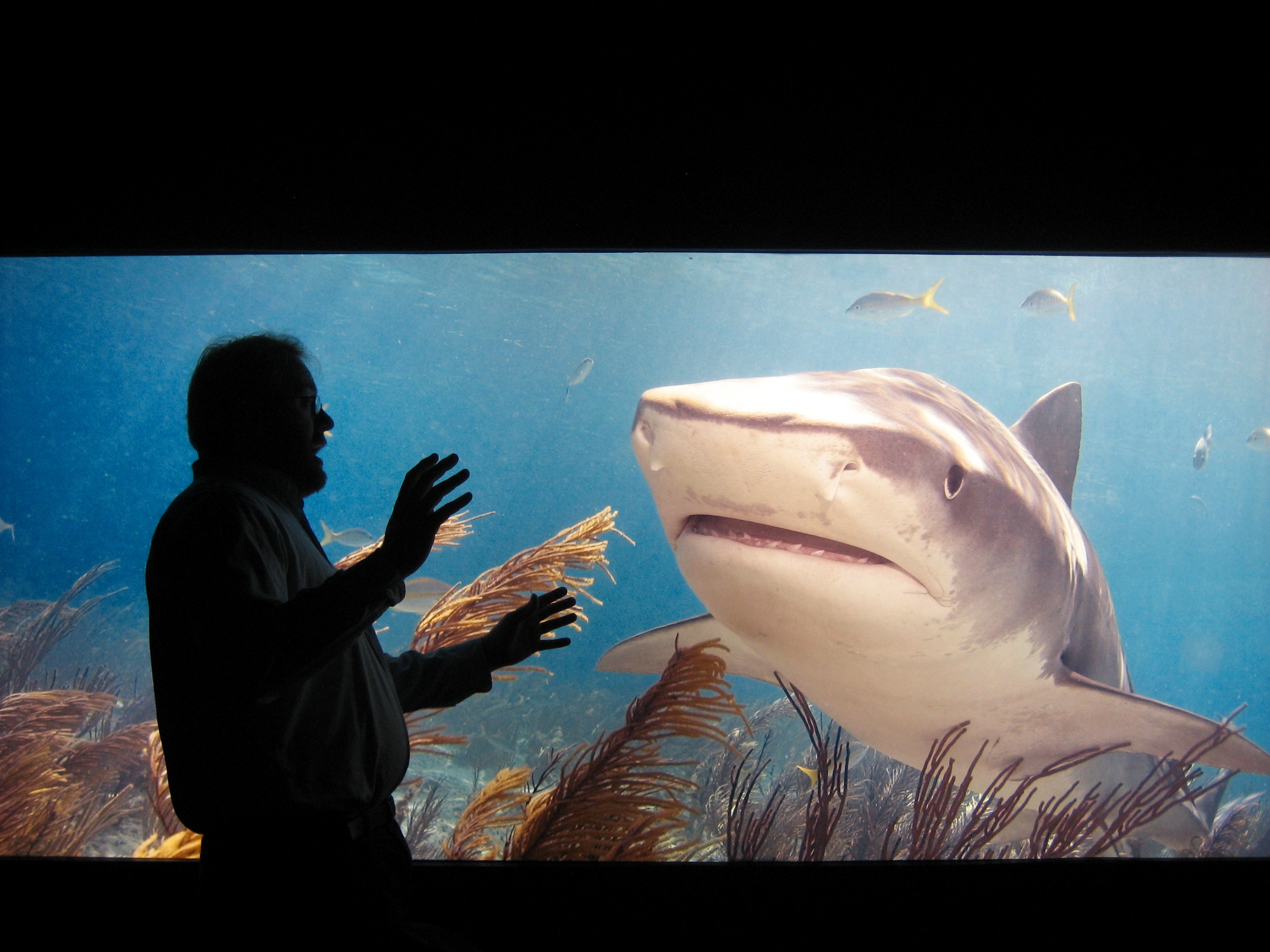 Expectations: To see a sparkling light-green aquarium and gorgeous fish inside.

Reality: “The aquarium is located in the basement of a public institution. It’s dark inside and the smell is awful.”

Expectations: To take a look at all 4 presidents and understand how much time and effort it took to build this monument.“

Reality: “Nothing special. Looks just like the run-of-the-mill photo you see all over the internet. And it’s impossible to get closer.”

Expectations: To lie on white sand beaches, swim in the ocean, and enjoy your life in this resort city.

Reality: “First, they always have carnivals. Second, there are crowds of street preachers and homeless teenagers. Third, the beach itself smells like cigarettes, beer, fuel, and dirty feet.”

7. The burning city of Centralia (Pennsylvania)

Expectations: To see a smoky or even blazing city, meet local people, and listen to a couple of mysterious stories.

Reality: “An underground fire has been burning there since 1962. Sounds impressive, right? In reality, there aren’t any people, and there’s no visible fire. There are only street art objects and several ATV tracks.”

Expectations: To feel its incredible prehistoric power and take some cool pictures.

Reality: “It’s 2 hours away from London and you literally travel for 2 hours to just take one(!) photo.”

Expectations: To enjoy the view of the most gorgeous Christmas tree in the world and take some warm pictures for Instagram.

Reality: “The place was overcrowded and we couldn’t even get near the tree. When we finally did, we only took one picture. I was really stressed out!”

Expectations: To feel the atmosphere of the most romantic place in the world and enjoy a view of the city.

Reality: “I’ve always dreamed of going to Paris and visiting the tower. But I want to say, it wasn’t as I expected. It had long lines and it seemed just like a steel structure and nothing more, and I wasn’t ready to waste my whole day standing there in a line and then just going up. I could just go up any tall building in the city and see the view.” @Eilya2012

Expectations: To enjoy the magnificent view of the theater and imagine gladiator fights.

Reality: “First, there were so many ‘staff’ workers trying to sell you skip-the-line tickets just to make extra money. Second, it’s a shame to see the Colosseum in such a dirty and neglected state. There was trash everywhere and gum all over the ground.” @SimpleLad1

Expectations: To see the pyramids in the rays of the shining sun and imagine ancient sphinxes sitting near the entrance.

Reality: “Amazing heritage, really. What was a really sad experience though, were the amount of people at and around the site that were trying to con us and lure us into buying things from them. A lot of these people were even saying that they worked for the government, which was obviously not true.” @PaulArts

Expectations: To walk the wide road, approaching the gates of the mosque and feel your heart skip a few beats in excitement and anticipation.

Reality: “First, the walk to the ticket booth is filled with cows, stray dogs, and their poop. As a foreigner, you pay 20 times more than a local. Then you face angry security people who try to stop the tourist flow. If you have small children, they’ll cry. The monument itself is spectacular.” @Longreach747

Bonus: So many people, so many minds.

The author of this article had always dreamt of going to Bruges: “I’ve watched a movie about this city more than 10 times. At night, I imagine myself walking its narrow streets.”

So fast-forward, and I’m in Bruges: there are crowds of tourists, high prices, cold winds, and constant rains. But there are also carved facades on the houses, cobbled streets, and the feeling of serenity and happiness."

Everything depends on the way you perceive the world. For example, these guys, who visited the places that the others didn’t like, had something completely different to say:

Would you get upset if the place you wanted to visit didn’t appear the way you had expected it to?

7
0
14
22k
© 2014–2020 TheSoul Publishing. All rights reserved. All materials on this site are copyrighted and may not be used unless authorized by the Bright Side.