Unexplored Africa: 17 Controversial Things We Used to Believe In

Many people still believe that if they go to Africa, they’ll see tribes, wild animals roaming the streets, dirt roads, and makeshift housing. The following article will show you a more realistic view that will bust all the commonly believed myths about this truly unique and beautiful continent.

Bright Side collected 17 facts about this mysterious place to familiarize you with its real wonders. At the end of the article, there is a bonus that will make you believe that anything is possible in Africa.

Myth #17: There is no technical progress in Africa.

We’ve been taught that Africa is made up of developing countries. But this does not mean that this continent lives in the Middle Ages. 90% of Africans have cell phones and there are programmers who create their own applications and gadgets. For example, local developers have created a service for farmers with recommendations on cattle breeding and information on natural disasters. In addition, production is well developed in Africa and in some countries, large machinery, such as automobiles, is produced.

Often, when someone hears Africa, they instantly visualize images of a scorching and barren desert. Despite this common misconception, there is actually an incredibly large area of tropical forests, Mount Kilimanjaro, and other snowy peaks and savanna on the continent. All climatic zones are represented within Africa, and the average annual temperature, even in the equatorial part of the continent, does not exceed 81°F.

Myth #15: Only people with dark skin live in Africa. 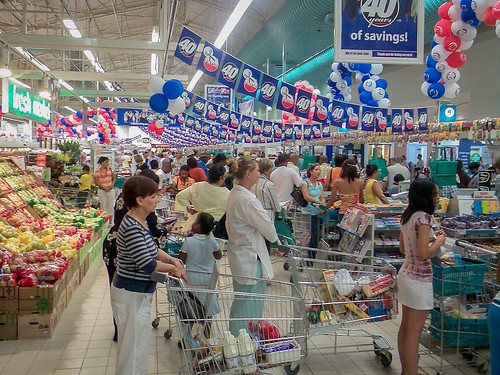 We are used to thinking that only people with dark skin reside in Africa. The truth is that the continent is home to more than a billion people of different colors and cultures. Such a palette was formed from a variety of shades of the ancestral population’s skin and a large number of immigrants from Europe and Asia, who remained in Africa or fled to African countries from political persecution.

So many TV shows, movies, and cartoons showed us that Africa is inhabited by wild animals that freely roam in nature and can easily attack people. But in reality, most safaris take place in the winter months, when potentially dangerous snakes and insects are in hibernation. As for wild animals, most of them now live in national parks. Cases of attacks on humans are extremely rare and almost always occur only due to a violation of park rules when people deliberately try to come into contact with the animals or try to hunt them.

Myth #13: The crime rate in Africa is extremely high.

It’s widely believed that tourists in Africa must beware of danger at all times due to the high crime rates. The truth is that tourism is highly developed and African countries are becoming a fashionable and popular tourist destination amongst Western travelers. Only in South Africa, there are already up to 1.5 million tourists a year. This could be due to the fact that the level of service is rising and the conditions for tourism are greatly improving while still providing that unique possibility to be close to nature and exotic animals.

Myth #12: Africa has no cultural heritage.

Thinking about Africa, we often imagine a primitive society without a developed culture and even history. Africa is deservedly called the cradle of civilization — there are many different ancient buildings and other cultural monuments which are carefully guarded on this continent. Kenya, for example, has more than 200 architectural monuments. In addition, there are very interesting museums that are supported by the government in many African countries.

When planning a trip to Africa, most people prepare themselves to see poverty all around. While there are countries that live below the poverty line, there are actually much fewer of them than many people think. In general, the economic level of African countries doesn’t differ much from other developing countries, as the middle class is only evolving. At the same time, these countries are heavily investing in tourism by building comfortable hotels and recreation areas to attract tourists.

Myth #10: Epidemics of dangerous diseases are everywhere around Africa.

The media periodically tells us about another outbreak of terrible diseases in Africa and we are used to thinking that there are many deadly diseases on the continent. In fact, the sensational fever of Ebola did not cover the whole continent, but only the country of Sierra Leone and its surroundings. The second disease, which is most often recalled when talking about Africa, is malaria. Of course, malarial mosquitoes do exist but there is nothing to be afraid of if you follow simple safety rules. Precautions include repellents, mosquito nets, and preventive medicines.

Not all African people live in huts. This is a huge misconception, as the construction of large cities in Africa differs little from other megacities — there are high-rise apartment buildings, skyscrapers, and business centers. Developed architecture and infrastructure make African cities very progressive. There are still some people living in huts, such as Bushmen, but there are very few of them.

Myth #8: The African language is spoken in Africa.

The African language doesn’t exist. Moreover, unique languages of local tribes are gradually disappearing. The population of Africa during the period of colonization absorbed European languages such as English, French, German, and Portuguese. The languages spread even quicker with the help of television and the internet. Hundreds of different languages are spoken on the continent; Africa is a godsend for linguists — there are 20 state languages only in Namibia.

American movies often show us local wars or political strife in African countries. Indeed, in the span of 90 years, the continent was bursting with local conflicts and more than a dozen wars were simultaneously taking place. These wars were a legacy of the colonial era when the borders of countries were established on the basis of the interests of the colonialists and almost no account was taken of the real cultural and historical isolation of the country. Today, the territories of the countries are defined and wars beyond the borders have ended. 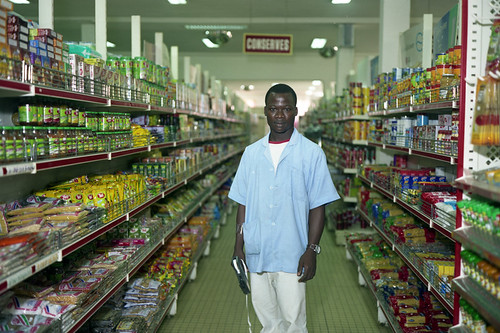 Many photographs and films display starving people in Africa and this causes us to think that this problem has swept the whole continent. Hunger in the countries of Africa does exist, but not in all of them. About a quarter of the world’s fertile soil is located here and not all of it is used for agriculture. In tourist areas, there are no problems with food, and in South Africa and Egypt, McDonald’s restaurants are pretty common.

This myth emerged after the era of slavery and colonization when liberated Africa drove out the Europeans and regained its sovereignty. The division into white and black exists even today but the light color of the skin is common among the local population and it is not an issue that causes aggression. In countries with developed tourism, the residents are accustomed to travelers of all nationalities and treat them very well. To avoid even potential problems, it is necessary to confine yourself to tourist zones and not to provoke the local population just like in Latin America or in Mexico.

Myth #4: Africa is ruled by tyrants.

The myth that political regimes in African countries were established by military dictatorship and that dictators rule the continent is very widespread outside of Africa. In reality, different political regimes coexist in Africa — Ghana and Senegal, for instance, are called the examples of the development of democracy. Of course, Africa can’t be compared with European tolerance and open policy but thinking that the whole continent lives in a totalitarian regime would also be a mistake.

Myth #3: There is no drinking water in Africa.

The problem of the scarcity of clean drinking water in Africa exists and it is terrible, but it does not affect the entire continent. In tourist areas, it will not be a problem to buy a bottle of clean water and all the usual and popular drinks. For example, Coca-Cola can be found even in remote villages.

Myth #2: You can’t hitchhike in Africa.

Traveling in Europe or America often takes place in a hitchhiking format but it is believed that you cannot move around using this method of transportation in Africa. In fact, it’s even easier to catch a car on the continent than in developed countries. The main thing is to initially specify the conditions of the trip with the driver so that he does not expect any payment.

The backwardness of Africa in this matter is also greatly exaggerated. You will not surprise anybody with social networks since the younger generations actively use Facebook to communicate with friends from other continents. Modern directions of tourism are also developed — Couchsurfing, for example, did not bypass Africa. Moreover, Africans are often more hospitable than Europeans and respond positively more often. You may not be offered a deluxe suite, but a warm welcome is almost guaranteed.

Africa is an unconventional and unique continent that can show you life from a different angle. For example, you can learn some new life hacks here:

Or have the run of your life:

Or even pal up with a crocodile:

The Lion King animated film taught us a joyful African motto — Hakuna Matata. This Swahili phrase is translated as “enjoy your present without any worries.” Africa is rich in beautiful nature and old stereotypes about this magnificant continent are not a reason to refuse an exciting journey.

Are you aware of any other myths about Africa that should be busted? Please share them in the comments!

3
0
7
3
191k
© 2014–2020 TheSoul Publishing. All rights reserved. All materials on this site are copyrighted and may not be used unless authorized by the Bright Side.