© 2014–2022 TheSoul Publishing.
All rights reserved. All materials on this site are copyrighted and may not be used unless authorized by the Bright Side.
12-141

What 13 Celebrities Did for a Living Before They Became Famous

11 Pet Products You Won’t Believe You Lived Without

10+ Celebrities’ Looks That Caused a Stir in the Fashion World 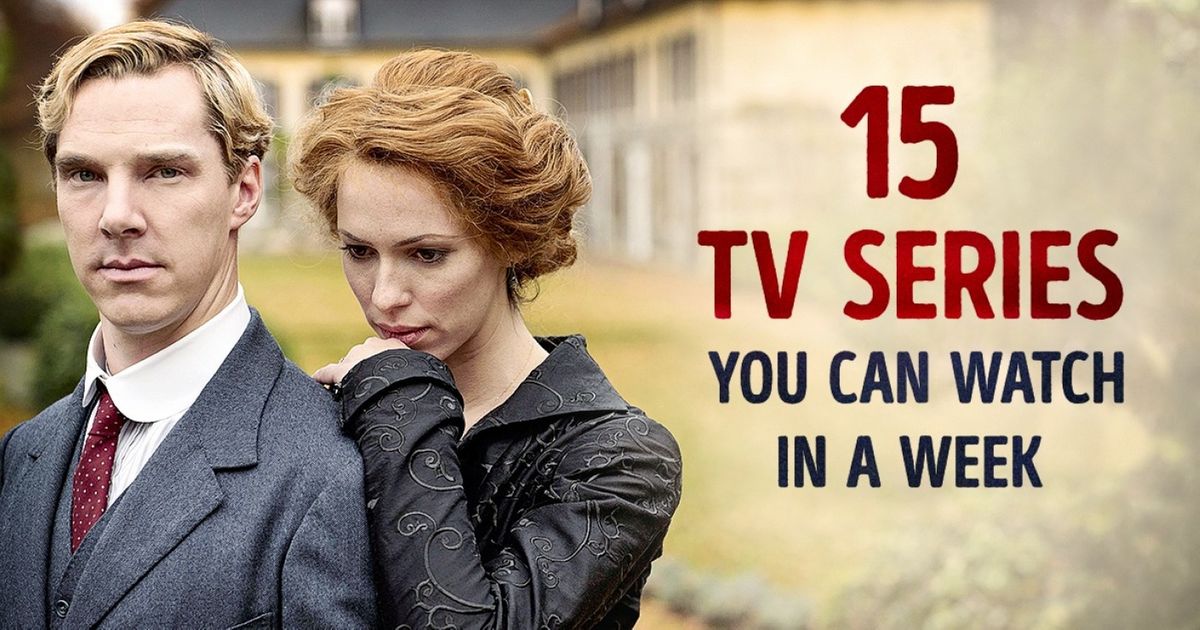 15 amazing TV series you can watch in a week

From time to time, every one of us wants to come home from work and treat ourselves to a good TV series. However, it's often the case that you have neither the strength nor the time for that.

For those of you who feel like this but still want to delve into the unknown with charismatic characters, solve mysteries with genius detectives, or take a look into the past, we at Bright Side have compiled a list of mini-series you can watch in just seven days.

A young New York taxi driver meets a woman, and they decide to spend a night together. Upon waking up in the morning in his apartment, the young man finds the woman dead. The police, the lawyers, and even his family now think he is a murderer. Will anyone believe in his innocence and save him from being wrongly accused?

Christopher Tietjens, the protagonist, is the perfect British aristocrat: he is prim yet gallant, and a man of unshakeable morals. One thing Tietjens couldn't imagine, though, is that he would compromise his fidelity to his wife and fall in love with Valentine, a young suffragette, who would make him change his views on life. This series is about honor, dignity, and staying yourself at all costs.

This is the story of Olive Kitteridge, a school teacher, and her family, covering a 20-year period. With her strict upbringing, Olive demands much of herself and of those close to her, especially her own family. This brings a lot of suffering to her son, who is not as clever as she wants him to be, and her husband, who's become way too simple. This is a heart-breaking series about the impossibility of happy family relations.

The series tells the story of three British kings - Richard II, Henry IV, and Henry V - and how their fates shaped history. It's recommended for all those who love Shakespeare or want to know more about his works.

A young doctor, Vladimir Bomgard, comes to a small village to treat the locals during the Russian Revolution of 1917. The main character finds himself in some difficult situations, not only because he has to overcome the hardships of his own vocation, but also because of constant superstitions of his patients getting in the way. The series is based on the short story collection of the same name by Mikhail Bulgakov.

The life of Alex, the main character, is utterly different from that of other people. Every morning he wakes up in some other person's body. During the whole season, Alex tells the viewers about what he felt and lived through while being someone else for one day.

This is a complicated love story of one Amy Dorrit, who was born in a prison cell where her family was sent for their debts, and Arthur Clennam, who's trying to get along with his despot of a mother. The series is about friendship, care, mutual understanding, tolerance, and skeletons in the closets of each family - which are sometimes better off locked up for good.

Jack Epping, an English teacher, gets a brilliant opportunity to visit the '60s and prevent the assassination of John F. Kennedy. However, Jack can't even imagine that the past holds its own secrets, temptations, and consequences that won't let him get away.

A story of a poor Jewish boy who saw a magic show once and decided that he would be the best illusionist in the world. He learns and trains a lot, he travels and performs, and all for one goal: to become a great man and be remembered by millions.

Hearing of a family tragedy, Mark Nicholas returns to his hometown and, after a short investigation, begins to doubt that his parents committed suicide. He decides to uncover the truth on his own. This series is recommended for all who like Agatha Christie-type thrillers.

Will Burton is a talented lawyer with a brilliant mind and incredible charm. He specializes in felony, and he is in very high demand as a lawyer - Will hasn't lost a single case. However, he drops the charges from a suspect in a horrendous crime, resulting in unexpected and frightening consequences.

Mikael Blomkvist, a journalist, and Lisbeth Salander, a mysterious hacker girl, investigate weird accidents - the disappearance of a woman and a murder of an innocent man. The series is based on the trilogy of the same name by Stieg Larsson.

A birthday barbecue turns into a disaster when a hot-tempered guest gives a slap to a naughty kid, whose parents turn a blind eye to his misbehavior. This action leads to irreversible consequences: the kid's mother files a lawsuit, thus pulling the tight group of friends apart. This is an exciting drama that brilliantly shows the system of human values.

The Utopia Experiments is a legendary graphic novel that is shrouded in mystery. The lives of five people who happened to find this book are now in danger, and when you are tracked by a ruthless secret organization called The Network, there is only one way to survive - run.

Eight people who know nothing of each other are invited to a magnificent castle on an island. Having gathered at the table, the guests find out that the hosts aren't home, and the only people living there are the servants (a married couple). These two are the ones who play a gramophone recording that accuses all of them of murders and promises a fitting punishment for them. The series is based on the famous book of the same name by Agatha Christie.