The filming of Harry Potter lasted for 10 years. Child actors who are almost 30 now devoted a third of their lives to this franchise, but not all of them continued their acting careers — some of them became photographers, musicians, and even jockeys. What do the people who played Luna, Neville, Seamus, and other characters do now? Let’s find out!

Bright Side wanted to know if the lives of the actors from this franchise have changed since the films. We’re sure that you’ll learn many interesting facts while reading this article. 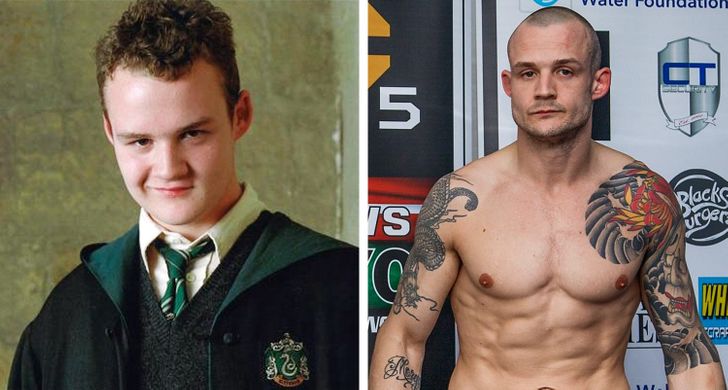 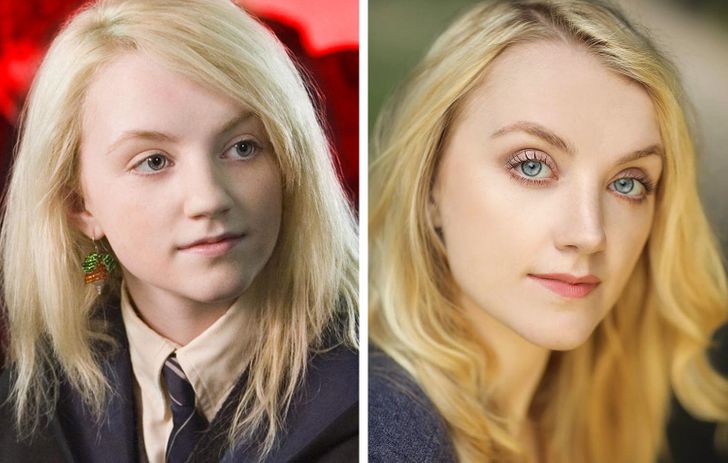 The role of weird Luna was a form of treatment for Evanna Lynch. At the age of 11, she was hospitalized due to anorexia. She wrote a letter to J.K. Rowling and told her of her problem, and mentioned that she’d always wanted to play a part in Harry Potter. The writer answered her and they began writing to each other. 3 years later, Rowling invited the girl to attend an audition. Evanna managed to shine brighter than 15,000 applicants and got the role even though she wasn’t experienced at acting. After the Harry Potter films, she acted in 5 more movies. Her latest work was a role in My Name Is Emily. Now, Lynch is taking part in Dancing With the Stars. 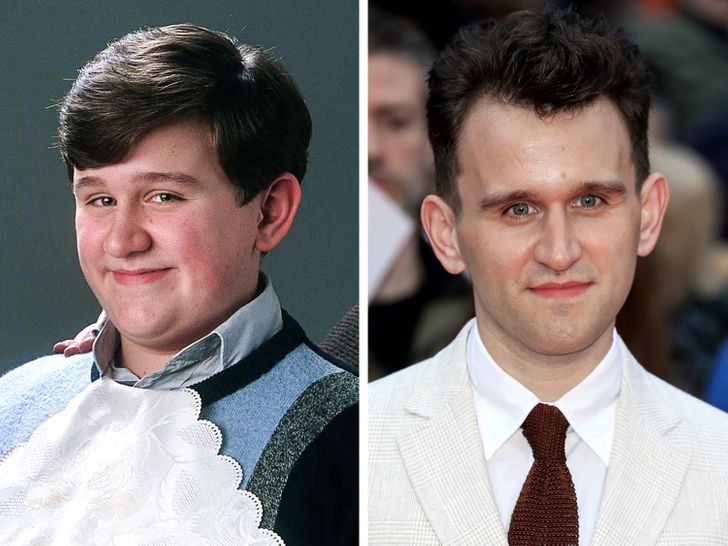 Though Harry Melling is the grandson of an actor, he’d never acted in movies before his role as Harry’s nasty cousin. At age 18, Melling lost so much weight that he’d changed beyond recognition. So to take part in Harry Potter and the Deathly Hallows, he had to wear a suit that made him look plumper. The film was a crucial period in Melling’s life: he graduated from a theatrical school and The London Academy of Music and Dramatic Art. Today, he acts in theatres and takes part in movies and TV series. Most recently he acted in The Lost City of Z and The Ballad of Buster Scruggs. 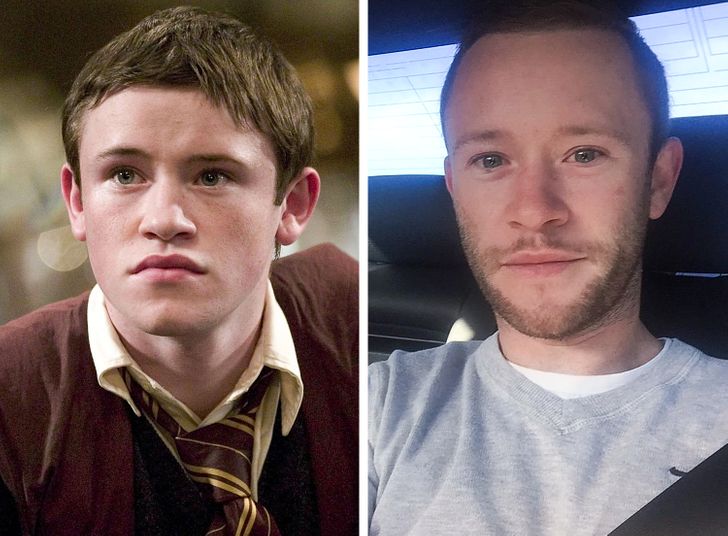 Devon Murray is originally from Ireland and had never heard about Harry Potter before he got his role. He’s been acting in movies since he was 6 (he was in Yesterday’s Children, so he didn’t even have to audition). Murray also loves horseback riding: he takes part in competitions and has 6 horses. Devon says that the role of Seamus Finnigan didn’t make him famous in Ireland. 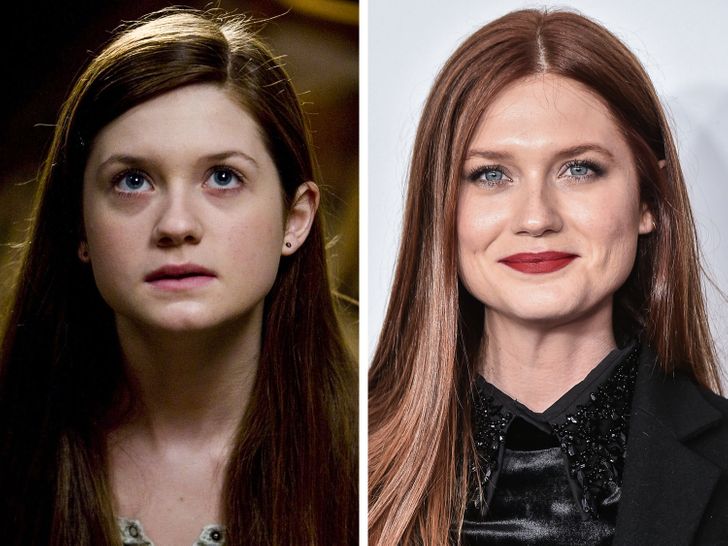 Bonnie Wright decided to go to the audition thanks to her brother — he said she looked like Ginny. After Harry Potter, she starred in 13 films and established her own film company where she works as a screenwriter, film director, and film producer. Additionally, Bonnie is a vegetarian involved in charitable activities. 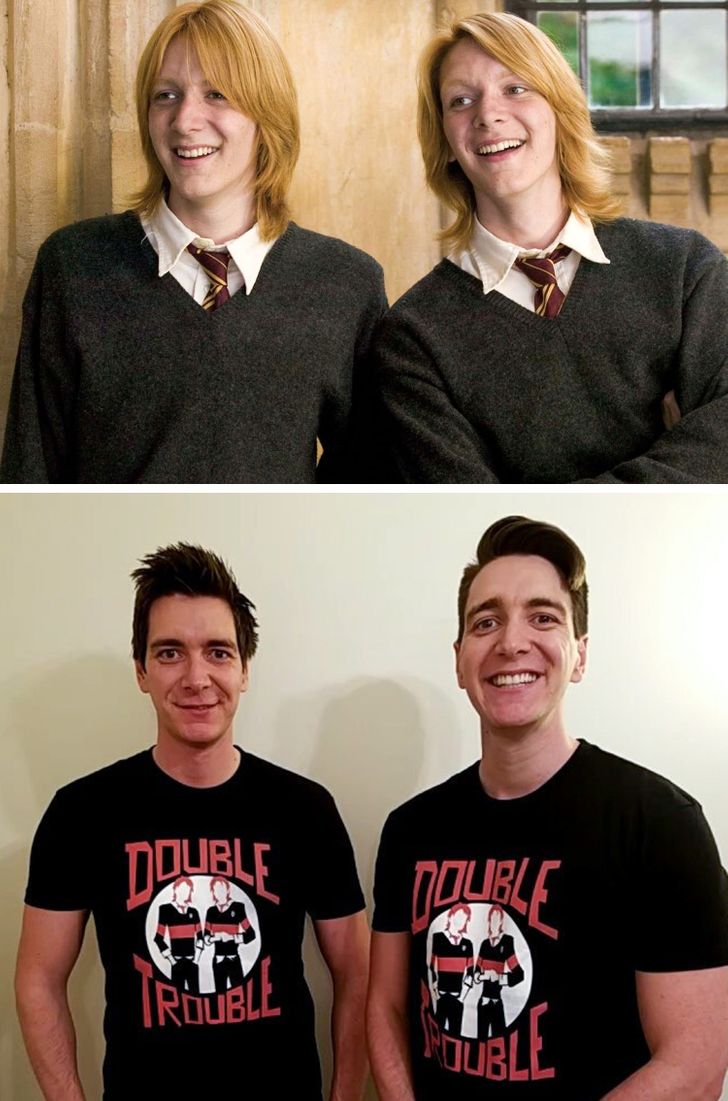 James and Oliver Phelps had never acted in films before Harry Potter but they really loved the books about the kid wizard which is why their mom took them to the audition right after she heard about it. The twins had to pass 6 audition stages before they finally got the roles. Today, they act in movies (they took part in the third season of Kingdom), play golf, and do charity. 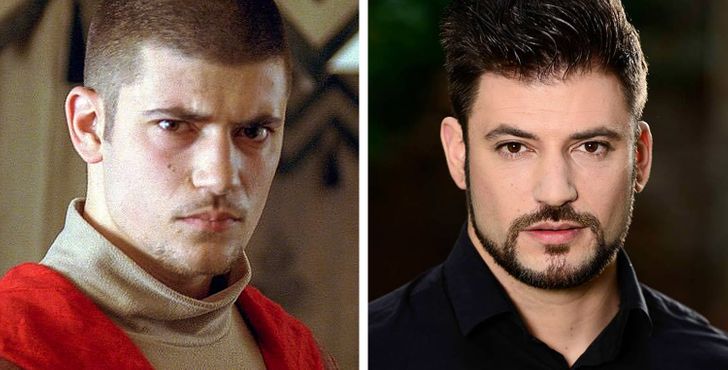 Stanislav Yanevski from Bulgaria got the role of a student from Durmstrang, the Northern wizarding school, though there were around 600 more actors that wanted the role. Stanislav also acted in several films. His latest work was a role in Resistance in 2011. 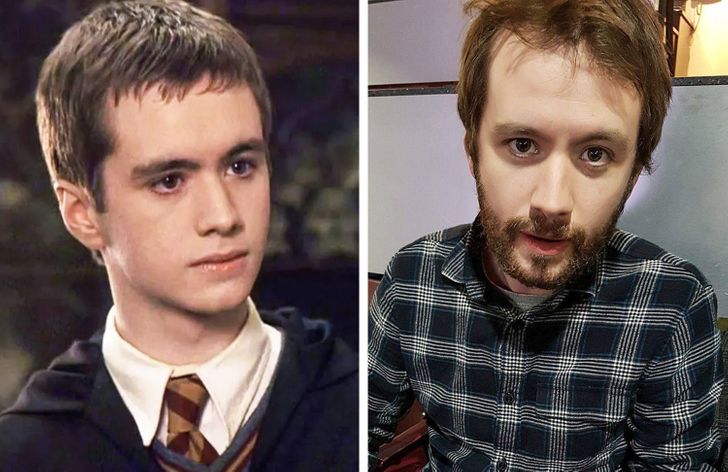 In the Harry Potter films, Sean played Oliver Wood, the captain of the Gryffindor Quidditch team. Alan Rickman worked with Sean in the film The Winter Guest, so he recommended the boy for the role. Today, Biggerstaff continues to build his acting career. 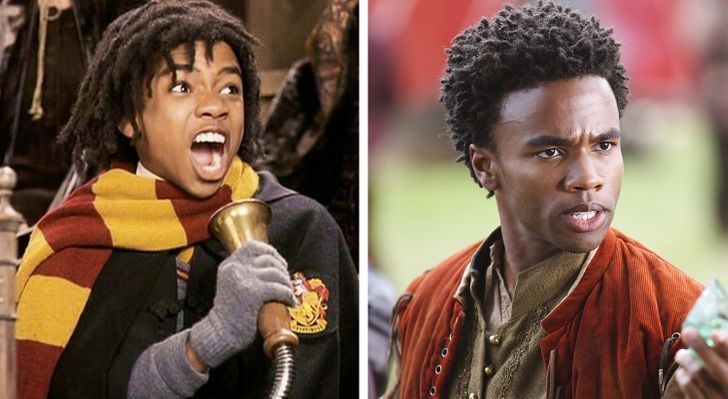 Luke played Lee Jordan, an enthusiastic member of Gryffindor whose main role was to keep the audience up to speed on how the teams were doing during the school Quidditch matches. At age 32, he’s already starred in 10 TV series (like Glee and Lie to Me) and now plays one of the main parts in Galavant. He also does work in theatre and sings. 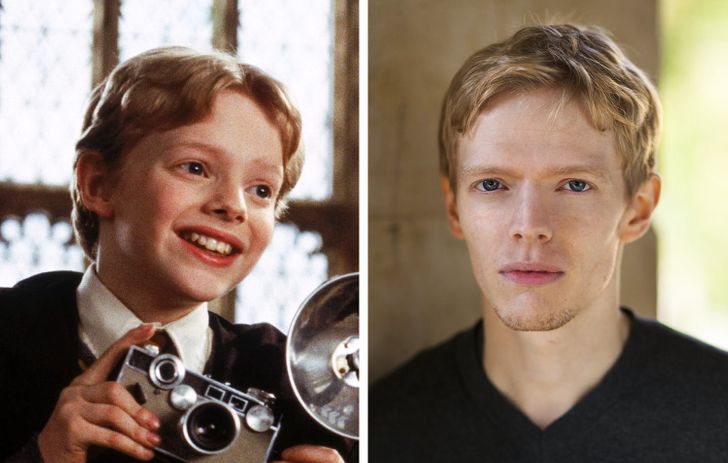 The role of this small Harry Potter fan was the first for Hugh. Later, he took part in 16 films and series. Today, he’s a composer, singer, and photographer. 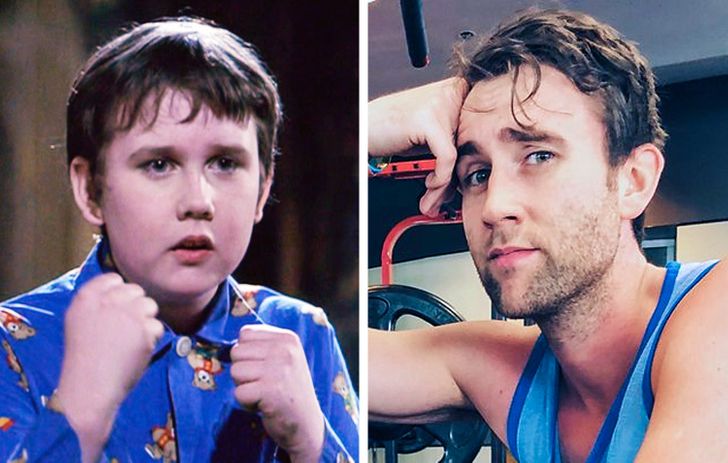 The small Matthew Lewis managed to persuade his mom to take him to the audition where they had to wait in a line for 5 hours. The actor was as unlucky as his character during the shoot: he had to wear fake teeth, plastic pads behind his ears, and a suit that made him fatter. And once, Helena Bonham Carter accidentally perforated his eardrum, and he couldn’t hear for a few days. Now Matthew continues his acting career and played a part in Me Before You. He also got married to Angela Jones, an event planner at Universal Studios. 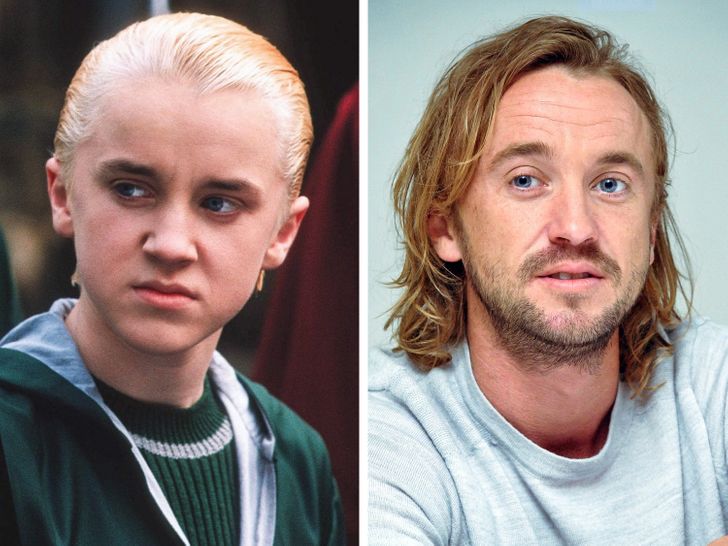 In the film, Draco was Harry’s enemy, but in real life, Tom Felton was a friend of Daniel Radcliffe and Rupert Grint. Emma Watson even confessed that he was her first love. Unfortunately, it wasn’t mutual. Before taking part in Harry Potter, Tom played parts in movies and sang in the choir. As of now, he has 2 music albums and plays in films — you can see him in Origin, a science fiction series.

Who impressed you the most? Who is your favorite actor from the wizarding world of Harry Potter? Tell us in the comments!