© 2014–2022 TheSoul Publishing.
All rights reserved. All materials on this site are copyrighted and may not be used unless authorized by the Bright Side.
18414-

There are many things in the world that we still have no idea about --that's especially true when it comes to the human psyche. For example, did you know that it's better to buy new shoes when in a bad mood? We have collected 11 paradoxes just like this one that may surprise you.

Bright Side reveals some interesting facts about the human brain and psyche, explaining how mood affects purchases and other decisions we make every day. By the end of this article you may see things a little differently.

11. It's better to make important decisions in a bad mood.

It turns out that when we're happy, we make decisions based on intuition and inner premonition, but when we're sad, we tend to use more logic and analytic thinking. That is why we often commit criminal acts in a state of euphoria, and don't realize the craziness of it until after the fact. Researchers note that in general, decisions taken at moments of sadness are better in the long run.

Suppose you see a beautiful man or woman that looks so perfect they may as well have a halo hanging over their head--when suddenly, they fall clumsily into a puddle of dirt. Instead of becoming deterred by them, you'll actually be drawn to them and more likely to fall in love with them.

In psychology, this phenomenon is known as the Pratfall Effect, in which a person lets an imperfection of someone or their surroundings affect their feelings toward them. However, this only happens in cases of a person already having some amount of sympathy for the other person. As it turns out, our desire to be perfect is actually a waste of effort since a little bit of imperfection doesn't seem to make a difference.

If you want to strengthen relationships with colleagues or family members, engage in singing, sports, or other activities that involve synchronized performance. Scientists have discovered that such activities cause positive emotions (even if you don't enjoy the action itself) and remove psychological barriers, resulting in the group members becoming closer to each other.

8. It's easier to recognize than recall. 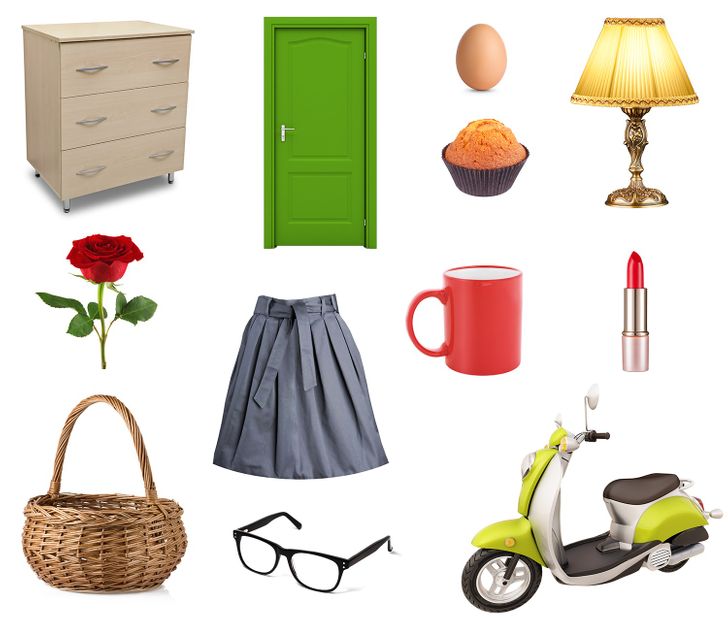 Tap to see the answer
© depositphotos

Read the words written in the picture. Close your eyes and try to list all nine of the words you have just read. How many of them did you manage to recall? Now, look at the picture and find the images that were also on the list. You'll likely be unable to name all 9 items but the result, in any case, will be better than the first try.

This happens because recognition requires less effort than remembering. This is why it is recommended to memorize various texts with the stimulation of brain activity.

7.The ability to recognize ambiguous images depends on your age and the state of your brain.

What do you see in the picture above? There are actually two answers here: lips and a leaf.

It's impossible to see both images at the same time but usually, most people can notice each of the variants. Surprisingly, children under the age of five are not able to see more than one image even if both versions have clearly been pointed out to them. This is due to the fact that their brains don't have the flexibility required for recognizing the second image. Moreover, at this age, it is almost impossible for them to realize that there are people who have different beliefs, speak different languages than they do and generally perceive the world differently. However, there is an exception in bilingual children. Being bilingual helps young children to develop the flexibility of the mind that monolingual children can lack. Therefore, they are able to see both sides of ambiguous images. Some adults can also fail to recognize ambiguous pictures: experiments have shown that people with frontal damages to the brain found it most difficult to complete this task.

The object that we recognize first can depend on our age. It has been proven that when it comes to reversible figures, people tend to see things that they have experienced in their lives so far, using the knowledge stored in their brain. Hence, there is a high probability that adults will likely see lips in the picture above, while children will see a leaf first. That happens due to the fact that adults are more driven by their sexual experiences.

6. The quality of the work we do is influenced by people around us.

If you know how to do something very well, it's likely you will do it even better when in the presence of other people. This phenomenon is called social facilitation and is usually seen in athletes who demonstrate better results in public performances than at practices. Conversely, if you perform an activity you have little experience with, the presence of spectators will actually worsen your performance. Therefore, it's wise to study a craft without spectators.

5. People think others are responsible for their own mistakes, but when it comes to ourselves, we blame the circumstances.

Imagine the following situation: a woman is walking along the street with a torn bag and apples spilled on the ground. A man passing by felt bad for the woman but did not help. Why didn't he? Most of us would assume that the man is lazy, ill-mannered or anti-social.

Now imagine that you were the one who passed this woman and did not stop to help. Why didn't you? Probably because you were in a hurry to get to work or were late to an important meeting. Surely, if not for the circumstances, you would have given her a hand.

In psychology, this is called the fundamental attribution error - where we blame the mistakes of others on their personal characteristics and our own mistakes on the influence of external factors. When it comes to achievements, the opposite is true. If someone passed the exam successfully, it happened because of external factors, but if you were successful, it was because you were well-prepared.

4.The length of the line affects the perception of the text.

Studies show that most people quickly read the text written in the first image of 10 lines than the same text below it broken into 20 shorter lines. For an optimal reading speed, the line should be about 100 characters long.

But if you allow a person to choose what to read - a wide column or narrow columns - they will likely choose the second. Most people prefer text consisting of 45 - 74 characters in one line. Now you know how to write a declaration of love or an important letter (like when requesting a raise).

3. We perceive objects around us in the canonical perspective.

Remember what the office printer or the vehicle that helped you get to work looks like? Most of us recall these objects as if we were looking at them slightly above and at an angle where the front and side planes are visible-- this is known as the canonical perspective. The researcher of this phenomenon discovered it after asking people to draw a coffee cup-- it was depicted exactly in this perspective almost every time.

2. We all are inattentive...just watch the video below.

Before reading the text below, watch the video carefully. Focus on the girls in white T-shirts and count how many times they pass the ball.

Did you noticed the man in a gorilla costume? Approximately 50% of people viewing this video for the first time do not notice him. The girls wearing white T-shirts make 16 passes. After watching the video a second time, answer the following questions: What color are the curtains on the wall? Are they red? What about the color of the curtains at the end of the video? How many girls are there all together? When was their amount reduced?

In psychology, they call this effect inattentional blindness. If we're focused on a task, most of us don't even notice what is happening literally under our noses. 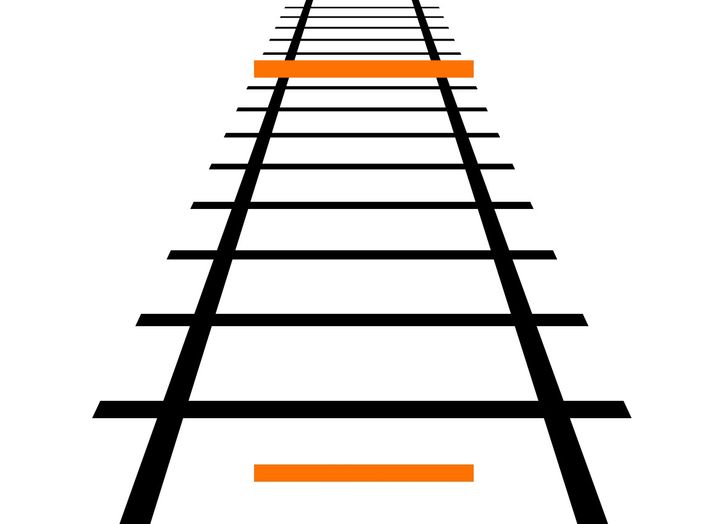 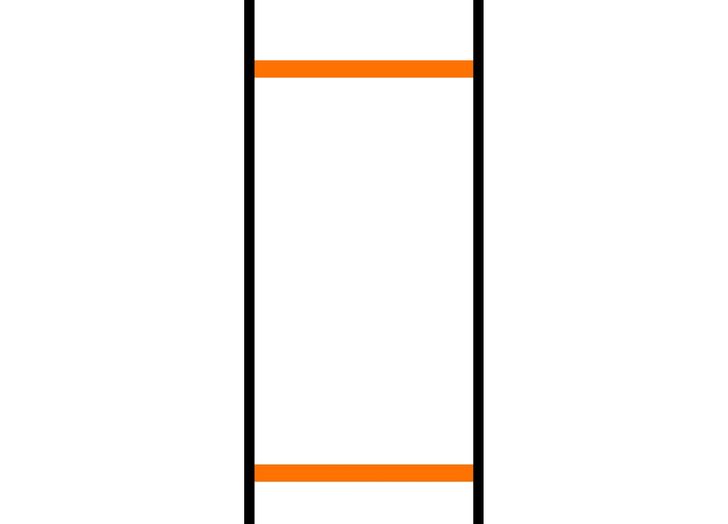 The picture above shows the famous Ponzo illusion, first shown to the world back in 1913. It seems to us that the first orange line is longer than the second, although in reality, both lines are the same. This happens because the upper line goes beyond the other vertical lines, and the lower line, on the contrary, does not reach them. This makes the brain think that the upper line is longer when it is in fact the same size.

We hope that the effects mentioned in this article not only amazed you but that they'll serve as helpful lessons. We really want to know: did you actually notice the man in the gorilla costume when you were watching the video for the first time? Please let us know in the comments!