© 2014–2023 TheSoul Publishing.
All rights reserved. All materials on this site are copyrighted and may not be used unless authorized by the Bright Side.
23-172

15 People Who Don’t Believe in the Meaning of Trash

“I Guess I’m More Similar to Will Than I Thought,” Noah Schnapp of “Stranger Things” Comes Out as Gay, and His Family Had the Sweetest Reaction

A Mama Chimp Was Reunited With Her Baby After a C-Section, and You Can Watch This Moment of Pure Joy

10 Celebs Who Welcomed a Rainbow Baby After Their Pregnancy Loss

21 Pics That Reveal the Truth Behind the Magic of Cinema 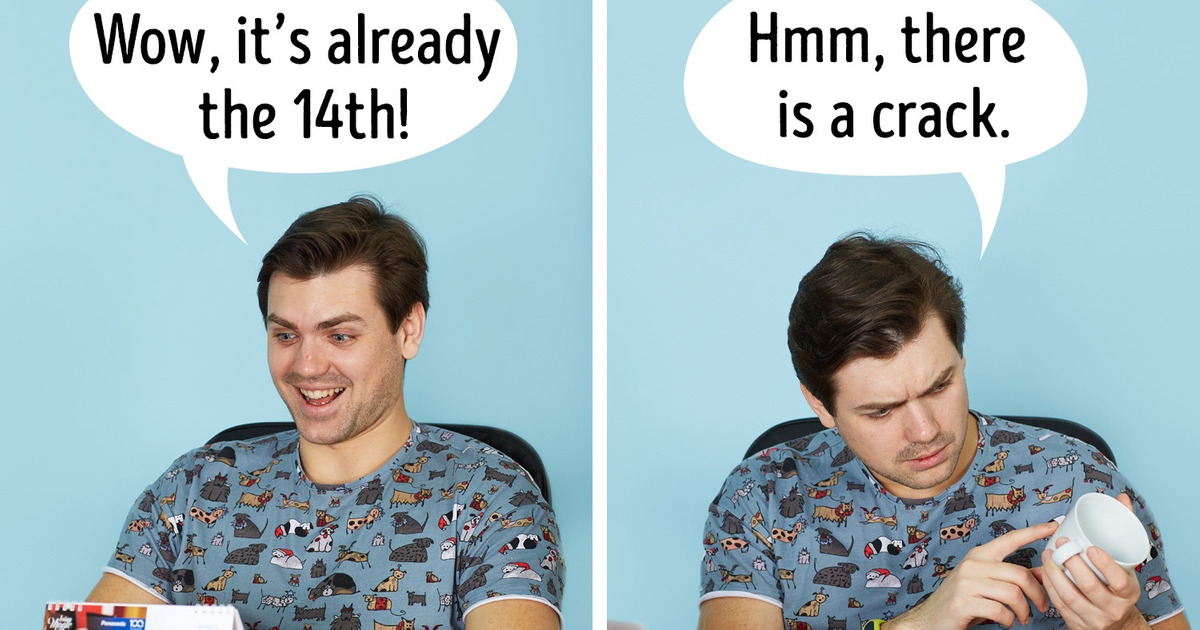 12 Signs of True Intelligence That Can’t Be Faked

Some personal features or skills that are considered to be useless or negative can actually identify a person’s high level of brain activity. At least, scientists think so. What are these features and skills? How do they make us better?

We at Bright Side decided to study the matter and came up with a list of a few signs that, according to specialists, indicate extraordinary intelligence.

12. You are left-handed (or ambidextrous).

Maria Konnikova, a journalist for The New Yorker, described an experiment that was held amongst a group of left-handed and right-handed people:

“Left-handed people were more adept, for instance, at combining 2 common objects in novel ways to form a third—for example, using a pole and a tin can to make a birdhouse. They also excelled at grouping lists of words into as many alternate categories as possible.”

Scientists connect left-handedness with “divergent thinking” — a form of creativity that helps generate new ideas. The same can be said about ambidextrous people — those who have equally developed hand activity.

11. You often worry about even the smallest things.

During one study, scientists asked 126 elementary school students to fill in questionnaires about how often they feel worried about something, pay attention to rumors, or think about situations that make them feel upset.

It appeared that those kids who worried more than others got more points in the following non-verbal intelligence test. Scientists connect it with the fact that those who are always worried tend to do their work more properly.

10. You love joking around.

One more interesting study was held at the University of New Mexico. 400 students took tests on their abilities to discuss certain topics. After passing the tests, the students were asked to give their captions to some pictures from cartoons.

These captions were examined by independent estimators. It appeared that 86% of the smarter students who got the highest amount of points on the test chose humorous captions for the pictures. Later, the same research was held with comedians and all of them got more than average results on the verbal intelligence test.

Why are we telling you this? According to scientists, humor affects intellectual abilities, keeps the brain and nervous system in a good shape, and makes us smarter.

The scientists of the London University of Psychology say, “It’s more likely that a curious child, as opposed to one who simply learns by heart, will become an innovator during his lifetime.”

Professor Tomas Chamorro-Premuzic from Harvard Business Review explains how curiosity and a “hungry mind” make us smarter. He says, “Curiosity makes a child more interested in science and art as a means of cognition and self-expression.”

In one British study, scientists observed 6,000 people who were born in the past 50 years. They found out that 11-year-old kids who got a higher score on an IQ test appeared to be more curious and open to new experiences in their future.

If you’re a night owl, it’s more likely that your intelligence level is higher than average. Scientists suppose this is due to brain activity being so high so that it challenges regular daily biorhythms.

In a study published by Personality and Individual Differences magazine, a connection between a child’s intelligence and sleeping habits was studied in thousands of young people. It was found out that the majority of smart people love waking up later on both weekdays and weekends. Another similar research studied 400 recruits of US Air Force and resulted in similar conclusions.

7. You are very impressionable or easily distracted.

If you often get distracted by social networks notifications, tea breaks, or even during conversations, you may be smarter than others. At least, scientists say so.

According to a new study, the harder it is for a person to stay concentrated, the smarter the person is. Scientists explain that this is due to the fact that it’s difficult to keep high levels of brain activity under control.

American scientists made a statistic study and found out that the people who live in pedestrian-oriented cities have higher intelligence rates than those who live in cities where transport prevails. The same results were achieved after researching the pedestrian districts of big cities.

5. You realize how much you still don’t know.

The Dunning-Kruger effect is the result of a study by Justin Kruger and David Dunning that became a classic in social psychology. They concluded that the smarter a person is, the more he doubts his cognitive abilities.

In other words, smart people are not afraid of saying, “I don’t know.” If they don’t know something, they can find out something new. That’s why if you always have questions popping up in your head and you’re not afraid to ask them, then you are probably smarter than a lot of other people.

Smart people are able to manage impulsivity and they’re good at suppressing emotions. They also think of consequences before they start doing something.

According to researchers’ opinions, those who easily find a reason to skip a workout have a higher cognitive demand.

The majority of smart people tend to postpone their tasks, and this was noticed by many famous scientists. For example, Adam Grant says that procrastination is the key to innovation. Steve Jobs could use procrastination strategically, allowing his brain to rest by switching to completely different tasks.

2. You constantly nibble on something.

It’s a well-known fact that chewing gum increases brain activity and concentration, unfortunately only for 20 minutes. However, scientists recently found out that smart people tend to have a habit of chewing something constantly. They explain that when we chew, our brains are open to reflection and self-analysis.

1. You fall asleep during the day from time to time.

It’s common knowledge that Leonardo da Vinci practiced polyphasic sleep. He slept 20–30 minutes every 4 hours. Why did he do that?

Smart people’s brains work more intensively and get tired soon but also get recharged faster. In order to shake off tiredness and look at the problem with fresh eyes, you have to “reload” your brain. Take a power nap for at least 20 minutes.

Do you possess any of these features? Share with us in the comments.

Please note: This article was updated in March 2022 to correct source material and factual inaccuracies.
44-1199
Bright Side/Psychology/12 Signs of True Intelligence That Can’t Be Faked
Share This Article
You may like these articles
9