© 2014–2022 TheSoul Publishing.
All rights reserved. All materials on this site are copyrighted and may not be used unless authorized by the Bright Side.
9292

18 Photos That Perfectly Answer the “What Happens If...” Question

9 Nightmare Decisions You Should Avoid During Renovation

For These 10 Celebs, Running a Business Is Also About Saving the Planet

A 50-Year-Old Mom Does Cosplay to Represent Older Women Characters, and the Result Is Amazing

13 Actors We’ve Watched Grow Up for So Long, They Feel Like Family 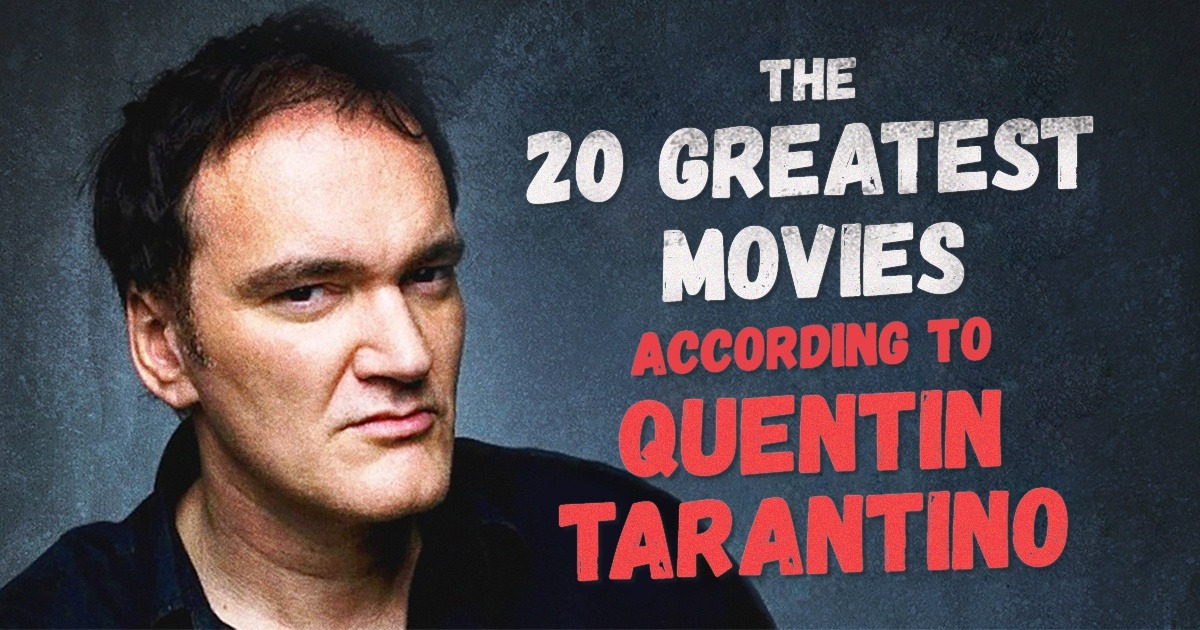 The 20 greatest movies according to Quentin Tarantino

Tarantino’s obsession with cinematic history is something of a legend. Even before he became a renowned director, he worked at a video rental shop where he’d been spending his time devouring one movie after another. Now it’s been years since Tarantino’s distinctive style has won recognition from the public. He has even recently got his star on the Hollywood Walk of Fame!

In one interview, Tarantino named twenty of his favorite films since 1992 – the year he embarked on his career. So let’s fire up those dusty movie projectors and get a sneak peek into the man’s head.

It’s almost impossible to describe ''Fight Club'', since this movie is just so twisted and downright psychedelic that it basically crosses into another realm of existence. The brilliant acting duo of Edward Norton and Brad Pitt steals the show, and the soundtrack instantly becomes one with what you see on the screen, helping to move the story along. Watch and re-watch on repeat.

Michael Mann made a brilliant film here about two people who place the public interest high above their own. This story retains its relevance today as an example of a social stance we should all strive to demonstrate. The main characters couldn’t make a dramatic difference to the way things are, but their effort gives us a measure of hope.

Tokyo, after hours, a posh hotel bar…Here, trying to escape insomnia, two lonely Americans keep running into each other: an aging movie star, Bob, and a young newlywed, Charlotte. Gradually forming an unlikely friendship, they roam the city streets, talking the nights away. A must-watch, heartfelt philosophical drama.

''Battle Royale'' is a terrifying game. There can only be one survivor. The film is a satire on modern life, with its crazy rhythm, and on how we handle it. Watch it if you are eager to learn more about Japanese cinema and break a few stereotypes. Takeshi Kitano is, of course, always a bonus.

Running from a gang of mobsters, young Grace finds herself in the small mountain town of Dogville, Colorado. Locals agree to give her shelter on condition that Grace will work for them, but the more of herself she gives away, the more she sees how two-faced and vicious the townspeople really are. Von Trier created a scarily claustrophobic masterpiece, complete with a strong message and top-shelf performances.

What is there to say about a movie that has already become iconic? After the first watch it seems like you’ve been hit on the head and there’s no way to recover. This is not just your typical action-filled sci-fi, this story slowly unfolds, offering us much deeper socio-political overtones than one might expect.

Anything Else
Woody Allen

Woody Allen is a master of high-quality comedies full of dry wit and subtle irony. ''Anything else'' is not an exception. It flies by, leaving behind a special atmosphere and pure charm that we all came to know and love so much.

Shaun of the Dead
Edgar Wright

What if the zombie apocalypse has already started and you just missed it? Shaun was a regular guy living a regular, numbingly dull life working at the electronics store, when he suddenly noticed that there was something kinda wrong with the world today. The living dead are wandering the streets, eating every brain in sight. Maybe it’s time for Shaun to finally step up, save the day, get the girl, then ''go to the Winchester, have a nice cold pint, and wait for all of this to blow over''… No, wait…Ah, nevermind. ''Shaun'' is both a parody of, and homage to, classic zombie movies. Smart and hilarious, it’ll tickle your synapses in all the right places.

The cinematographic eye candy here makes this an extra light-hearted watch, full of nothing but positive energy, laughter and well-meaning comedy. We’d say it’s highly recommended for those who hankering for a quick trip back to 70s and a double shot of good vibes to go with it. And yes, it stars the oh-so-very-young Milla Jovovich, Ben Affleck and Matthew McConaughey.

The striking contrast between Japanese lyricism of the opening scenes and gory sadistic finale gives ''Audition'' a special flavor. The movie represents a sort of a cultural shock for the audience that is rarely seen in European or American cinema. The film is about our inner demons borne of fear that we all possess.

A no-nonsense action movie, minimalistic, edgy and cinematically powerful. Filmed on a hand-held camera in lush bright colors, and filled with passion and exciting fight sequences, ''The Blade'' manages to use every creative tool at its disposal to make you empathize with the characters.

''Sex. Drugs. Violence'' should really be a tagline for this film. And yet, it keeps an easy, almost lulling pace, capturing audience’s attention from the very start. Just remember that behind all the vulgarity and dirt there’s a desperate message that pinpoints quite a few social problems.

This is not a conventional thriller or a crime story. It has that distinctive flavor of Korean cinema. Not only are you treated to a visual feast, solid directorial work and great acting, but also the authenticity to go with it. The story feels real: policemen aren’t all that heroic, crime is not always punished and innocent people sometimes die because of foolish mistakes.

In spite of a rather straightforward plot, this movie manages to look spectacular. Jan de Bont worked his magic and did everything in his power to keep us glued to the screens for a good hour and a half. Once every few minutes the story gets a new twist, keeping things interesting. Plus, let’s face it, young Keanu Reeves is so-o-o dreamy.

This is a story about a young female investigator who gets caught between the two opposing sides of a long-divided divided country. At its heart, this political thriller is a compelling human drama, with every little detail beautifully executed.

A crime comedy centered on those who live in South Central Los Angeles’ ''hood''. Craig and Smokey are two buddies who like hanging out on their front porch, having a drink and watching passers-by. Indulge in this awesomeness with the simply unforgettable acting by Ice Cube and Chris Tucker.

Fancy sets, 'realistic' battle scenes, untranslatable wordplay, marvellous soundtracks and sound effects, spiced up with satire that is smart, witty and funny. The end product is an excellent cartoon that is meant for adults only.

Now this is quite a multi-layered movie. The film’s intention isn’t solely to scare you, but to get you thinking. ''The Host'' follows the trials of a Korean family attempting to reclaim their daughter from a Godzilla-like monster, realizing along the way that their loving bonds with each other are the most important thing in the world.

Hong-Kong police join forces with Interpol in order to infiltrate an international drug cartel. And who could possibly be a better candidate for handling such an unusual operation than Inspector Chan Ka Kui? This time, though, he has also got to team up with the charming Director of Interpol, Jessica Yang. Comedy, Jackie Chan and extravagant kung fu – need we say more?

A horrible train wreck kills everybody on board except for one person. An ordinary security guard, David Dunne, survives without a scratch. And there’s only one man who knows the reason for this miracle – Elijah Price, a.k.a ''Mr. Glass.'', so nicknamed due for his unusual disease which causes his bones to break easily. This is a supernatural story wrapped in human details – one of the most un-comic-book comic book movies you’ll ever see.