© 2014–2023 TheSoul Publishing.
All rights reserved. All materials on this site are copyrighted and may not be used unless authorized by the Bright Side.
5-61

What 20 Famous Men Would Look Like Without Their Signature Beards

What 16 Movie Makeup Artists, Whose Work We All Know, Look Like

Diane Keaton Is Turning 77, So We Discovered 7 Facts We Didn’t Know About Her 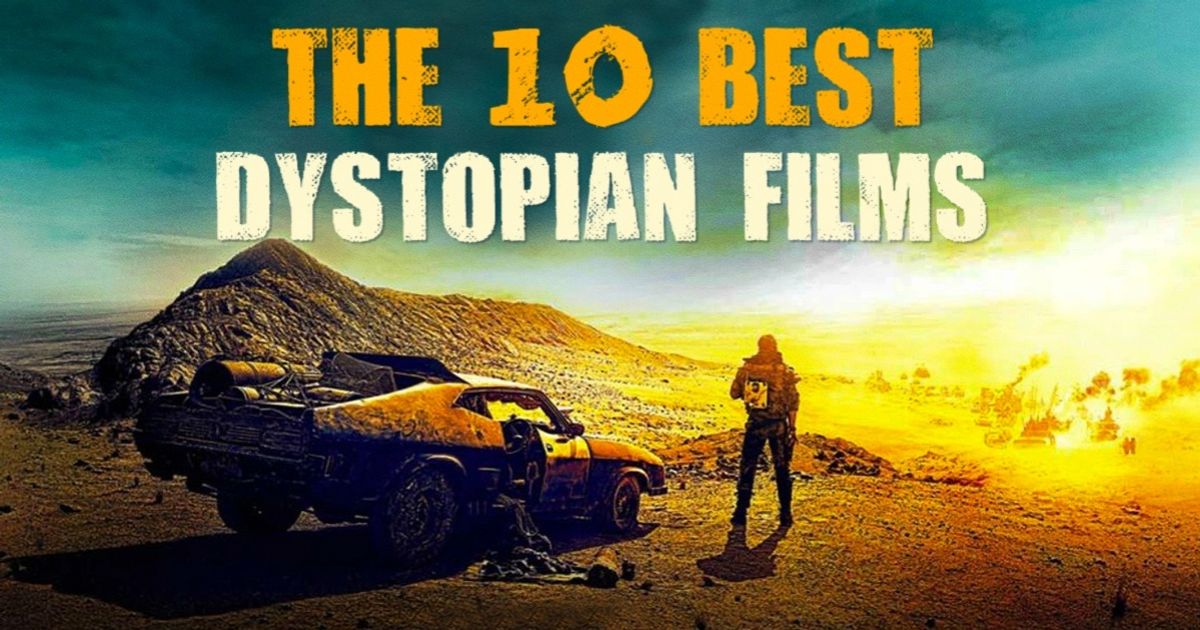 The ten most incredible dystopian films you will ever see

What makes a dystopian film? This genre sometimes doesn’t make for easy watching. These films often serve as a warning to humanity, showing how our world might look if something goes catastrophically wrong, such as nuclear war or a global pandemic, putting a spanner in the works of progress towards the glorious future we all dream of. At the same time, such films often prove to be captivating, poignant and impressive visions of the future which really serve to stimulate your imagination.

We have put together a list of the ten best dystopian movies you could ever watch. Each one is guaranteed to turn you mind upside down and make you ponder whether or not we’re going in the right direction.

Los Angeles. 2019. A dark future. Endless rain and neon lights instead of sunshine. Detective Rick Deckard is trying hard to find a group of rogue cyborgs who have stolen a spaceship and returned to Earth to find their creator. The problem is that they look exactly like real people, which makes Deckard’s mission all but impossible to complete. At first glance, the plot of Blade Runner doesn’t seem to be overly complex. However, at its core the movie offers some serious food for thought, posing one of the most fundamental of questions; What does it mean to be human?

Terry Gilliam has his own unique style. You cannot help but watch his films even if you do not like them. ’Twelve Monkeys’ is no exception. The director places us in a wonderfully strange world — one where you can travel to the future and then go back to past, full of tortured souls. It is this past which reveals how the cause of humanity’s near extinction was terrifyingly simple. This extraordinary movie deserves a special place in world cinema.

The great cinematic sensation of 1999 still feels relevant today. Its themes, centred on mankind’s relationship with technology, are universal. But we also learn a great deal simply about ourselves. However tragic the situation, however low the chances of success may be and whatever the cost and implications of the truth, if it is worth fighting for, we will fight to death.

Another of Terry Gilliam’s dystopian masterpieces. This satirical, absurdist movie shows an abstract totalitarian world that is mired in bureaucracy. Sam Lowry is an ordinary clerk, just like thousands of others. The only difference is that he has dreams. "Dreams of something more" than the surrounding reality. One day, he meets a girl who turns out to be the heroine of his dreams. In order to meet her again, he decides to change his job...

Welcome to Gattaca, the Brave New World of the future. The babies who have become the elite of this society were genetically programmed in a lab. Those who are born of love and not of the test tube are considered inferior. The movie recounts the story of one such reject, Vincent Freeman, who assumes the identity of a ’superior’ person in order to pursue his lifelong dream of space travel. With a skilled director, so much is outstanding about this film; the talented acting, the riveting plot, the perfect soundtrack and the astonishing camera work. This all combines to make a truly incredible movie.

2054. No killers, no murders. Now it’s possible to foresee and prevent crimes before they happen. Just thinking about killing someone will land you in prison. John Anderton is the head of the ’pre-crime’ squad, who can nutralize crimnals before they strike. Suddenly, John sees his own name in the list of murderers. He has no choice but to run...

Lincoln Six-Echo is a resident of a seemingly utopian but strictly controlled facility in the middle of the XXI century. Like all the inhabitants of this place, Lincoln hopes that he will be chosen to go to the "The Island", believed to be the very last unpolluted spot on the planet. But soon Lincoln discovers that everything about his existence is a lie.

This is one of the latest instalments in that old sub-genre of stories about how a future oil crisis may lead the planet into complete chaos and anarchy. We see a world where bands of thugs roam the Earth, ready to tear anyone to shreds in order to get their hands on an extra drop of fuel. Even if you haven’t seen the previous versions of Mad Max, you should definitely watch this one.

This movie depicts an alternative future for England. A terrible epidemic caused by an unknown virus submerges the country in chaos. People are forced to accept tyranny and its consequences: a night-time curfew, the absolute power of the ruling party, and hundreds of informers. One night, a shadowy freedom fighter, known only by the alias of "V", appears in London to overthrow the regime with the help of a young woman.

The Earth is free from wars. You will find only order and boredom everywhere that you go. All human feelings have been excised from society in order to maintain peace. People gulp down pills and turn into unemotional robots. But has the world become less cruel? This is a real masterpiece of the genre as well as director Kurt Wimmer’s best work.