Why are aircraft windows round? Why do airplanes have curved wing tips? Why do passengers always board planes from the left side?

Everything connected with aircrafts is well-planned and thought out. Perhaps it’s the main reason why a plane is the safest way to travel.

Bright Side will answer the 8 most popular questions about airplanes.

8. Why are aircraft windows round? 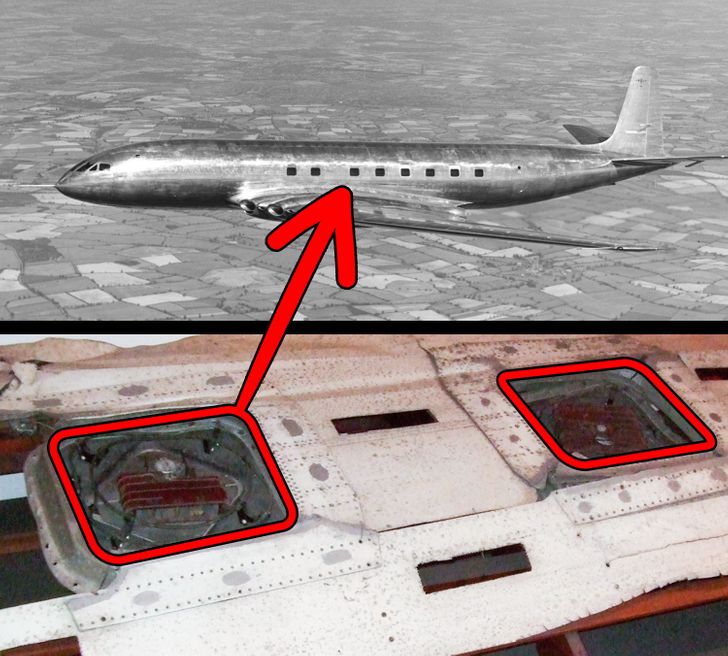 In the beginning of the 1950s, de Havilland developed Comet, the world’s first commercial jet airliner. It was literally a miracle. But a year later, it fell to pieces right in the sky. In several months, 2 more airplanes crashed.

Engineers conducted a diagnosis of each screw of the aircraft and found the problem: the windows were square. The thing is, pressure builds more around the corners of square windows and this pressure only increases during a flight. So it was decided to make windows round. Thanks to this decision, flights are way safer now.

7. Why do airplanes have curved wing tips? 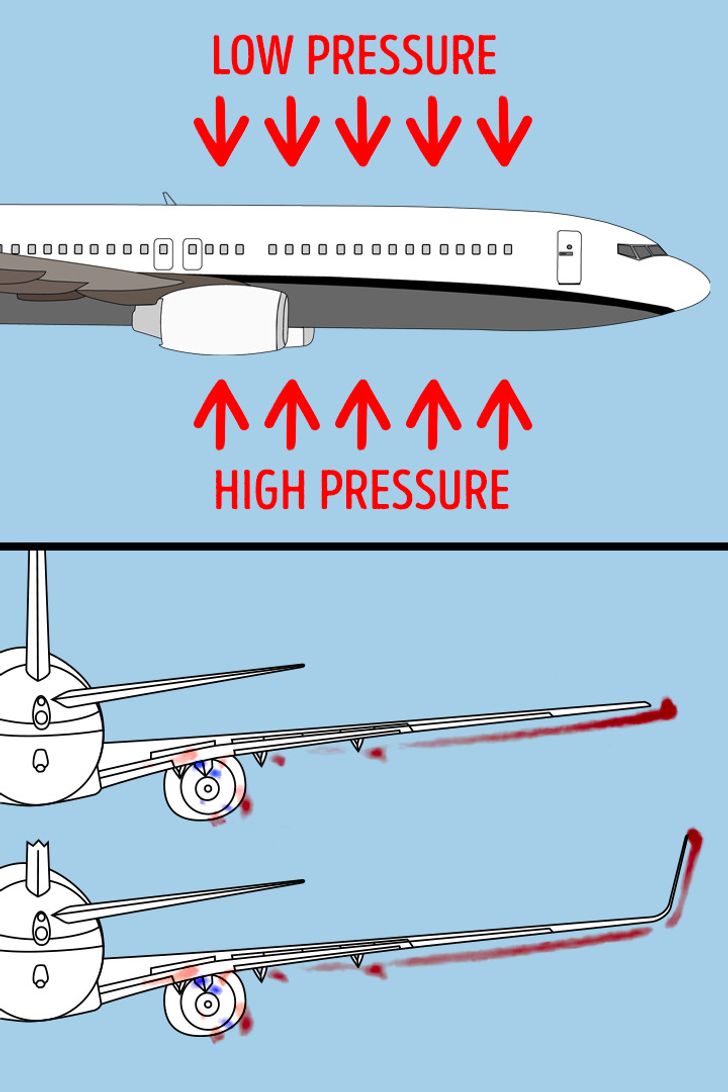 During a flight, the pressure is lower on top of the wing than it is under the wing. The air tends to move from the high pressure below the wing to the low pressure above the wing around the wingtips. In the past, wingtips were straight, and the airflow caused severe turbulence.

So scientists decided to bend the wingtips upward to reduce turbulence, prolong the wings’ durability, and save a lot of fuel during travel. Thanks to this feature, we feel more comfortable during a flight.

6. Why do planes have different nose shapes? 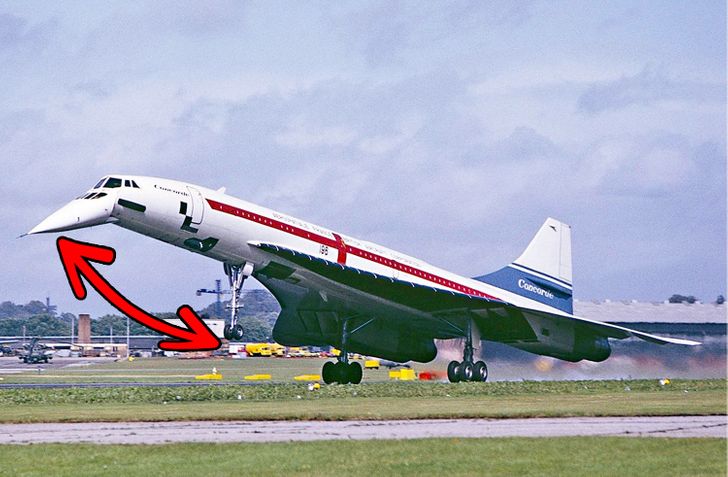 The nose of military aircraft is pointed. The sharper the nose is, the faster an aircraft is. But a longer nose keeps pilots from seeing the runway properly, that’s why passenger jets have rounded noses.

But Russian engineers solved this problem in the 60s. They invented the fastest passenger jet that was able to tilt its nose. While taking off and landing, the aircraft tilted its nose downward. During a flight, the nose was brought back to its starting position.

This strange design has a purpose: it helps pilots see the runway better.

5. Why are planes painted white? 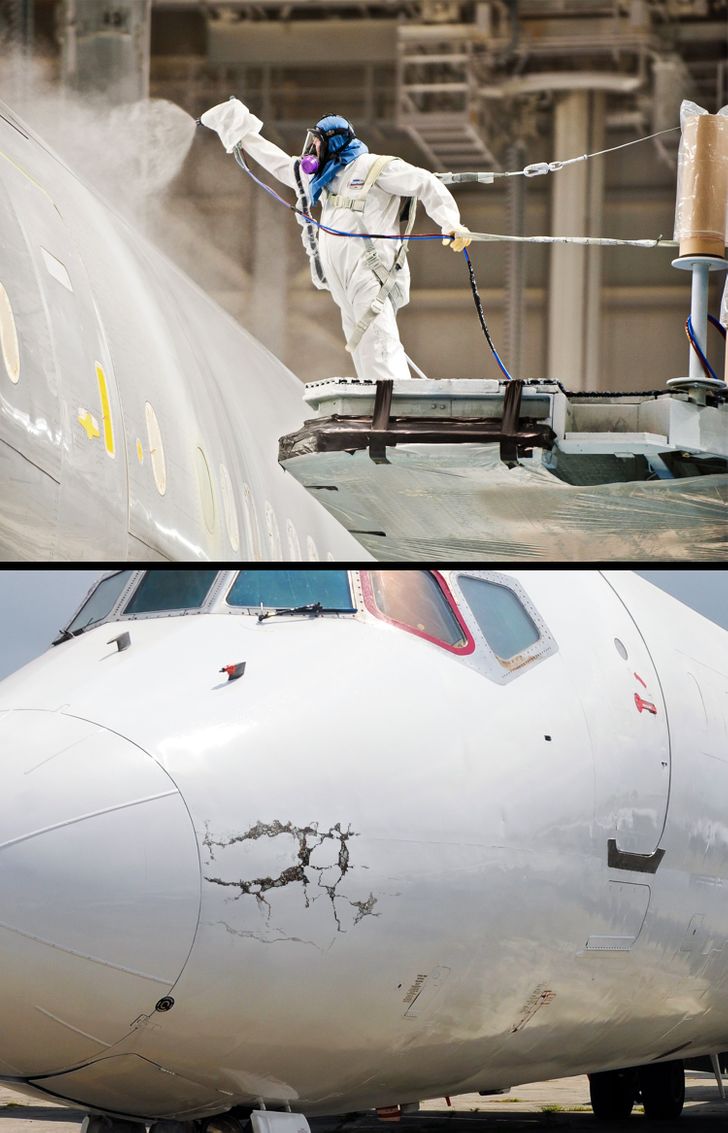 Planes are nearly always painted white. There are several reasons for this: 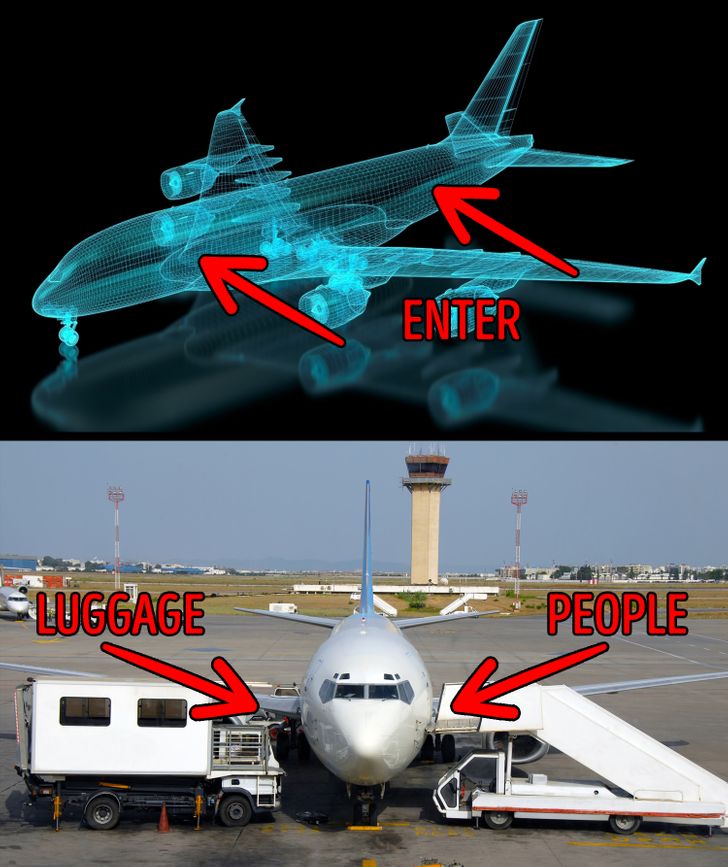 Not all, but the majority of airplanes have the main passenger entrance on the left side. There are 3 theories explaining this fact.

3. Why are some airplanes oddly shaped? 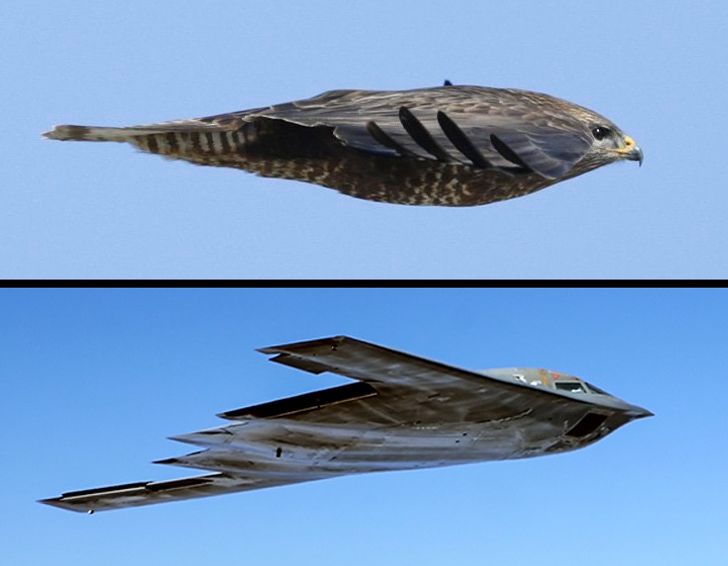 You’ve probably heard about an aircraft that is also called a stealth aircraft. It’s oddly shaped for one simple reason: its shape makes it less visible to radar, sonar, infrared, and other detection methods. What’s more, it allows the aircraft to carry more luggage and consume less fuel.

The aircrafts’ shape was inspired by birds. Predatory birds use this position to increase their flight range and become less visible.

Such aircrafts are too expensive so they aren’t used in civil aviation.

2. How do planes look spacious? 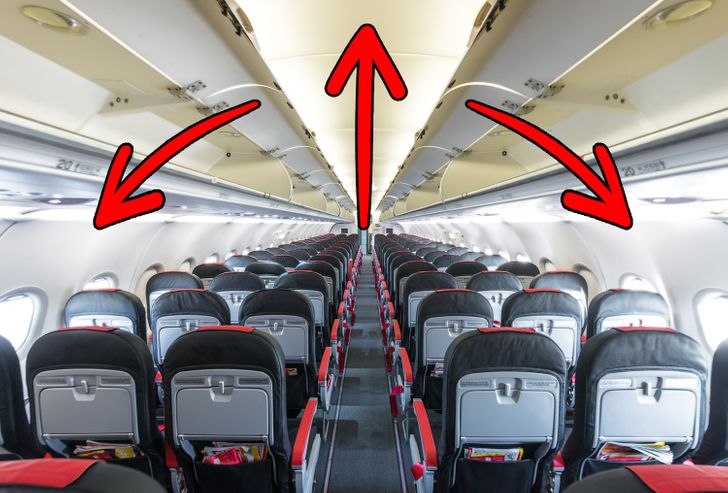 Designers use several tricks to make aircrafts look bigger and more spacious than they actually are. For example, the walls have a certain shape to reflect the light correctly. The illumination between the ceiling and overhead bins makes the ceiling visually higher. Thanks to these tricks, it’s easier for people who suffer claustrophobia to travel by plane.

1. Why don’t pilots have beards? 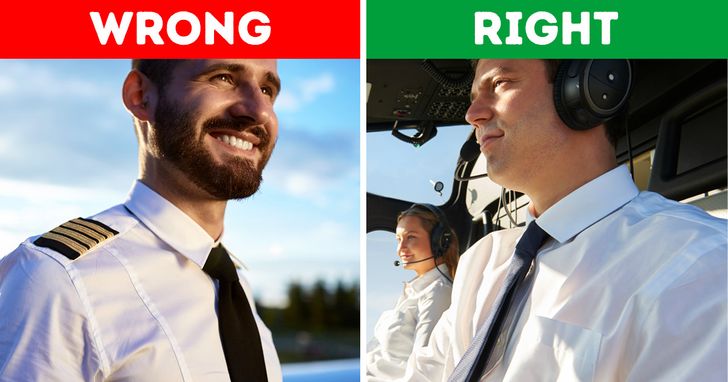 Some airlines don’t allow pilots to have beards. The thing is, facial hair may stop the oxygen mask from fitting securely on the pilot’s face and operating properly. In case of an emergency, pilots must stay conscious to be able to save people’s lives.

Bonus: Why are there no stand-up seats? 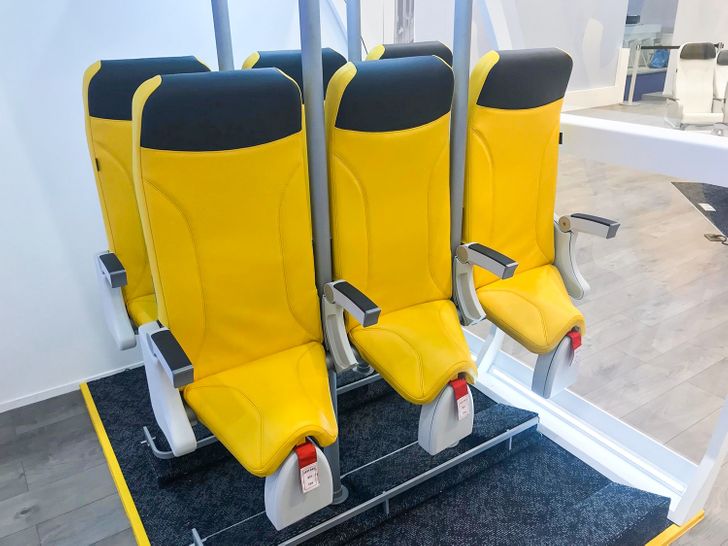 They’ll appear soon. During the Aircraft Interiors Expo, an Italian company introduced new seats for ultra-low cost carriers. These seats will allow you to travel standing and the price of these tickets will be 50% lower.

These seats may look inconvenient, but if you’re traveling for less than 2 hours and don’t want to pay huge sums of money, stand-up seats will be just what you need.

Would you like to try a stand-up seat? Do you think it’s a great option? We’d like to know what you think.