Celebrities often start getting ready for award ceremonies and important social gatherings several months prior to these events. They choose a fashion house, fabrics for their dresses, and a tailor, and they pick out accessories and makeup to look gorgeous on the red carpet. But sometimes, it’s enough to look back in the past and pick out the perfect outfit from old designer collections, so they can shine brighter than everybody else.

We at Bright Side argued about which look is the best, but couldn’t pick just one. Let’s take a look at these vintage outfits together and then you can share your opinion with us. 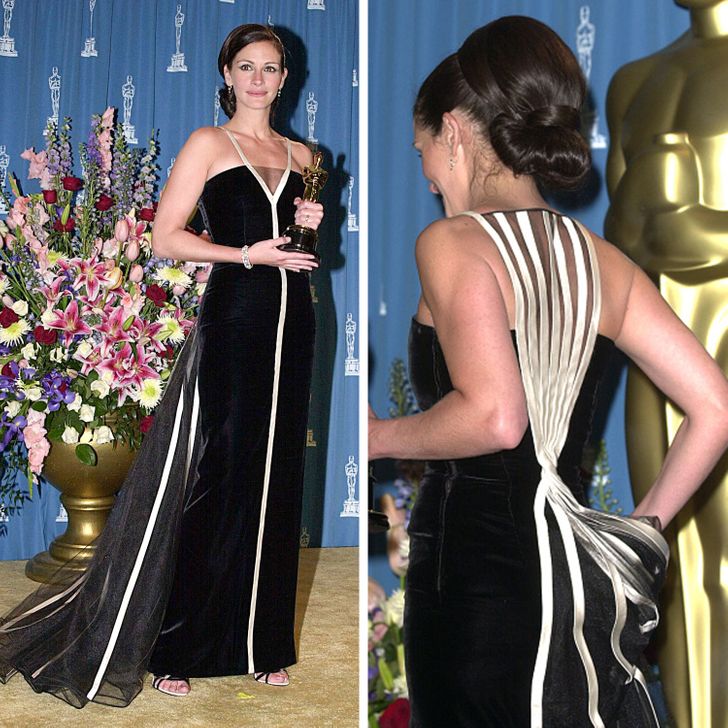 For the Oscar ceremony that takes place in Los Angeles every year, Julia Roberts chose a fitted black dress from the Valentino 1992 collection. In 2001, she got the award for Best Actress for her role in Erin Brockovich while wearing this dress. 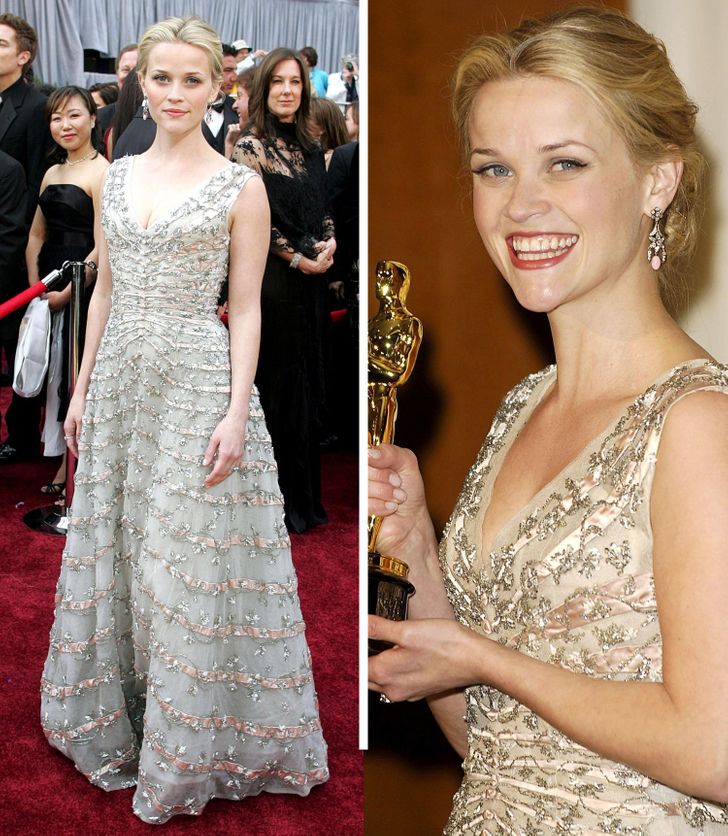 In 2006, the famous blonde lawyer from Legally Blonde, Reese Witherspoon, also chose a vintage look and was right. A beige dress from the Christian Dior 1995 collection perfectly accentuated the actress’s curves, who won the Academy Award for Best Actress that year. 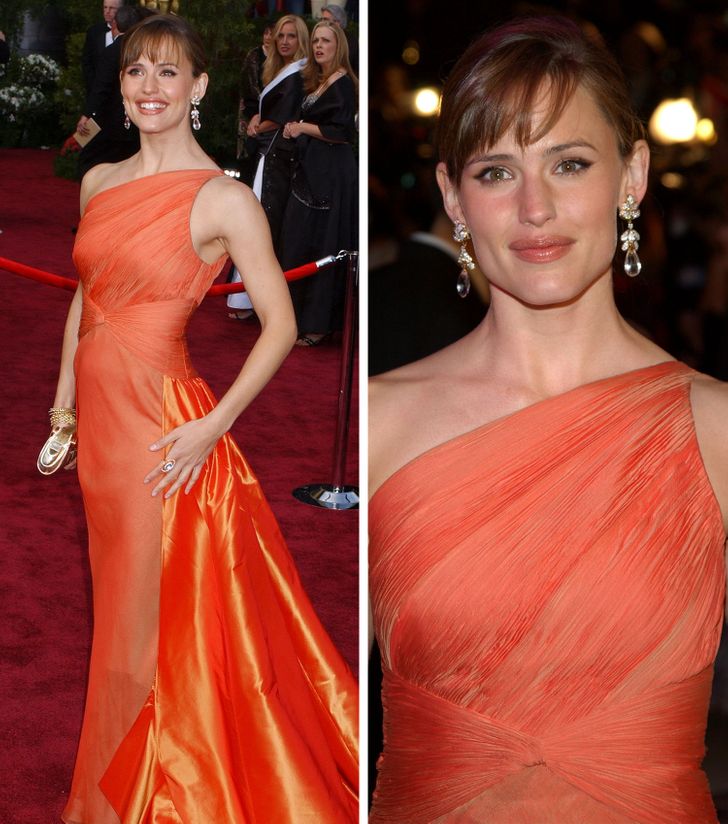 The American actress and producer, Jennifer Garner, opted for an orange dress with a long train from a retro Valentino collection that was designed in the1970s. According to the designer, it took 4 couturiers and 300 hours of work to create this outfit. 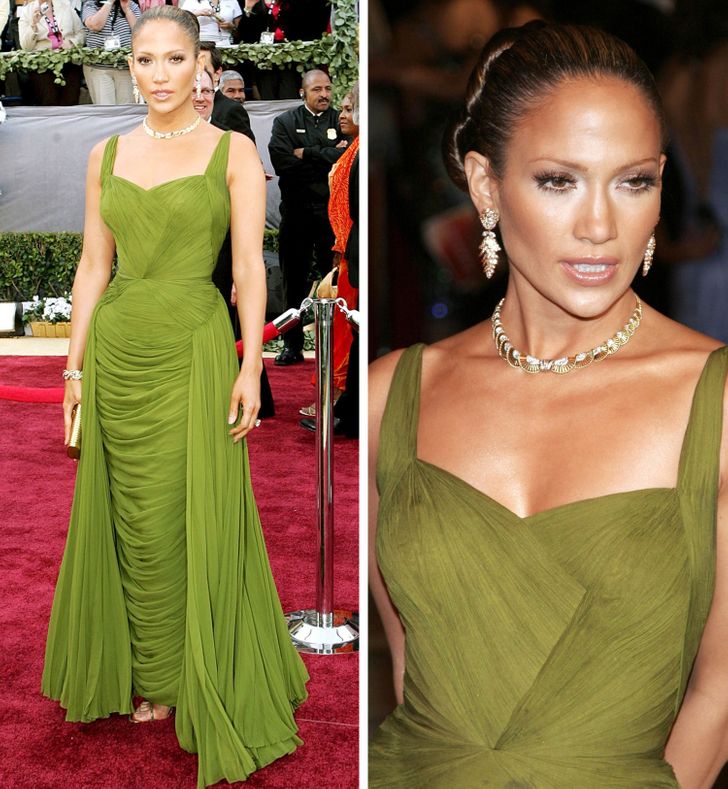 The actress and singer, Jennifer Lopez, chose an outfit from the vintage shop, Lily et Cie, for the 78th Oscar ceremony. This olive-colored dress was created by famous fashion designer, Jean Dessès, in 1959, who is known for his high-quality work with draping. 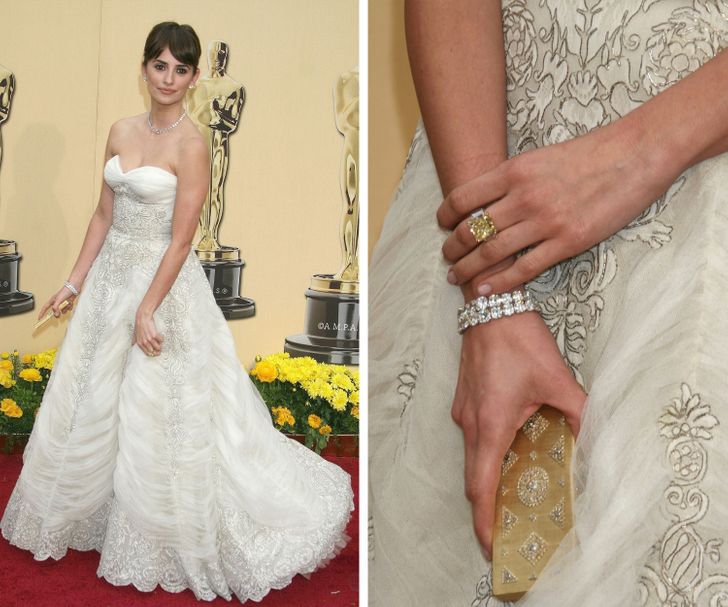 For the Oscar ceremony in 2009, Penelope Cruz chose a delicate champagne colored dress with embroidery. This outfit from the Balmain fashion house was created in 1950. The actress wore this dress when she won the Academy Award for Best Supporting Actress for her role in Vicky Cristina Barcelona. 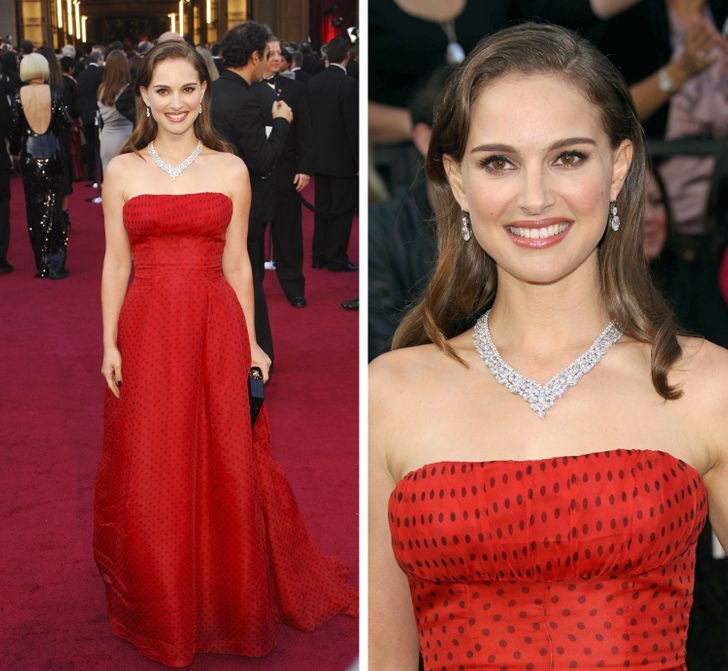 Natalie Portman wore a red polka-dots dress made of organza fabric on the Oscar red carpet in 2012. The actress found this exquisite outfit from 1954 in a vintage boutique in New York called Rare. A year after the ceremony, the dress was sold at auction for $50,000. 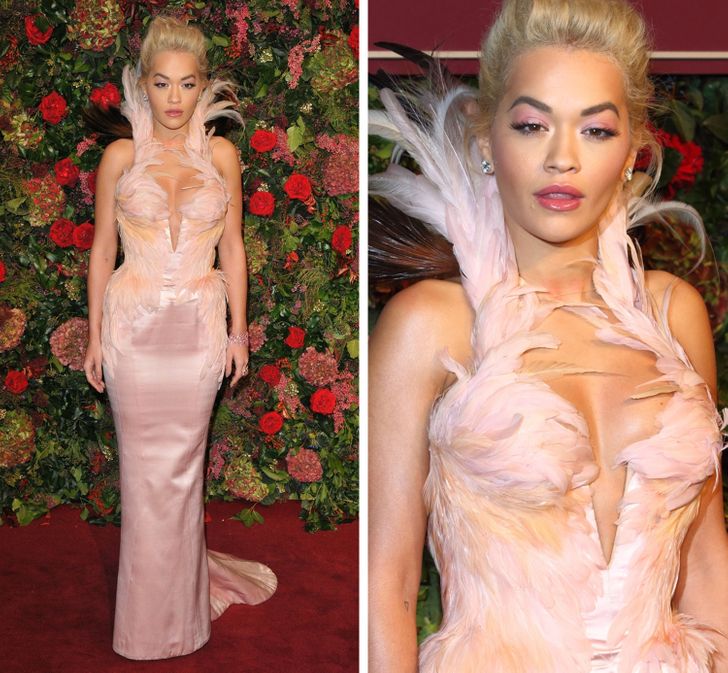 In November 2018, Rita Ora wore an outfit designed by the Thierry Mugler fashion house for the Evening Standard Theatre Awards in London. This pale pink dress, from the spring-summer collection, was created in 1977. 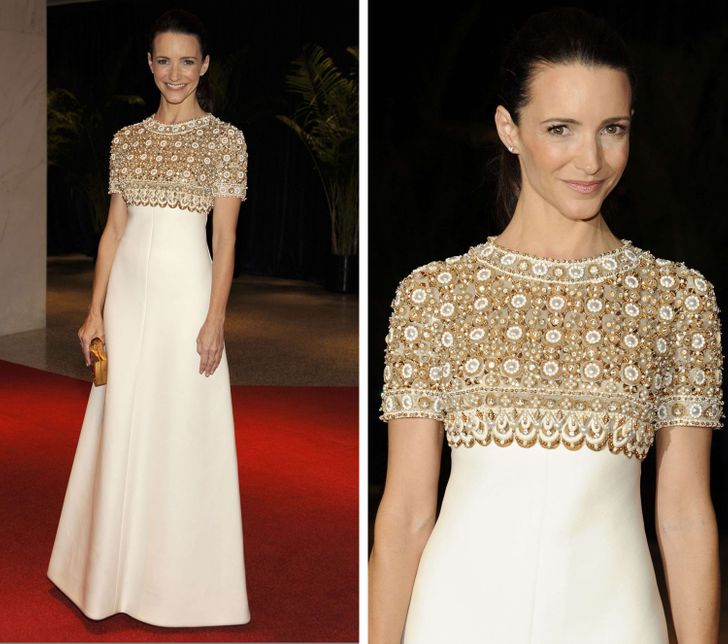 In 2009, the star of the Sex and the City TV series, Kristin Davis, chose a white, sophisticated 1969 couture dress from Pierre Balmain for the White House Correspondents’ dinner pre-party. 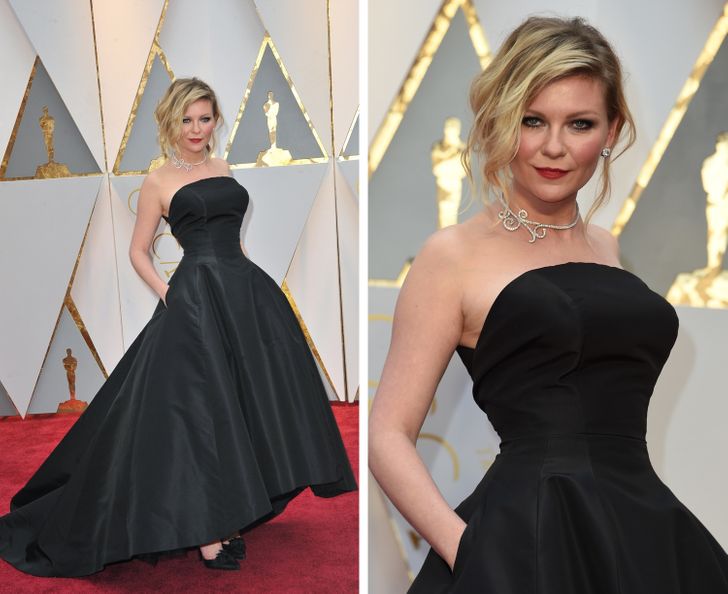 The American actress, Kirsten Dunst, attended the Oscar award ceremony in 2017 wearing a luxurious and minimalist black dress designed by Christian Dior. The outfit was created back in 1952, and finally made its way into the spotlight 65 years later. 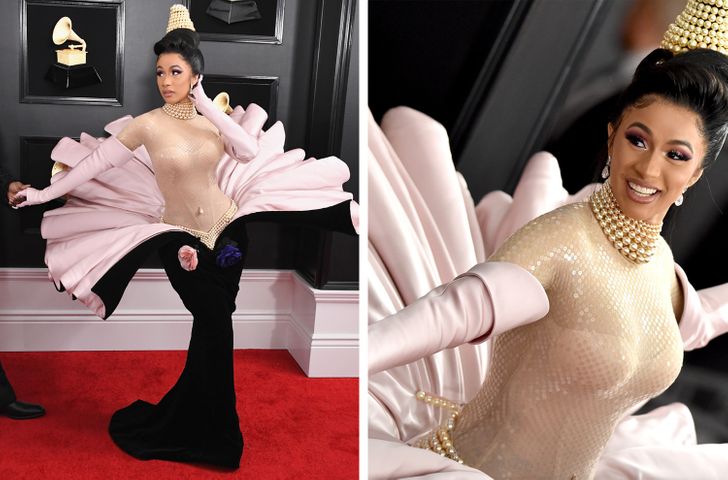 The American singer, Cardi B, chose a real piece of art to attend the Grammy Award ceremony in 2019. This shell-shaped dress by the French designer, Thierry Mugler, was created in 1995-96. The hip-hop singer won the award for Best Rap Album wearing this stunning outfit. 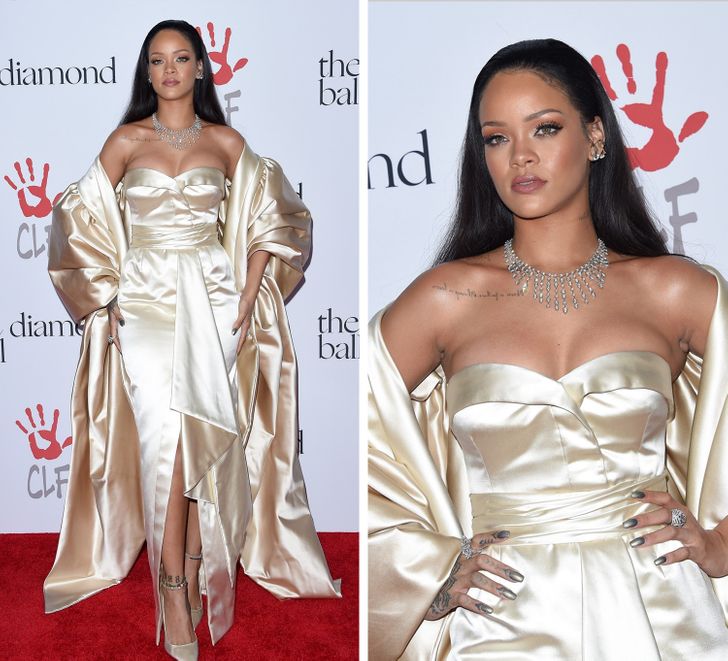 Rihanna is famous for her collaborations with the Dior brand. She created a capsule sunglass collection for this fashion house and often wears Dior clothing on the red carpet and in everyday life. So it’s no wonder that the singer chose this luxurious golden silk dress from the ’50s for the 2015 Diamond Ball. 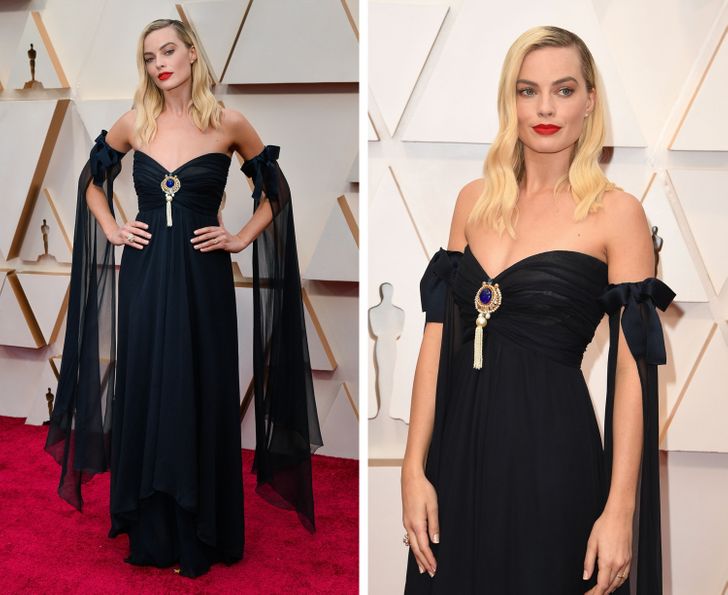 The Australian actress, Margot Robbie, chose a navy blue dress from the French fashion house, Chanel. This elegant outfit, from 1994, was decorated with a huge brooch and silk ribbons on the sleeves. 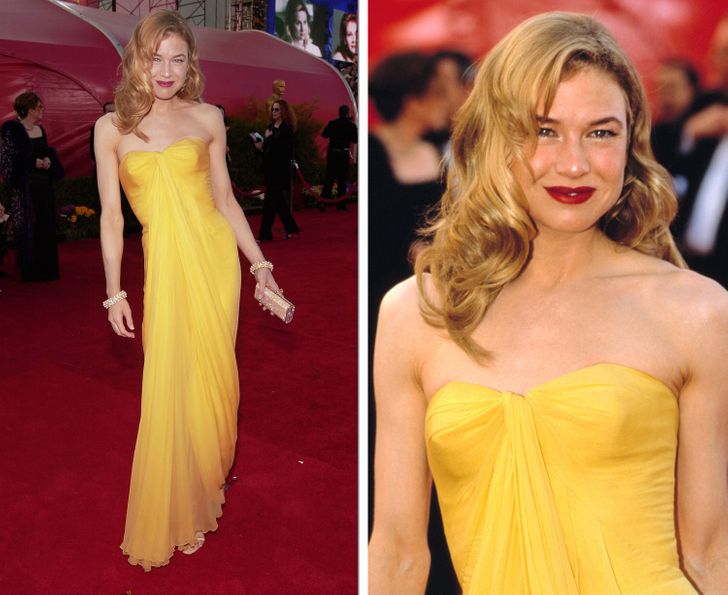 For the 73rd Oscar Award ceremony, Renée Zellweger chose a yellow 1959 dress designed by Jean Dessé, who preferred to work with chiffon and muslin fabrics and created dresses in Greek and Egyptian styles. The actress bought this bright outfit from one of the most famous vintage boutiques in New York called Lily et Cie. 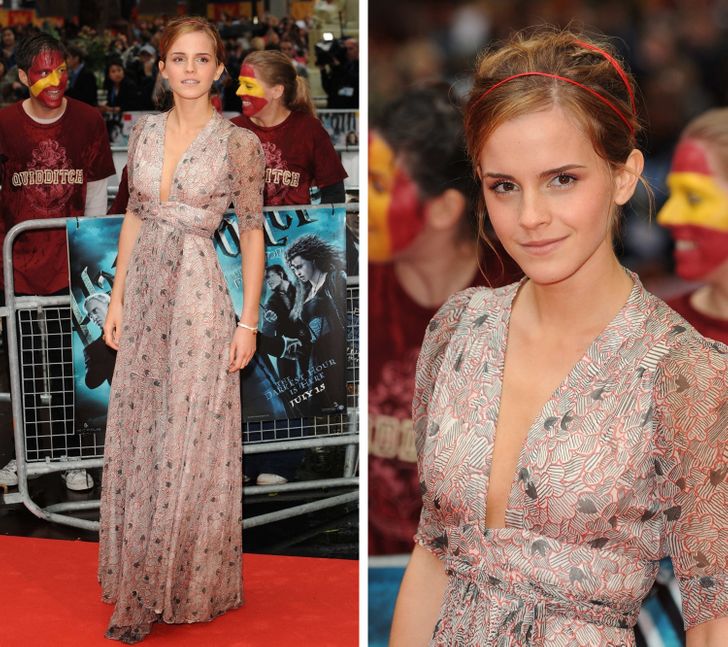 The British actress, Emma Watson, always prefers modest and feminine outfits. And she chose a dress from the 1970s created by the British designer, Ossie Clark, to attend the Harry Potter and the Half-Blood Prince premiere in 2009. 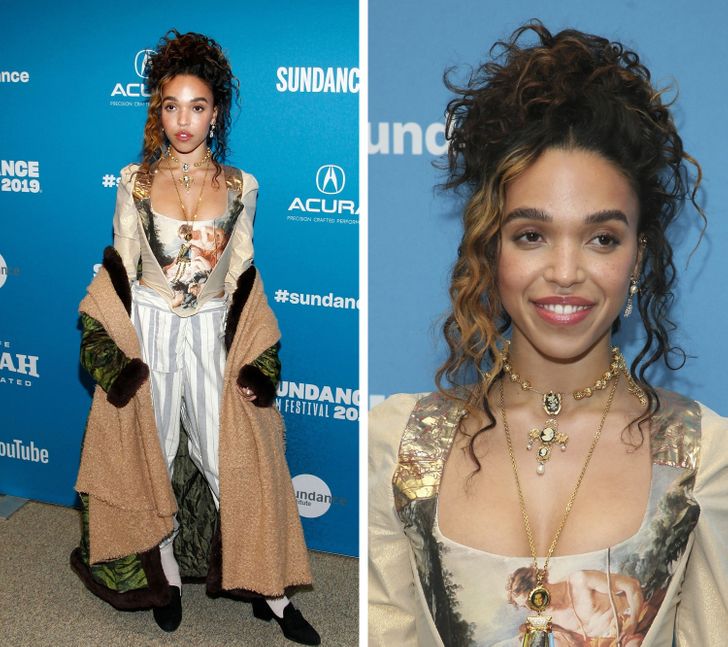 The premiere of the movie Honey Boy, in which FKA Twigs co-starred, took place at the Sundance Film Festival in 2019. The singer attended the premiere wearing the extravagant top created in 1990 by the famous fashion designer, Vivienne Westwood.

Which celebrity outfit did you like the most? And which one would you not want to wear?