10 Kids That Changed the World

It’s no secret that as kids we have more creativity, and we look at the world with wonder and curiosity. As adults, we think we’ve gained the power to make a difference, and we start to look down on those wide-eyed kids with big dreams. But we’re usually totally wrong.

We at Bright Side found proof that age doesn’t matter when we talk about changing the world.

This boy was born in 1997 (when Men in Black came out). He was an ordinary kid until a close family friend died from pancreatic cancer. This inspired Jack to look for a way to identify early stages of cancer.

At the age of 15, he invented a new type of sensor to spot the presence of cancer cells, which proved to be less expensive, much faster (x168), and more accurate (25-50%) than all other tests. As the old story goes, he was rejected by almost 200 labs until he was finally endorsed by Dr. Anirban Maitra at John Hopkins.

In 2013, a 16-year-old Canadian high school student created the Hollow Flashlight, a flashlight that converts body heat into light without any batteries or kinetic energy. She was deeply moved when she learned that a friend in the Philippines had problems at school: there was no light at night, the only time she was free to do her homework.

Ann spent just $26 on her prototype materials, and she aims to provide her gadget for free to people in developing countries.

Alex taught himself to program and soon created the iAid, a handheld navigation device that used GPS and a compass to detect any obstacles and guide blind people in the right direction.

The youngest individual ever to receive the Nobel Prize was born in Pakistan. She lived in a small town ruled by the Taliban, which banned girls from receiving any education or attending school. At the age of 11, she was writing a blog for a local BBC station, voicing her desire for girls to continue studying.

When she turned 15, Malala was shot in the head by a Taliban gunman while she was riding a bus to school. She survived the attack and was sent to a hospital in Birmingham, UK, where she now lives and runs a number of education projects.

Anne Frank wrote The Diary of a Young Girl, one of the world’s most widely known books. Her family went into hiding for 2 years when the persecution of the Jewish population increased, but they were eventually arrested by the Gestapo and sent to a concentration camp.

She died at the age of 16 in a camp just a couple of months before the end of the war. Her diary was published in 1952 by her father and was translated into over 60 languages. She wanted to be a journalist but didn’t survive to witness her diary be praised for its literary merits. 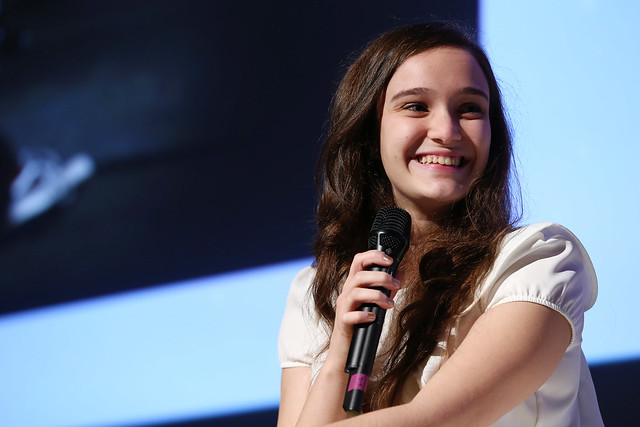 At the age of 16, and after 2 years of research and failed attempts, a girl from Turkey finally developed a process that turns banana peels into bioplastic. This could potentially reduce petroleum-based pollution.

In her journal, she wrote that Thailand throws away 200 tons of banana peels per day, which could be put to much better use. She started experimenting and ended up winning the 2013 Science in Action Award (Google’s $50,000 competition).

A 16-year-old teenager from the Netherlands was shocked to find lots of plastic while diving in Greece. He chose to explore ocean pollution as his high school science project. At the age of 18, he presented a system that uses ocean currents to make plastic concentrate itself, reducing the process of cleaning the ocean from millennia to years.

A number of organizations and companies praised his invention. Boyan is the youngest person ever to receive the UN’s highest environmental award.

You’ve probably heard about the Braille system of reading and writing for the blind or visually impaired. It was created by Louis Braille, a 15-year-old French inventor. When Louis was 3 years old, an eye injury left him blind.

Despite his blindness, he exceeded in his education and got a prestigious scholarship to join the Royal Institute for Blind Youth. There he started to work on a system that would help blind people to write and read quickly, which he presented to his peers at the age of 15.

A 14-year-old teenager made his first robotic hand using LEGO and fishing wire. He didn’t stop there, using 3D printing technology and his mainly self-taught knowledge of robotics to turn his prototype into an affordable and practical device.

As a result, NASA became very interested in his work and invited him to join their Robonaut team. He’s only 17 and has already worked for NASA. That’s a pretty impressive résumé! 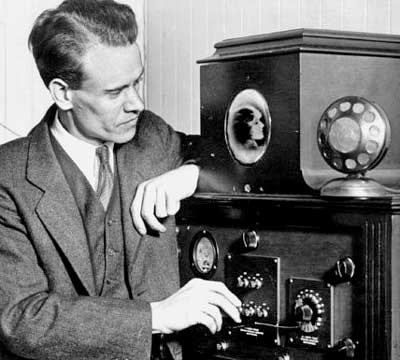 A 14-year-old farm boy who excelled in chemistry and physics once consulted his high school teacher about one particular idea he was thinking about. The idea was so complex he had to draw a diagram on the board, which the teacher copied down to study later.

The boy was encouraged to keep working on his idea. 7 years later, in 1927, Philo Farnsworth developed and patented the world’s first fully electronic television.

9
0
9
1
71k
© 2014–2020 TheSoul Publishing. All rights reserved. All materials on this site are copyrighted and may not be used unless authorized by the Bright Side.