Modern women use a lot of different methods to stay young and fix the things they don’t like about themselves. Some of them decide to have cosmetic surgeries and others get beauty procedures. The most important thing is knowing when to stop, because if you don’t, you might turn into a completely different person.

We at Bright Side decided to compare the photos of famous women before and after certain changes in their appearances, and we can say that beauty procedures and cosmetic surgeries can do wonders sometimes. At the end of the article, there is a bonus for you: you will see what Bella Hadid, one of the most popular models of today, looked like. 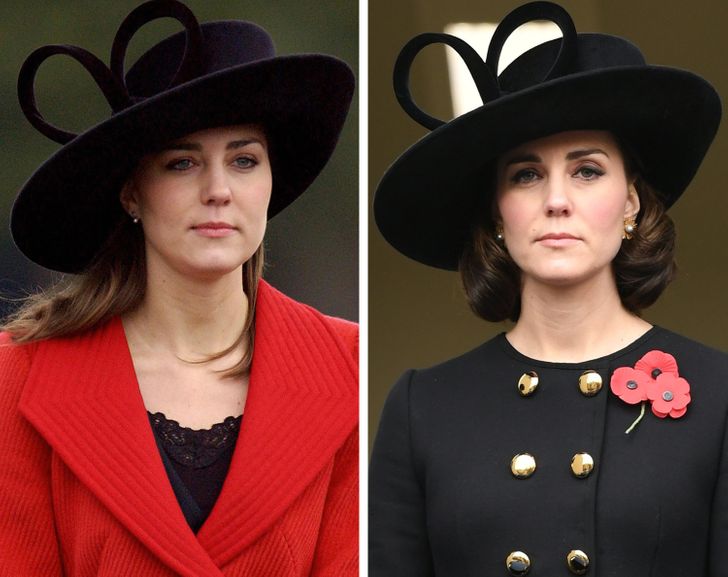 The Duchess is evolving over the years: her skin shines and her facial features have become more delicate. A plastic surgeon says that Kate has only had a blepharoplasty. She is the perfect example of the idea that a healthy lifestyle and regular visits to beauty salons can do wonders. 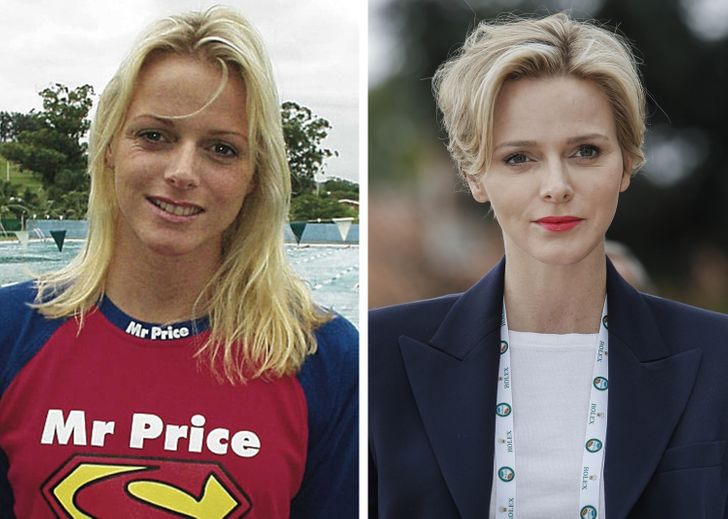 Charlene Wittstock really cares about her appearance, as she should. Over the years, her skin has become smoother. In order to support her beauty, Charlene has a healthy lifestyle and she has had cosmetic procedures, including botox on her forehead. Also, she had a nose job. 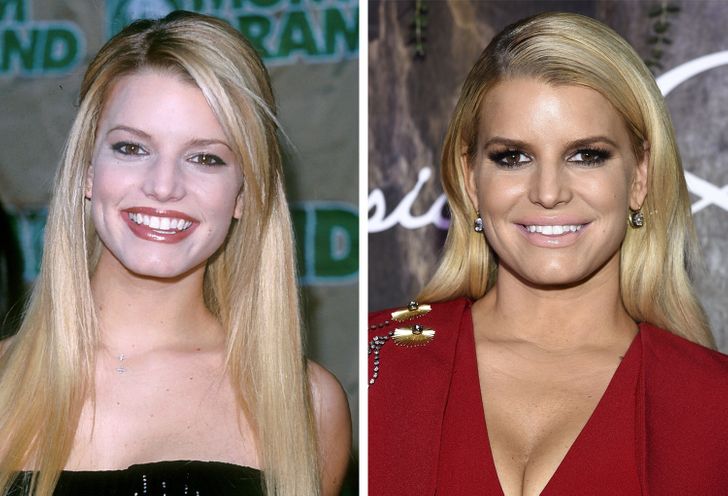 Jessica Simpson once said that she had her eyes filled, but she didn’t like the result. And she was happy that the consequences of the injections disappeared several months later. Cosmetic surgeons also say she’s had botox injections and fillers. 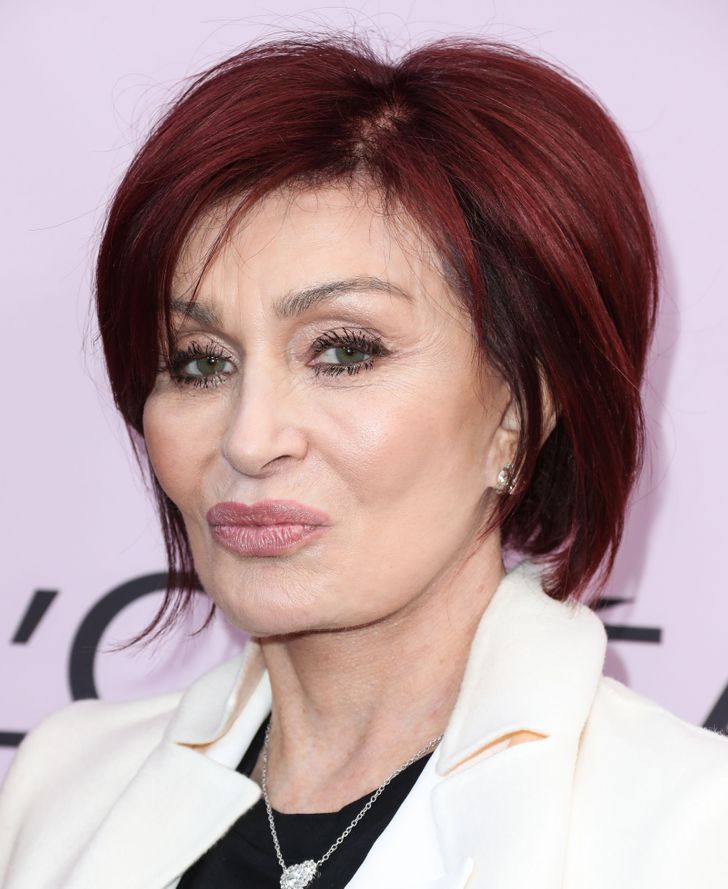 In her autobiography, Sharon Osbourne honestly revealed that she’s had quite a few cosmetic surgeries and other procedures, like facial and body lifts. 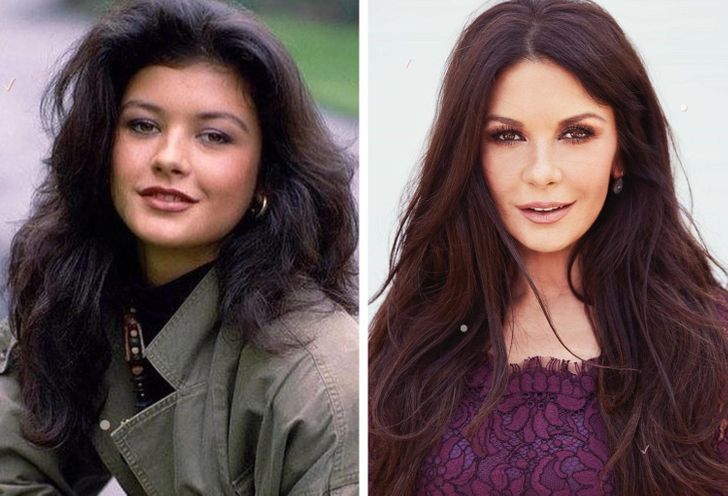 Catherine Zeta-Jones was never against cosmetic surgeries or other procedures. According to her, nobody has the right to judge a person for surgery, if it makes them feel better. At that time, in 2016, the actress had never had any beauty procedures. But now, according to a cosmetic surgeon, Catherine has had injections in her forehead and cheek fillers. 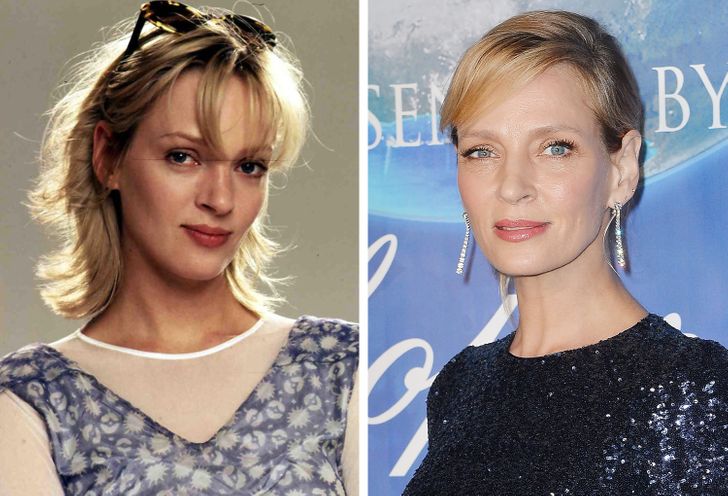 Uma Thurman is 50 years old, but she looks like she’s only 35. She’s never said that she had any cosmetic surgeries, but according to the cosmetic surgeon Miles Berry, she’s had an eyebrow lift and blepharoplasty. 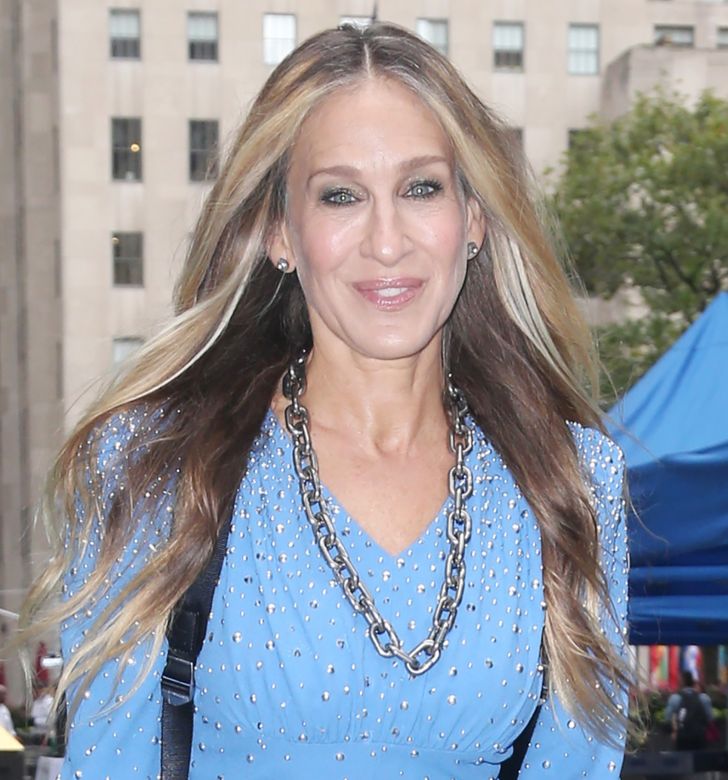 According to Norman Rowe, Sarah Jessica Parker has had botox injections and fillers to remove wrinkles on her forehead and cheeks. Also, you can see that she’s had a mole removed on her chin. 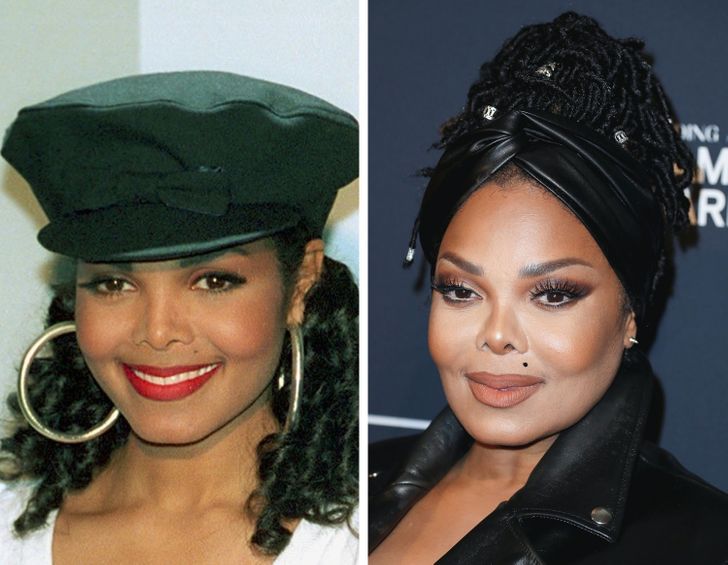 Janet Jackson openly talks about her nose job, but she also says she didn’t have any other changes. However, a cosmetic surgeon says that she’s had facelifts and lifting procedures on her neck, botox on her forehead and eyes, and fillers near her cheeks. 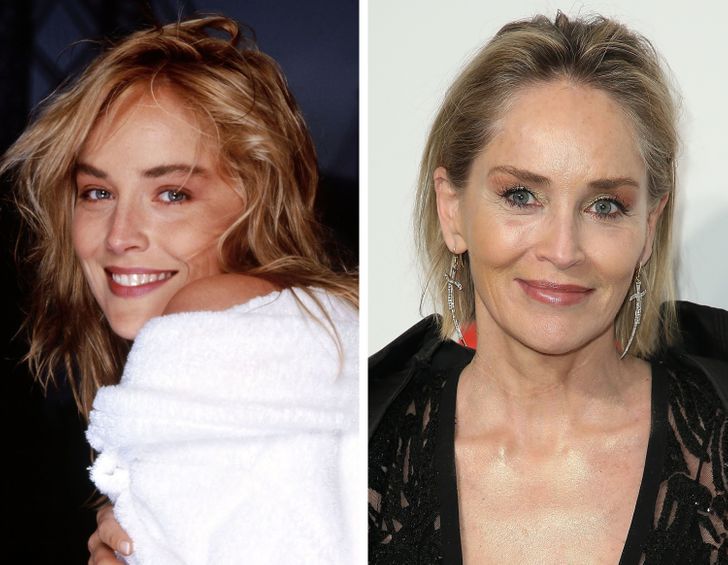 Sharon Stone thinks that she can and should age naturally and that age only makes her more attractive. She doesn’t support the idea of serious cosmetic procedures and surgeries, but she is okay with fillers. According to her, fillers are much better than facelifts. 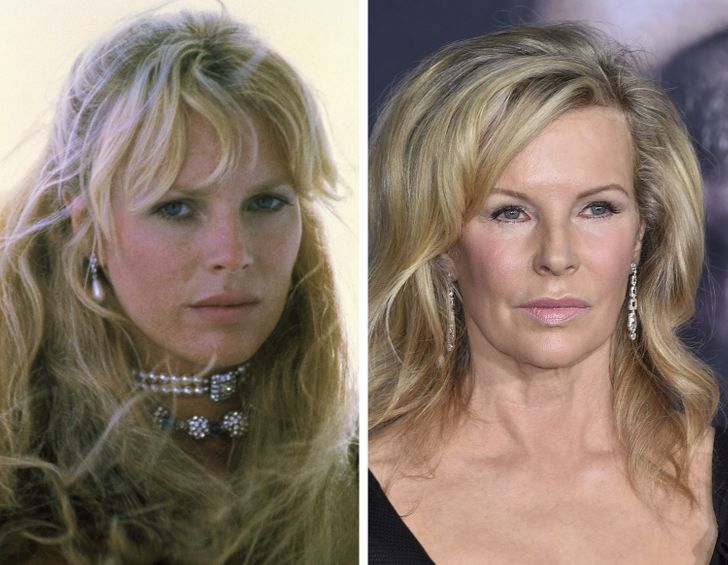 Kim Basinger, herself, hasn’t discovered the secret of youth when it comes to her skin, but cosmetic surgeon Alex Karidis says that she’s had some changes made near her lips and eyelids, she’s had facelifts, and she’s used botox. 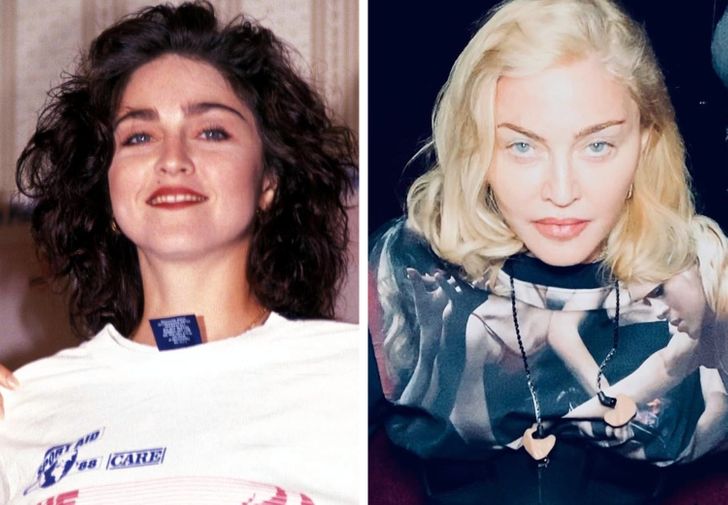 Experts on cosmetic surgery are amazed at how good Madonna’s skin looks. Dr. Bruce Katz says that she hasn’t had any facelifts and instead she has had special procedures called fractional resurfacing. It tightens the skin, takes away wrinkles, and tightens the pores," he said. Also, he says that she’s used botox near her eyes and eyebrows. 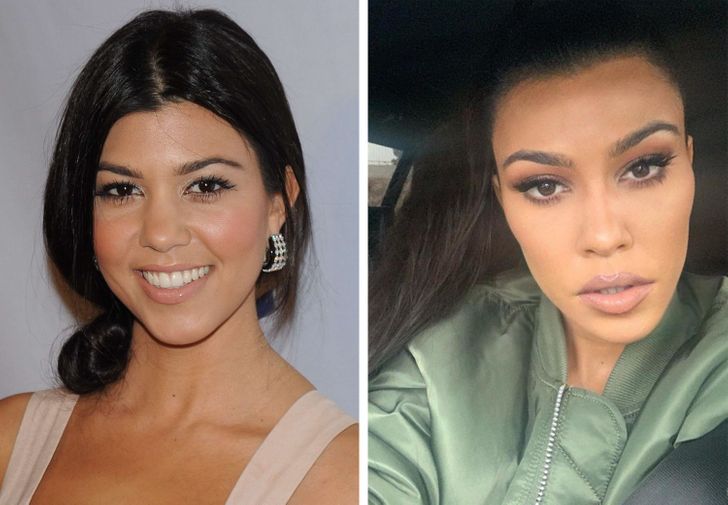 Kourtney Kardashian, just like her sister, has worked with cosmetic surgeons. Dr. Tim Sayed claims that the bridge of her nose became thinner thanks to a hyaluronic acid filler. The surgeon also talks about the botox near her forehead and her eyes, and her eyebrow lifting.

Even young people change their appearances. Bella Hadid is only 23 years old, and according to cosmetic surgeon Dr. Norman Rowe, she’s had a nose job, she made her lips bigger, and used fillers for her cheeks. Thanks to all of these procedures, she has almond-shaped eyes and prominent cheekbones. Of course, her face also changed when she transformed from a teenager into a woman.