13 Everyday Things We Didn’t Think Had a Purpose

The most ordinary things usually have hidden features people don’t know about. Some details may look just like design ideas but they actually have a certain purpose. Even regular items like a microwave oven or a t-shirt can really surprise you.

Bright Side has collected the most unexpected facts about things we all use every day. 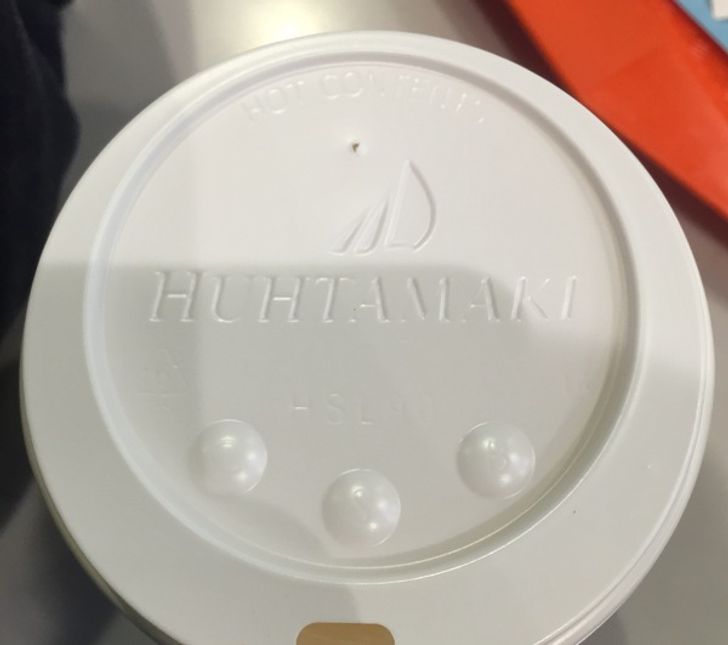 If you take a closer look at the lid of a coffee cup, you’ll see a little hole on it. Such holes act as insulators for the heat from the beverage. The hot steam has to escape so that it can’t dislodge the lid. If you notice this hole, it means that it’s impossible to get a burn.

Small buttons on lids also have a purpose. In fast food restaurants, soft drinks are made in advance and covered with lids to keep beverages hot. These buttons help restaurant workers understand what’s in a cup, whether it’s tea, coffee, or cappuccino. Near each button, there’s a name of a drink and if it’s pushed, there’s no need to check what’s inside.

12. The magnetic locks on fuel hoses at gas stations 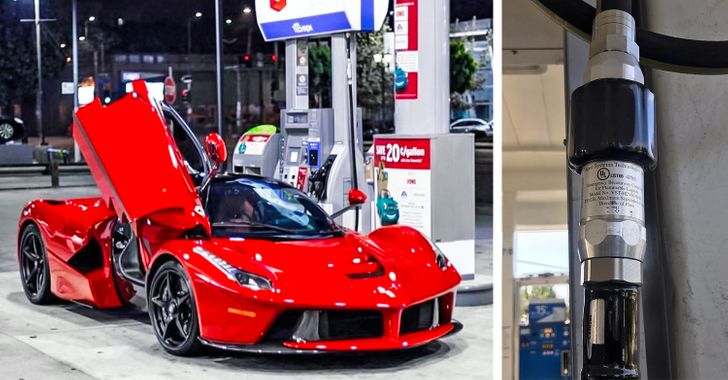 Sometimes drivers forget about the hose and drive away with the nozzle still in the car. Thus, gas stations face significant losses. To prevent the dispenser damage and keep the fuel from leaking, such magnetic nozzles have been created. After a drive away incident occurs, the fuel marketer can reattach the breakaway device and get back in operation as quickly as possible. 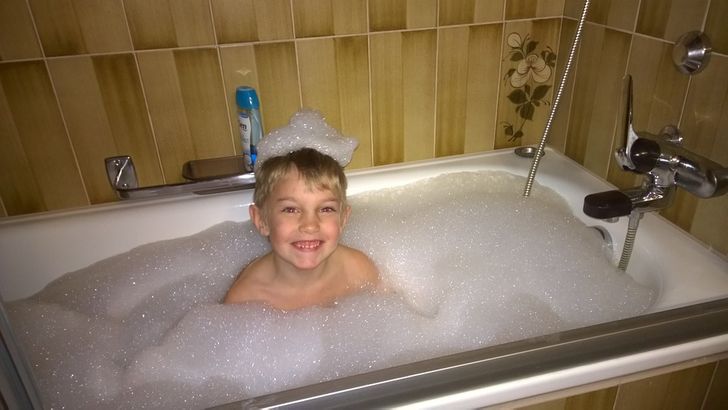 Bubbles aren’t just nice, they’re also useful. They act as a heat insulator. Hot water without bubbles gets colder faster as nothing reduces the heat loss through the top surface. But this trick works with modern acrylic bathtubs only. In other cases, the temperature of the water drops fast no matter if there’s a layer of bubbles or not. 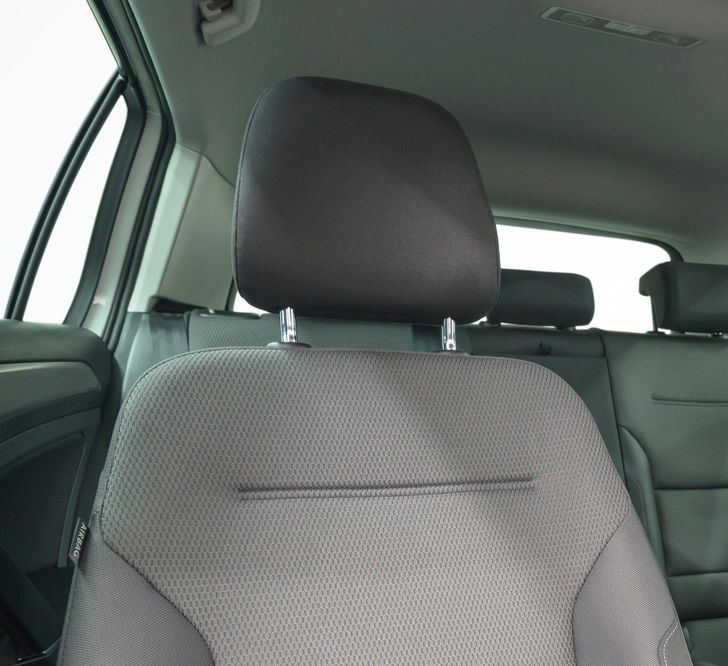 Headrests stop the backward movement of the head in case of hard braking or an accident. In other words, this device saves us in addition to airbags and seat belts. But headrests also have a hidden function.

If you find yourself locked in a car, you can get out with the help of a headrest. You have to take a headrest off and push one of the pegs from the headrest attachment down into the space where your window retracts, just where the seal is. Jam it down in there a few inches, and then pull the headrest toward you. The method is depicted here. 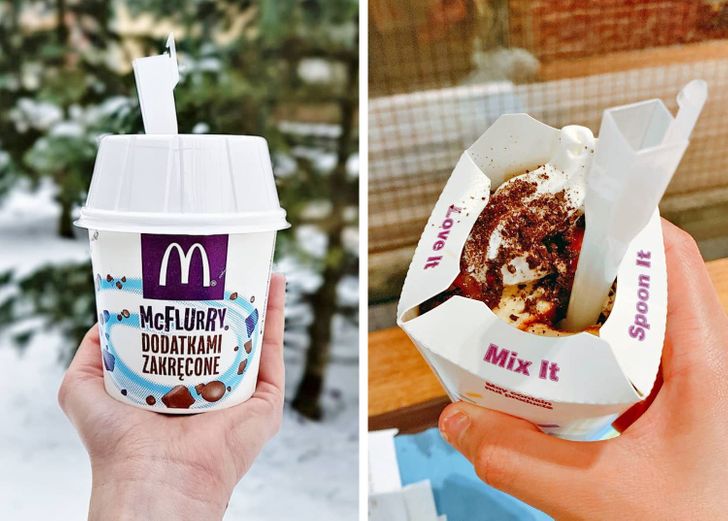 The shape of McDonald’s ice cream spoons poses many questions: Why are they square? Why do they have hooks? It turns out that its design is not for clients’ convenience. The spoon hooks directly onto the machine, which then spins it around to mix the ice cream toppings through the dessert. Thanks to this invention, workers spend less time on making the desserts and they don’t have to wash the machine as often. 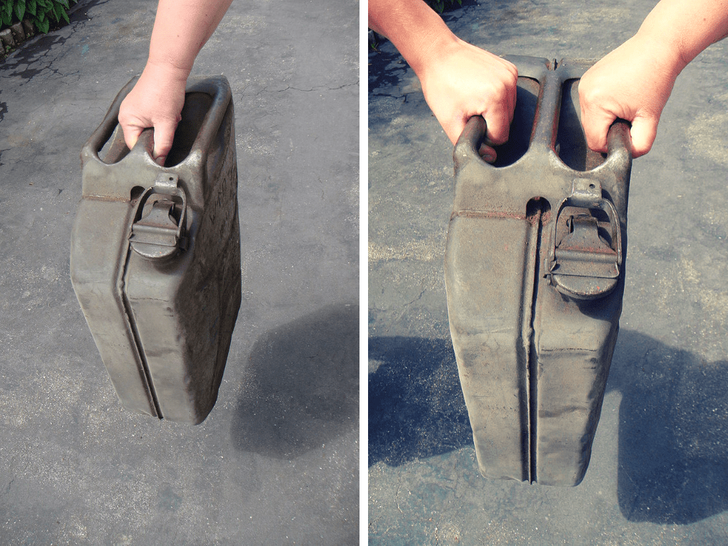 Have you ever thought about why containers have 3 handles? To answer this question, we have to go 90 years back. Canisters were designed by German engineers for military use. There was a rule: a soldier could carry either 2 full or 4 empty containers. What’s more, is 2 soldiers could carry 1 heavy container. To distribute the weight evenly, the triple handles were fitted. 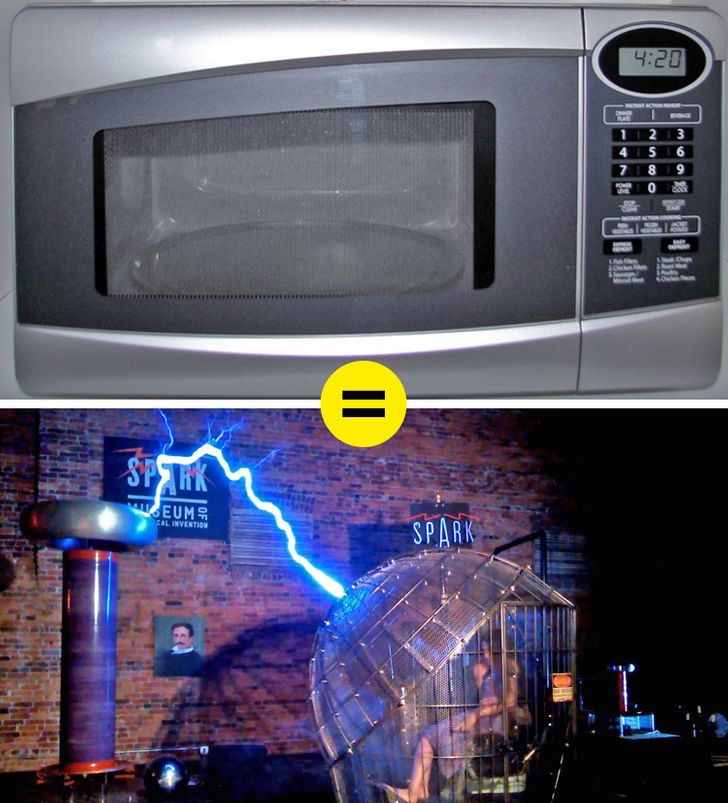 Each microwave door has a black film which is really important. It serves as a shield and is called a Faraday cage. It’s an enclosure used to block electromagnetic fields.

In the picture, you can see people locked in a Faraday cage. A powerful electric charge strikes from outside but doesn’t harm the people — it can’t get inside. The microwave shield works the same way: electromagnetic radiation simply can’t get out. So you don’t need to wear a tin foil hat. 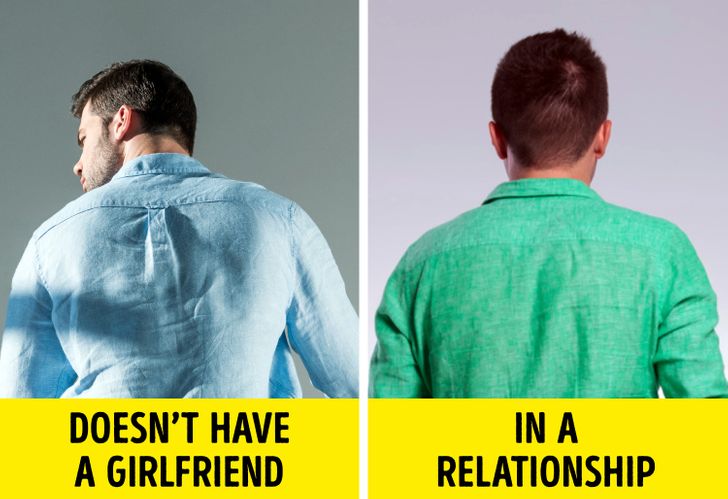 The loop on the back of some button-down shirts was introduced in the 1960s. A shirt could be hung up on “locker pegs” to avoid creasing. But these loops had a secret too.

In the past, American students used to snip off the loops to indicate that they were in a relationship and people around could see that a gentleman wasn’t “free” anymore. 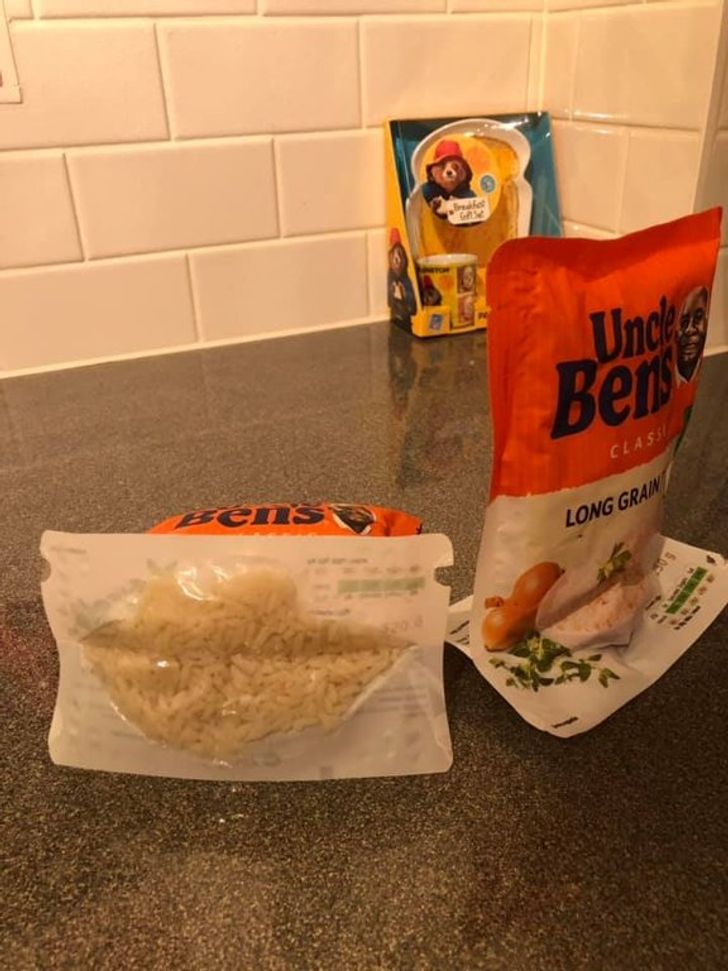 Microwaveable rice pouches have tabs at the bottom that you can open to stop them from falling over while cooking. 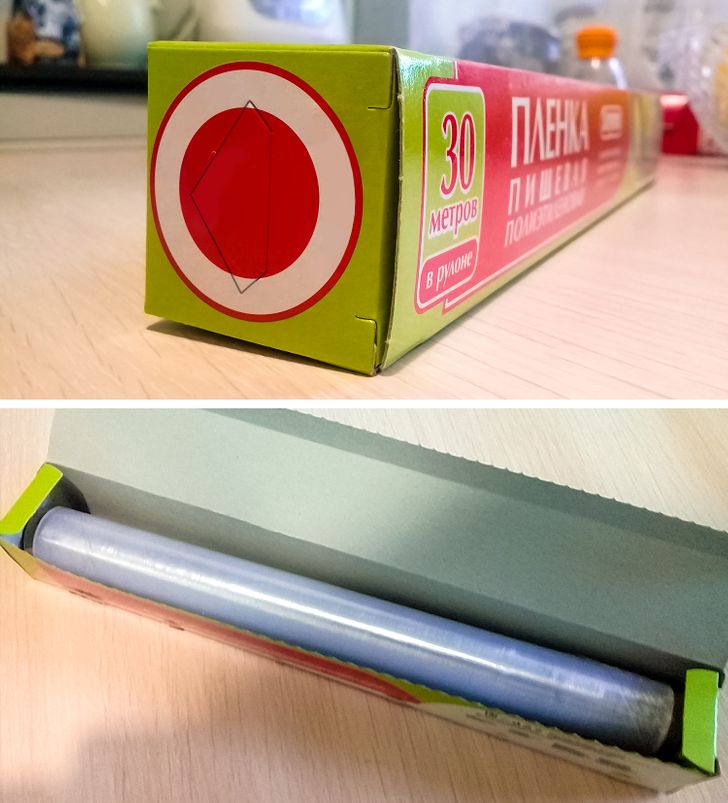 There are flaps on the ends of foil or food wrap packaging. They were designed for our convenience. If you push this flap, the roll will be securely fixed inside the box and it’ll be easier to take as much wrap as needed. 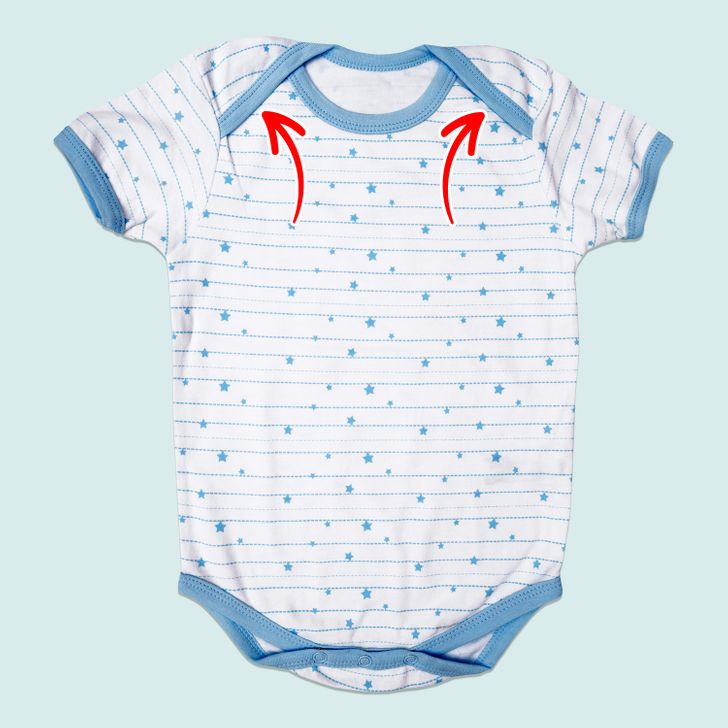 Moms and dads know that it’s rather challenging to change babies’ clothes. But kids’ clothing manufacturers know how to make young parents’ lives easier. If you think that those shoulder flaps were designed to help parents put the bodysuit on faster, you’re mistaken.

These flaps are actually useful if you want to easily get a baby out of a messy onesie. They help you pull the onesie downward, over the baby’s legs rather than over their head. 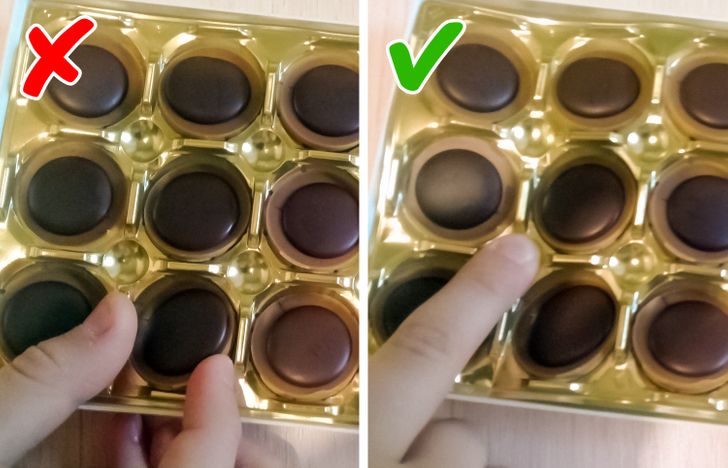 For those who are tired of extracting chocolates from boxes, chocolate manufacturers have designed a cool life hack. Push the hole right near the candy and it’ll jump out easily. 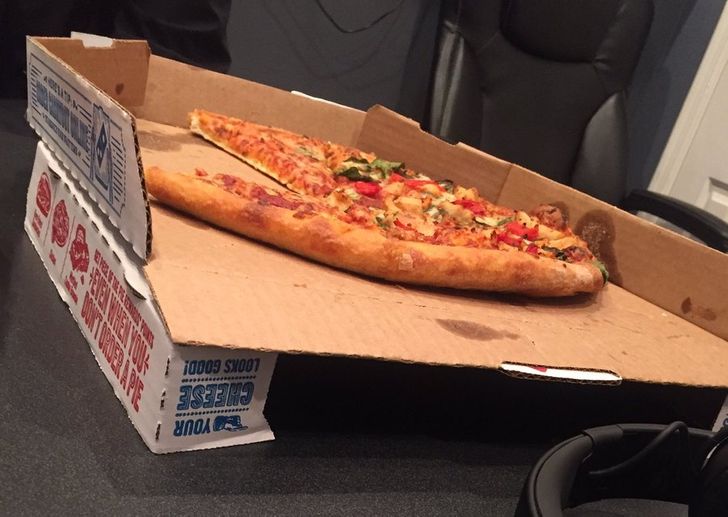 Here’s another discovery made by Twitter users. A pizza box may be used as a stand. You just have to fold the box the way it’s depicted in the photo.

We have to admit that the trick with chocolates surprised us a lot. Which secret function amazed you the most?