© 2014–2021 TheSoul Publishing.
All rights reserved. All materials on this site are copyrighted and may not be used unless authorized by the Bright Side.
40121-

19 Cool Kitchen Utensils That Can Make Cooking Much Easier

A Single Mom of Six Gave Birth to Eight Kids at Once, Here’s What a Day in Her Life Looks Like

10+ Images That Hide More Than What We Really Can See

A New Study Suggests It’s Okay to Leave Your Babies Crying, and Here’s Why 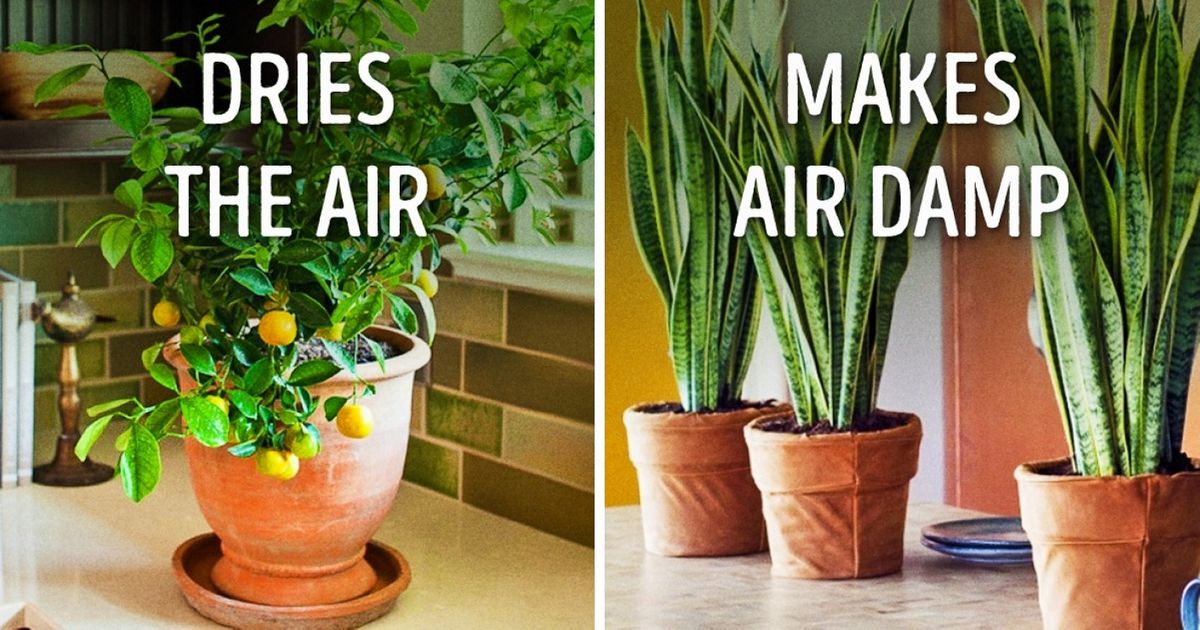 10 Plants That Create the Perfect Microclimate at Home

Many people aren't aware of the incredible abilities of ordinary household plants to improve the microclimate in their homes. Plants help create a cleaner atmosphere, stabilize the air humidity, and provide oxygen. Such things are highly important for making a house safe for both children and those who suffer from allergies.

Here are ten incredible plants that can help improve your home's microclimate.

Sometimes called "women's happiness," the belief exists that this plant will bring happiness and love into your home. Spathiphyllum not only sucks up excess moisture, thereby normalizing the climate in your home, but also destroys mold spores. It will be most healthy if the temperature is kept around 18°C.

Out of 100 different types of plant, people usually choose to grow the Arabic or Congolese coffee shrub, which provide various sorts of Arabica and Robusta coffee. They bear fruit only in their fifth or sixth year, so it's best to buy a fully grown one. These plants require a good watering as well as a certain degree of shade. They're great at absorbing excess moisture and filling the air with a wonderful tropical smell when they flower.

Myrtus is a symbol of peace and pleasure. In the past, people believed that this plant was sacred and that it was able to give old people their youth back and provide travelers with energy and good spirits. Today, we can say for sure that it has a different, but still beneficial, set of qualities. It not only restores a healthy microclimate to your home but also cares for your health: the phytoncides given out by the leaves and flowers of Myrtus help to kill off microbes in the air.

Laurus was once loved by herbivorous dinosaurs who resisted attacks from predators only weakly. In this way, having chosen some easy prey, the predator earned himself dinner with seasoning already thrown in. People have long considered Laurus a symbol of glory, victory, and majesty. The plant is native to the subtropics, which is why it loves moist air, shade, and a generous amount of warm water. Absorbing the moisture from the air, it helps create a normalized microclimate at home. What's more, its leaves can be dried and used in cooking.

The lemon tree is a wonderful plant in all respects. When it flowers, it fills the air with a magnificent citrus smell, and at the same time it absorbs excess moisture from it. Its leaves provide a huge number of curative substances, sterilizing the space around it. The lemon tree loves being bathed in sunlight, regular watering, and dry soil.

In Japan, Chamaecyparis is considered a sacred tree. It is believed that the souls of the dead and of gods settle inside them. This evergreen plant freshens up your home, providing it with moisture, and it also helps get rid of dirt. It even eases symptoms of migraine and headache. In return, it requires a lot of shade and regular watering.

This plant can do wonderful things. It freshens up the air, produces a huge amount of oxygen, and neutralizes harmful fumes produced by synthetic materials. It's also easy to care for: because it retains moisture in its leaves, it doesn't require much watering. It will happily set up home in any corner of your house or apartment.

Ficus is the most popular houseplant. It provides moisture to the air, fills it with oxygen, neutralizes toxins and viruses, and with the help of its wide leaves scoops up a lot of dust. It grows best in homes with a lot of space, and it also requires shade. One of the more common variants of it is the weeping fig or Benjamin fig, named in honor of a British botanist and considered a symbol of the capital of Thailand, Bangkok. It's low maintenance, grows quickly, and doesn't like drafts or excessive watering.

The cissus quadrangularis behaves much like ivy - it quickly envelops any supporting structure with its leaves as it grows towards the light. It easily adapts to dry air, gradually providing it with moisture, but it does need a lot of shade and a regular moisture shower.

This is a talented plant, not a single variety of which looks alike. Kalanchoe is native to Madagascar, and it is best suited to buildings with dry environments. It accumulates moisture in its leaves and helps regulate the climate in your apartment. It shouldn't be given too much water, but it does need to be left in a place where it can get a lot of sunlight.