© 2014–2022 TheSoul Publishing.
All rights reserved. All materials on this site are copyrighted and may not be used unless authorized by the Bright Side.
7-13-

10 Celebrities Share Pics From Their Childhood, and You Can See How They’ve Changed

18 People Whose Unique Body Features Made Us Gasp in Astonishment

Engaged After 3 Weeks of Dating, Cate Blanchett’s Love Story Proves Anything Is Possible When It Comes to Matters of the Heart

8 Celebrities Whose Kindness Can Beat Anything 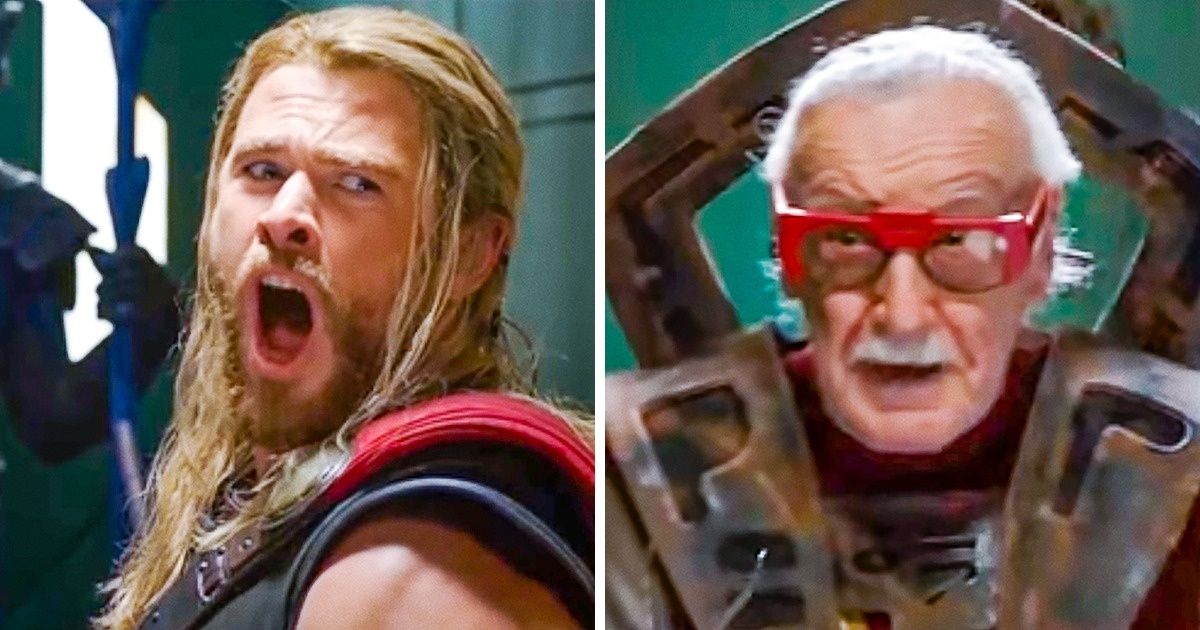 Have you ever had a friend with overprotective parents? We’ve all met someone like that, and hopefully, it wasn’t you!

Well, Stan Lee, the creator of the Marvel universe, was like that overprotective father: he always kept a close eye on the superheroes he gave life to. If you watch any of the Marvel movies, you will surely see him appear at the most unexpected moments!

We at Bright Side pay tribute to this comic book legend.

For some strange reason, Tony Stark confuses Stan with Hugh Hefner, the creator of Playboy magazine.

Here we see how a young Daredevil teaches Stan about the dangers of distracted walking.

In this movie, Stan Lee appears as a mailman, a character he created in the comics.

Some years ago, Daredevil tried to teach Stan the dangers of being distracted, but apparently, that was not enough, and this time it was Spider-Man’s turn to save him.

© Guardians of the Galaxy / Marvel Studios and co-producers

In Guardians of the Galaxy, Rocket Raccoon caught Stan flirting with a woman on a distant planet.

It seems that after the episode with the extraterrestrial woman, Stan liked the taste of single life. Now he works as a DJ in a bar for adults.

Imagine this: one morning you are watering your plants peacefully and in the next moment, the water in the hose goes out of control and the cars on the street begin to float. I think we would all end up with an expression very similar to that of poor Stan.

In this movie, Stan Lee plays a wedding crasher who is turned away at the entrance.

In another episode of “Stan Lee’s Life of a Bachelor”, we find him as a very enthusiastic judge in a beauty contest. At this point, we could expect anything from him.

How many people have the honor of meeting Thor? Surely, very few. But how many can say that they cut their hair using an alien shaver? Only Stan Lee.

It’s already the third time that Stan Lee is distracted! At least this time he didn’t put his life at risk because of it, he just missed a multi-dimensional battle between sorcerers. An everyday occurrence...

© Guardians of the Galaxy Vol. 2 / Marvel Studios and co-producer

Lee’s cameo in this movie has him wearing an astronaut suit as he sits and tells stories to 3 mystical creatures.

In this 3D computer-animated superhero film, Stan Lee plays a retired superhero. After surrounding himself with people with superpowers, he was inspired to become one of them.

And now, a small bonus: Stan Lee was also talented at doing impersonations. Doesn’t he look like Grumpy Cat?

What was your favorite cameo? Also, tell us in the comments which scene in Avengers: Infinity War Stan appears in!