© 2014–2022 TheSoul Publishing.
All rights reserved. All materials on this site are copyrighted and may not be used unless authorized by the Bright Side.
1-2-

16 Pics We Went Cross-Eyed Over Trying to Decipher

15 Daily Struggles That Every Parent Can Relate To

15 Baby Must-Haves You Can Buy on Amazon Right Now

19 Weird Things People Found That Would Baffle Anyone 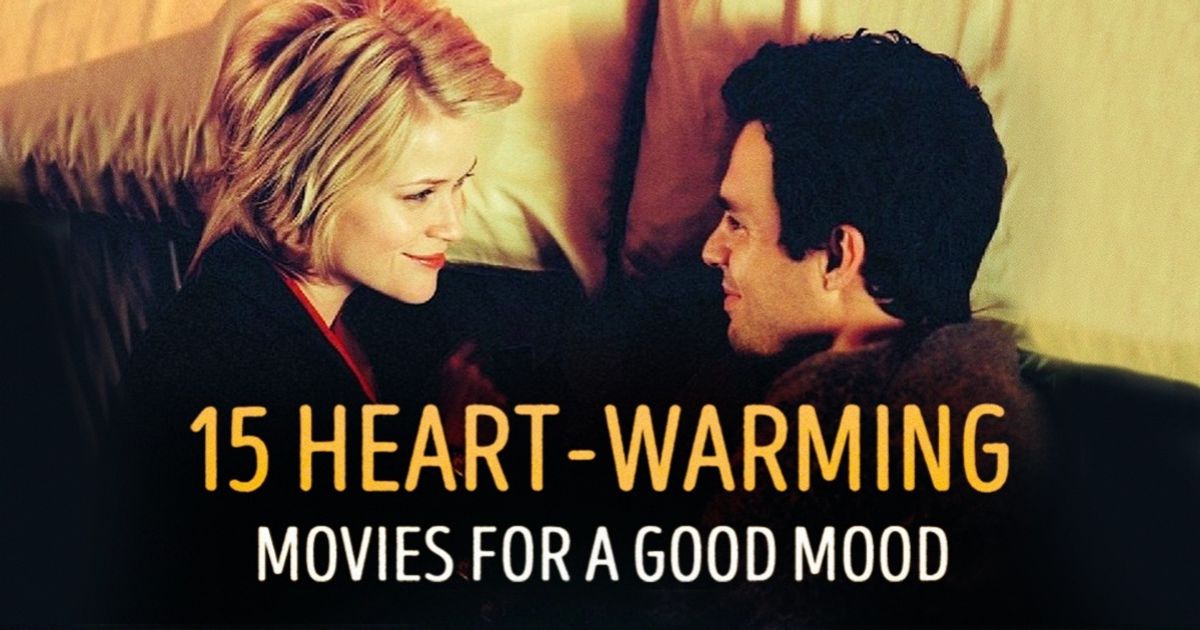 15 heart-warming movies to put you in a good mood

The weekend is on the way, which means that you can get comfortable on the couch and turn on a good, heart-warming movie.

Bright Side put together a list of movies that are a dream to watch with your nearest and dearest.

Two unacquainted women, Iris and Amanda, are going through difficult times. Iris is in love with a man who loves another woman, and Amanda reveals that her boyfriend cheats on her. Caught in similar situations, they decide to swap houses for two weeks. On holiday, the women find in each other’s lives what they lacked in their own. This is a great movie about the power of love and the way it changes people.

Stanley is a shy and timid bank clerk who never had luck with girls. As luck would have it, a magic mask falls in his hands; once Stanley puts it on, he turns into a hilarious and impudent cartoon creature. He can easily get acquainted with the girl to whom he wouldn’t dare approach before, or he can act like a buffoon and play musical instruments in front of the police. All would be fine and dandy, if it weren’t for the other people who want the mask.

Juli Baker saw her new neighbour Bryce Loski and instantly fell in love with him. But the boy, conversely, immediately begins to dislike his new "friend". Juli tries to put Bryce at ease, considering that only shyness prevents him from responding to her feelings. But Bryce simply wants this girl to leave him alone. Later on, Juli realizes that Bryce isn’t as nice as she thought. The boy eventually comes around and notices that Juli is special.

A young girl named Sophie is about to get married, and she wants her father to walk her down the aisle. But there’s just one problem: she doesn’t know who her dad is, as her mother never told her anything about him. Soon, Sophie finds her mother’s diary, where she describes three separate relationships with three men. Sophie is determined to find out who her real father is and decides to send invitations to all three to find out which one is her real dad.

In October 1957, the Soviet Union launched the first satellite named "Sputnik", for the first time in the history of mankind. This event made a lasting impression on a boy named Homer, who decides to build his own rocket. The friends and teacher of the boy help him in his endeavour, but Homer’s father strongly opposes his aspirations. Despite everything, the boy does his best to make his dream come true.

The Perks of Being a Wallflower

A quiet and shy guy named Charlie enters college in Pittsburgh, Pennsylvania, but he has no idea what awaits him there. Charlie changes before our eyes: he grows up, changes his social circle and turns from an introverted young man into a real playboy and partygoer. The film is based on the novel by Stephen Chbosky.

After settling in his newly-rented apartment, David meets a young woman, named Elizabeth, who claims to be the owner of his apartment. The guy decides that there was some misunderstanding and even changes the locks, but that didn’t stop the beauty, as she can walk through walls. While David and Elizabeth are trying to find out the causes of what is happening, they realize that they are in love.

Kathleen and her little daughter Zoe dream of owning their own house. On Christmas Eve, they casually get acquainted with a rich and successful businessman named Sam, who can’t seal a deal with an influential partner because the latter doesn’t like bachelors. And Sam is a bachelor. He suggests to Kathleen and her daughter to pretend to be his family for a good fee.

10 Things I Hate About You

A strict father sets dating conditions for his daughter: Bianca will go on a date only if her sister Catherine agrees to meet the guy, too. After Cameron — the boyfriend-to-be of Bianca — hears of this, she decides to help his beloved Bianca and finds a boyfriend for her sister. Cameron finds the school bully, Patrick. Surprisingly, he courts Catherine in a romantic, albeit unique way.

The Secret Life of Bees

It’s 1964. A teenager, Lily Owens, lives without her mother and doesn’t get along with her dad. After yet another family quarrel, the girl decides to run away from home with her African-American maid Rosalyn. The fugitives go to the city of Tiburon, where they meet a good-hearted woman named August. She is engaged in bee-keeping and sells honey. The film touches on important several important topics, such as widespread discrimination against black Americans in the 60s.

The movie tells the story of two teenagers in love, Gabe and Rosemary. They walk around their native city all day long, talk about everything and nothing, have fun and make plans for the holidays. In general, they behave like typical teens in love. It’s a wonderful movie that allows you to completely switch off from reality and remember bygone days.

There has been a special way of life in a small provincial town for a long time. Locals live by strict rules, go to church and they aren’t interested in other people’s lives. Everything changes when a nice beautiful lady named Vianne comes to the town with her daughter Anouk. They open a small shop and sell homemade chocolate. And then the morality of the citizens comes under threat.

A young man named Tristan sets out in search of an amazing gift for his beloved — an actual star fallen from the sky. He eventually discovers that the star he so wanted to find is a young girl with a bold personality. And she has no plans on becoming a gift for Tristan’s lover. But Tristan is not the only one looking for this girl — some powerful witches and princes are, too.

Father of the Bride

While a wedding is a great event for the bride and groom, it can be very pricey for the newlyweds’ parents. George, the father of the bride, not only parts with his beloved daughter but with a considerable amount of money as well, and he also has to put up with the relatives of the groom. This funny comedy is a great film for the whole family.

Alex and Nancy spent a long time looking for a dream home and finally found it — a cute two-storey duplex. But they aren’t the only ones who live here: an old lady also does. At first glance, she seems harmless; but eventually she tries to get them evicted! Alex and Nancy’s life turns into a nightmare, and they start coming up with a plan to get rid of the old lady.