13 Androgynous Celebrities That It’s Hard to Not Look At

Androgyny is the idea of people having both female and male qualities in their outward appearance. Many androgynous people think that they’re somewhere in the middle between a man and a woman. Celebrities that have such appearances are like chameleons in that they can easily become a character of the opposite sex or transform into a fantasy character without using a lot of makeup. Additionally, fashion trends of today are great for androgynous people because unisex pieces are becoming more and more popular. 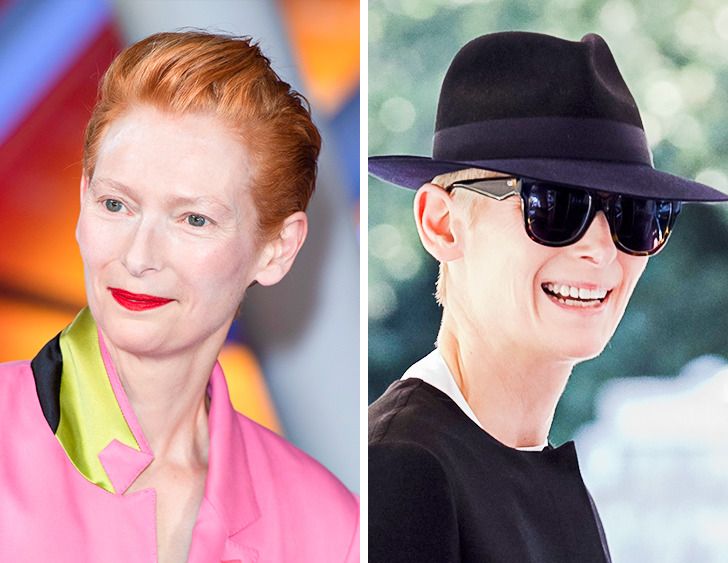 Tilda Swinton is the master of transformation. Her pale skin is perfect to play a vampire, her unusual face can play a wizard, and her androgyny can help her transform into a man on the outside. Directors trust Swinton with the most complex characters that not every actress would agree to portray. And her fans always expect the unexpected from her. 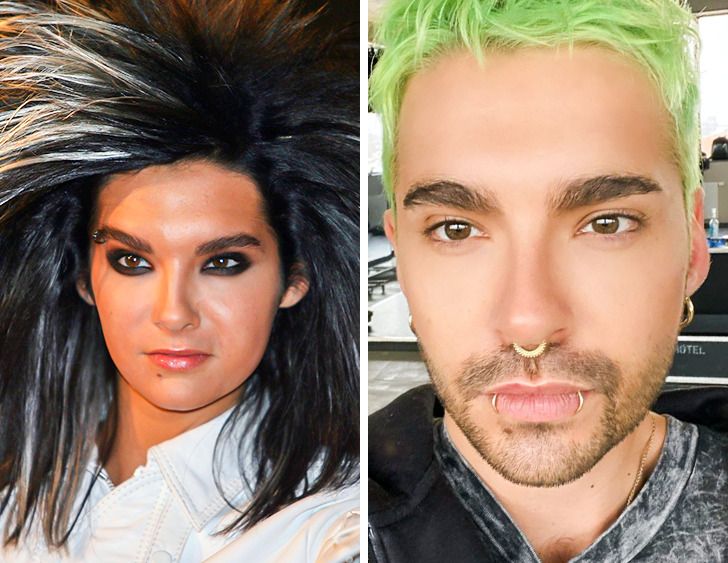 Tokio Hotel frontman Bill Kaulitz became famous back at the beginning of the 2000s. Kaulitz’s image was so controversial that many people thought he was a girl. With hair that looked like a skunk tail along with his bright eyes and cute face, he became quite popular. But even today, he surprises people with his appearance thanks to his outfits and makeup. The musician also has a twin brother whose appearance didn’t stop him from becoming Heidi Klum’s husband. 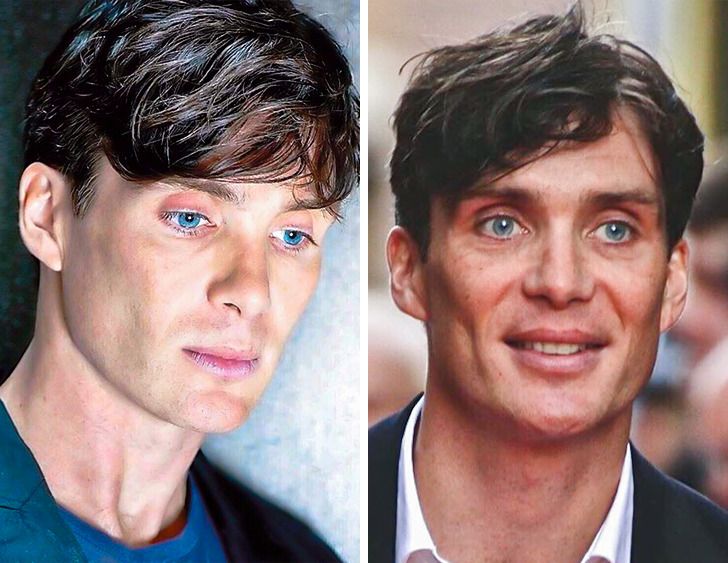 Critics say that Cillian Murphy is a chameleon. And there’s a good reason for this: he can easily transform into a transgendered person or an attractive, maniac terrorist. With bright eyes that any girl would love to possess along with his prominent cheekbones and plump lips, he’s always been a great choice for any of the movie roles he’s had in the past. 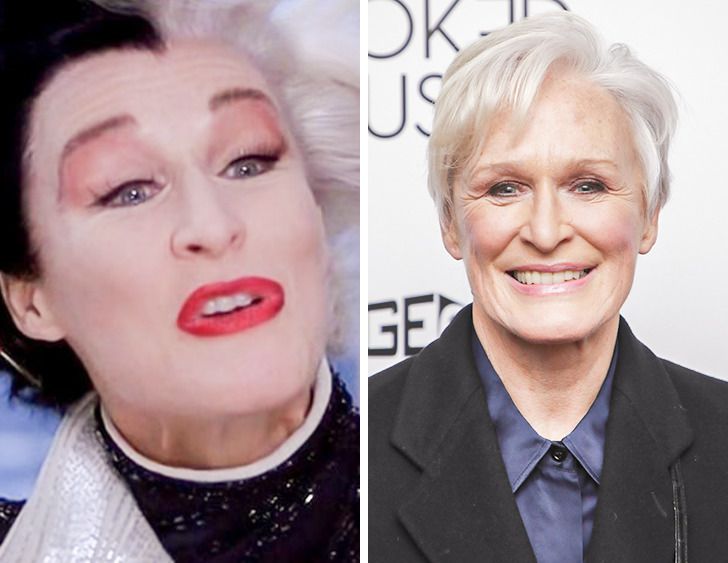 The children that grew up in the ’90s remember Cruella De Vil. This is the role that made this actress very popular. In a different film, she portrayed a girl that pretended to be a man. Some people think that Close looks a lot like the late actor, Robin Williams. We agree that this is close to the truth. 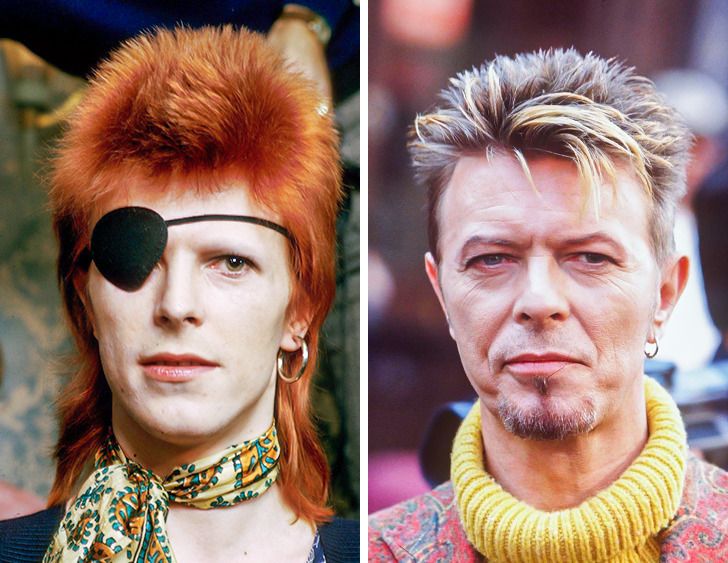 The extravagant David Bowie loved to wear androgynous looks with the help of bright makeup, women’s dresses, and high-heeled shoes. His over-the-top behavior also made the image more unusual. This is why Bowie didn’t look like anyone else and became a legend in the music world. And in 2013, he made a video for his song, “The Stars (Are Out Tonight)” with androgynous models and actress Tilda Swinton. 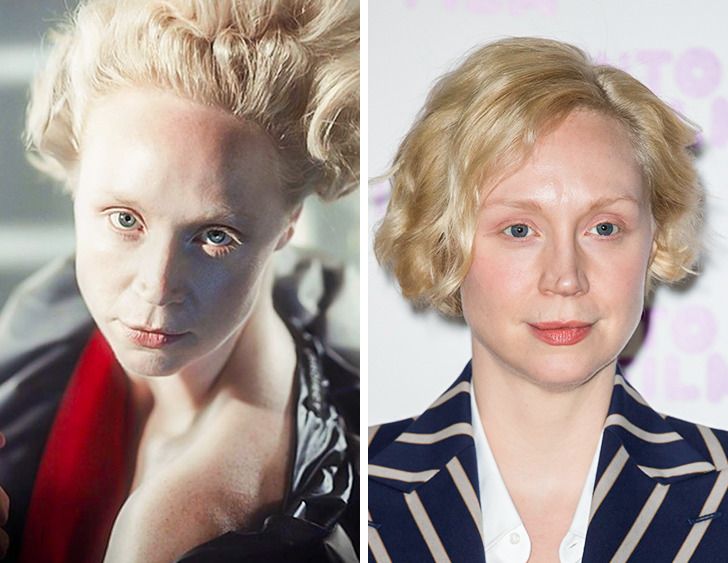 Many people know Gwendoline Christie from Game of Thrones. In her real life, she looks just as impressive: she stands tall at over 6 feet, has pale skin, light hair, and bold facial features. 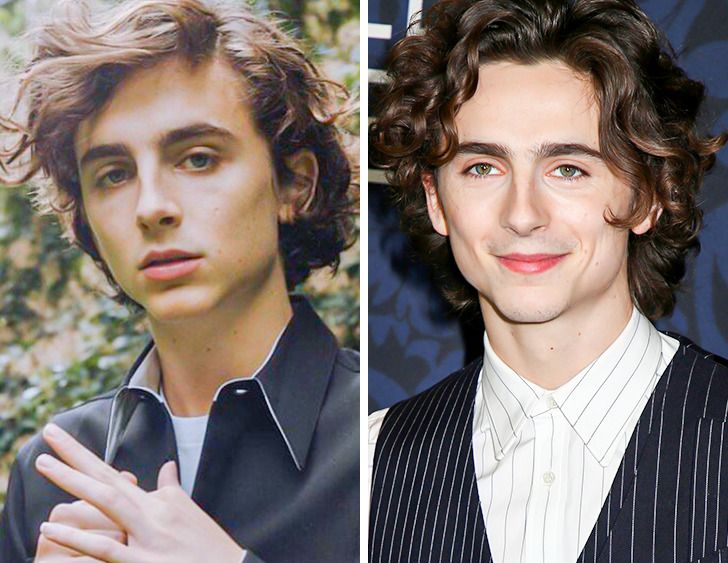 The young and attractive Timothée Chalamet became famous after he portrayed a teenager that fell in love with a man. His aristocratic, feminine face and his amazing acting talent and charisma made him a rising Hollywood star. Fans have expressed their feelings in an Instagram-account where they add him to different pieces of art. 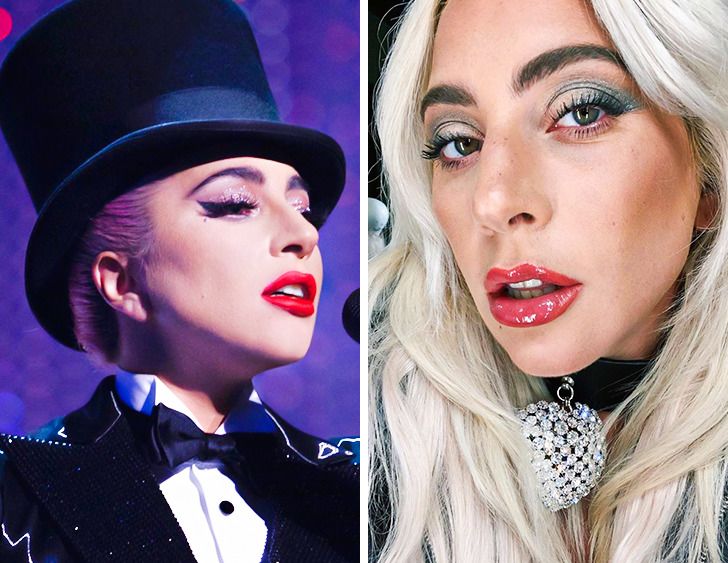 Lady Gaga has said many times in her interviews that she doesn’t think that she’s a man or a woman. She has a male stage image — strong Italian, Jo Calderone. The singer has said that David Bowie had a huge impact on her art, so she wears his portrait on her body. 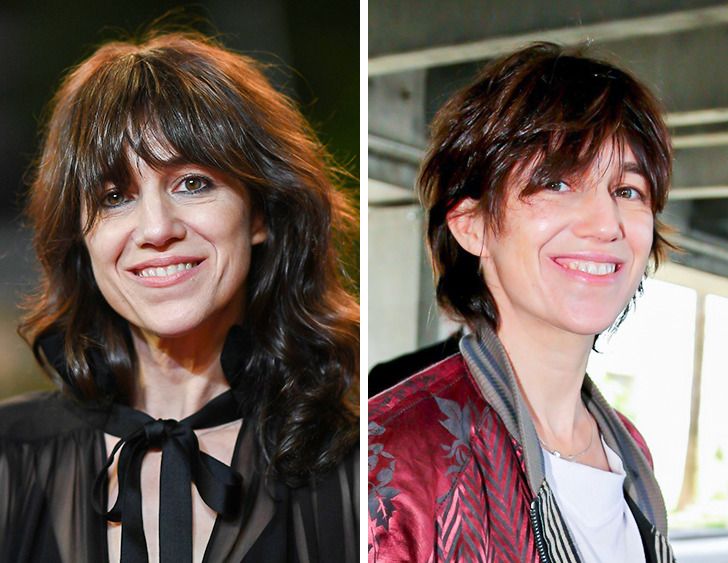 The unusual and even sharp facial features of Charlotte Gainsbourg always create an unusual image in movies. This is probably the reason why director Lars von Trier likes this actress so much. She loves wearing men’s clothes, doesn’t use a lot of makeup, and sometimes doesn’t even comb her hair. 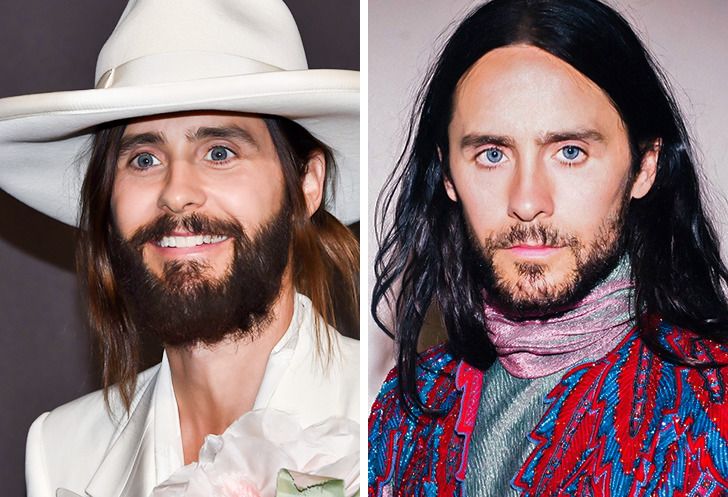 Jared Leto is a talented actor and musician. He has long hair, blue eyes, and a cute yet feminine-looking face. These features allow him to portray very different characters like the one he played in Dallas Buyers Club, for example. In his everyday life, he doesn’t hide his femininity: he often uses nail polish, mascara, and more. He also may become a real-life Dorian Gray because he’s 48 years old but looks as if he’s 25. 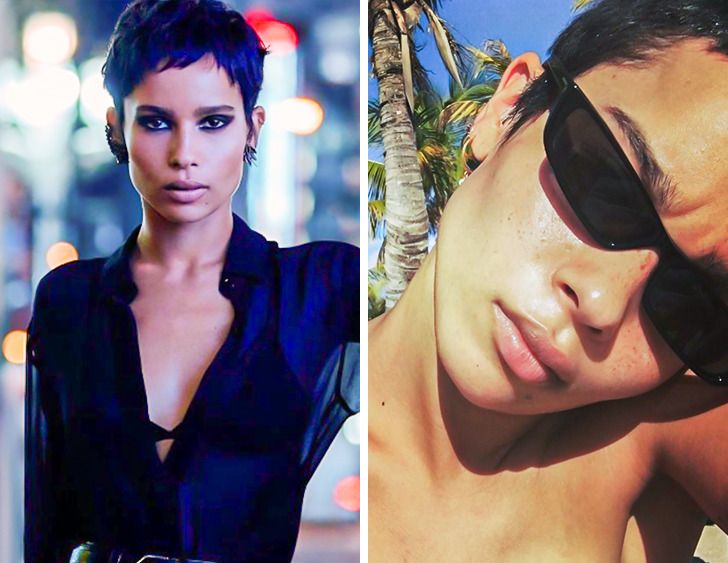 The daughter of Lenny Kravitz, Zoe Kravitz, has an unusual appearance just like her father. She is pretty short and has a haircut that makes her look like a cute teenager. But this wasn’t a problem when she needed to portray a very sensitive character in Big Little Lies and become the face of Black Opium for YSL. 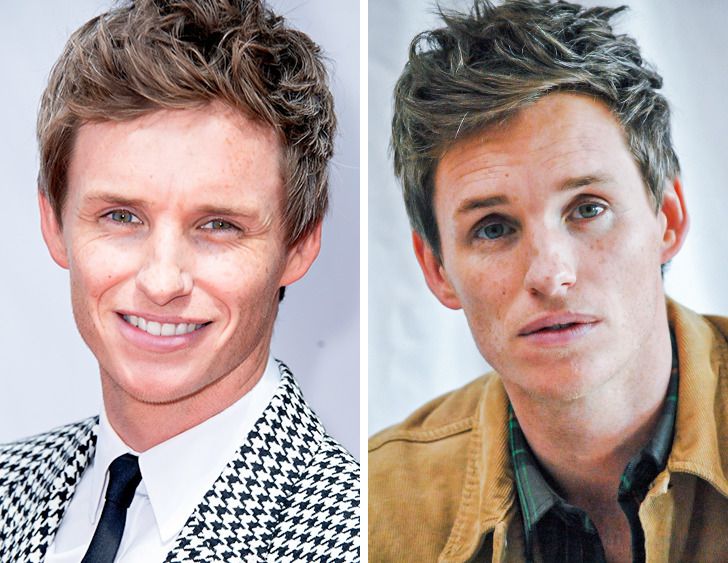 These female facial features allowed Eddie Redmayne to portray the plausible transformation of a man that decided to change his sex. Redmayne had to lose about 15 pounds for the role. 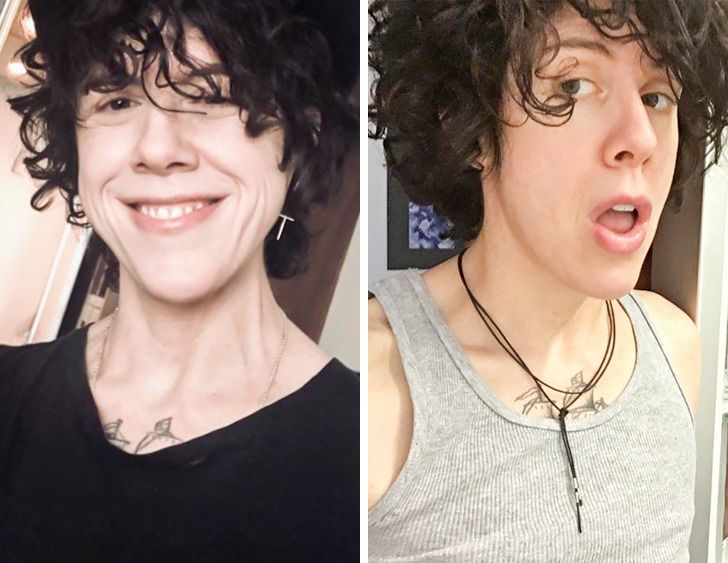 Laura Pergolizzi is a singer known under the name LP. She became famous after the release of the song, “Lost on You” that instantly became a hit and received 300 million views. Few people managed to guess who was singing it and couldn’t tell if it was a guy or a girl. And after the video, it was still not very clear. A low-pitched voice, sharp facial features, a boy-like body, curly hair, and men’s clothes make LP of the most famous androgynous celebrities.

In one of her interviews, she said that she had plenty of situations when people thought she was a guy. One time, some women thought she’d snuck into the ladies’ room and tried to make her leave. And LP just smiled and told them that she was a girl.

If you were a movie director, what role would you give to an androgynous person?