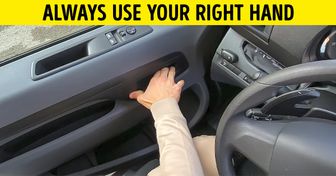 13 Models Who Proved That Appearance Does Not Matter

We are all different. Why be shy or frustrated with your looks when they can become your focal point? There are so many famous people whose appearance is far from conventional beauty like model Winnie Harlow with vitiligo, or Nikia Phoenix whose whole body is covered with freckles. Beauty is inside, and this article proves it.

Bright Side collected photographs and stories of 13 famous models, whose appearance is unusual and unique, yet still so very beautiful.

The Canadian model Chantelle Brown-Young, known under the pseudonym Winnie Harlow, is a real inspiration for everyone. From the age of three she has suffered from a loss of pigmentation of the skin - a disease called vitiligo. But this didn`t prevent Chantelle from becoming a famous model. Her unusual skin color in the fashion shows is often confused with makeup. Winnie is featured in Desigual and Diesel campaigns, participates in Fashion Week in New York, and has starred in music videos from Eminem and Sia.

Thando is an albino. However, this doesn`t deter the many companies that are actively requesting that she be in their campaigns. Not so long ago, Thando starred in Vichy's commercials and there are still many projects ahead. At the same time, Thando doesn`t fully devote herself to the modeling business, she is a fairly successful lawyer who specializes in the protection of human rights in African countries.

American model Nikia Phoenix stands out from the crowd because of her dark skin and freckles covering her entire body. Her unusual appearance was first noticed by someone working with Alternative Apparel, a brand name clothing company. She was discovered while stopping at a small cafe for a cup of coffee. She became the main face of advertising campaigns for Coca-Cola and Target.

This young British girl (of Indian descent) was diagnosed with polycystic ovary syndrome at 11 years old. This disease caused intense hair growth throughout the body and on the face, similar to a man's beard. But the more desperately the poor girl tried to get rid of her hair, the thicker it became. At the age of 16, she joined the Sikhs. One of the postulates of this religion is the prohibition of the removal of hair. Unexpectedly, her story attracted the attention of international organizations, and then representatives of the fashion industry. Kaur was paid for training as a model, and has been down the catwalk during London Fashion Week. Harnaam's career is successful and she is the face of the beauty-brand Illamasqua Cosmetics.

Viktoria Modesta is a singer and model who was born in the city of Daugavpils (Latvia) and has had her left leg amputated. Due to medical negligence at birth, she had to have 15 surgeries on her leg, but none of them worked and she decided on amputation as last operation. Now Viktoria says that she has freed herself from that tragedy and her self-confidence has greatly improved. Now she lives and works in London (UK) and is proud of what she experienced, encouraging everyone to always follow their dreams, regardless of obstacles.

The girl from Brisbane first attracted the attention of the media when she shared her inspirational story about losing weight on social media. She struggled with excess weight from early childhood, as a result of having Down syndrome. All people affected with Down syndrome are predisposed to weight gain. Madeline tried her best to get into shape - by swimming, cycling, dancing, and doing physical exercise.
Her story spread on the Internet at a tremendous speed, and several months later various proposals from famous brands in the fashion world sprinkled in. Madeline became the face of the Manifesta and everMaya brands and uses her popularity to change people's attitudes toward people with Down syndrome.

Alex Minsky - is a male model with a prosthetic leg. At the age of 17, he dropped out of school and started partying and leading a wild life. When he turned 18, he unexpectedly entered the Marine Corps. In the corps, when Alex was in Afghanistan, his truck was blown up on a mine and Alex was thrown from the vehicle. He lost his leg, suffered 13 complicated surgeries, and spent 47 days in a coma.

But a few years later Tom Kyllys, a famous fashion photographer, noticed Alex in the gym when he was doing push-ups and approached him with the idea of ​​taking pictures in a photo shoot. Alex accepted the offer. Since then, he began to gain popularity. Currently, Alex is very in demand as a model. Most often he is invited to appear for advertising of men's underwear.

Andrew is the most famous androgynous model. This Serbian, since childhood, has distinguished himself not only with his dizzying model career, but also with the fact that he got into two contests at once - the sexiest man in the world and the sexiest woman in the world.
Also he is an actor, designer of his own brand of jewelry, a favorite of Marc Jacobs and Jean Paul Gaultier, as well as the face of the advertising campaigns at Chanel and Prada. He attracted even more attention than usual when Andrew became Andreja - the androgynous model became a woman "by law" by having a sex change operation.

Carmen got into the Guinness Book of Records as the model with the longest career. Usually women try to hide the influence of years on their appearance, but in the case of Carmen everything goes against the rules. She didn`t hide her age by dying her hair, but instead she completely bleached it and from then on the silvery crown of hair became her trademark. Carmen is the author of "Staying Beautiful: Beauty Secrets and Attitudes from My Forty Years As a Model." She posed for Salvador Dali and worked with such famous photographers as Cecil Beaton, Norman Parkinson, and Richard Avedon. The model herself isn`t afraid of age, believing that the older she becomes, the truer she becomes to herself. So, age doesn`t matter either. Beauty is within each of us regardless of appearance, age, or other features.

Scamper American Slick Woods became famous for her "non-Hollywood" smile. Incorrect bite, crooked teeth, and a noticeable tooth gap draw photographers from the best fashion magazines to her. Don`t be afraid that someone will think badly about your teeth, smile more boldly!

The Belgian model Hannah Gaby Odiele has a very high forehead and hollow cheekbones. These features make her unique. She has already advertised the collection of accessories from Valentino, participated in the shows Mulberry, Balenciaga and Vera Wang.
Recently, in an interview with USA Today, she confessed that she had both male and female sexual characteristics at the same time. She was born with a syndrome in which a male set of chromosomes appears in girls. Hannah is proud to be an intersexual.

She is already over 30, but this doesn`t prevent her from being the face of Givenchy, participating in the Versace shows, and be married to actor Michael Pitt. She has a very thin, long face, a long nose, and huge brown eyes. On the catwalk and in photos she looks very impressive. Think about it, perhaps what you consider a disadvantage is, in fact, your best asset?

This girl from Senegal is considered the darkest model in the world. Because of her skin color, she received the nickname "melanin goddess".

In 2017 another model with a unique skin color became well-known. Lola has a very unusual beauty, which is emphasized by her coal-black skin color. She is 16 years old. She lives in the US in Los Angeles and is a high school student. A black diamond!

Whose story attracted you the most? Tell us in the comments!