© 2014–2023 TheSoul Publishing.
All rights reserved. All materials on this site are copyrighted and may not be used unless authorized by the Bright Side.
1028-

19 Famous Beauties Whose Genuine Smiles Are Worth Seeing

Harry and Meghan Released a Documentary About Their Lives, and Here Are 9 Things We Learned

Kevin Costner, Head of a Blended Family and Father of 7, Shared How He Managed to Love Each of His Kids Equally

Although Arnold Grew Up Poor, He Never Stopped Believing That He Was Destined for Something Special and Unique

Mother of 2, Grimes Reveals She Doesn’t Identify With the Word “Mom” 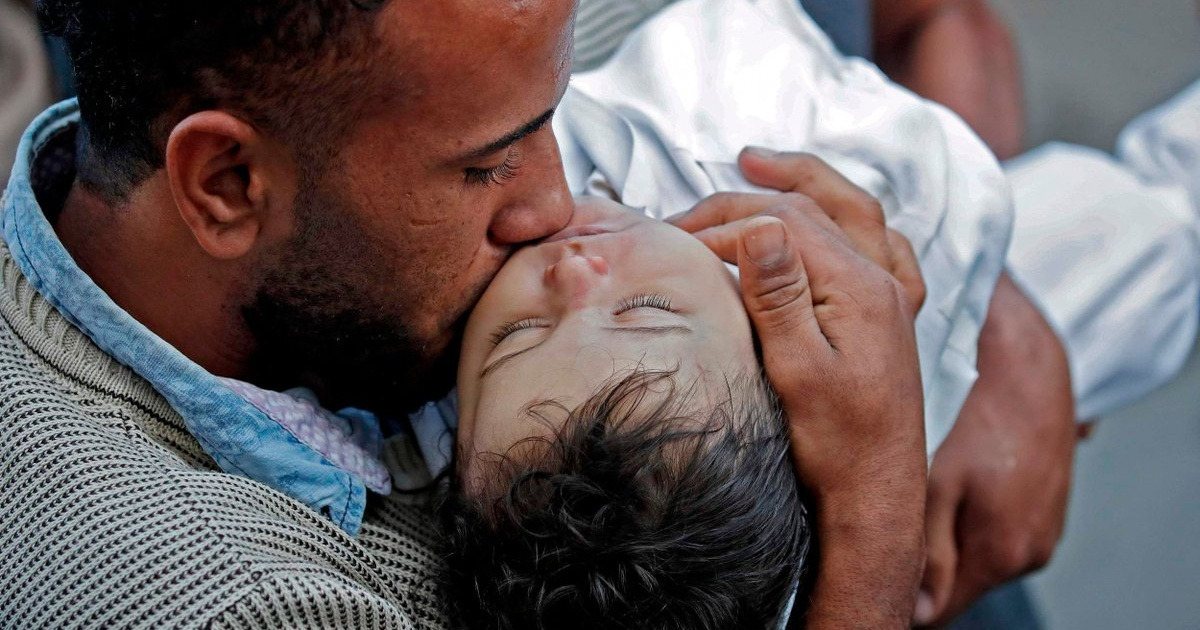 In order to preserve the memory of their late son Emilio, who died in October 2000, Richard and Diane Nares created a foundation called the Emilio Nares Foundation with an uncommon and essential mission: offering free rides to children and their families from their homes to the hospital.

Here at Bright Side, we would also like to honor the memory of Emilio Nares and applaud the generosity of the Nares family.

On October 15, 2000, Richard and Diane Nares tragically lost their only child to cancer when he was only 5 years old. The couple was in their 40s when they had Emilio and they lived happy lives until shortly after their son’s third birthday when Emilio was diagnosed with cancer and lost the battle just prior to his sixth birthday.

The struggle is real

Emilio was diagnosed with Acute Lymphoblastic Leukemia and during his treatment, the couple witnessed the struggle of the families who were at a disadvantage. It was a battle for them just to make it to the hospital. A lot of people don’t own cars, — there are many underprivileged families in America who don’t have the luxury that many of us do. These types of families have a lot of stress in their daily lives that keeps piling up every day, on top of the stress of having a sick child.

Recalling one of these moments Richard says, “We have a mom and her 2-year-old who was diagnosed with a brain tumor and she would have to leave her house at 4 AM in the morning with 5 bus transfers and then, when she arrived at the hospital, she had a quarter-mile walk because the bus didn’t stop in front of the hospital. And then, after a long day of painful treatment, they returned home the same way.”

How it all started:

In an interview, Diane Nares said that about 2 years after Emilio passed, they had conversations about the people they witnessed doing this without any support.
The couple discovered that there was a whole economically-underserved group of parents at the Rady Children’s Hospital. They had experienced the struggle of having a sick child but these parents were facing intolerable levels of hardship every day.
Richard further adds that they felt a moral obligation to society and to those families and that’s why they’re focused on providing transportation to these families.

How much is done?

The couple started the program by driving families in their own cars, but then they noticed an increase in demand when they had to take as many as 6 families per week and when a waiting list began to form. Richard Nares then decided to talk to the social workers at the Rady Children’s Hospital and was soon able to develop a plan that could help them purchase a few vans in order to help the families with their appointments. Richard was able to successfully develop some economical and effective plans and after writing a few grants and submitting proposals he was successfully able to raise $150,000 within a year.

The driving program started in 2005 and the program provided transportation to as many as 25 families per week. Now, the organization serves an average of 40 families per week. Approximately 7,000 families have been served already. And today, after almost 15 years, the Emilio Nares Foundation has inspired families and the people around them with 33,000 rides and that number is still growing. The organization has now several 6-passenger vans and full-time drivers giving more than 4,200 rides to about 220 families per year.

How much is left?

The foundation has recently started an initiative called Knitting for Hope in addition to the riding program, so basically, this program provides the opportunity to knit, sew, and crochet to help pass the time while they wait in the hospitals.

They’ve also begun a program called Loving Tabs in which they provide T-shirts to the young patients. Now they’re not ordinary T-shirts since they’re a bit different in design. They have snaps below the collar on the left side that allow easy access to their chemotherapy ports in the children’s chests. Before, they had to remove the T-shirt every time and this can add even more stress.

The foundation also organizes several other events to support mothers like the ENF’s Nutrition Class in which they provide information about nutrition, how to read nutrition labels, healthy diet portions, daily needs, etc. These events are also free of charge and are held from time to time.

There are many individuals who donate to this good cause.

In an interview, founder Richard Nares mentioned that their goal is to provide every children’s hospital across the country with the Ride with Emilio transportation program and the Loving Tabs T-shirts program. Currently, they’re providing the services in 5 children’s hospitals.

This is Mykaela and at the age of only 2. She has been receiving chemotherapy twice a week for a year now. Her family doesn’t own a car so they travel with Ride with Emilio to all of her medical appointments.

Isn’t she cute? We think so!

Here at Bright Side, we believe that every child deserves to know the joys of childhood and these people are doing whatever they can to ensure that they do. We encourage them to keep doing what they’re doing.

Feel free to share this article with your friends and family and especially with anybody who might need a ride somewhere across the United States.