Michael J. Fox’s Wife Has Stood by Him for 31 Years Helping Him Battle Parkinson’s Disease. If This Is Not Love Then We Don’t Know What Is

This story is not about a battle with a disease, but about people who’ve stayed together no matter what. Michael J. Fox and Tracy Pollan can be role models for many people. With his wife’s help, the actor made the evolution from being addicted to bad habits to being a huge activist and the founder of an organization for Parkinson’s Research.

We at Bright Side feel excited to share this beautiful story of love and hope with you, in hopes that it will inspire you to give and receive kindness.

How it all began 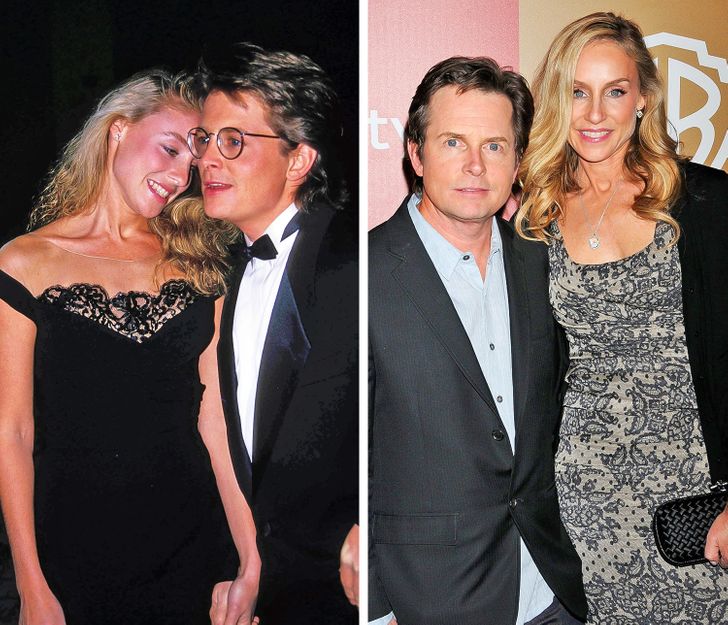 It started in 1991 when Michael J. Fox started to experience unusual symptoms. Everything happened very suddenly. At the time, he developed a twitch in his pinky that wouldn’t go away while filming Doc Hollywood. Soon this twitch had spread all over his hand and to his shoulder. The diagnosis was Parkinson’s disease.

The actor left his starring role in Spin City because his symptoms had started to interfere with his career. Doctors said he had, at most, a decade left as an actor. But now they say Fox is a medical anomaly! He is not scared anymore and just says that he has adapted to the disease and that there is nothing horrifying about it.

His wife became his biggest supporter.

His wife, Tracy Pollan, stayed with him through the hardest time. And for Fox, his wife became a loyal person who gives him strength. But still, both of them deserve credit for the fact that they have been together for so long.

Michael J. Fox and Tracy Pollan have now been married for more than 30 years. The first time they saw each other was in 1985, when she played his girlfriend on the hit show Family Ties. No, they didn’t start to date immediately — it took them 2 years! In 1988, they got married, but soon the disease overshadowed their everyday life and they decided to keep it a secret from the public. 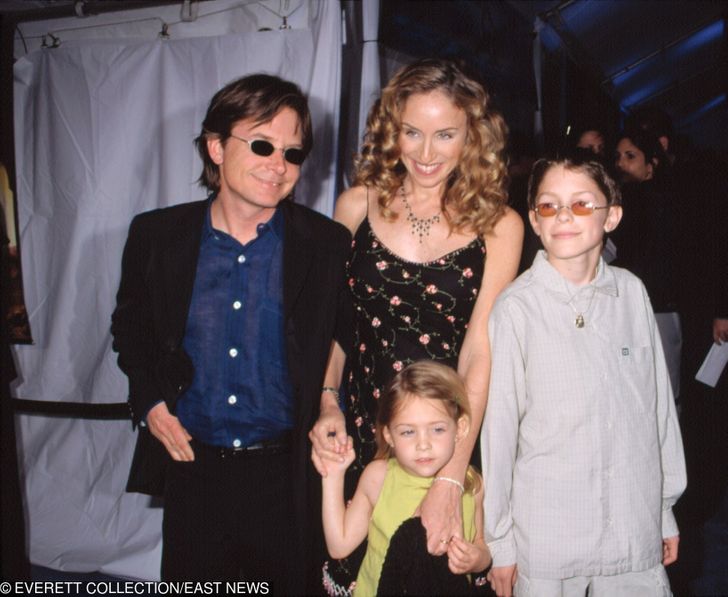 Now, Fox confirms that Parkinson’s disease “changed the dynamic” of his family. It led him “to amazing places and amazing people.” But still, he understands how people can struggle when facing this situation.

Pollan just stood by him and was always there for him: “For us it has been normal to stay together through difficulties. We grew up witnessing that firsthand.” They had 4 children together and she was there through his hardest times, including his brain surgery to alleviate his tremors. 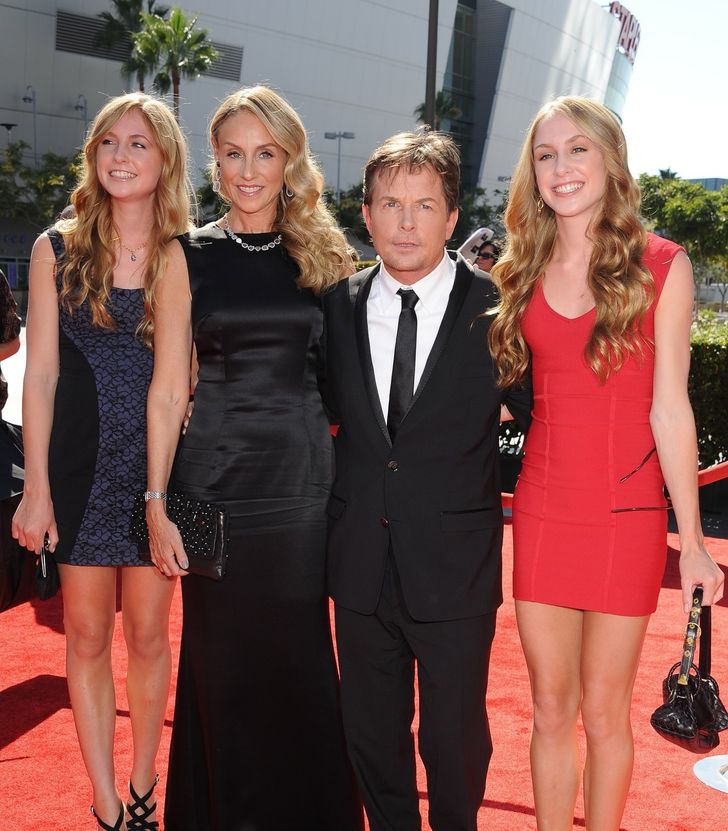 During an interview with Oprah, he said, “I look at Tracy sometimes and I have 2 feelings. One is that she becomes more beautiful every second; and more important, I look at her and say to myself, “You’re smart. Boy, did you make the right choice.” Michael is totally convinced that his wife is an amazing person, because she shows him an “incredible sense of dignity and responsibility.”

He appreciates his wife and is grateful that she stands by him. It sounds very simple, but sometimes it is very difficult to manage, and they did it.

There’s a secret behind their long marriage. 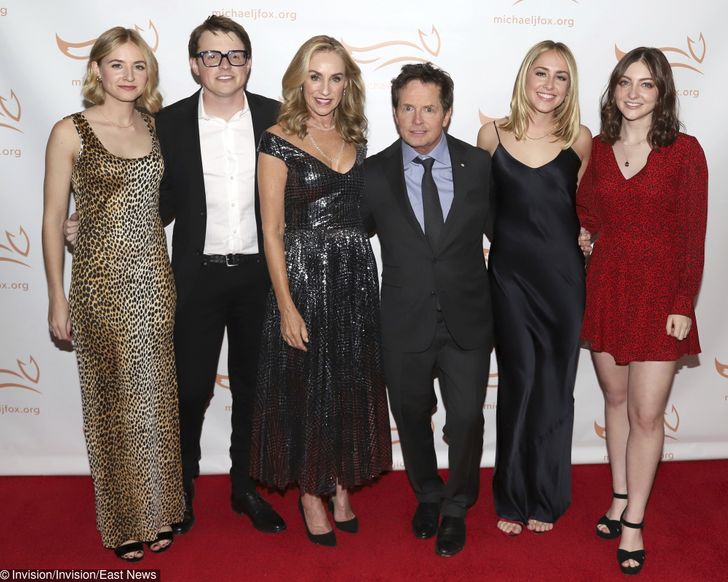 All of us have tough days. Once, the couple was asked how they cope with them. The response was straightforward. You just need to accept some things, like Parkinson’s disease in their case, and not feel sorry for yourself. Moreover, Pollan even says that they are “not tough days.” Still, 99% of their life is not about the disease. 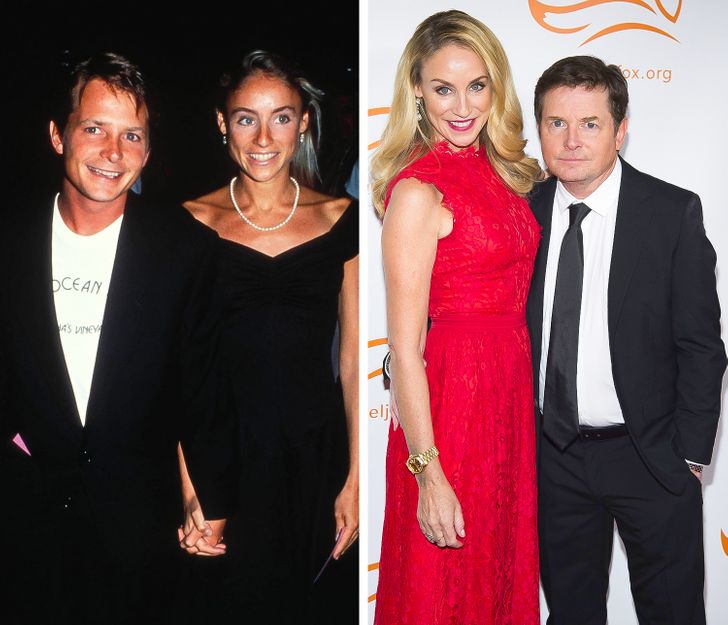 Once, Oprah had Fox and Pollan on her talk show. Fox was so proud to show her a small photo album with pictures of his family. It was clear that this was not just a marriage, but a spiritual union. So, we wish this incredible couple the strength to continue being role models of trust and support.

Who is the biggest support in your life? Do you know any couples from your life who went through a lot of tough times and still managed to stay together? Please share your stories with us!