The Tough Story of Michael Oher, Who Inspired the Film “The Blind Side”

When some saw such a large and quiet teenager, they thought that there was nothing really special about him. However, just watching him on the football field was enough to make it clear that he was very talented. Yet his road to success was not an easy one. Fortunately, though, fate put people in his path who believed in him and saw beyond his size or the color of his skin.

We’re talking about Michael Oher, whose story inspired the film The Blind Side. His life had a difficult beginning, but it became a lesson about effort, empathy, and solidarity, and that’s why Bright Side wants to share more details about it with you.

Who was this big guy? 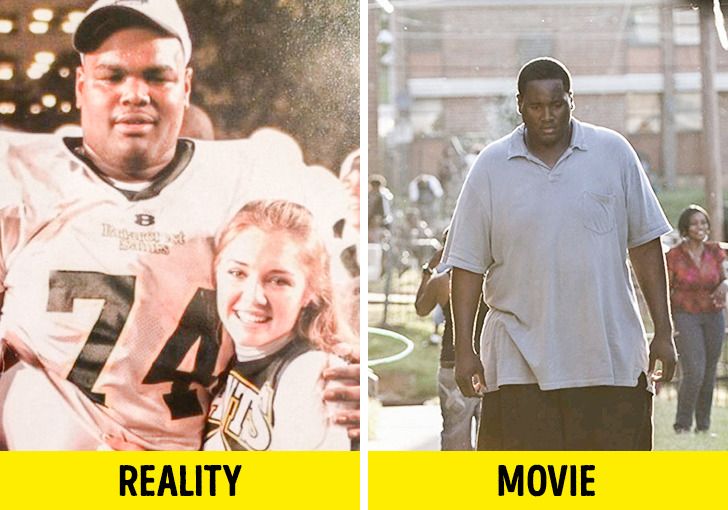 In 2002, in Memphis, little was known about the 16-year-old boy, who was practically homeless and slept on the floor of whoever gave him shelter for a few days. One of those kind people was Tony Henderson, known simply as “Big Tony,” who applied for Michael to be accepted into Briarcrest Christian School, thinking he would be a great addition to their basketball team.

However, the academic record of “Big Mike” (as Michael was nicknamed) could not be more discouraging: he had an IQ of 80, and he had already been to 11 different public schools. Besides, for more than a year he had not attended any school, he had to repeat 2 grades, and had so many absences that the only explanation for why his teachers passed him to the next grade level was that they were just trying to get rid of him so that he would be a problem for some other institution. 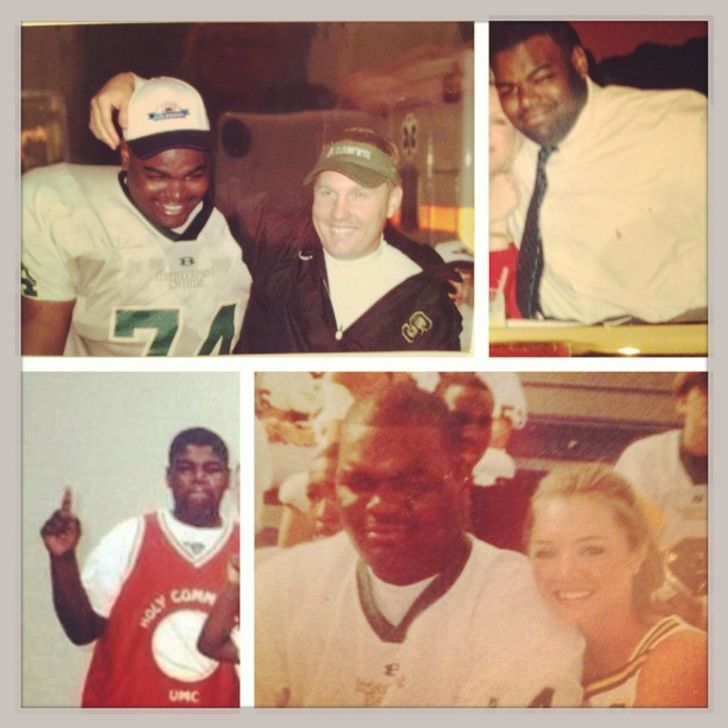 Eventually, the people at Briarcrest learned that Big Mike had 11 other siblings, that his father had been killed, and that his mother was suffering from addiction, which is why Michael had spent time in foster care. At first, the director denied him admission to the institution, but thanks to pressure from the football coach, and after realizing that it was Michael’s only chance to continue studying, he accepted it on the condition that he would not participate in any extracurricular activities, not even in the chorus, until he demonstrated that he was capable of improving academically.

The problem was that Michael had had such a poor academic and life experience that it almost seemed as if he had simply materialized out of the blue into a 16-year-old guy. He had never heard of what a verb or a noun was, he didn’t talk much, and he barely shook hands with the director. So, a few weeks after his admission, several teachers suggested that he should leave. 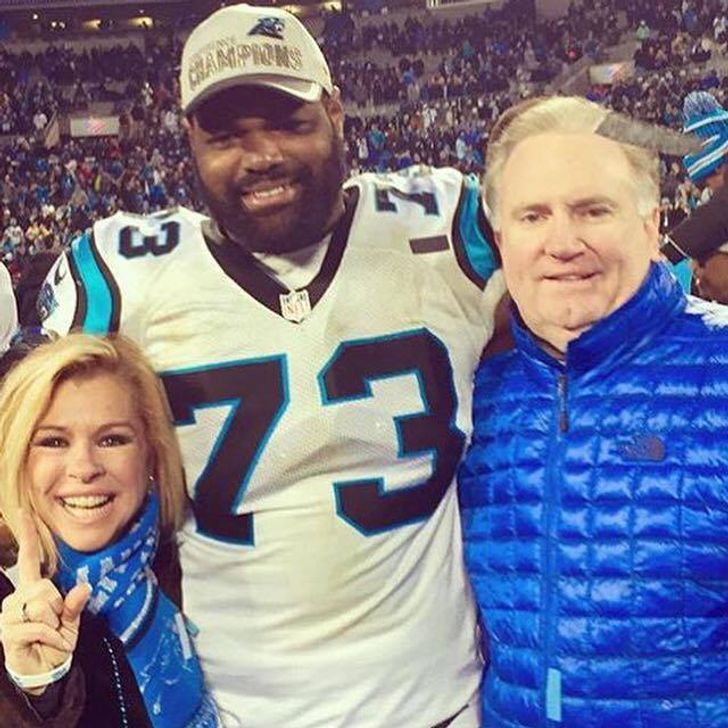 Collins Tuohy, a sophomore at Briarcrest, told her parents that she had seen a black boy at school who was remarkably large and always wore the same clothes. One day, her father, Sean, met Michael while they were both watching a basketball practice. After that  asked the school cafeteria for a permanent account to be opened for Michael, something he used to do for the poorest kids who went to school there.

Sean Tuohy was the epitome of American success, a prosperous white man who owned 60 restaurants and his own private jet. As a hobby he would visit the institution and act as a kind of consultant for the coaches of the sports teams. He even contributed money to the school fund to pay for some students’ tuition.

His first steps in football 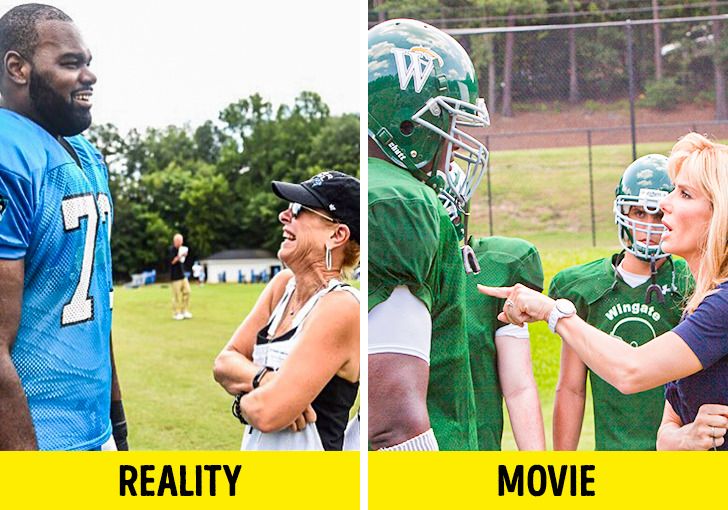 At school, Michael was able to improve his grades a little when his teachers realized that it was more convenient for him to take the exams orally, rather than in writing. So, at the end of his second year, he joined the basketball team, then the track team, and in his third year, he finally made it to the football field.

During one of his first practices, Michael showed that he was more than just a big guy who could intimidate the opposing team because of his size. To everyone’s surprise, Big Mike took a practice dummy that weighed at least 50 pounds and ran with it at high speed, as if it weighed nothing. The boy weighed about 344 pounds and was 6’4″, so the others thought that would make him slow when running, but they were wrong. 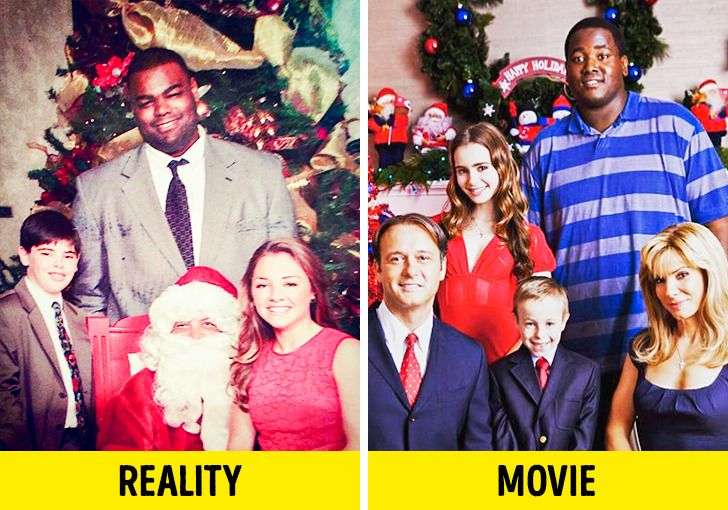 While Michael worked on improving his football skills, he used to spend his nights with 5 different families, including the Tuohys. One day, after a training session, Leigh Ann offered to take him wherever he wanted, but after seeing the conditions he was living in, she decided to take him home for good. This was a turning point Michael’s life, since it was the first time he would have his own bed. He became the third son of a rich family, and even had a good relationship with the Tuohy siblings.

Big Mike began playing as a defensive tackle, but his main problem on the field was that he seemed to not understand very well what was going on around him. He was passive and had no intention of attacking anyone. However, word spread that he was an insurmountable wall, which is why several college football coaches wanted him on their teams. He then became a left tackle, one of the most valuable positions in football. 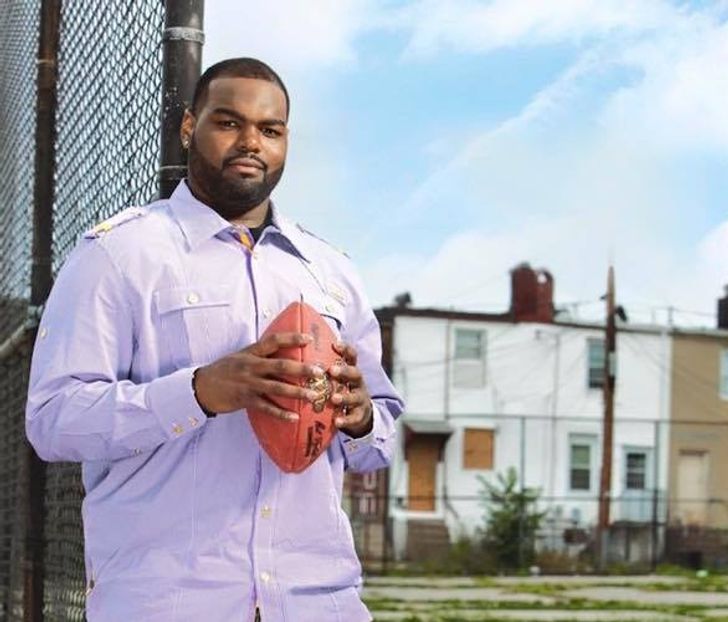 No matter how good he was at football, Michael could never play in the NFL if he didn’t get a better GPA that would get him into college. Leigh Anne decided to take action and talked to Michael’s teachers to ask what he needed to do to get his grades up. No matter what it was, he would do it.

Supported by Leigh Ann and a tutor who taught him 5 days a week, Michael went from having one of the lowest GPAs to being a reliable member of the honor roll. Despite his efforts, his grades in the early years were so low that he fell short when it came to the final GPA he needed.

So it was time to move on to plan B. Sean suggested courses that were offered online by a college. They had the power to replace a full semester’s grades with a new evaluation that would only take a few weeks. So, Michael was able to remove the F’s from his classes and replace them with A’s. 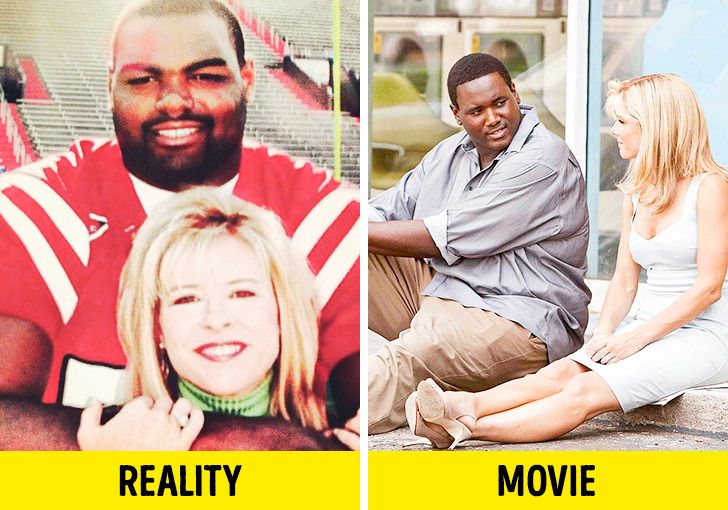 Michael was ready to graduate, only one small detail was missing: a picture of him as a baby, since it was a Briarcrest tradition to place a recent photo of the student in the school yearbook along with a picture of the student as a child. But Michael didn’t have any pictures of himself, so Leigh Anne visited some of the foster families he had been in, and she even visited his biological mother. Yet she only found one photo of Michael when he was about 10 years old.

But Leigh Ann wouldn’t allow him to just have a blank space in the yearbook, so she turned on her computer, downloaded “the cutest picture of a black baby she could find,” and turned it into the school.

The beginning of a bright future 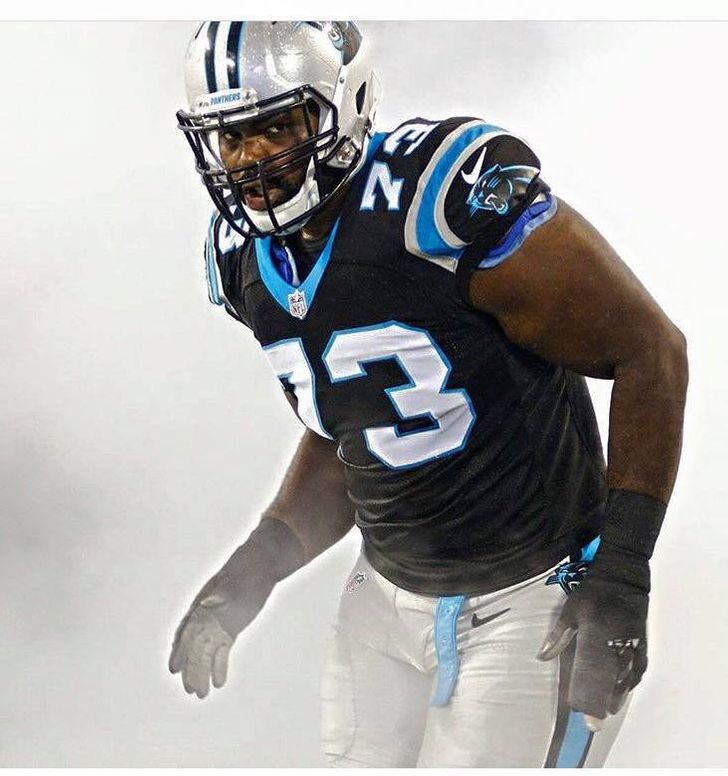 In May 2005, Big Mike had an emotional graduation ceremony surrounded by the people who helped him make it: his new family, his tutor, his coach, the school principal, and the man who brought him to Briarcrest in the first place, Big Tony.

Despite the fact that Michael still had some difficulty getting into college, he was eventually accepted to The University of Mississippi, where his IQ was re-evaluated and was found to have risen between 20 to 30 points. He was also on the honor roll several times, and in 2009 he graduated with a degree in Criminal Justice.

After his time in college football, he signed a 5-year, $13.8 million contract with the Baltimore Ravens, with whom he was crowned champion in 2013, by winning Super Bowl XLVII. He later joined the Tennessee Titans and the Carolina Panthers. Although he is not officially retired, he has not played in the NFL since 2017. He now lives quietly in Tennessee and continues to live with the Tuohys. 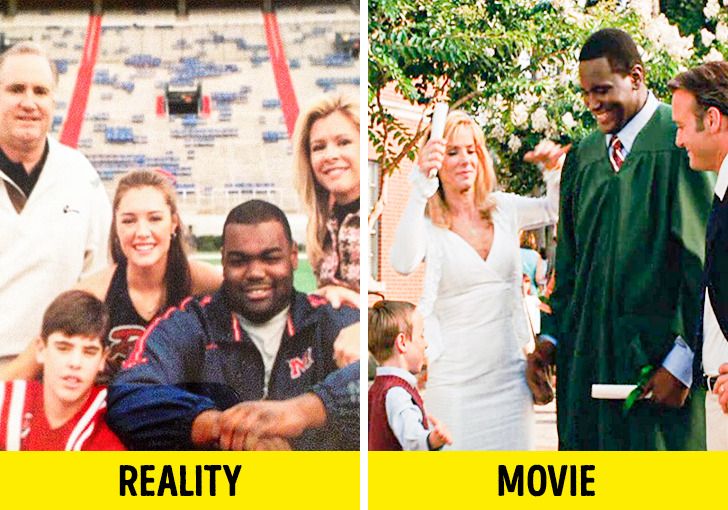 Michael Oher’s story is an example of how, with perseverance and support, dreams that seemed impossible can come true.

What did you like the most about this story? What would you do if you came across a similar case? Do you know of other people, like Michael, whose story deserves to be spread and shared? Tell us in the comments.