10 Phrases That Can Spoil Your Relationship With Your Boss

The most common reason for a divorce is usually "our personalities didn't match," while the most common reason for being dismissed from a job is "I wanted it to happen." But in both cases, a bunch of problems and mistakes are hidden behind those words. And though there have been many articles and a lot of research revealing mistakes in romantic relationships, the 'employee-employer' relationship has still yet to be investigated thoroughly.

We at Bright Side have done a little research and found 10 mistakes that employees often make when communicating with their bosses. We truly hope that you won't recognize yourself in any of these paragraphs. And if you do...then let's hope that this article will change your situation for the better.

"I need an increase in my salary because I need to fix my house." 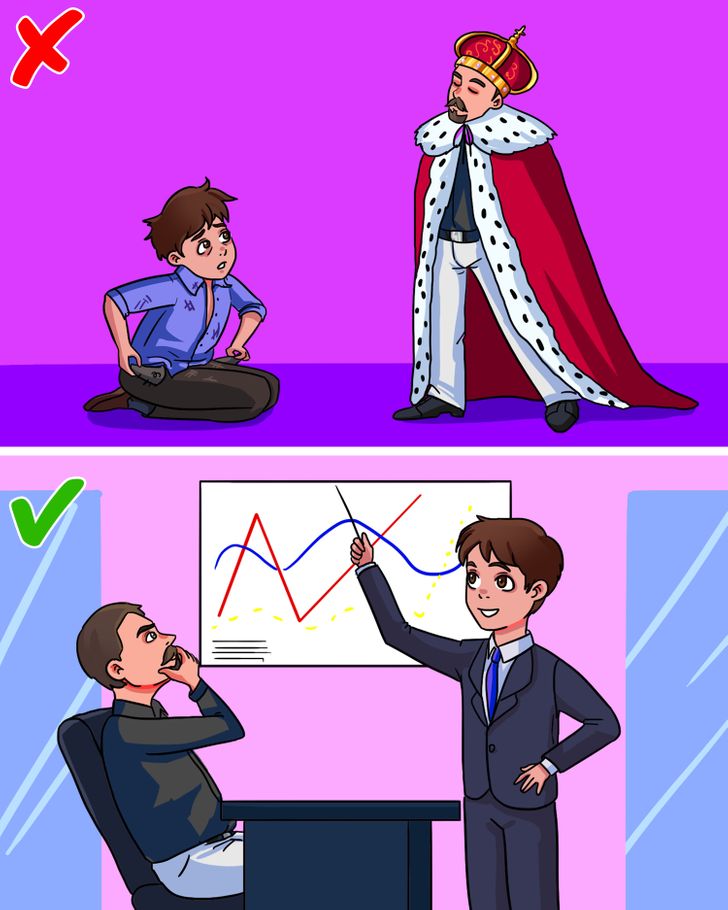 You can and should speak about getting a raise if this request is supported by real professional achievements. Your personal issues and needs shouldn't be related to the working process. And no matter how rude this might sound, your boss doesn't care about them at all. It's permissible to ask for help in a really difficult situation. But in other cases, prove that you deserve more instead of trying to make your boss feel pity for you.

A better way to say it: "I have tripled productivity in the past 6 months, so I am asking you to increase my salary."

"Can I leave after lunch today? There is nothing to do in the office anyway." 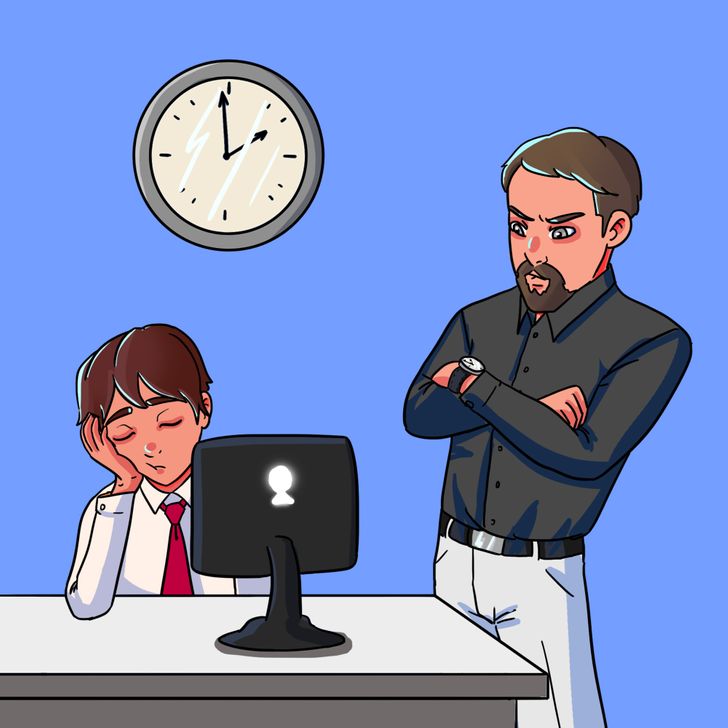 If your work involves a daily plan that means you're free to go after accomplishing it, then you can easily use this phrase after finishing your daily tasks. In all other situations, it will only harm you. On one hand, you'll show yourself as being not interested in work, on the other hand, you'll get a dozen new tasks instead of being able to leave.

A better way to say it: "Can I leave today after lunch?" This phrase is usually followed by the reason for this leave, but it's actually not necessary to say it. Remember not to refer to boredom or lack of things to do.

The ability to admit that you are wrong, without justifying and blaming others, is considered to be a sign of a mature person. This employee evokes trust and respect, even if they sometimes make mistakes. And if it was really Tom's fault, there are dozens of other options to unobtrusively mention this, without it becoming personal, and only when the outcome of the situation depends on it. It's a well-known fact that telling on someone doesn't look good.

A better way to say it: "You're right, I missed that detail. From now on, I'll be more careful. Maybe we can correct it this way..."

If you decide to leave, just leave. If you keep using slamming doors as a tool to uphold your own opinion, after a couple of these tantrums people will stop taking you seriously. It's known that there is no such thing as an irreplaceable person. So don't be surprised if, after closing the door this way, you soon find that nobody will let you in again.

A better way to say it: "It seems we have different opinions on that." 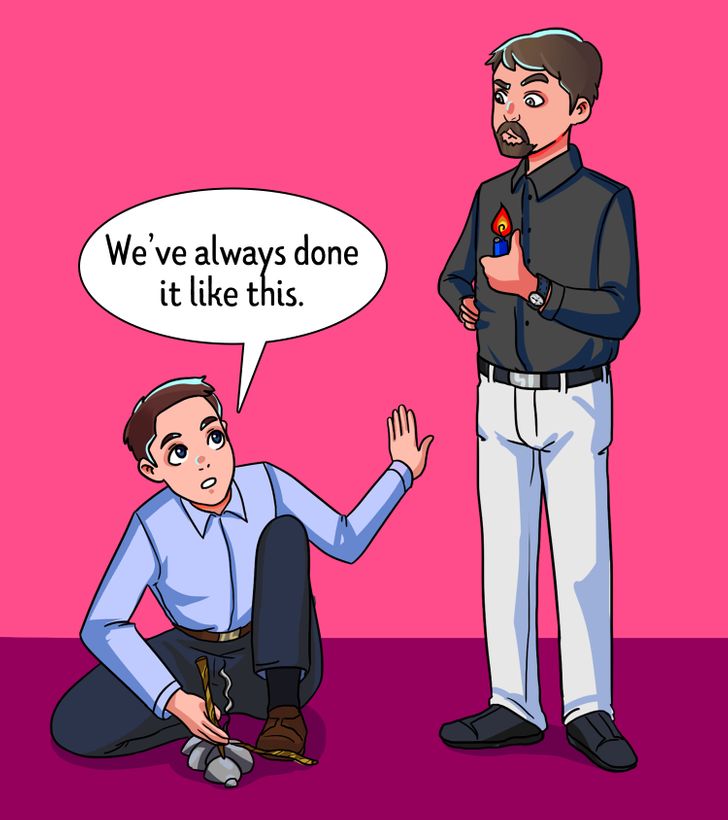 It doesn't matter whether you are speaking about the decisions of your former boss or your own habits. This phrase has many different modifications that sound similar to "my ex- did it better" or "my mom cooks better." No one likes these comparisons because usually it's laziness and unwillingness to change that stand behind this phrase. The modern world is developing rapidly, and people with flexible thinking are becoming more valuable than hardy conservatives.

A better way to say it: "What you are suggesting is unusual. It may cause certain difficulties."

This phrase usually means you're not going to accomplish the task you were asked to do. And if something goes wrong, this phrase helps you to avoid responsibility. Whenever you say "I'll try," your boss hears "I'm not going to do it." The only phrase worse than this one is "I can't do it." It's important to show real results at work. That's why it's better to discuss probable difficulties beforehand and at the end, be honest about when and where things went wrong.

A better way to say it: "OK, I'll do it" or "It always takes them a while to answer, that's why we'll likely have to wait until Friday for their decision."

"I have too many things to do." 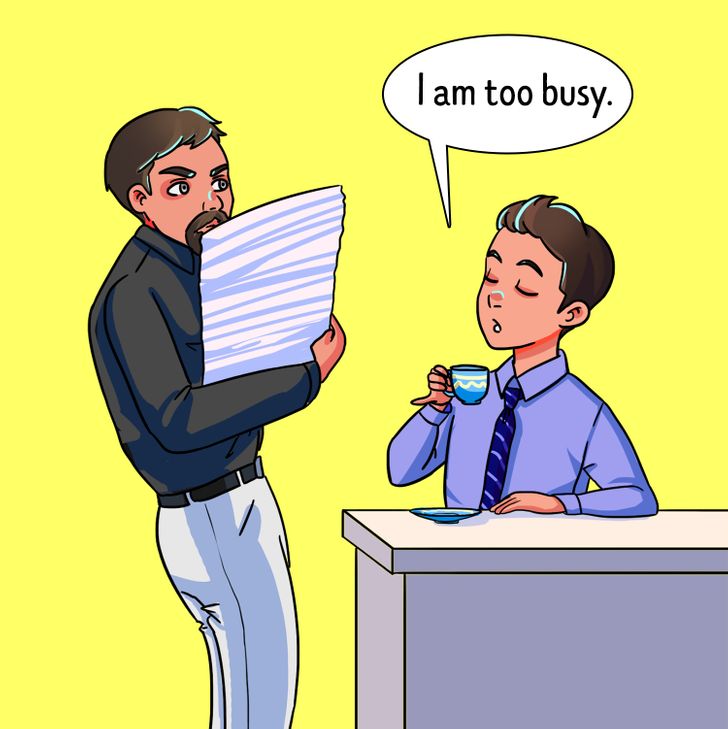 All employees work to achieve the main goal of the company. Are all of your current tasks directed at it? If your boss is offering you something new, the plan of action has probably changed. That's why it's better to clarify which tasks are currently a priority. Sometimes it's worth putting everything off and concentrating on one task or it can happen that your common tasks are more important. In this case, you'll be able to continue working on them while your boss will have to search for another performer.

A better way to say it: " I am also working on the project you gave me yesterday. Which of these tasks is a higher priority right now?" 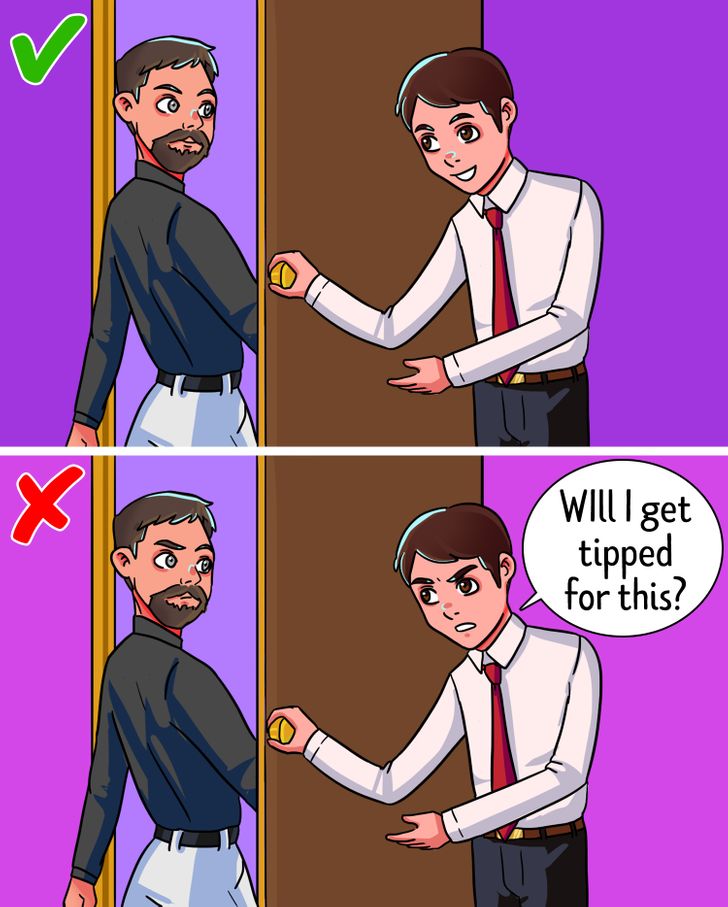 We agree that you should be paid for your work. However, asking for a reward for helping with small errands might look petty when it's possible to help free of charge. But be careful - if you find yourself always agreeing to help, there is a high probability that your kindness is being taken advantage of. There are only a couple of steps between an urgent request for help with correcting a report and helping someone so much that you are working without days off or holidays.

A better way to say it: A simple "yes" will be enough. 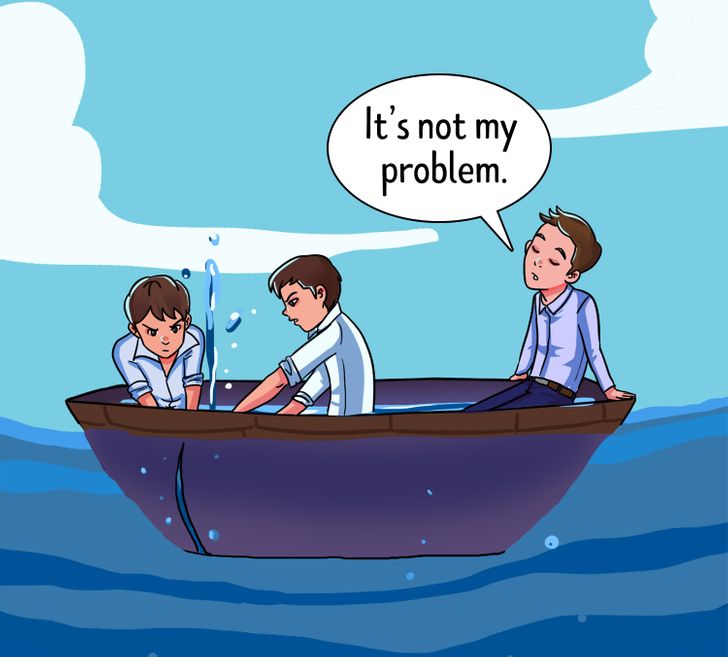 Being a part of a team means being in one boat. Any problem that doesn't relate to you today can grow enormously and drown the company, along with your career, tomorrow. If you know how to solve an issue, say it out loud. Even if it doesn't work, at least you'll show your interest and next time your boss will probably ask you when searching for advice. And that means a lot.

A better way to say it: "I am not an expert but maybe we should do it this way..." 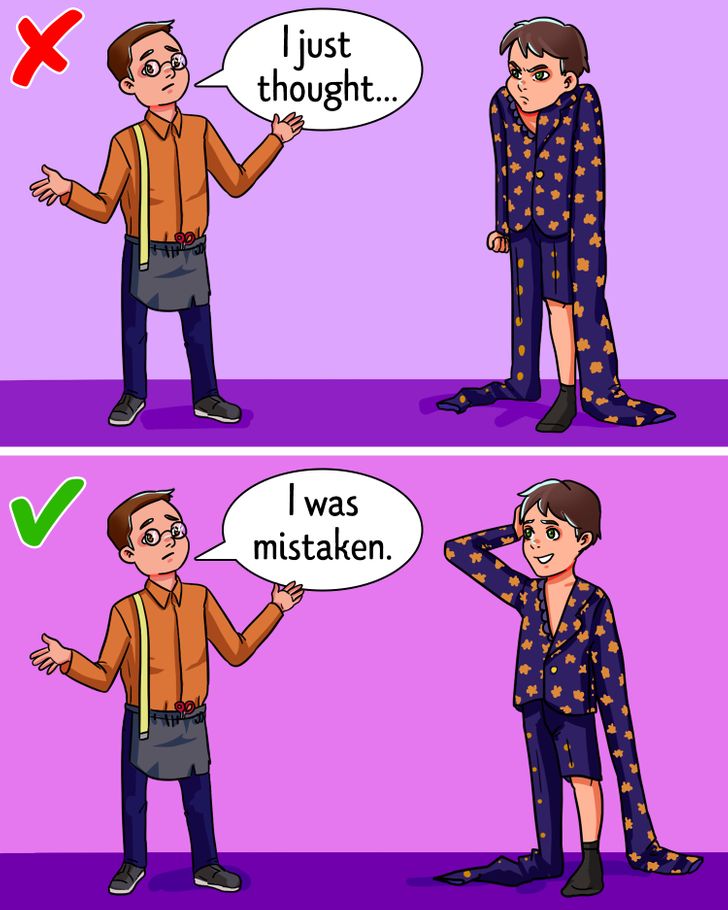 After hearing this phrase, any boss usually sighs and rolls their eyes. On one hand, it's good that you were at least thinking; on the other hand, if something is unclear, it's better to clarify it before starting to accomplish a task. As we said before, the ability to admit your mistakes and take responsibility for them is appreciated more than any excuse.

A better way to say it: "It seems we misunderstood each other. I'll correct this mistake and I will be more careful next time".

Of course, there can be bosses that have sharp reactions, that you weren't expecting to face, to the most inoffensive and harmless phrases. When dealing with people with a 'difficult character,' it might be necessary to create special rules, just for them.

Have you ever been in these types of situations? Which other phrases are better left unspoken? Please share your thoughts in the comments!

Illustrated by Natalia Breeva for Bright Side
3-24-
127k