While Hollywood couples keep breaking up and divorcing one by one, American actor Tom Hanks and actress Rita Wilson have been happily married for 31 years. They have been through a lot together and as they say, their love is only getting stronger.

Bright Side read a lot of interviews by Tom Hanks in order to find his secret rules to a happy marriage. 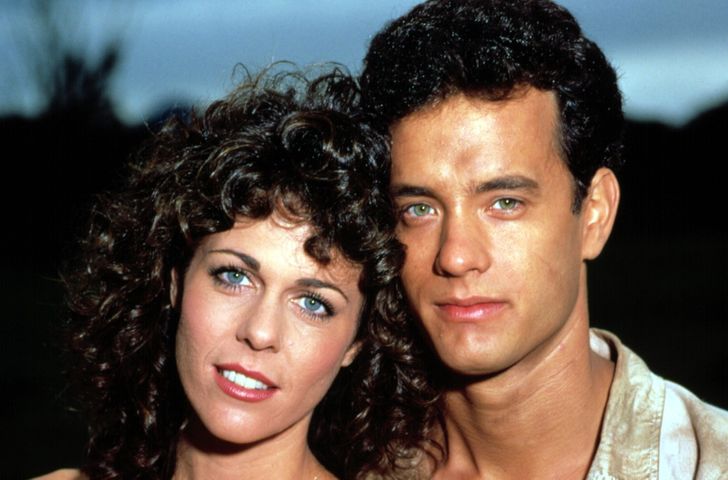 A shot from Volunteers

Tom Hanks and Rita Wilson met each other during the filming of Volunteers in 1985 where they portrayed a couple in love. The actors had a romantic relationship but Hanks already had a wife and 2 children and Wilson had a fiancé. Only 3 years later after having a secret relationship, Hanks divorced his wife and proposed to Wilson.

Today, Hanks says that he rushed the first marriage because he was young, impulsive, and worked all the time. Hanks thinks that a true marriage has to be a conscious decision rather than an impulsive one. “Don’t get married before you’re 30 years old,” says the actor.

2. Meet your partner halfway, even in the most critical situations.

Hanks was Catholic and Wilson was Greek Orthodox. Because Hanks knew how important religion was to his wife, he converted to her faith. “I sacrificed something for my wife. Rita has Greek roots and they have the Orthodox faith. And I was a Catholic, so before getting married I converted my faith out of deep respect to her family.” 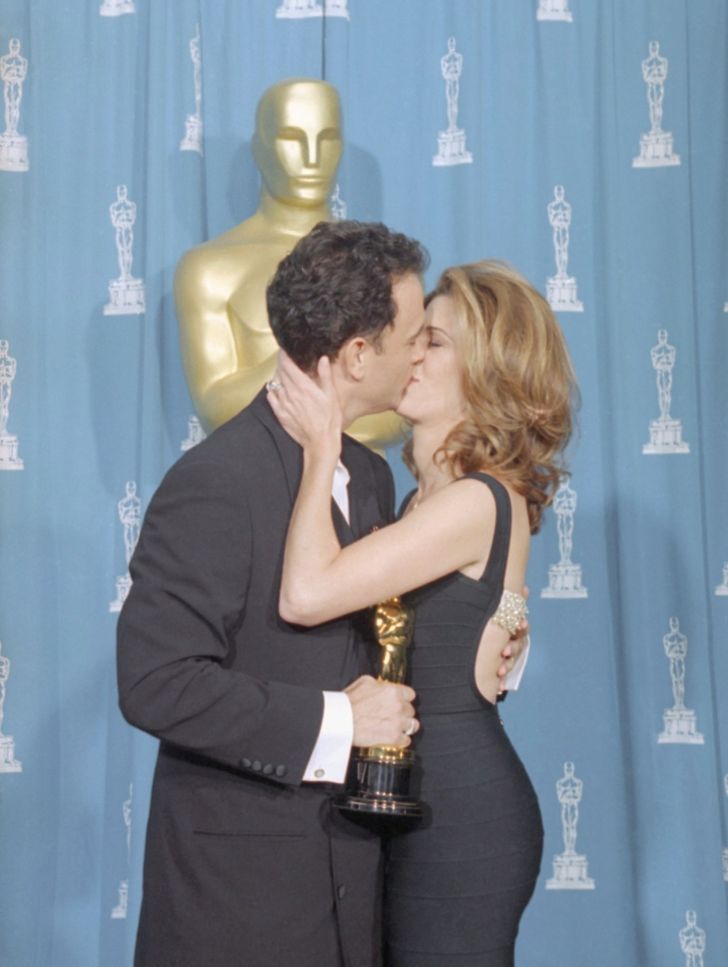 During their years together, the couple has been through a lot but they’ve always supported each other. In 1994, when Hanks got his first Oscar for his performance in Philadelphia, when he was on stage, he thanked his wife by saying, “I am here only because the woman I live my life with shows me what love is every day!”

In 2015, Wilson was diagnosed with a serious health problem — breast cancer. Wilson explained that she was scared of how her husband would react and how this news would influence their relationship. But she shouldn’t have worried because Hanks surrounded his wife with support and care and they only became even closer. The actor said, “All I can do is bow down before the courage of my wife.”

Fortunately, the disease cleared up after a short time and Wilson managed to thrive even without chemotherapy.

4. Do little, nice things for your partner. 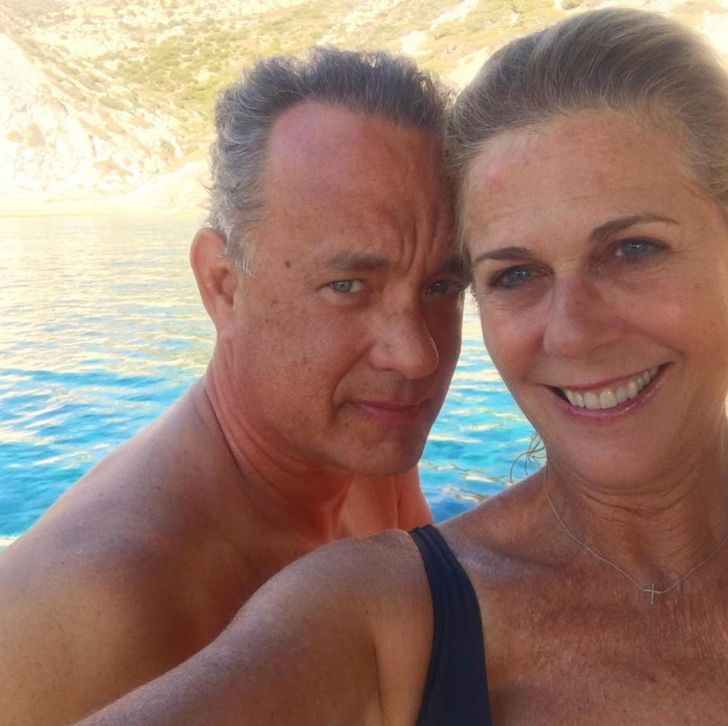 Hanks and Wilson travel a lot. They’ve been to almost every place in the world. Additionally, Wilson travels with Hanks to other cities when he needs to work on movies. And even after years of marriage, they still try to do small, nice things for each other.

“I view my wife as my lover, and we have a bond that goes beyond words like wife or girlfriend or mother. I can’t imagine my life without her. I often leave notes for her near the phone or somewhere in the kitchen. I wish her a good day and stuff like that. I type notes for her using the antique typewriters that I collect — I have more than a hundred. And also, I have a habit of sending a photo report of my day to Rita. I take pictures of everything around me when she is not with me: what I eat for lunch, who I meet, what I shoot. I think she likes it,” Hanks shares.

5. Love your partner for what they are. 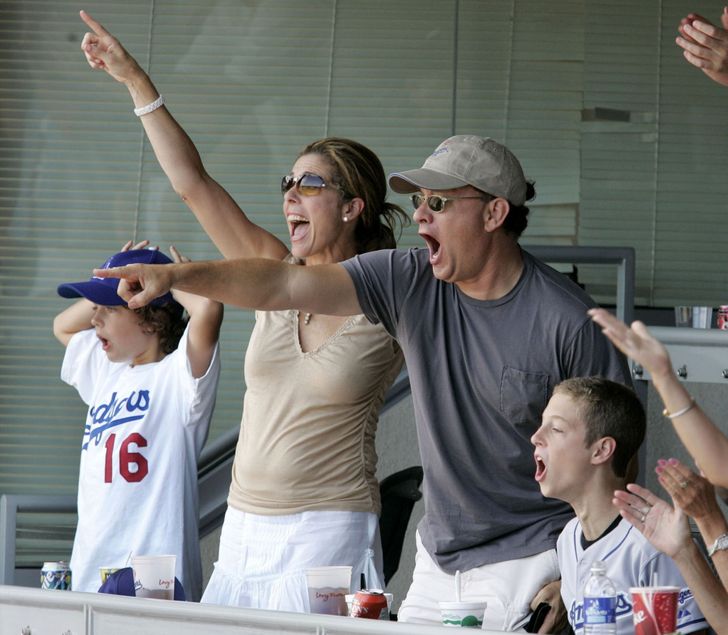 6. The most important thing is to find the right person.

Journalists often try to find out the secret of Hanks’ long and strong marriage. He only laughs and says, “My secret to a happy marriage is just being married to the right woman. I got lucky with the wonderful Rita Wilson. I’m the luckiest man alive.” 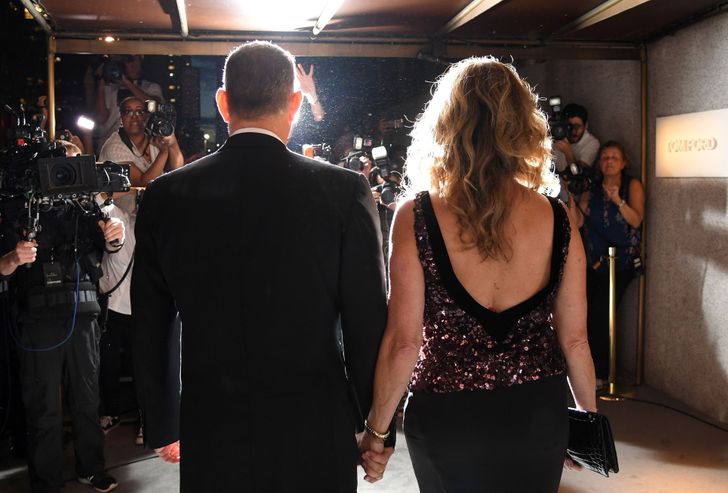 What do you think is the most important thing to have in a successful relationship? Share your experience in the comment section below.