9 Things That May Disappear in a Couple of Decades

50-100 years ago, science fiction books mentioned devices that allowed people to communicate when they were far away from each other, as well as space satellites that could transmit signals. But no one thought back then that all this could become a reality. But now, we have cell phones, the internet, quadcopters, and microwaves in our daily life.

We at Bright Side decided to try to predict what might happen 20 years from now. We don’t want to plan 100 years ahead because we’d like to see the future ourselves. But we don’t know whether the scientists will succeed in solving the problem of eternal life by that time. And 20 years seems like a pretty foreseeable time period.

There will be less plastic. 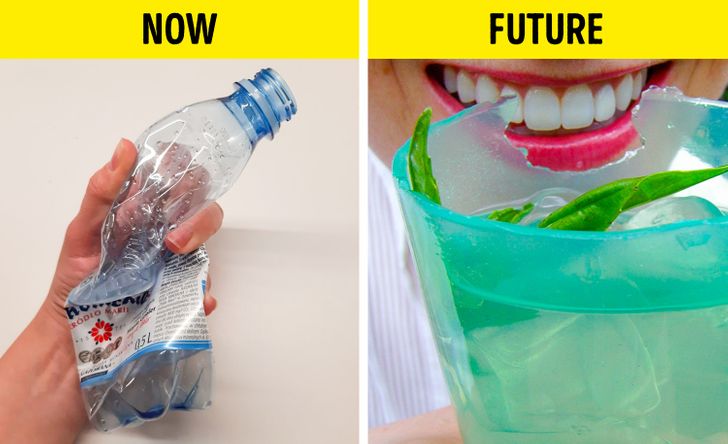 Plastic water bottles and garbage bags definitely won’t last long. Garbage bags that are made from corn starch and biodegradable water bottles are already available. Their production is still quite expensive, so the price of these biotechnologies is high. But this field is developing, and in 20 years, we will probably remember plastic water bottles as a strange phenomenon that, thankfully, will never be used again. 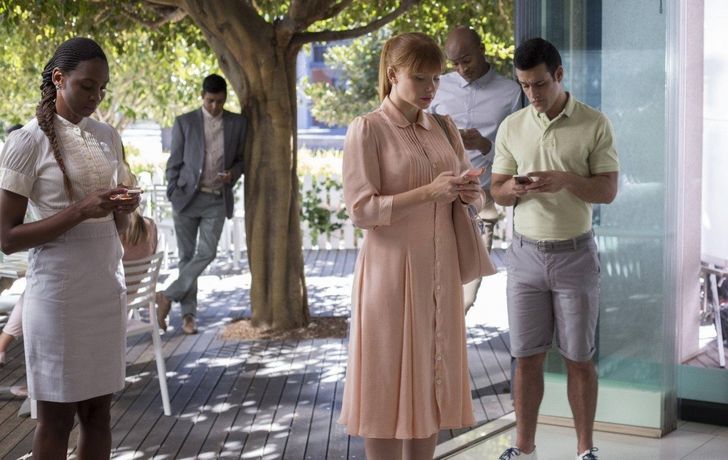 A couple of years ago, an episode of Black Mirror about social ratings was released. And there probably wasn’t a single person who didn’t think that this could be our future. It’s true that we have less personal space now, thanks to social networks, search engines, security cameras, databases, biometrics, and facial recognition systems. It’s becoming more difficult to do anything without letting other people know about it. And this trend has very stealthily become our reality. 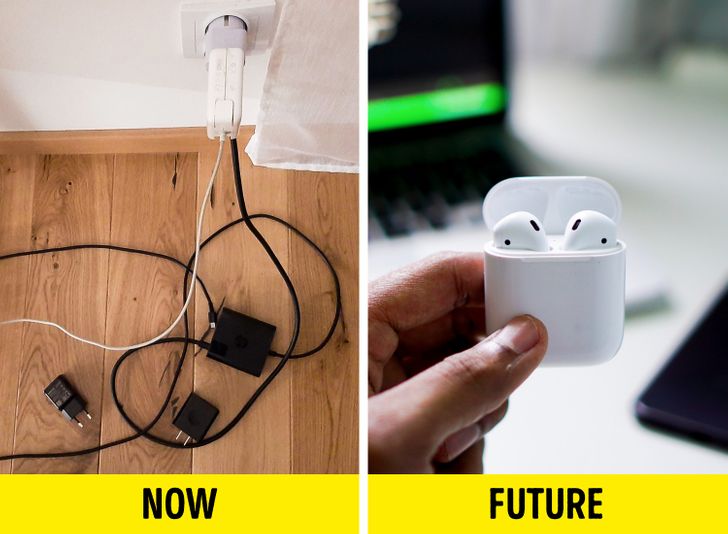 A smartphone with a dead battery might, at the very least, cause nervous laughter and in some situations, might even become the tragedy of a lifetime. It’s especially annoying when we grab a power bank, but at the same time, forget the wire at home, in the car, or in another bag. This problem is so widespread that some companies have taken this issue seriously. And their first steps make us confident that soon, we will get rid of all wires for our phones. Manufacturers plan to install wireless chargers everywhere, so customers will be able to charge their devices anywhere they want and without using any wires. 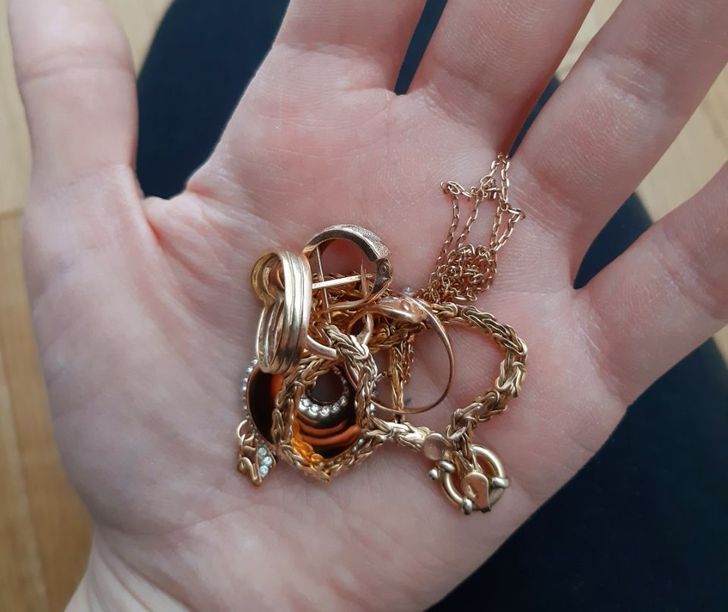 Our planet has limited gold resources, so its depletion is very possible. According to the US Geological Survey, about 50,000 tons of this metal are still in the ground. About 2.5–3,000 tons are mined annually. So we might run out of gold in about 17 years. 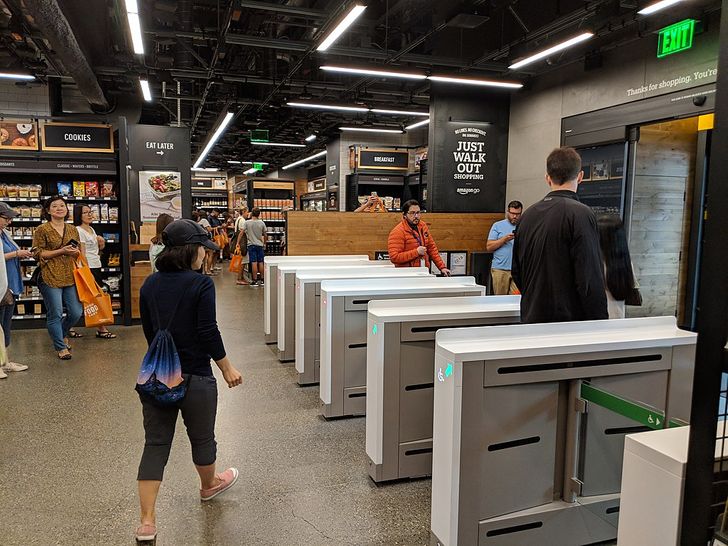 Amazon Go already doesn’t have any cashiers, and money gets withdrawn from the customer’s bank account when they leave the shop.

It seems like the necessity to actually go shopping might change or even disappear in the future, and our concept of retail shops will evolve into something else in the future. Since many customers like to touch or try products before buying them, there will be special shop zones where we can try a product on and test it. For example, customers will have an opportunity to try out sneakers by running on the grass or wear down jackets in a −22°F environment.

Besides, special facial scanners at the shop entry will recognize customers and suggest a personal shopping list for every person who enters the zone. This will help online retailers offer products that correspond to the customers’ preferences. There’ll be no cashier desks and the customer will pay for their purchases automatically when leaving the shop. 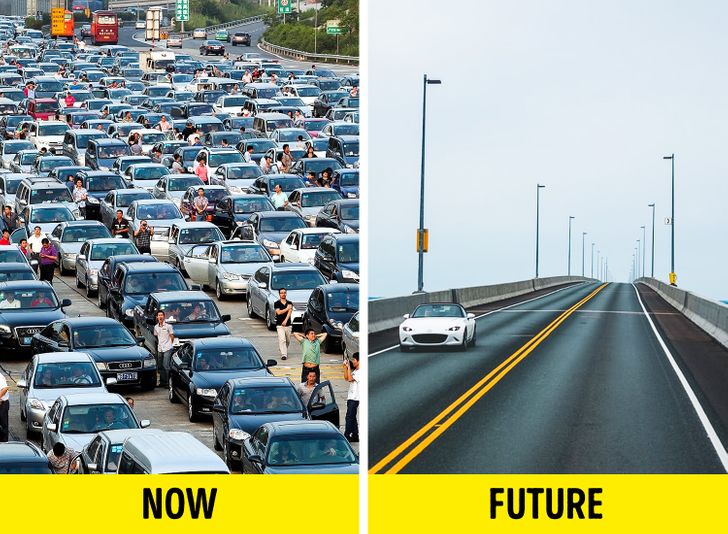 It might be difficult to believe, but many factors point out the fact that traffic jams might disappear in the future. Over time, cars will be equipped with artificial intelligence systems, and their number will significantly decrease. The car computer will determine all possible situations on the road, so the drivers’ errors, that nowadays greatly affect traffic, will be eliminated. However, if a traffic jam appears somewhere, a unified computer system will correct the work of traffic lights in real-time, and the emerging traffic jam will disappear before it has even been properly formed. 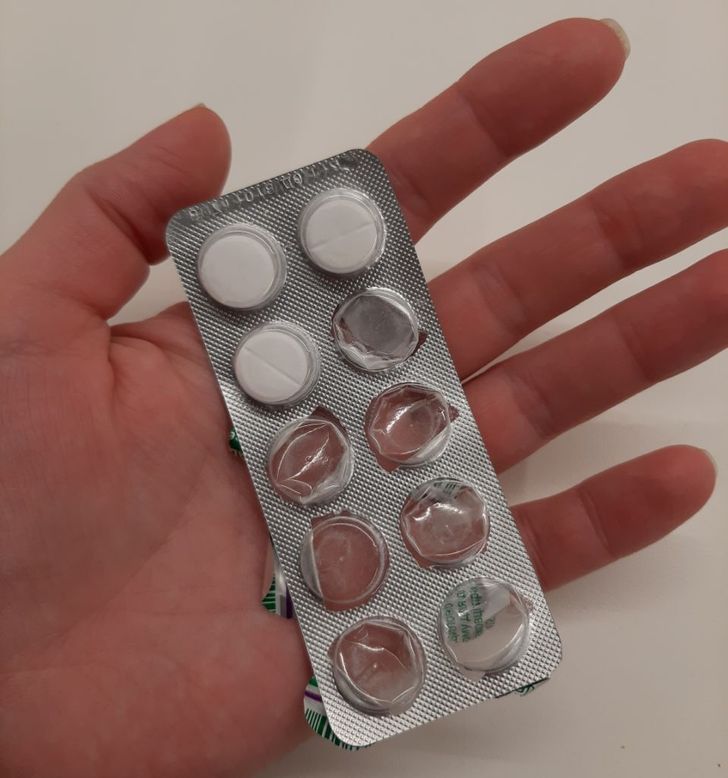 Since antibiotics were invented they have been so overused that, as a result, some types of bacteria have become resistant to them. But in the next 10–20 years, the uncontrolled intake of antibiotics might be significantly reduced. In the near future, we will learn to use bacteria that produce antibiotics against a specific threat. So the patient will be injected with antibodies that can stop the infection of the body’s cells.

But the main goal that scientists want to achieve is to stop fighting microbes and learn to coexist peacefully with them. 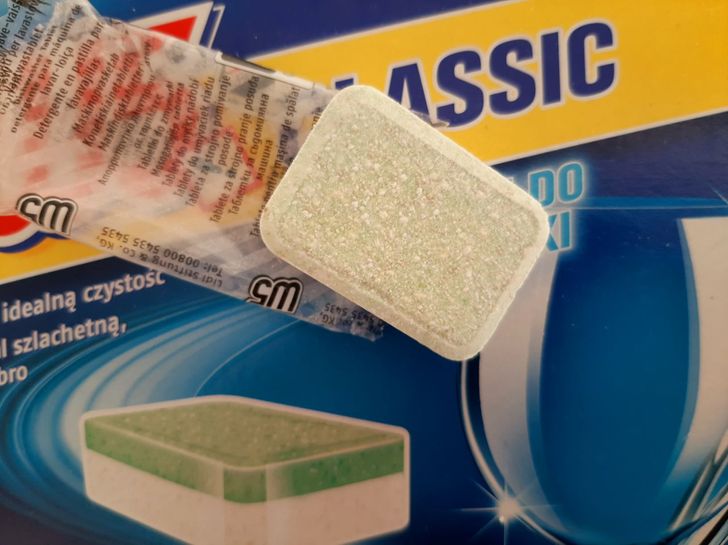 Even tablets for dishwashers contain phosphorus.

If someone said that we’re running out of phosphate rock, few of us will start to worry. But we probably should because we use phosphorus constantly. It’s even widely used in the production of phosphate fertilizers for agriculture. If phosphorus disappears, then many of the products we’ve gotten used to having around might significantly reduce. Now, we use 5 times more phosphorus than we did 50 years ago. The Earth’s population is growing and the consumption of this mineral is constantly increasing.

Scientists say that in about 80 years, we’ll run out of phosphate rock reserves. But if the Earth’s population keeps on growing as it is right now, it might happen much earlier, like in 20-40 years. The good news is that scientists are trying to figure out how to save this valuable mineral and create systems for its reuse.

The hectares of fields sown with wheat, corn, and sunflowers might disappear over time. Cities are growing rapidly, and the area of ​​arable land is quickly declining. But, apparently, this is not such a big problem because vertical farms might replace traditional ones. They look like tall greenhouses resembling storage rooms, where plants are planted on vertical stands.

What things do you think will disappear in the next 20 years and why?